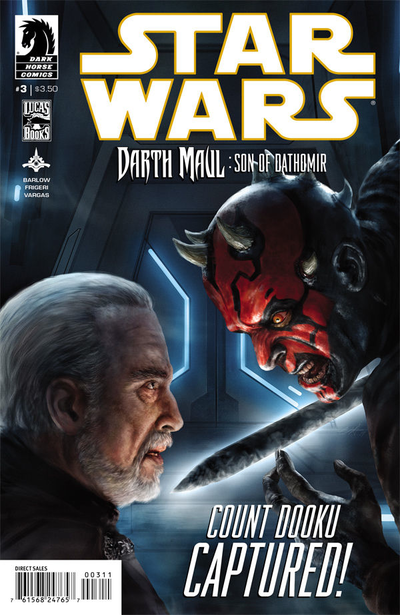 Darth Maul: Son of Dathomir features the eponymous Sith Lord coming face to face with a number of familiar characters on both sides of the Clone Wars.

Star Wars: The Clone Wars was a series cancelled well before its time. That much is certain, and fans were definitely devastated by the rather abrupt cancellation. That said, the creators of the series have found ways to bring back many of the story arcs that were planned prior to the cancellation. Some were turned into graphic novels, some into full novels, and others have been released via the official Star Wars website as animatics.

One of the most interesting and intriguing story arcs of The Clone Wars was bringing back the fearsome Iridonian Zabrak warrior Darth Maul, who as we all remember was sliced clean in half by Obi-Wan Kenobi way back when he was still a Padawan. Bent on revenge, Maul assembled a collective of Mandalorian warriors, underground criminals, smugglers, and countless others, with his agenda made clear. However, he quickly found opposition from both sides of the war, and was promptly defeated by his former master, the Sith Lord Darth Sidious. But, what happened to Darth Maul after his defeat at the hands of Sidious? It was one of the biggest unresolved plot lines of the show.

Fortunately, we get to experience Maul’s ongoing story in the form of Son of Dathomir, a four-part comic series which was collected into a trade paperback, and released by Dark Horse Comics in 2014 (this was immediately prior to Dark Horse losing the Star Wars comic license back to Marvel, and as such, is the only Dark Horse Comics release that is actually a part of the new canon).

Following his capture at Darth Sidious’ hands, Darth Maul is sprung from his prison by his allies, only to find that his numbers are dwindling. Despite this, Maul heads back out to the front lines, waging war on both the Separatists and the Republic, seeking on revenge on all of those who wronged him. As the story progresses, Maul must battle old and new foes alike, forge unlikely alliances, and join forces with the Dathomirian Mother Talzin to help her achieve her and Maul’s ultimate goal – the death of Darth Sidious. 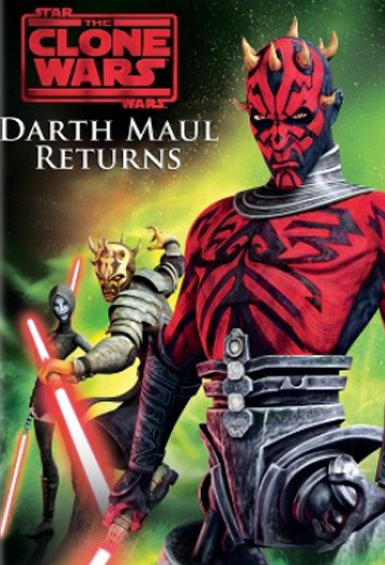 The Clone Wars featured Darth Maul's return, refitting him with metallic legs and taking revenge on the galaxy.

I waited a long time to read this comic story arc; the incompletion of Darth Maul’s story arc was one of my biggest problems with the cancellation of The Clone Wars. While there are some interesting scenes throughout this story, it just feels like too much is being thrown at the reader too fast, and that the overall story does not really accomplish much. By the time it is all said and done, it feels like the status quo is more or less reset, with neither side of the war having gained any ground, and with Maul no better or worse off than he was before (aside from no longer being a prisoner). This fan is curious to see if he will pop up again in later Star Wars stories though.

The other big issue I had with this comic was the artwork, which just did not feel very Star Wars-ish. That is not to say these are not talented artists, but the whole thing feels bland. Count Dooku only barely resembles his Christopher Lee incarnation in the films (though this may be deliberate to avoid using Lee’s likeness). The more recent Marvel stories definitely “feel” more like real Star Wars, but any die-hard fan of the old Expanded Universe (rebranded as Star Wars Legends) knows damn well that Dark Horse pulled off their share of great (and great looking) Star Wars titles in the past, including Dark Empire and Shadows of the Empire. The artwork is serviceable and gets the job done, but does not do much else.

If you are a die-hard fan of Darth Maul and want to see where his story goes after The Clone Wars’ cancellation, this is an interesting read. However, more casual fans may want to avoid this one and focus on the new Marvel Star Wars comic stories instead. Not much happens in the grand scheme of things to advance either side of the war, and Maul is more or less still “at large” when it is all said and done. I can give this one a moderate recommendation for die-hard fans and the curious, but nothing more.

This scene features Darth Maul battling Darth Sidious; it is the last time we see Maul on screen in The Clone Wars. The comic reviewed here is a continuation, and what takes place after this battle.

Autograph - "Every Generation" is the latest ...