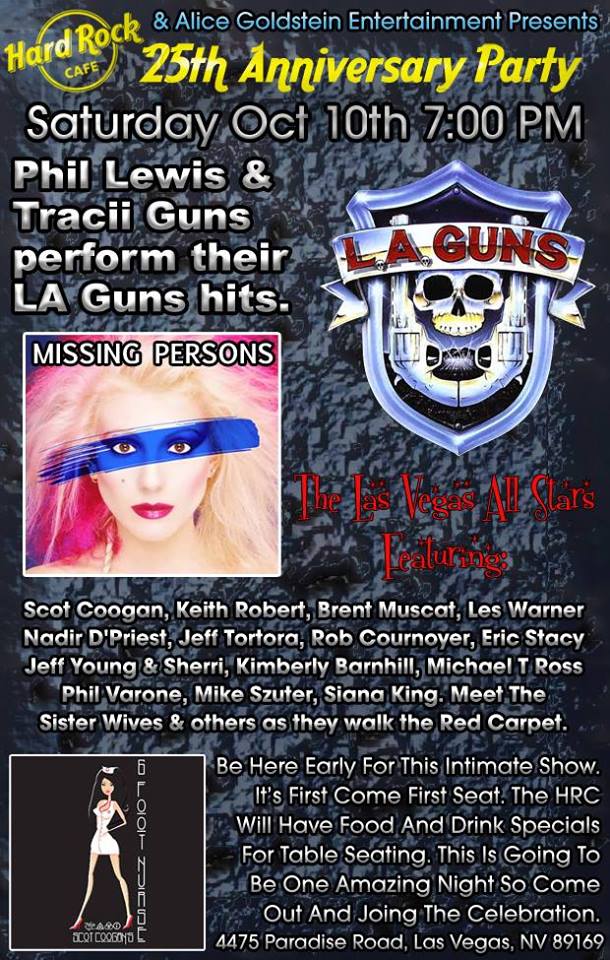 The event was done in partnership between The Hard Rock Cafe and Alice Goldstein Entertainment whose company lined up all the stellar talent.

It was one of the more memorable nights on the Las Vegas music scene as the city's most notable musical talents gathered at the Hard Rock Cafe on a balmy Saturday night.

Billed as the 25h Anniversary Celebration of the Hard Rock Cafe on Paradise and Harmon, the night began with a star studded red carpet filled with local and national musical legends, reality show stars, and other celebrities. 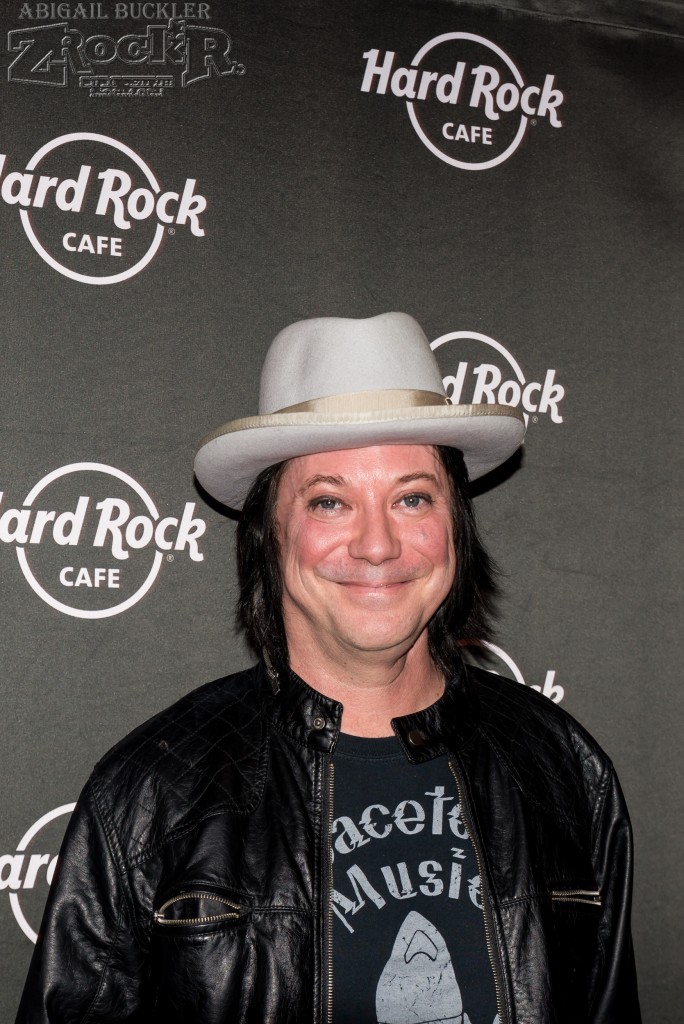 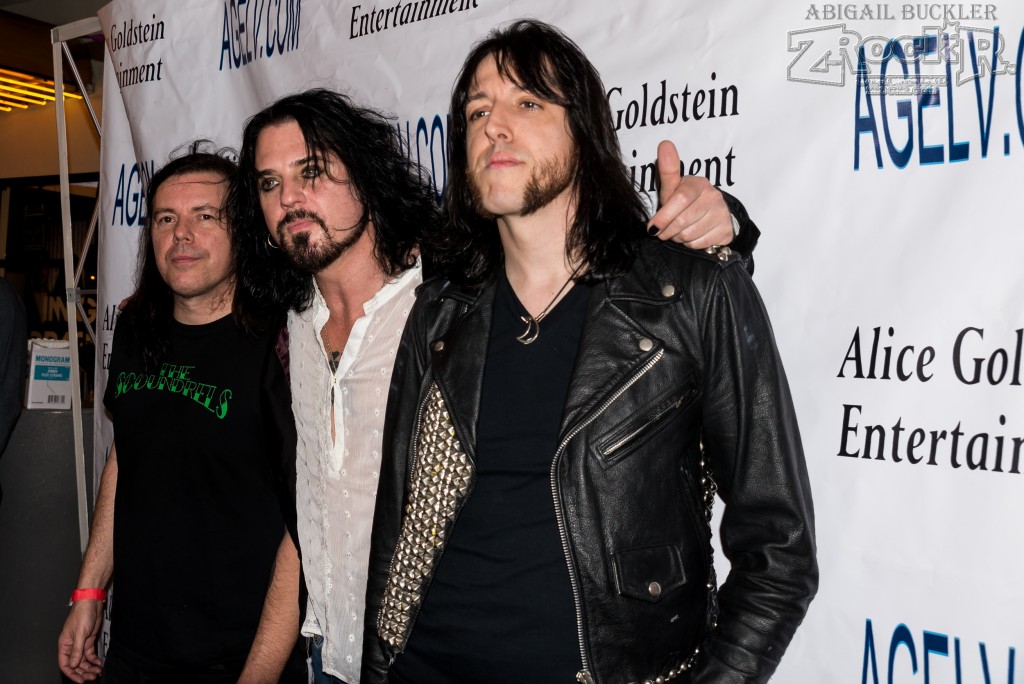 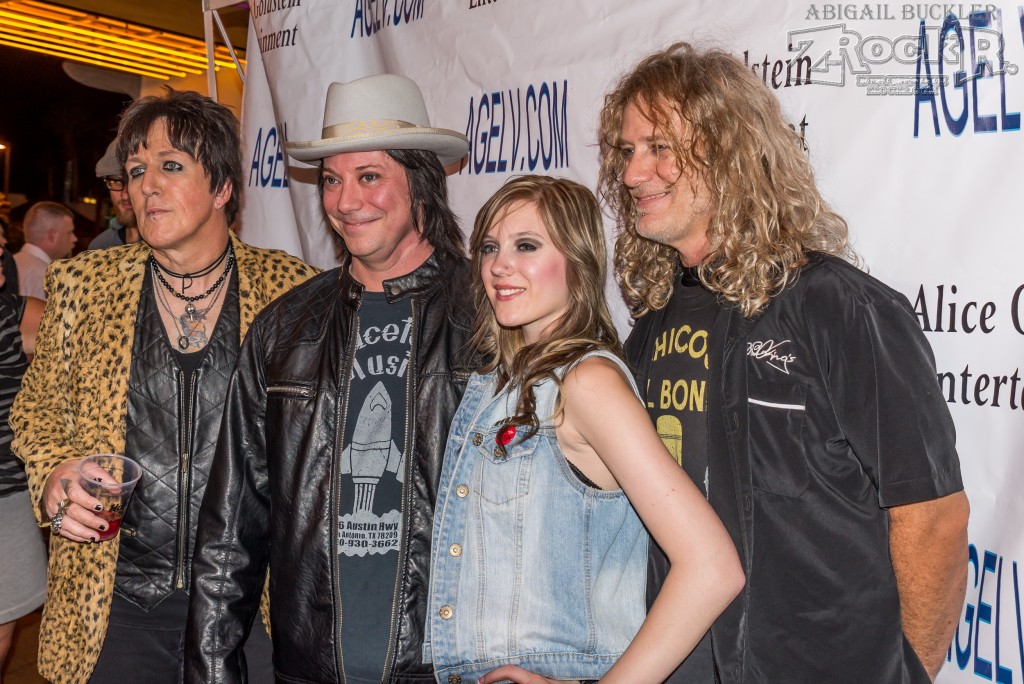 The crowd was whipped into a bigger frenzy as 80s legend Dale Bozzio performed several of her Missing Persons hits, sounding as fantastic as she did during the dawn of the music video age. 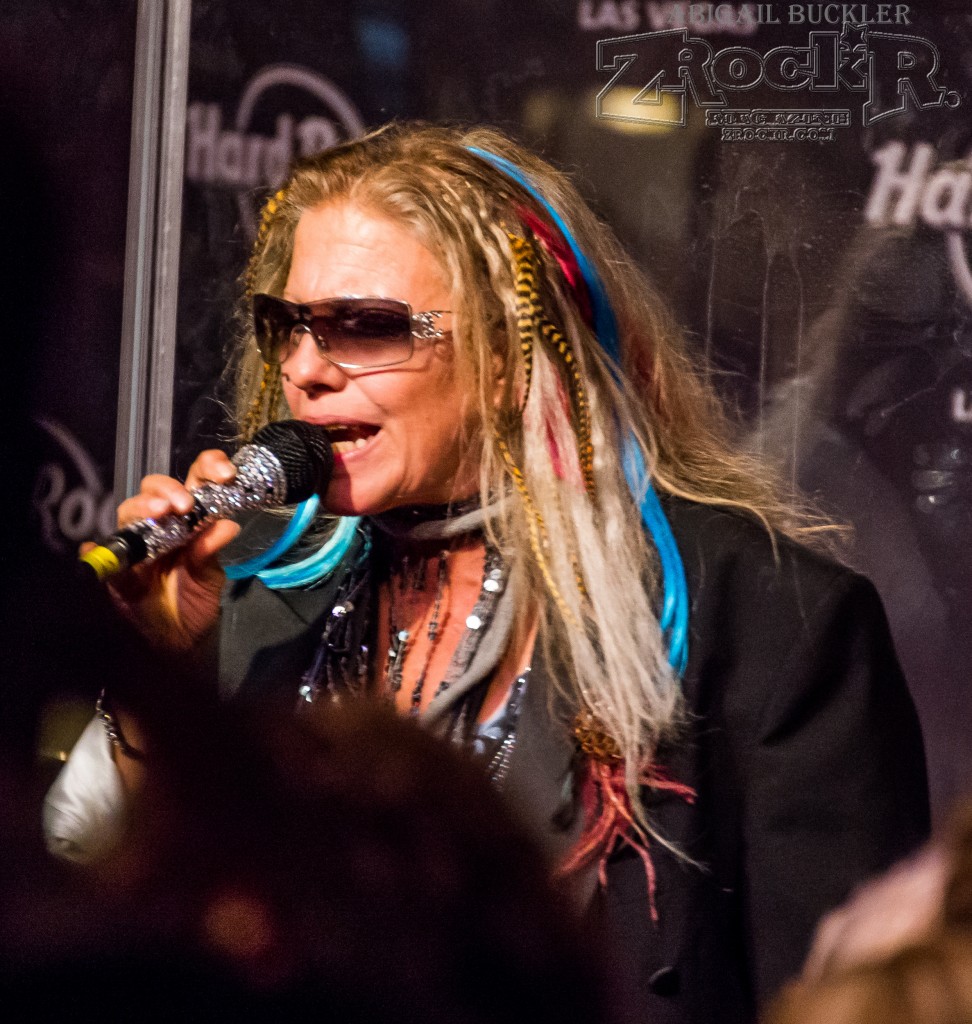 The evening was capped off by a rocking, high energy performance by Phil Lewis of LA guns who was joined on stage with former band mate Tracii Guns to the delight of everyone in the audience. 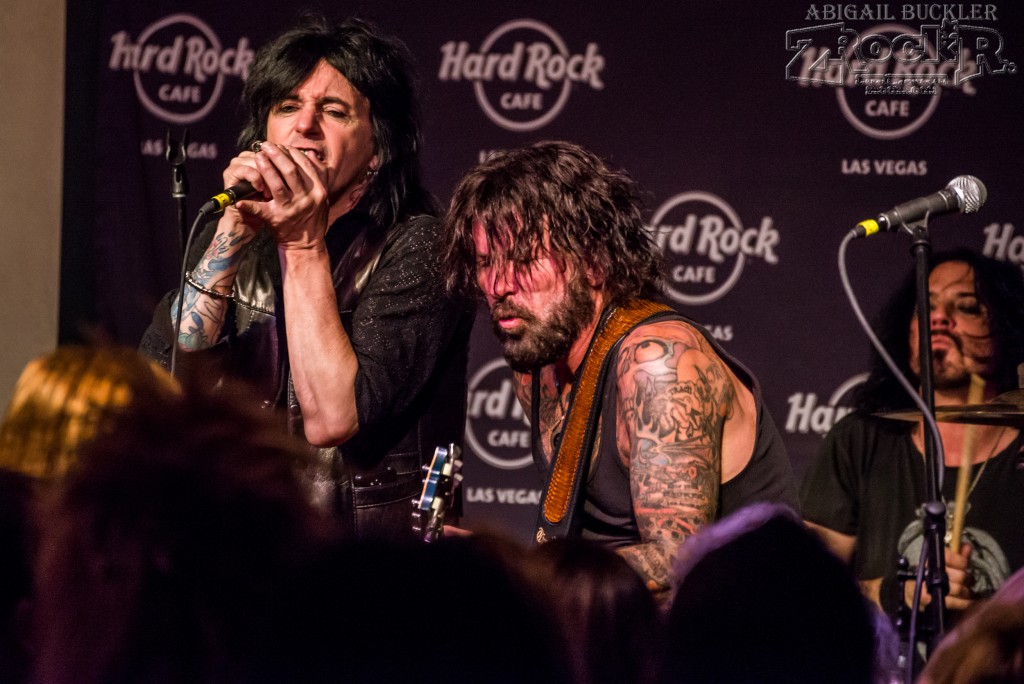 Phil Lewis and Tracii Guns- together again for this special night!

After nearly six hours of straight up music and celebration, it can't be denied that Las Vegas has the best music community in the country. 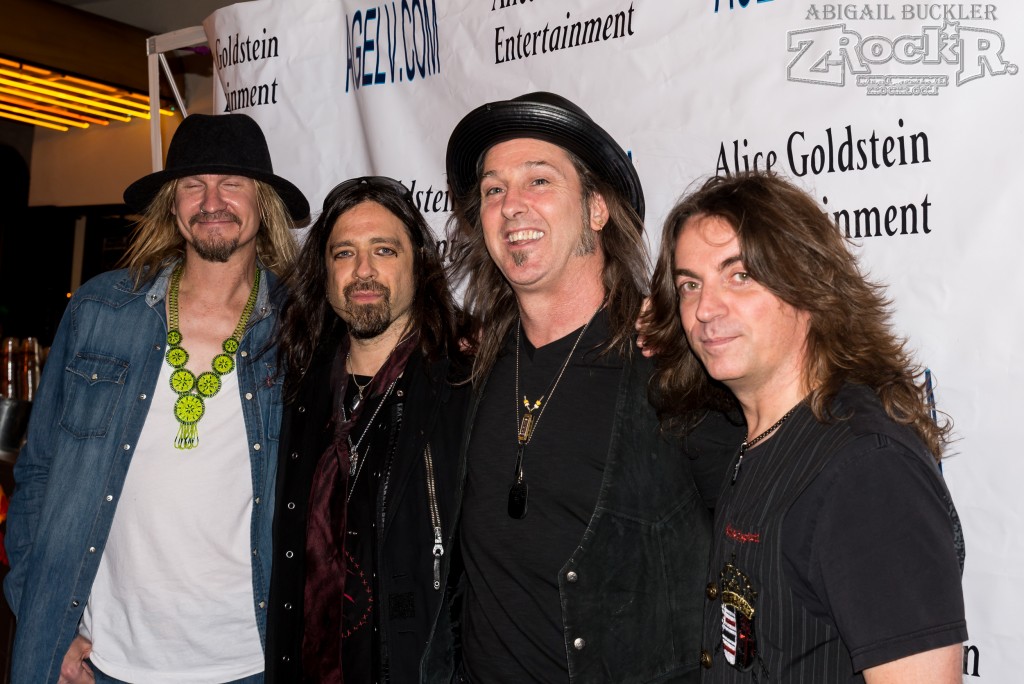 Our photographer, Abigail Buckler,  took SO MANY great photos of the night- we of course have to show you a few more!  Enjoy!  - S 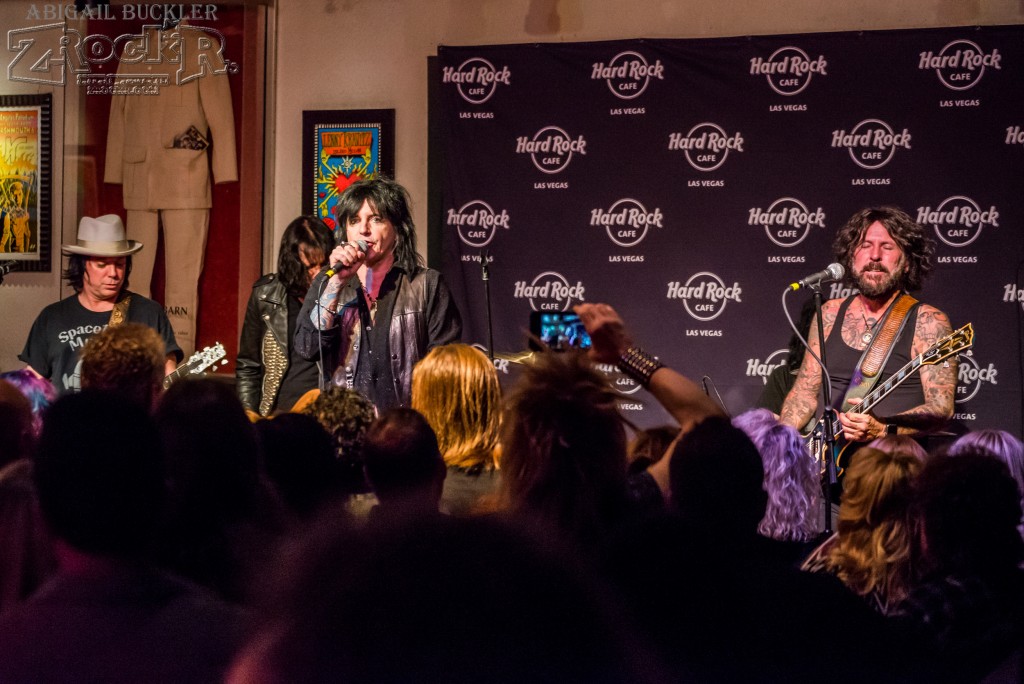 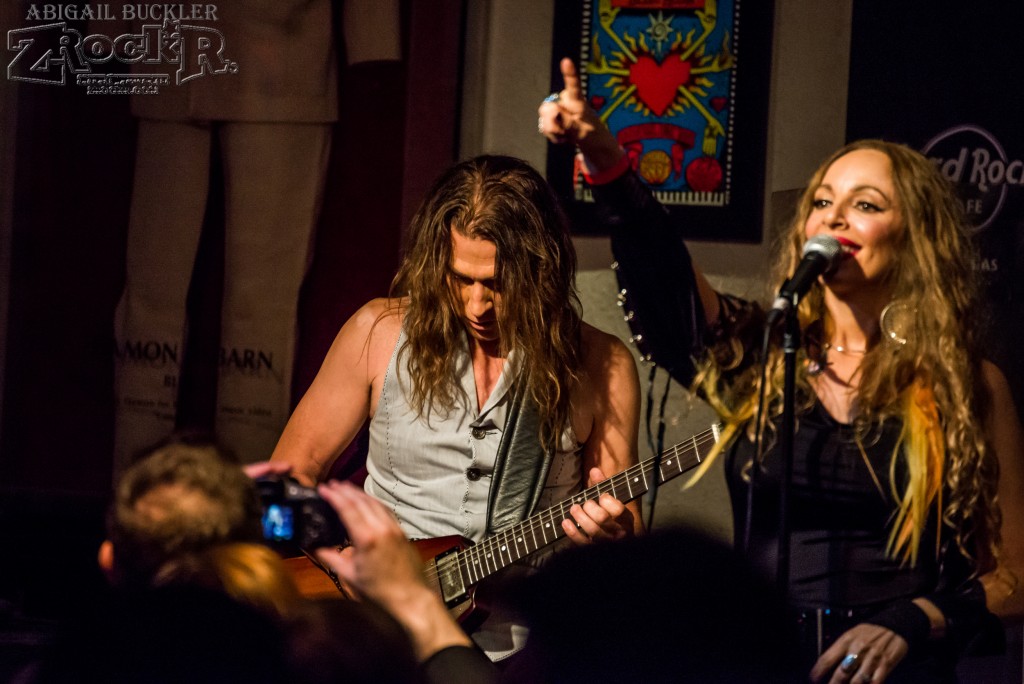 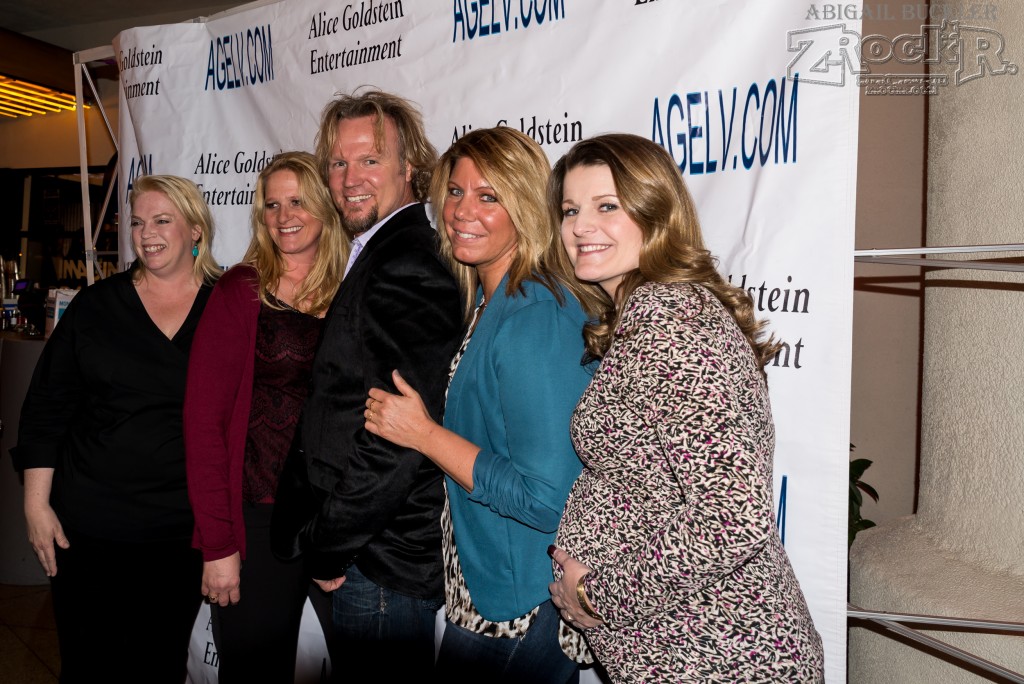 Sister Wives on the Red Carpet 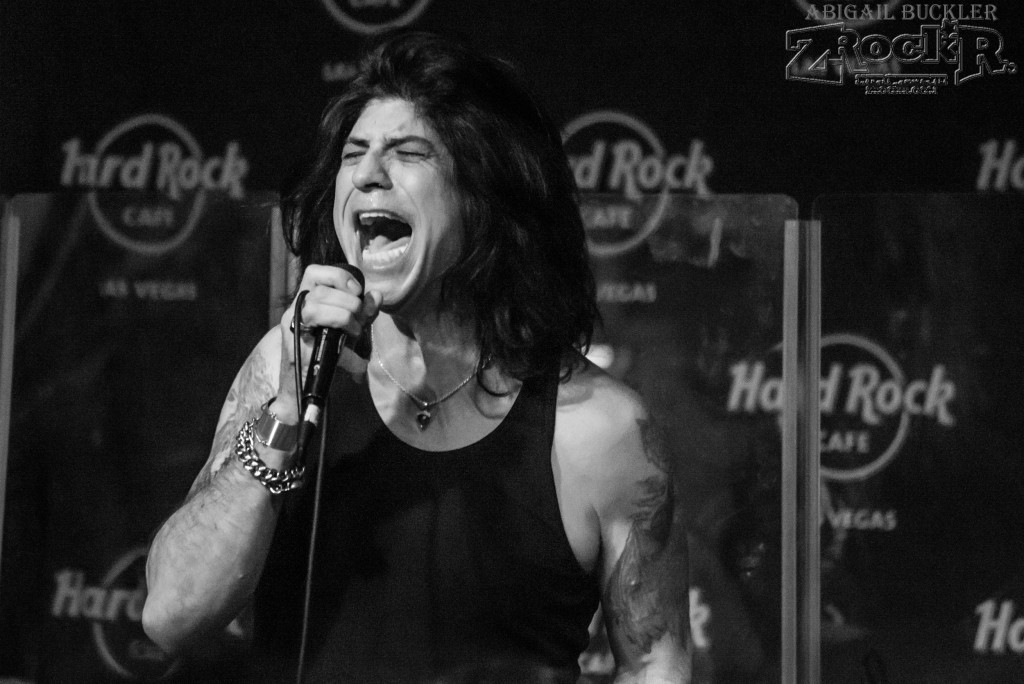 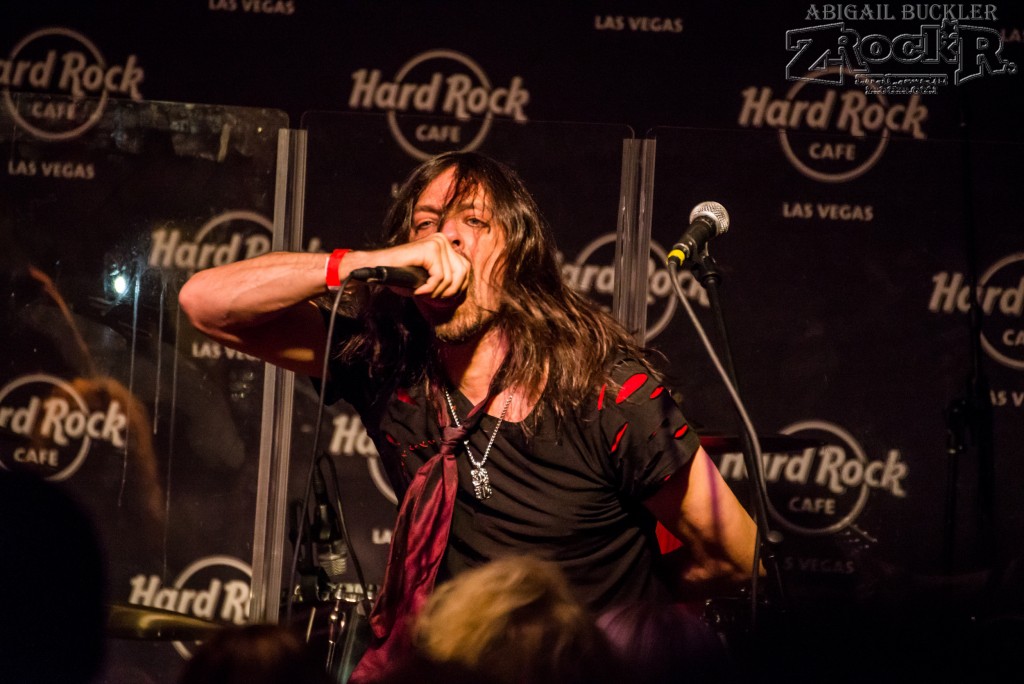 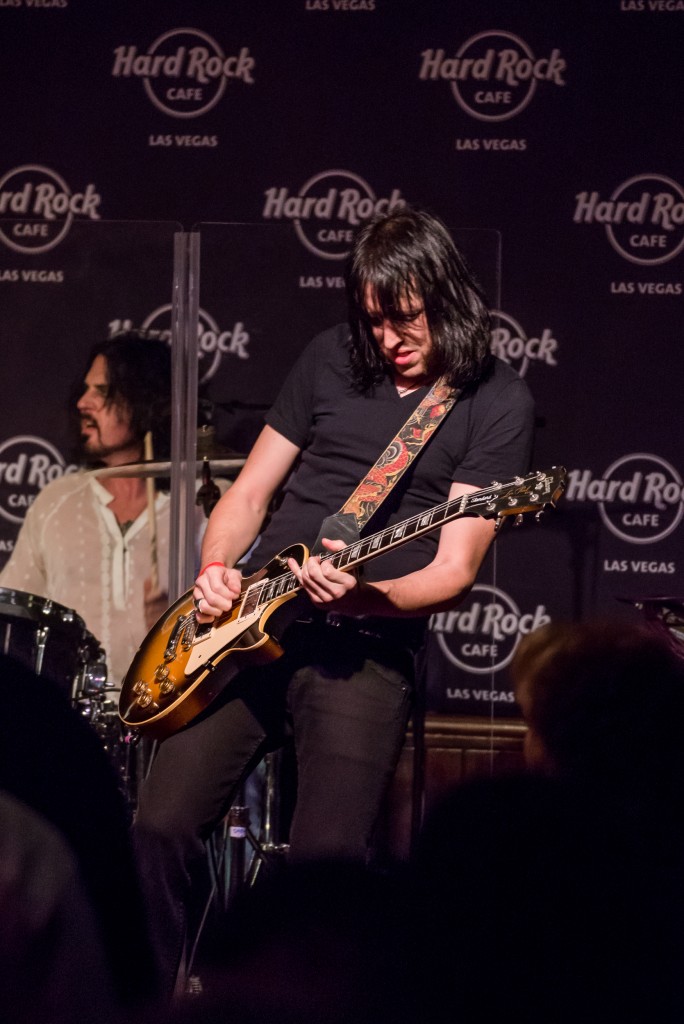 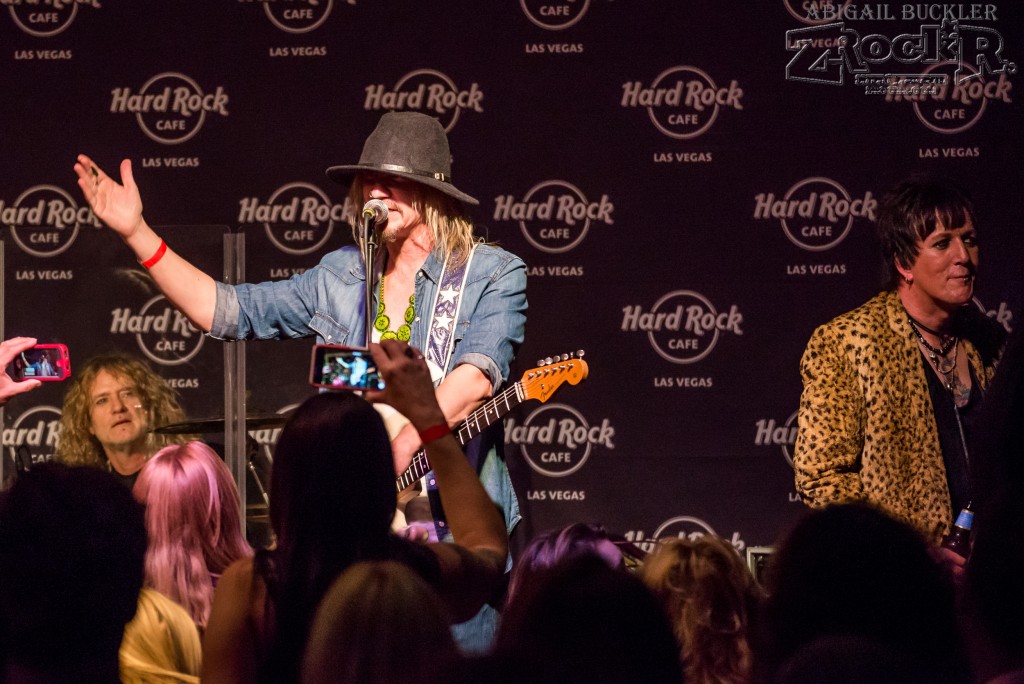 Stoney Curtis and Eric Stacy with Rob Cournoyer on drums

" None of your business." - Mink ( yah, she won't tell us anything that we can publish- but she can write! No doubt there!)