Count's Vamp'd certainly doesn't have a shortage of outstanding shows to see regularly if you're any kind of hard rock or metal fan. And this one certainly stood as one to check out. Why? Because of the players recreating the intricate and challenging music and vocals of none other than Rush. I've seen bands do one or two songs by them over the years, but never have I watched a tribute to the band live. Until this night.

A star studded night it was as well, complete with an introduction by the illustrious Eddie Trunk. It was their debut public performance to boot. The band is comprised of the following members:

Brent Woods, formerly of Wildside, Vince Neil's band, and currently in Sebastian Bach's project, was Alex Lifeson for the night.

Brian Tichy, an amazingly in-demand drummer who's highest profile work has been with Whitesnake, Slash's Snakepit, Foreigner, and Ozzy Osbourne, played the part of Neil Peart. Check Wikipedia for his resume; it's quite impressive and extensive. 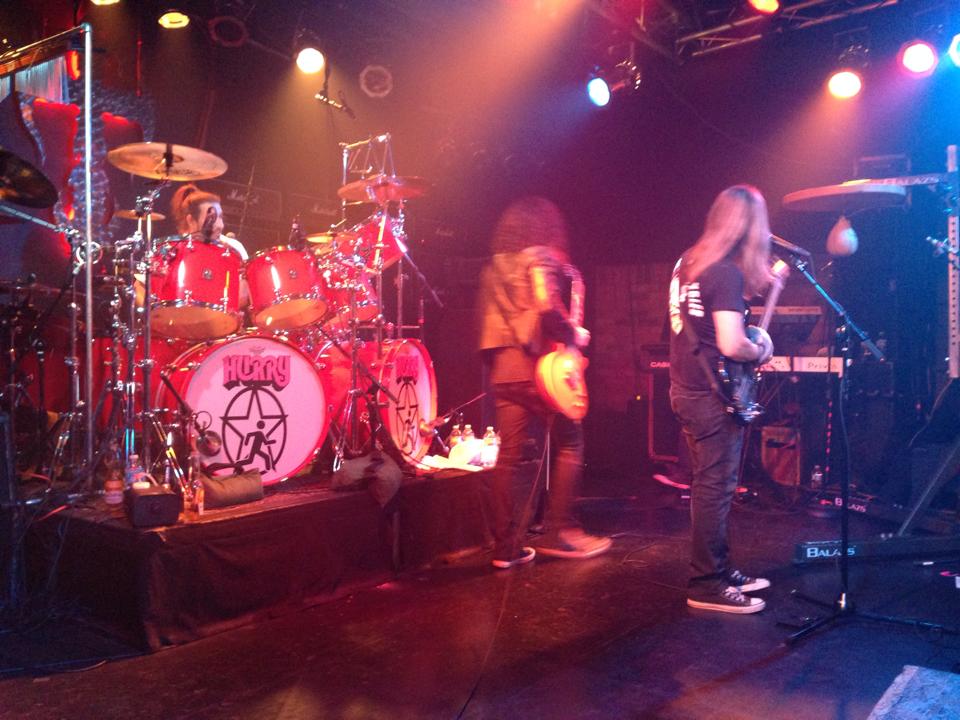 KIcking off the proceedings after an amazing set by Blue Collar Bastards, a tribute to Primus (which I missed but hope to see sometime), Hurry's set started with the deep track "Witch Hunt" off of the Canadian trio's multi-platinum Moving Pictures. An odd choice as an opener, you say? Sure. But it set the tone for the surprises to come. Who would expect a greatest hits set if you're going to see a Rush tribute or even Rush themselves? Only a soccer mom. And, of course, those people probably stayed home that evening. The first two movements of the multi-part epic "2112" followed, as no serious act paying tribute to the Great White North's premier power trio could ignore that landmark 1976 LP.

It was certainly refreshing to hear "Subdivisions," a less obvious song to cover, and one that required a lower vocal range. That's not to say that James isn't a good lead vocalist, he certainly got the job done while covering the often busy basslines, but if their whole presentation was comprised solely of 70s material and no instrumentals, I'm sure his pipes would've been a tad overwhelmed. Thankfully there was a "relief guy" standing in the shadows to do the heavy lifting later. No disrespect at all to Mr. LoMenzo, I just call it like I see/hear it and the list of numbers was well planned in advance. 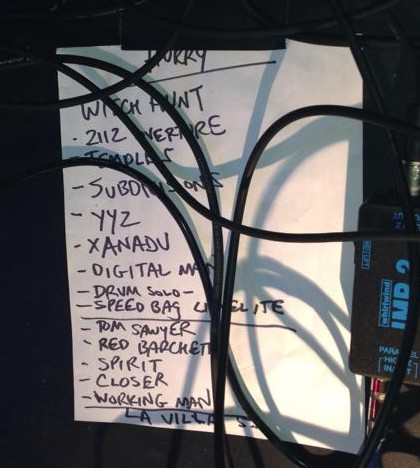 Setlist for the Hurry show.

Instrumental time to give the shrieking vocals a brief respite was filled by the obligatory "YYZ" and this one never fails to amaze when being executed; true Rush fans hang on every note, so you'd better not goof it up. Of course, these four seasoned pros didn't disappoint. Au contrere, mon frere!

Stretching out on the 11 minute plus "Xanadu," one of two songs performed off of A Farewell to Kings, Mr. Woods got to show off his formidable six string stylings.

Although they had a written setlist, it seems that Sebastian Bach, the guest vocalist of the night, was chomping at the bit and came out early to shine on the next five compositions. The one-two punch of "Tom Sawyer" followed by "Red Barchetta" showed the former Skid Row frontman in fine form on lead throat, as did his rendering of "The Spirit of Radio." He even made time to toast the crowd with a glass of red wine before plowing into the other A Farewell To Kings track of the night, the tender "Closer to the Heart," which preceded the everyman anthem "Working Man" off of Rush's debut. 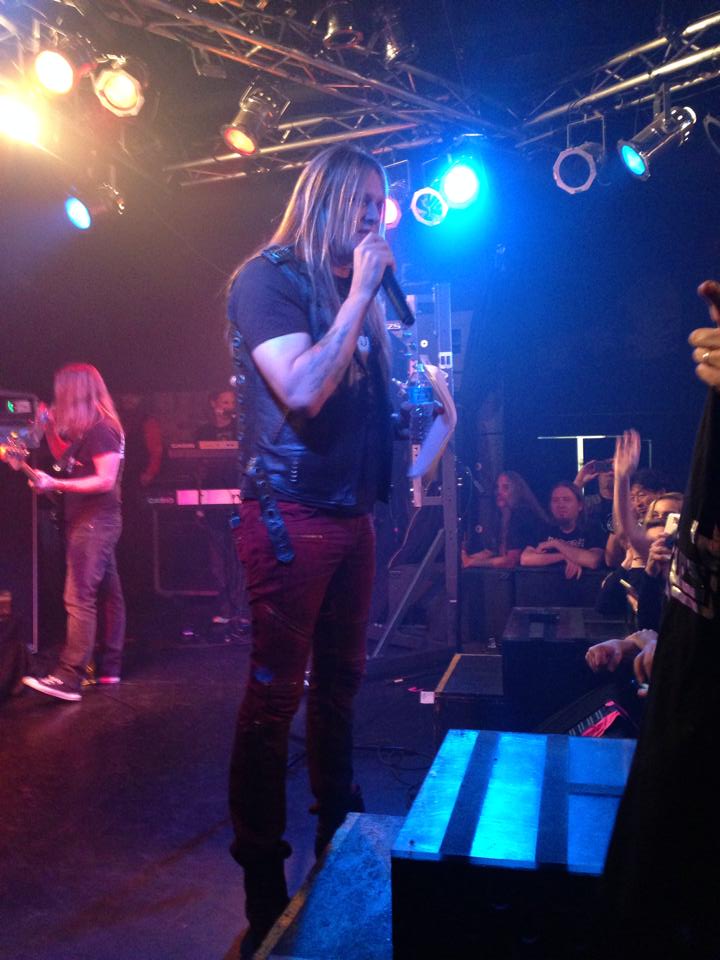 An all-star evening of classic Rush tunes, served up by some of the top names in the industry!

If it was slightly predictable that Rush's most popular release, Moving Pictures, might be the one most heavily recreated on the lighted stage, the gig was certainly counterbalanced by the left field chestnut "Digital Man," a Police-like bouncy ditty off of 1982's Signals.

Of course, no Rush cover band paying tribute to the masters of progressive hard rock would leave out a drum solo. That would be sacrilege. So not only did Brian do his best Peart imitation but he did it on a kit that duplicated Neil's late 70s excessive homage to percussion, complete with all of the toms, cymbals and chimes necessary for the full experience. To put his own twist on things, this was followed by the speed bag solo promised in the ad for the show, done to the strains of "Limelight," the only time an actual Rush recording of any kind was used.

As if one instrumental wasn't enough (which it never is if you're a dyed-in-the-wool Rushian), "La Villa Strangiato" closed out the show.

All in all, for a Saturday it was a decent turnout, and although it was a free show, a nominal cover wouldn't have been out of place, as the band certainly delivered and then some. As always, if you've missed any concert that I've reviewed, be sure to attend next time!

All photos by the author.

Def Leppard Are Back With Their First ...