Home›Reviews›Def Leppard Are Back With Their First Studio Album In Seven (7!) Years... It Is Self Titled... and.... It was WELL Worth The Wait!

Def Leppard Are Back With Their First Studio Album In Seven (7!) Years... It Is Self Titled... and.... It was WELL Worth The Wait! 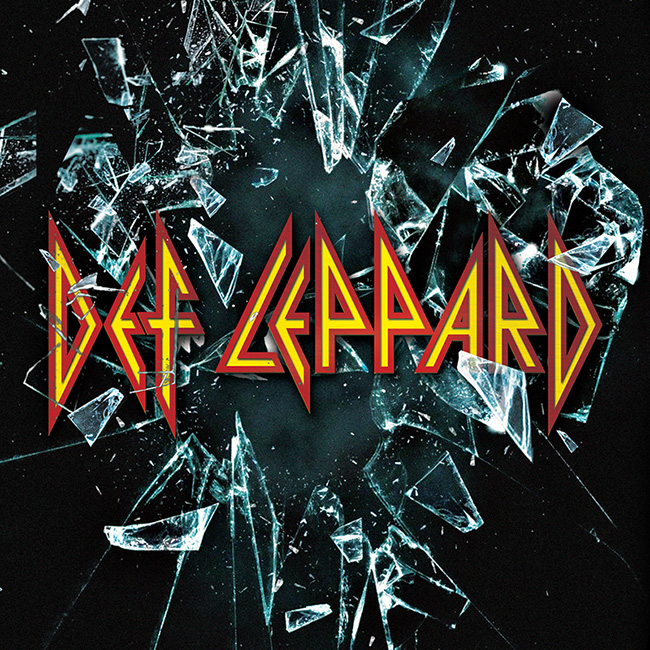 Def Leppard's self titled album, their first in 7 years is available NOW!

Seven years. SEVEN VERY LONG years since we’ve heard a new album out of Def Leppard.  For those of us die-hard Lep fans, it has been highly anticipated and the excitement as the release day approached almost put us into hysterics.  Since Songs from the Sparkle Lounge dropped in 2008, Def Leppard has been on several very successful tours with bands including Poison and Styx, a co-headling tour with KISS, a Vegas residency in 2013, and an upcoming rock n’ roll cruise properly titled “Hysteria on the High Seas” which sets sail in late January 2016.  This makes 11 for the 2X diamond-selling band from Sheffield.

The wait was worth it! The band offers up just what us fans wanted – Def Leppard music that sounds like, well, Def Leppard.  With its first single “Let’s Go,” which has been featured on the NFL’s Monday Night Football, artfully crafted exactly for that – a song that entices those who are ready for some action and a head on confrontation.  Def Leppard serves it up on this record. 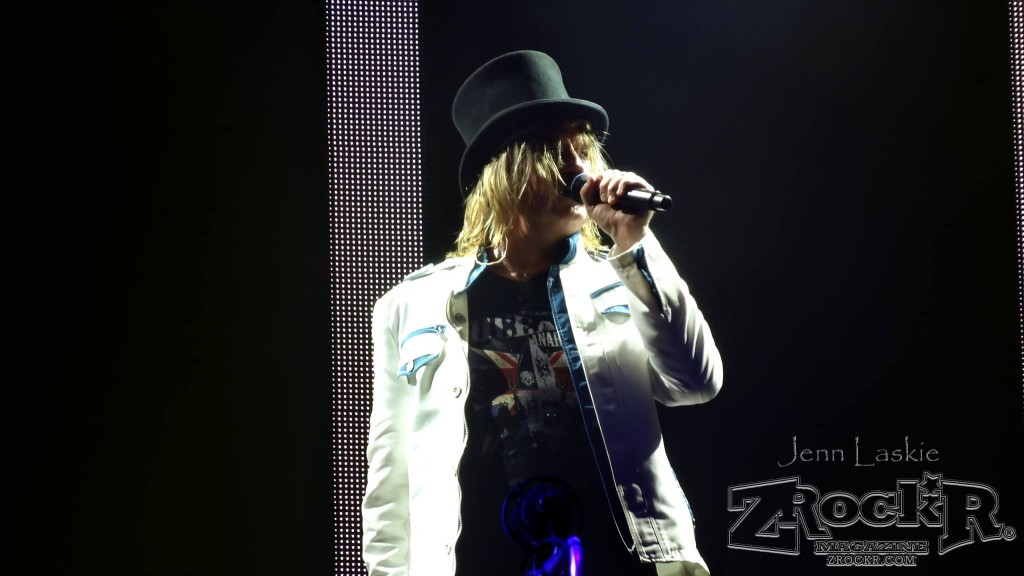 A few new twists for veteran Def Leppard fans – less love, a little bit of fight, and even a bit of funky.  The album only features two ballads which is a far fetch from earlier albums such as Hysteria and Pyromania.  With the song “Man Enough,” DL offers up something they have never tried, not on any album – a full backing of mostly bass with some guitar falling in later in the song.  By far, I have to say between this song, and the slow ballad “We Belong,” they are definitely my favorites.

As a collaborative effort, the new album all encompasses every bit of Def Leppard that we’ve grown to rock out to over decades and decades.  Since 1979, Def Leppard has offered us some timeless, pure rock n’ roll tunes that we’ll never be able to “let go.” Def Leppard is known for their five part harmonies and extensive guitar riffs. On this album, we hear a bit more bass from Rick “Sav” Savage and even on "We Belong" we are given the treat of hearing all five guys as lead vocalists.  And I have to say, it turned out incredibly fitting, as each one offers up their own personal touch to the song.   I hope to hear more of this in the future, should they decide on recording another album.  One of lead singer Joe Elliott’s best vocals is "Last Dance," one of only two ballads on the album,  while "All Time High" gives us that high-energy we typically see on a DL record.  Drummer Rick Allen is still going strong as proven throughout the entire release. 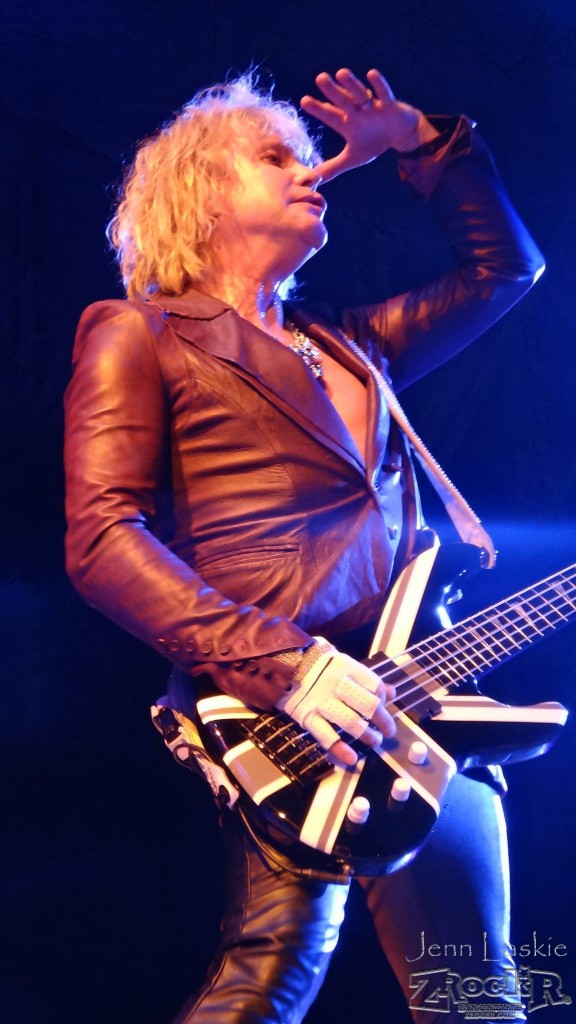 How is it a band lasts this long in a genre that has been claimed by many to be dying?  They’ve stayed true to their music – the sound and music of raw Def Leppard.  While that is not to say they haven’t tried some innovative sounds and even went a bit on the pop side with Slang, some of the band members loved the album less.  Even during the trial that was Slang, I enjoyed it. Slang landed in 1996, during the time of significant change in mainstream music. The band decided to try something different while still attempting to remain true to their sound.  Some fans would argue otherwise, but I still feel like it was a success in what they were trying to do.  No doubt, hearing the song "Slang" live will get you on your feet and get everyone in the crowd to move.

During a recent Periscope Q&A, Joe Elliott and Phil Collen joined about 400 of us Lep fans and answered a few questions regarding the new album, the making of, and even what we can expect on the upcoming tours. Most of it was regarding the new album, of course, and Joe returned by saying that THIS is Def Leppard.  They no longer had to reach for making anyone else happy with it. Done by them, FOR them.  Recorded in three sessions in Joe’s Dublin studio, the album took many years to put together.  And as I’ve said, it was worth the wait.  Listen to it. Listen to the ENTIRE album.  You’ll feel like you’re back in the 80s, not 2015, listening to a new DL EP.  And Def Leppard absolutely did what they came to do. 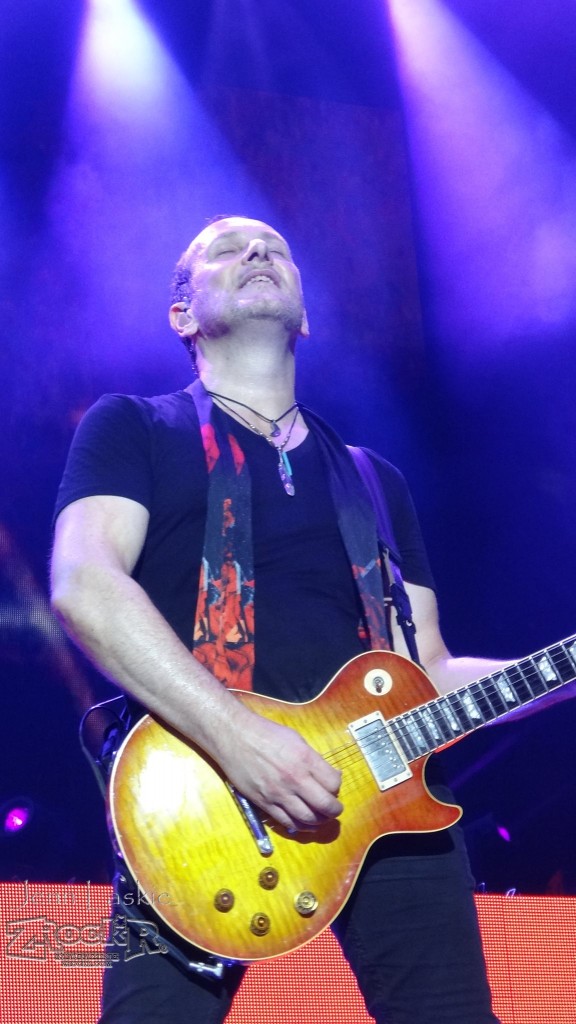 Editor's Note:  You can get info on how to order the official fan pack or how to order outside of the USA and UK by going to DefLeppard.com-

Part of the team in the midwest- Jenn has been working in art since she could crawl. Artistic talents coupled with a love for driving beats and metal music we knew Jenn was the perfect fit for the gaggle of talents that make up the ZRockR artistic denizens and we are so happy she is here! Photo credit: Jenn Laskie and Helen Collen ©2013 Jenn Laskie Used with Permission All rights reserved