Home›Reviews›Hate Eternal Come Back to Vegas: And It's Just As Epic As Ever

Hate Eternal Come Back to Vegas: And It's Just As Epic As Ever

In a world with extreme metal tearing you apart, and disinterring your ear drums from your head, there are a number of genres that one could argue are more prominent than others. Ranging from Death Metal, Black Metal, Power Metal, Progressive Metal, Technical Death Metal, Thrash, the list is practically never ending. There are so many sub genres of metal, it can be borderline crazy. 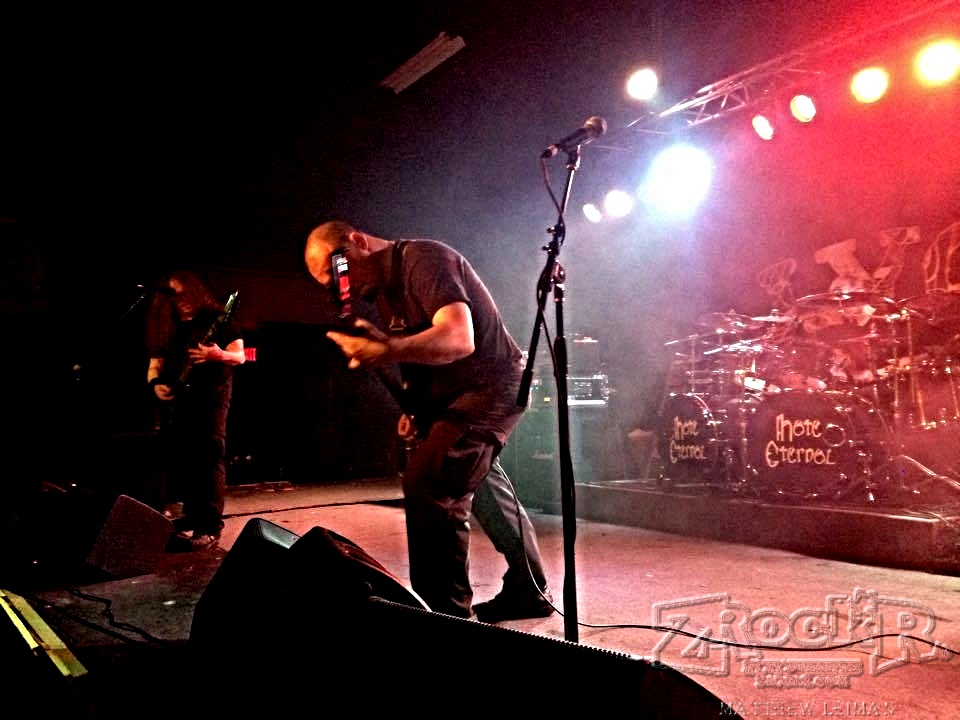 Regardless of how you look at this band, there is one thing that is for certain. They are Death Metal. They are in the more technical realm of the genre. This band is called Hate Eternal, and they hail from St. Petersburg, Florida. Fronted by one of my personal favorite metal front men, Erik Rutan. This guy has been in a couple of really important bands within the metal community. His first debut was in the 1991 album Dreaming With the Dead by Ripping Corpse. This album is a perfect fuse of Thrash and Death Metal, at one of its finest points. Regarded as a classic with more “kvlt” metalheads, it is definitely a staple with the ones who are aware of its influence. With a more respective stance, he went on to join Morbid Angel in the 1995 album Domination. More respectively, after he left Morbid Angel he came back and recorded my favorite Morbid Angel album, Gateways to Annihilation in 2000. Before this album, in 1997 he formed Hate Eternal, and in 1999 the band released their first record, Conquering the Throne with Tim Yeungs’ debut drumming performance on actual recording. Rutan also runs and operates his own recording studio in Florida as well. The dudes produced some pretty noticeable albums within the metal community, producing albums for bands such as Cannibal Corpse, Malevolent Creation, Vital Remains, Devourment, and Goatwhore. The guy has definitely left his mark. 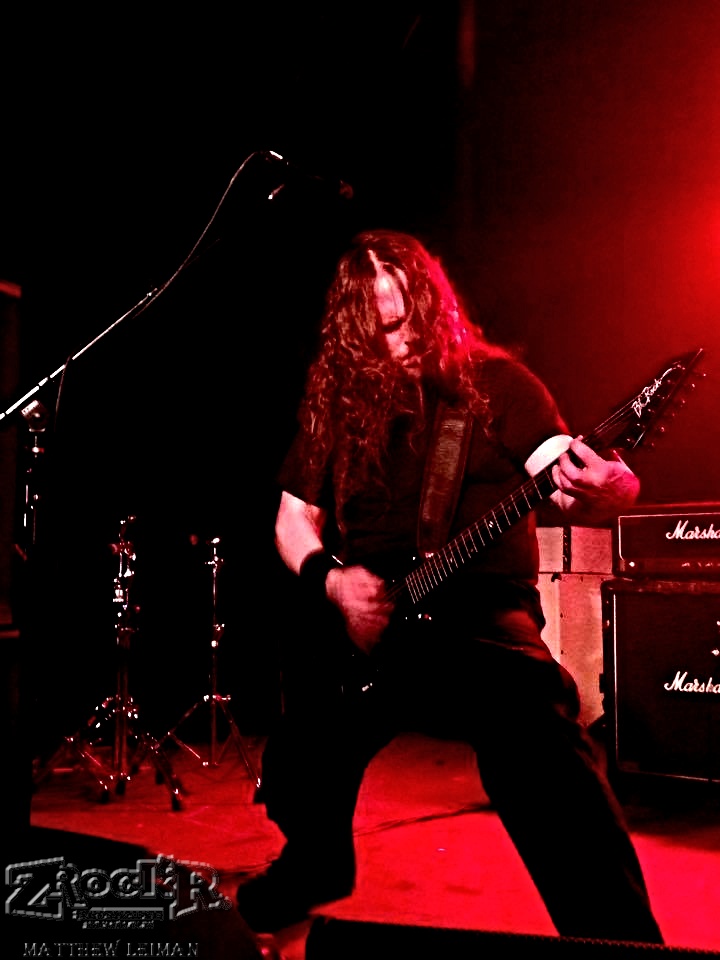 Always a fun night at the LVCS, featuring locals Casket Raider, and Man Made God, and the headliners, Beyond Creation, Rivers of Nihil, Misery Index, and Hate Eternal. This time, it was lacking the audience these bands deserve. Understandably, it was a Monday, but it was quite a bummer at the lack of bodies at the show.

First, a little bit of info and critiquing about the other headlining bands. Beyond Creation is a technical death metal band from Canada, showing prowess in their ability to play their instruments, demonstrating pretty insane, standard forms of tech death, with diligence being shown in their music. Rivers of Nihil, having their 2012 record, The Conscious Seed of Light, recorded in Erik Rutan's Mana Studio, is an extremely complex metal band, showing their dexterity during their playing, they combine frequent time signature changes, sudden stops, and a vast form of energy while performing on stage. These guys are definitely quick on the trigger. Misery Index, sprouting from Maryland, are a combination of a few different sub genres of extreme metal: Death Metal, Grindcore, and Deathgrind. Their lyrical content heavily focuses on society as a whole, the ever flowing power structures of modern day culture, with a fusal of radical and somewhat anarchic appreciation. In my opinion, the lyrical content of this band is very respectable, and definitely advantageous to their mission of creating listenable, and pretty solid tunes.

Now, for the main reason I was there, Hate Eternal. This band fucking rules. That's really all there is to it. From their first record, Conquering the Throne, to their sixth, and most recent album, Infernus, they have not put out one bad, or even mediocre album for that matter. Erik Rutan's guitar playing abilities, combined with his low guttural vocals, create this atmosphere that is rarely accomplished within the realm of Death Metal. With each album that is put out by this band, it only shows more and more what Rutan and his band are capable of doing. The sheer ferocity, and technical prowess is delivered as nothing short of impeccable. Hate Eternal has seen many line up changes over the years with each album. Derek Roddy, who is quite possibly my favorite drummer (for what its worth), played on my favorite two Hate Eternal records, 2002’s King of All Kings and 2005’s I, Monarch. Both of these albums are incredible, and if you have not listened, and are interested in listening to this band, I suggest starting with one of these two records. Seeing the likes of Alex Webster (Cannibal Corpse), on 2008’s Fury and Flames, only shows the band and its notoriety. For 2015’s Infernus, we see the likes of ex- Burning the Masses drummer Chason Westmoreland, who has recently departed the band to join The Faceless. Infernus, in my opinion, is Rutan's best work since I, Monarch. In a complete storm of surprise, the most recent drummer to join the band, just weeks before the tour started, is former Necrophagist, Obscura, and Blotted Science drummer, Hannes Grossmann. Watching this man play is a treat. The level of precision this man has when he is playing is seriously unbelievable. Considering Obscura never came to the states while he was in the band, and Necrophagist is merely just satire now, I never would have thought I would see him play in person. Nothing but respect for this man and his skill. 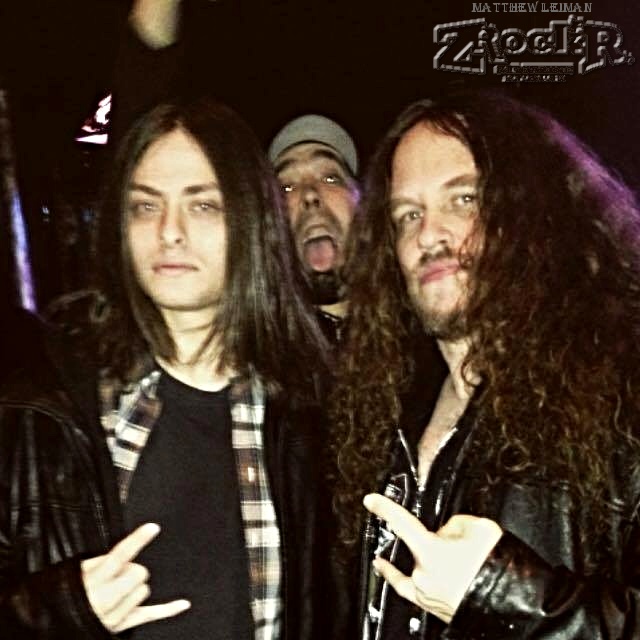 Starting off with “Praise of the Almighty”, it was determined at this point how awesome their set was going to be. “Behold Judas” came shortly after, being one of the main powerhouses on I, Monarch. Gracefully playing through a track from Phoenix Among The Ashes, they start to focus on the latest record, agilely playing “The Stygian Deep”, the title track, and a few others, while sandwiching a track from King of All Kings, and Fury And Flames right in between. Winding down towards the end of the setlist, they play the self titled track from I, Monarch, which Rutan acknowledged my yelling of the songs title during its intro, and then ending with the self titled track from King of All Kings.

I saw Hate Eternal back in June with another famous Floridian Death Metal band, Deicide, and that was my first time seeing them live. I was extremely happy to be writing an article on these guys as the headliner this time around, as they deserve all the praise that they get, and then some. If you dig the more apace, complex style of extreme metal, this band is for you, and I assure you that you will not be disappointed. This genre of music is indubitably esoteric, so listen with an open mind, and understand the mission and image that these bands try to present.