Journey Unlimited Brings the House Down at Vamp'd!

It had been at least a decade since I saw a tribute to the Bay Area AOR kings, Journey. And from what I recall, that band was pretty spot on at the old showroom at Silverton. I was definitely looking for a fix since it's been several years since I saw the real thing. And over the years, I'd seen them four times: the first fronted by the only and only Steve Perry, the last by Arnel Pineda, and the middle two by Steve Augeri, who was no slouch live on those dates.

The buzz on these guys as far as I could tell was pretty good. Certainly with the formidable six strings skills lead guitarist Blaze displayed in Bobby Blotzer's Ratt Experience (now Ratt) several months ago on the same stage. So I figured that he wouldn't have settled on just ANY frontman for this ensemble he was part of. I was to be proved correct come showtime. So far so good. 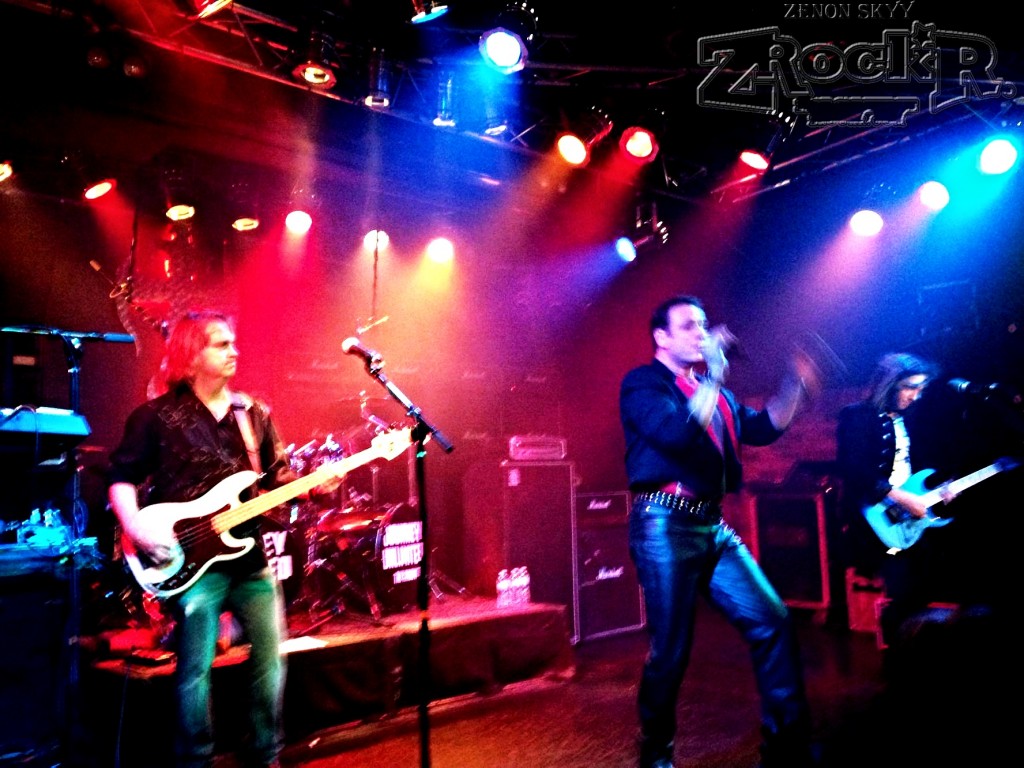 Reaching way back into 1979 for instrumental "Majestic" as an intro was a nice move, as it set the stage for "Only the Young," a song from the Vision Quest soundtrack (1985). As "Any Way You Want It" gave way to Raised on Radio's "Be Good to Yourself," it became obvious that this quintet was a well-oiled machine. Another soundtrack tune, this time from the motion picture Two of a Kind, 1983's "Ask the Lonely," was a welcome departure (pardon the pun). By this time the band had the sizable audience eating out of the palms of their hands.

I'd seen bassist Wayne Carver perform in town before as well, so I knew he had the goods for this gig. Now to scrutinize the keyboardist, Stevie D. He launched into a keytar solo using Departure's upbeat "Line of Fire" as a base. Pretty cool, yet I'd be lying if I didn't mention that using part of it as an intro to the whole song would've been more satisfying to the die-hards who were hoping for more Rolie-era gems.

No Journey tribute show would be complete without "Lovin', Touchin', Squeezin'" nor 'Who's Crying Now," so those weren't left out. An incendiary reading of the hard-hitting "Where Were You" was followed by the tender "Send Her My Love." 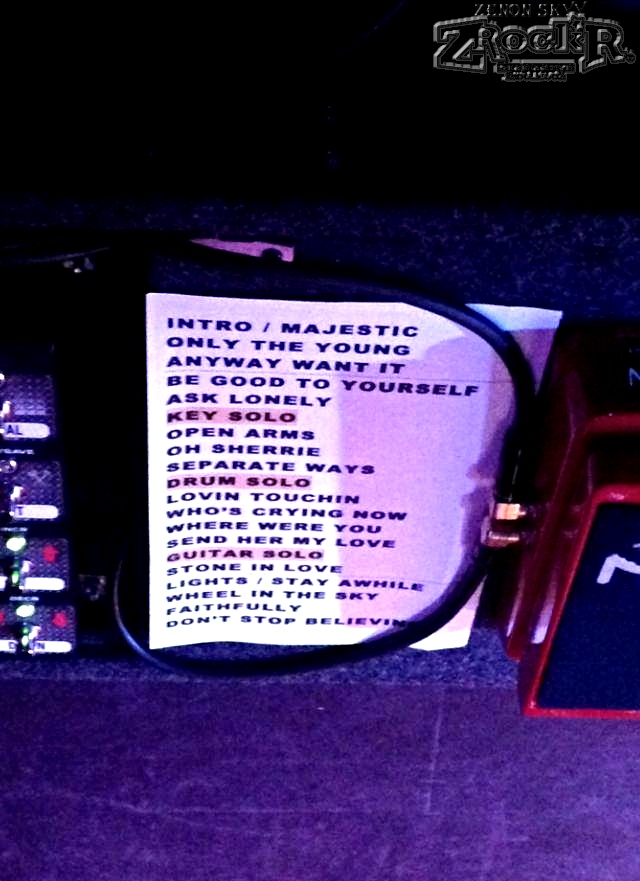 Blaze showed us why he was worthy of his stage name as he played a short but sweet fiery solo which led into Escape's "Stone in Love."

Lead vocalist Michael Flynn introduced staple "Lights" which was melded into the deep track "Stay Awhile." By this time Flynn had done three costume changes and was ready for "Wheel in the Sky." Changing things up a bit by leaving the stage to serenade a young lady with "Faithfully" was a nice touch, and performing the obligatory "Don't Stop Believin'" with a somewhat lengthy ending brought the show to a close.

My thoughts on the show as a whole? I'd rate it an 8.5 on a 10 scale. Why? Not because there wasn't musical competence; that was displayed in spades. Pacing as far as numbers? Pretty good as well. I just took a few points off for a few "interesting" pre and post-song comments and Geoff Tate-like vocal acrobatics which, to me, took away from the authenticity of a Journey show. Also for one of Mike's outfits being more reminiscent of Rob Halford than Steve Perry. And, it may be a minor quibble, but a true "tribute band" to me goes to great lengths to have at least two to three "key members" look the part of the members that they are "re-creating". Although Wayne could pass for a Ross Valory look-alike, neither Blaze nor Mike do Perry nor Schon justice visually.

That being said, I'd highly recommend seeing these guys when and if you can. I certainly will.