Home›Reviews›TailGun - Comin' in Hot is the First Record From the Vegas Rock Band!

TailGun - Comin' in Hot is the First Record From the Vegas Rock Band!

In recent years on the Vegas music scene, TailGun is a band that has continued to rise in popularity. The group remains a favorite out here, and at long last, we finally have an album from the fledgling hard rockers. This release is definitely long awaited for classic hard rock fans in the Vegas Valley and beyond who have seen the band’s “back to basics” approach as a breath of fresh air on the scene.

Combining the talents of Cory Kay, Todd Turgeon, Rob EG, Dru Jaxin, and Larry Kelly, this group gives listeners the talents of several of Vegas’ best players united. It is not surprising that the band continues to play gigs all around Sin City, both headlining and opening for many of the acts touring and passing through the valley.

How does one sum up TailGun’s sound? Bon Scott era AC/DC is probably the most obvious influence here, and for old school rock fans, that is most definitely a good thing. You are going to also find some more modern influences as well, so it does not feel like a carbon copy of older bands. Any fan of classic style hard rock who goes and sees TailGun in concert or hears their music is won over thanks to the efforts of some of Vegas’ finest rock musicians, combining the sounds of old and new effortlessly. If you do not care for something overly progressive and complex, and just want to get back to basics and have a good time rocking out, this is your band. 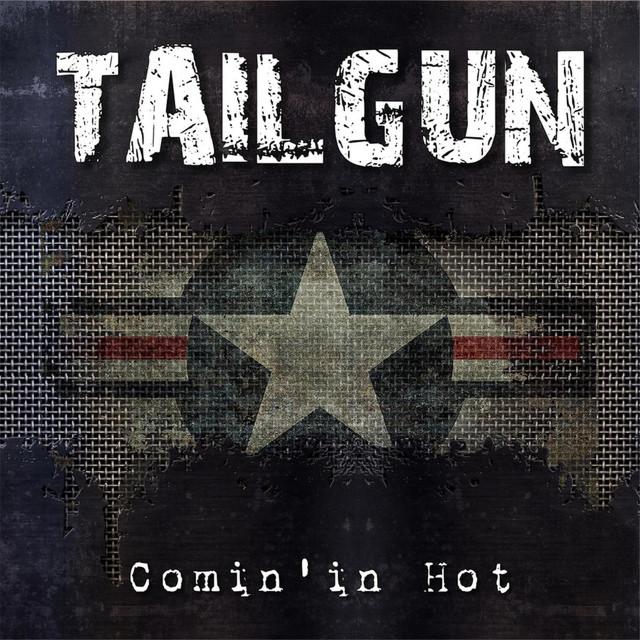 Comin' in Hot is the first album from Las Vegas' TailGun.

So, what kinds of songs are actually on the album? The title cut is definitely the stand-out, with its strangely catchy Spinal Tap-esque lyrics. “Ass, Grass or Cash” is a great down and dirty blues-driven hard rock track. Cuts like “Gold Digger” and “Pocket Change” manage to serve up the perfect dose of old and new sounds alike. And the closing track, “Raise Some Hell,” even plays out like an extended live jam complete with fake audience! The album is only about 35 minutes long, but in its brief duration it is going to win you over. These guys are one of the hottest bands on the Vegas scene today, and this fan hopes for nothing but the best for the group after having given their first album a listen.

If you are looking for a group on the Vegas scene who keeps a classic, bluesy hard rock sound not unlike Bon Scott-era AC/DC alive, but is not afraid to bring just enough new to the table to keep things interesting, TailGun is the band you have been looking for. The first record from the band, Comin’ in Hot comes strongly recommended.

Anvil is Anvil - The Sixteenth Studio ...