Home›Commentary›Going Wood: How to Fail in the Music Business Without Really Trying

Life on the road for a indie band in the early 90's was in no way as glamorous as anyone would picture, and I blame MTV. We are bombarded with videos of rock stars in huge buses, or on private jets, with hotel suites, huge deli spreads backstage, and of course, girls, girls, girls. For the Bon Jovi's of the world, I'm sure it was exactly that. 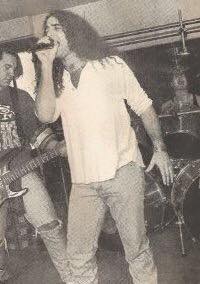 But for a little known band from Staten Island, New York with a poorly distributed  E.P., and a total of maybe $200 to be used as tour support, it wasn't even close to that. Our Steel Horse that we rode was usually a borrowed van, or maybe the guitar players old Trans Am; with one of us, usually me since I was the youngest, riding bitch (sitting on the arm rest between the two bucket seats). Instead of girls, girls, girls, our back stage parties usually consisted of 3 drunken roadies, a guy nobody knew looking for weed, and if we were really lucky, a cranked out MILF looking to "hook up with a rock star" ( the disappointment she must have felt is immeasurable), and since roadies notoriously give horrible hand jobs, sometimes we partook.

And the deli spreads? HAHAHAHAHAHAHA!!! Sorry... I digress.

Most bands have a rider, which states that the band and crew is to be fed. Bigger bands can name their menu, smaller bands can expect a couple of pizzas or fast food.

Us?  Well, lets just say we ate a lot of Doritos....
So, when we got asked to open for a semi-known band at a club we had not only played many times before, but was also in our home town, we jumped at the chance; not just for the opportunity to play in front of a strong crowd, but since we knew the promoter, we would be taken care of. Now, as you may have noticed in these articles I write, I never mention names. This is mostly for legal reasons, so without naming the band, let's just if you went to a library and were looking for a book that was Not A Made Up Story, you would ask for this section. Bingo, there's the band name.
Before the show we told the promoter our fee and that we wished to be fed. He said "No problem" which is usually promoter talk for "Place my genitals in and around your face hole". However, this time, the promoter came through in spades! On the day of the gig, after we loaded in, were entranced by the wafting aroma of Italian food. Sauce (not gravy, bite me) and meatballs and penne and fresh bread. It smelled so delicious that our drummer finally had a legitimate reason to drool. 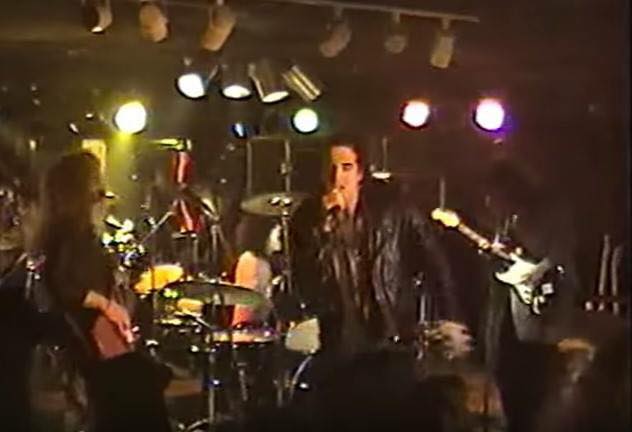 When we finished unloading our gear, we made a bee line to the backstage area to enjoy the spread, where we were promptly stopped by their manager who explained, "The band likes to eat alone. It's like a bonding thing to get ready for the show. Do ya mind waiting?"

Well, to be honest, yeah we minded, but we figured we would give them the respect as they technically were the headliner. Fun fact- the venue sold out that night,and the promoter later told us 95% of the tickets sold where under our name. So, we sat off to the side of the not very big backstage area and waited.
and waited... and.... Yeah...
In between burps and slobber, we could actually hear them saying things like, "Man, I'm sooooo full.. But I'll have a little more." and shoot us a side ways glance.

Our manager complained to their manager who basically shrugged his shoulders and said "they are big boys". In truth a couple of them were pushing the 200 pound mark; at a time when most musicians were so skinny, if a strong wind blew they would whistle. We complained to the promoter who said he would take it all off their fee (there is another fact you may not have known; those lavish spreads are almost always deducted from the band's pay). So, with less then an hour to go before show time, we pooled our resources together and ran out an got a pizza. 1 pizza. For four band members, two roadies, and a manager.
We made the best of it, and I made it a point to mispronounce their name every time I mentioned it on stage.
Non- Fation. Has a nice ring to it, don't you think?

Editors Note: Dominick has been in a few bands throughout the years and is the lead singer of Las Vegas band Wicked Garden- A Tribute to the 90’s and a co-host of the acclaimed show ZRock’R Magazine LIVE!  onLVRocks.com  –  These are his personal experiences and opinions and may not reflect those of ZRock’R Magazine.  Learn from them and make sure to catch him with his band or the radio show when you get the chance!

Close and Personal with Eric Stacy: The ...