Home›Commentary›The Top 5 songs with Rock in the Title That Do Anything but...

The Top 5 songs with Rock in the Title That Do Anything but...

Not to steal anything from Ms. Jett, but I love rock and roll. I tend to lean towards the harder stuff, but I respect anyone who can sling a guitar and make it scream. However, these folks have the utter nerve to include the word "rock" in their song titles and then write the most unrocking songs ever!

5. "For A Rocker" by Jackson Browne: Jackson Browne has had us fooled for years. From his "Lawyers In Love" stinker to this piece of dreck, Mr. Sensitve-GreenPeace- dude has always kind of smirked at us. A little  "I'm way smarter than you." from the nerd who sat in the back of the class reading Neitche. This song, apparently a call to other nerds cause "there's gonna be a party tonight" makes me wonder exactly how many lockers Mr. Browne was stuffed into in high school. 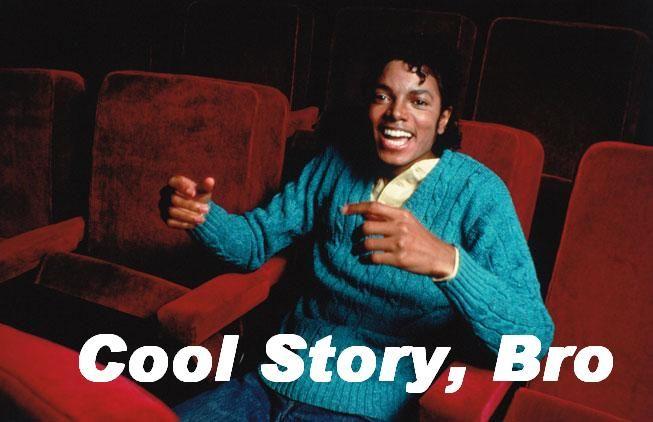 4. "Rock with You" by Michael Jackson: OK, all other possible kidding aside, say whatever you want about Michael Jackson- he was the King of Pop, the most successful artist ever, blah blah... This song just sucks. First of all, it's boring as hell. Second, I don't even hear a guitar in it. You can't rock without a guitar! It's like trying to be a male porn star without a mustache. You can now go back to making other MJ jokes. My fave: "When I read the story of the boy who floated away in the balloon, I thought Michael Jackson was ordering take out in heaven"

3. "Rock 'N Me" by Steve Miller Band: I must be honest, I never liked Steve Miller, at all. I had the unfortunate experience of opening up for him back in 1994 with my own band. In one of the most mismatched shows I ever played, my alternative/grunge/punk band opened for this 70's stoner/dinosaur. Let's face it, the only reason anyone listened to this guy was cause of the line "I'm a midnight toker", which just proves my theory that potheads have never had an original thought of their own, and yet still insist marijuana expands the mind. This song is a joke, 'cause the baby who's supposed to keep on rocking him would have ditched him right after the second verse when our, ahem, hero rhymes Northern with warm. Cringe worthy.

2. "Like A Rock" by Bob Seger: Don't get me wrong, I love Bob Seger. I saw him in concert twice at the age of 9 and 11, and they still rank as some of the best live shows I've seen, but this song just doesn't cut it. It starts off nowhere and ends up just as lost, and even with Bob's throat scarring screaming at the end, it just makes me wish the Chevy truck in the commercial will just drive over his head and put him out of his misery.

1. "I've Got a Rock n Roll Heart" by Eric Clapton: Where to begin? This song proves two things; 1. Slowhand left his balls in Cream, and 2. He is one of the few artists who actually was better on heroin. This mindnumbing funeral march of a song makes me want to draw a nice hot bath and throw in the toaster. How can a guy who played lead on classics like "Sunshine of Your Love" and "While my Guitar Gently Weeps" make singing about "'57 Chevy's and screaming guitars" sound so utterly boring you who actually hope for an interruption from the national weather service when it's on the radio? It may not be politically correct, but I'll gladly score Mr. Clapton some smack and lend him a spoon if he promises to never play this song again. 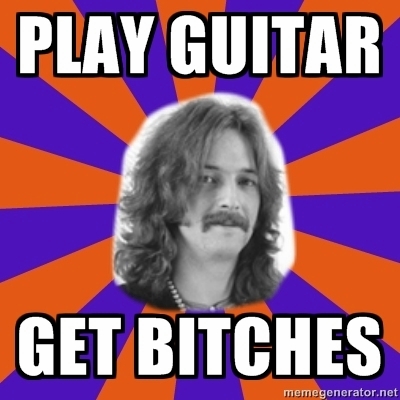 Editors Note: Dominick has been in a few bands throughout the years and is the lead singer of Las Vegas band Wicked Garden- A Tribute to the 90’s and a co-host of the acclaimed show ZRock’R Magazine LIVE!  onLVRocks.com  –  These are his personal experiences and opinions and may not reflect those of ZRock’R Magazine.  Learn from them and make sure to catch him with his band or the radio show when you get the chance!

ALL PHOTOS CREDIT TO THEIR CREATORS- FOUND ON GOOGLE.