Motorhead - Clean Your Clock Features One of Lemmy's Final Concerts

In December of 2015, the hard rock and heavy metal world lost one of its most iconic musicians: Ian Fraser “Lemmy” Kilmister, Motorhead’s fearless bassist and vocalist, only a few days after his 70th birthday. Few names in the world of classic hard rock were more iconic. Alongside longtime guitarist Phil Campbell and drummer Mikkey Dee, Lemmy truly rocked until he died. Clean Your Clock is a new live release from the band, recorded in Munich, Germany on November 20 and 21, 2015, a mere month before Lemmy’s passing.

Only a few months prior to this concert being recorded the band recorded and released Bad Magic, which would ultimately be their final studio release. For this posthumous live album, the setlist is comprised of a mixture of Motorhead classics from the band’s glory days, right up to more recent songs recorded by the band.

I had the luxury of seeing Motorhead in concert in August of 2015, just three months prior to the live recordings contained on this disc, and four months prior to Lemmy’s passing. What I saw was Mikkey Dee and Phil Campbell playing their hearts out and rocking the audience as only they could, though Lemmy was clearly in bad shape. He performed the songs competently, but you could tell he was ill and did not have long (note that a number of shows around this time were cancelled or cut short due to Lemmy’s health, which did not happen the night I saw him). It leads one to ponder the question if Lemmy would still be with us today had he chosen to retire.

Anyway, if you are buying this release, you want to know what you are getting. The setlist for the concert is as follows:

Overall the setlist is very good, with a nice assortment of tracks spanning the band’s career, including moments for both Campbell and Dee to shine on their respective instruments. Disappointing omissions include “Stone Dead Forever,” “Iron Fist,” and (the song) “Motorhead,” but overall it does not change the fact that this setlist more than gets the job done. It is not clear if the band knew that this would be their last tour or not, but overall this is a great setlist to go out on, leaving a lasting impression on the fans.

Curiously, “Going to Brazil” and “We Are Motorhead” are not featured on here, although they were played live at the gig I had seen only a few months prior out here in Vegas; the setlist was apparently changed slightly for the Munich gigs used to create this show, and possibly the European leg of the tour altogether. However, there are some great songs played here that were not performed at the gig I saw, including “No Class,” so one cannot complain too much there! 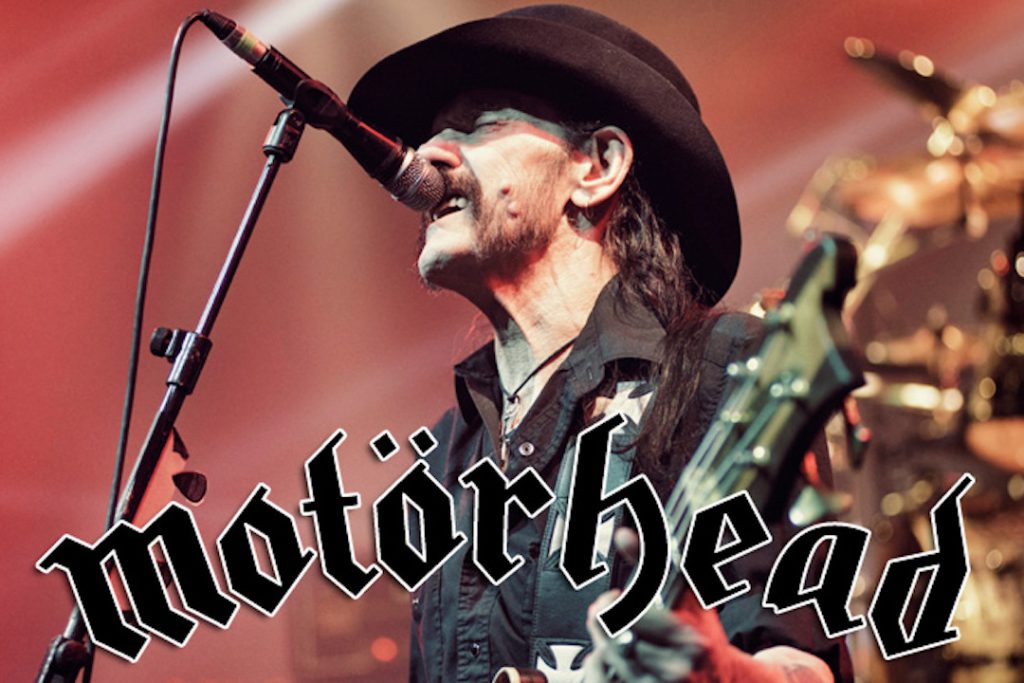 Motorhead is featured here a mere month prior to Lemmy's passing in December 2015.

As far as the performance goes, Campbell and Dee kick ass, showing why they are some of the absolute best musicians out there when it comes to what they do (in recent months I even saw Dee filling in behind the kit at a Scorpions gig, which goes to show that there is no limit to what this guy can do).

Unfortunately, Lemmy does not hold up as well, and it is painfully clear how bad of shape he was in by this point; keep in mind my previous mention of him having had to cancel gigs and cut them short during what would be the final few months of his life. He still manages to get in a few great bass moments here and there, but by this point his body was no longer able to keep up, as is evident in the weak and often slurred vocals. You have to admire Mr. Kilmister’s perseverance, and that sheer factor is worth the price of admission alone.

Should you add Clean Your Clock to your Motorhead collection? That depends on what you are looking for. As a die-hard fan of classic Motorhead, I myself want to remember Lemmy in his musical prime. As such, No Sleep Til Hammersmith remains their definitive live concert album, and the one that everyone should have in their collection (and if you do not own it, what is wrong with you?) Dee and Campbell are on fire throughout this performance, and while Lemmy is clearly weak and suffering on stage from what would eventually claim his life, one must give credit to him for rocking until he died, literally. Buy it if you are one of the biggest of Motorhead fans and want to see a fitting tribute one of rock’s greatest icons in the twilight of his life. Just keep your expectations in check.

The Return of Spinal Tap - Looking ...