The Raskins – Supporting Ted Nugent at the Foundry!

Ted Nugent rocked the Foundry at the SLS on Friday, July 8, 2016. But he was not alone for this epic evening of rock and roll. For the experience, he was joined by The Raskins, out of New York, a band that has been gaining plenty of attention in recent years, and for all the right reasons. 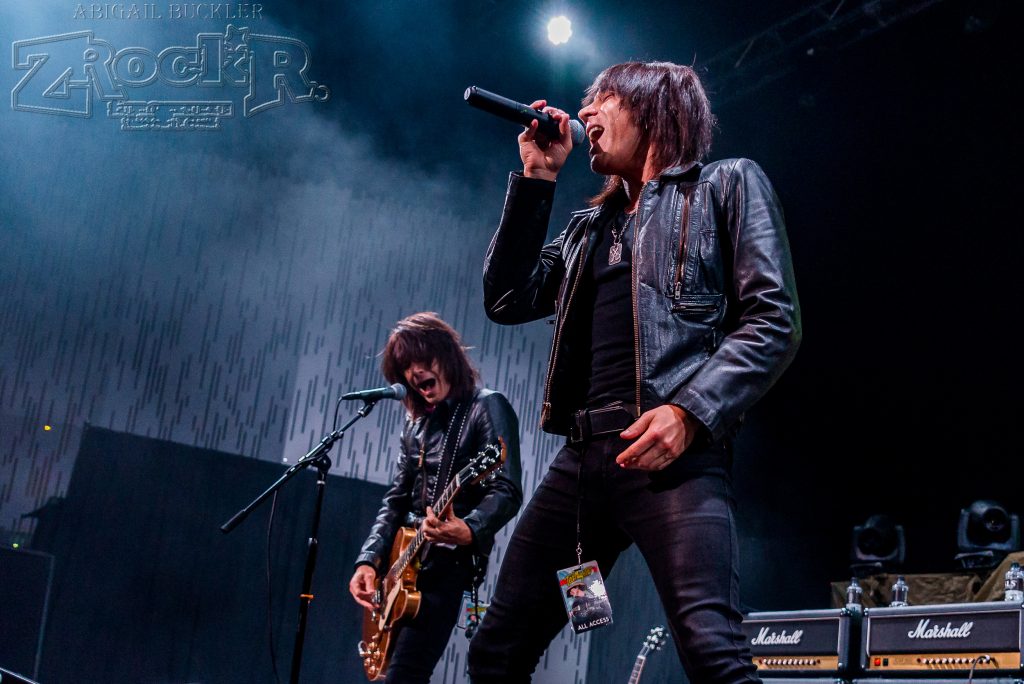 I have to admit, despite having heard about them for years and having had a number of my Facebook friends posting things regarding the group, this was the first time I had ever seen or actually listened to the band. It was an interesting experience that this rock and roll fan likely should not have put off for as long as he did. Better later than never, though.

Due to my aforementioned unfamiliarity with the group, I came in not knowing what to expect. Upon their arrival on the stage, dressed in black leather, they looked like holdovers from the 70s, like they quite possibly could have been the long lost bastard sons of The Ramones. But it was not long before they made their stage presence known, with a powerful and diverse sound. It was not long into the set before they had this crowd fully energized, and ready for what was to come. 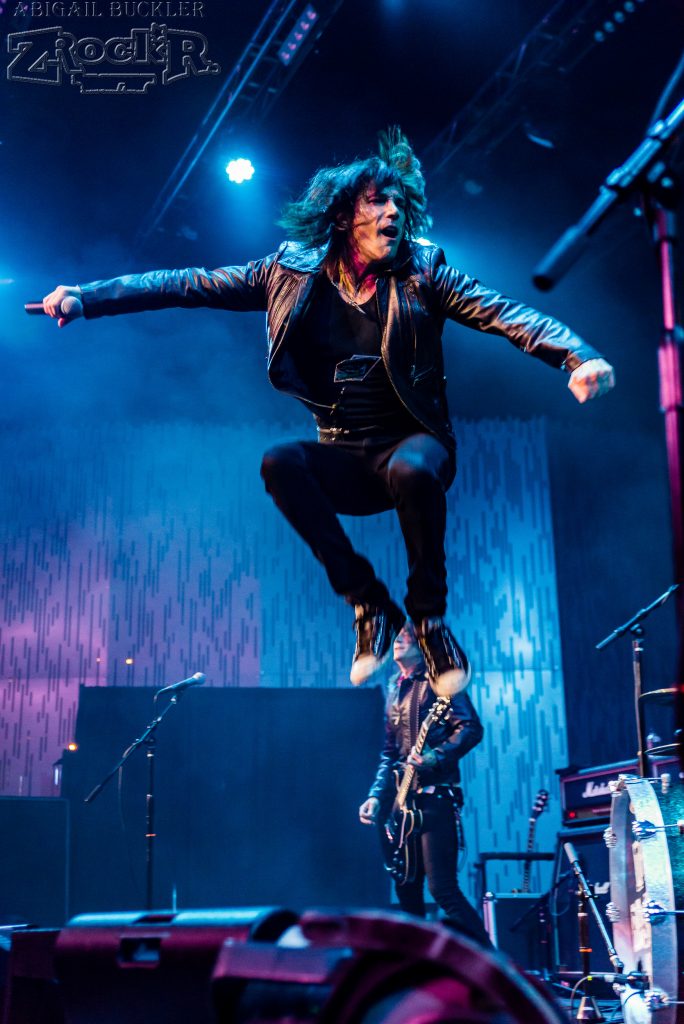 The group astonished me with their surprisingly strong original material, but even threw in a few covers for their listeners as well, in the form of “The Break-Up Song” (originally by Greg Kihn Band) and “Heartbreaker” (originally by Pat Benatar). They were definitely able to put their own spin on the material. You could tell these guys were both talented musicians, and had fun doing what they do throughout their set.

Local Vegas rocker Troy Patrick Farrell, who has an extensive resume to his name, was playing drums for the group on this evening, which also happened to be his birthday. The group got the audience to sing for him, which was quite comical and unexpected.

If there was one complaint with this set, it is that it was not long enough; that is the one folly of being the support act to a national or international headliner. But it did not stop The Raskins from getting this audience fired up and banging their heads. These guys are one of the finest undiscovered bands out there and should not be overlooked. 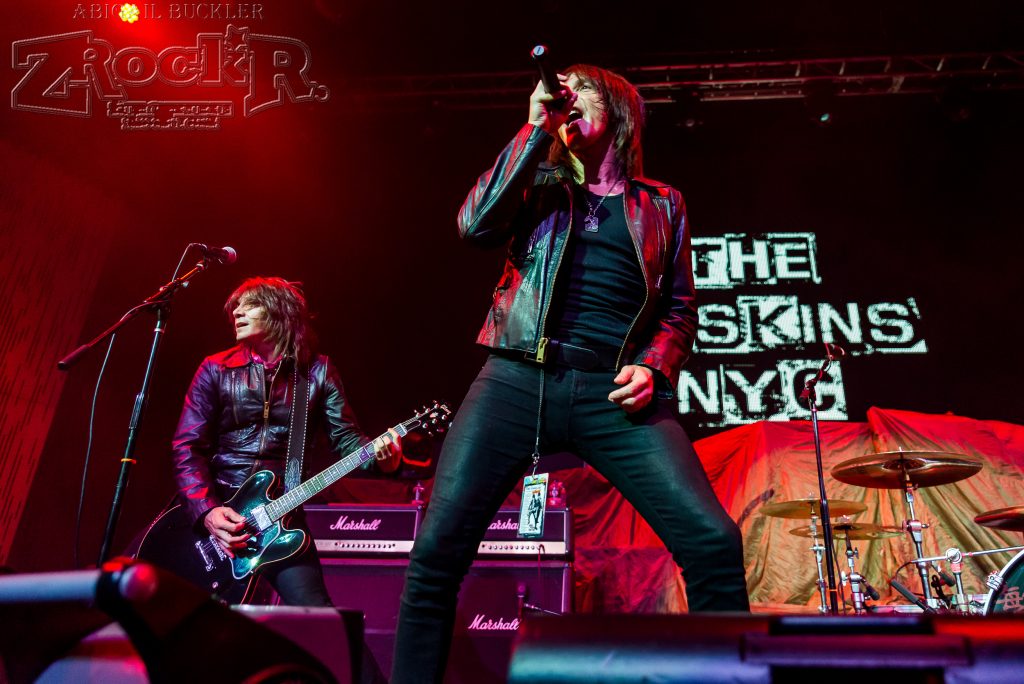