Home›Reviews›Coleco: The Official Book Details the History of this Legendary Company!

Coleco: The Official Book Details the History of this Legendary Company!

Coleco is a company that will always be remembered for their video game products released in the late 1970s and early 1980s, primarily the Coleco Vision video game console, and a number of other portable games. But the company has a history stretching back several decades prior, which authors Antoine Clerc-Renaud and Jean-François Dupuis have explored in Coleco: The Official Book, a book that was created as the result of a recent Kickstarter fundraiser.

Coleco: The Official Book follows the history of the Coleco company from its humble beginnings at the hands of immigrants as the Connecticut Leather Company, and follows their rise over the years into plastics, toys, swimming pools, vehicles, and of course, Cabbage Patch Kids and video gaming. The book looks at many of the side projects and other industries the company explored over the years, as well as their risky gambles down the line in the 1980s that ultimately resulted in the company’s demise. Furthermore, it looks at the subsequent attempted revival of the company’s name, and their games/products/etc.

Coleco: The Official Book is an interesting read; even if you have only casual interest in the company, it is bound to get your attention and keep you reading once you pick it up. Well written and detailed in all of the company’s exploits and endeavors, this is a book that goes deep into the company’s history and past, including a number of interesting facts and behind the scenes goings on that you likely would never have known about otherwise! It is an easy read that is made all the more accessible by a writing style that incorporates the history of the world and the United States at the time, giving an idea of the reader of what was happening over the course of the company’s rise. 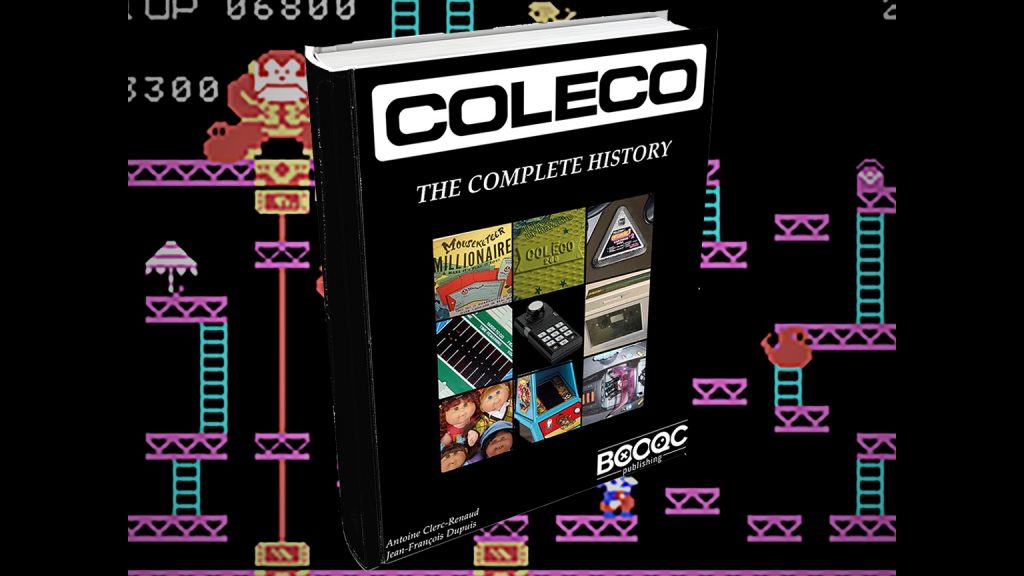 A hardcover version of the book was offered to original Kickstarter backers. The widely available paperback cover is pictured at the top of the page.

This book also deserves credit for not simply glamorizing the company. This is a book that gives the cold hard facts, including the struggles that many of the company’s workers had to endure, and some of their less than favorable investments and business choices, not the least of which were those that ultimately resulted in the company’s eventual closure. You even get an interesting look at the company’s subsequent revival, and the controversies accompanying this.

The text is detailed and covers numerous details, plus you get countless photographs of products and those people that were involved with the company. This helps to paint a unique picture of the events in question, giving you a better idea of what the company was up to and continuing to build over the years.

In addition to the main body of the book, there is a foreword written by a man whose father worked for the company, and a section of former employees sharing their memories of working there.

The book is not perfect, however. There are some rather strange editing choices, much of which comes from the justification of the text. The book has some really weird issues in this regard, a good many of which stem from trying to wrap the text around images. This results in strange spacing and making certain pages and columns a little bit on the tricky side to read (you really have to see inside the book to know what I mean). There is also some inconsistent editing, which makes me wonder whether or not the authors hired a professional editor for their project (probably the most obvious issue here is the name of Coleco’s computer, which is called the "Adam" in some places, and the "ADAM" (in all caps) in others). These are minor issues and, while noticeable more than a few occasions, they do not detract from enjoyment of the book.

Coleco: The Official Book is a more interesting read than you might think, with plenty of intriguing details regarding the company’s past and their products, some iconic, some not so much so. A highly recommended read!