Home›Reviews›The Beatles - Live at the Hollywood Bowl on CD at Last!

The Beatles - Live at the Hollywood Bowl on CD at Last!

2016 will be a great year for Beatles fans all around the globe with the arrival of Eight Days a Week: The Touring Years, a new documentary on the band from legendary actor/director Ron Howard. In anticipation of the movie, fans have gotten another surprise with the release of Live at the Hollywood Bowl, the first ever official CD release of the classic The Beatles at the Hollywood Bowl concert that was released on vinyl posthumously in the latter half of the 1970s.

For years it is likely Beatles fans wondered if this release was ever going to see the light of day on a modern format. A wide source of speculation as to the lack of a CD issue of the album was the poor sound quality; there were limited recording techniques available back in 1964 and 1965, when these concerts were originally performed. In fact, anyone who has heard an older release knows that said recordings are heavily dominated by the screams of the young fans, who largely drown out the band! 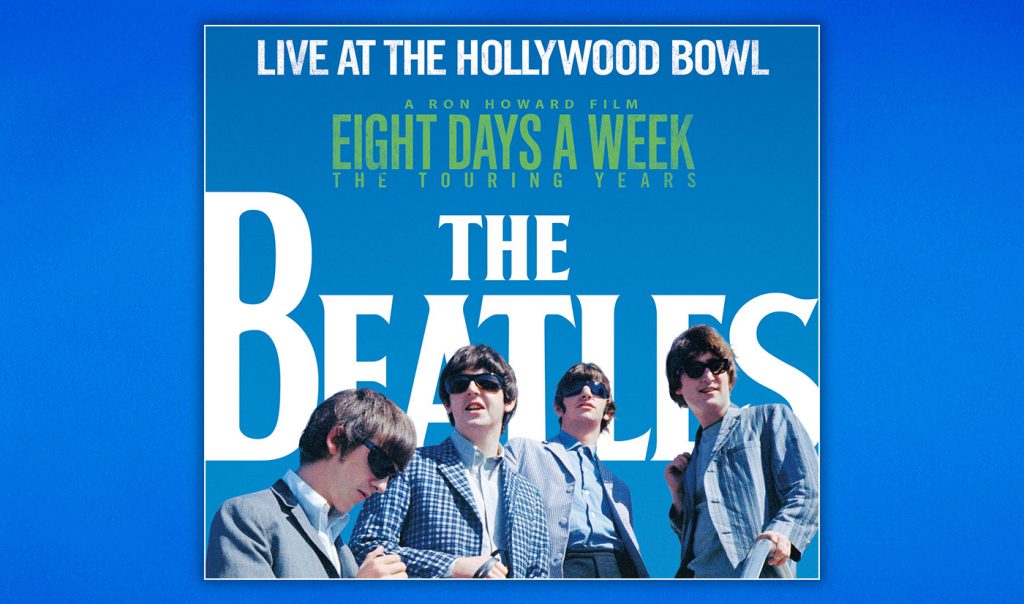 Giles Martin (son of original Beatles producer George Martin) and Sam Okell have done a painstaking remastering and remixing job, completely reconstructing the original recordings from the ground up with the best in modern technology at Abbey Road Studios. The booklet included with the CD includes an essay from David Fricke, as well as a reprint of the original essay from the vinyl release, written by George Martin (RIP).

The original album was recorded across several dates at the Hollywood Bowl in 1964 and 1965. As an added bonus, this new version of the album includes four other songs that were recorded at the concerts, but not included on the original vinyl release. This is the tracklist for the remastered album:

Tracks 1-13 constitute the original album. Tracks 14-17 are previously unreleased and did not appear on the original LP.

One thing that is highly unusual about The Beatles is that, despite their massive worldwide popularity, they do not have many official live releases. Outside of the Live at the BBC CD sets, some material appearing in The Beatles Anthology, and DVD releases of their appearances on The Ed Sullivan Show, such releases are a rarity from The Fab Four. At long last, we have a proper CD release of a legitimate, “on stage” Beatles concert. That is reason alone to purchase this release.

One major surprise of this release is the tracklist, and how it is not simply a “hit singles” affair. Sure, we get plenty of popular songs, including “Help!,” “Can’t Buy Me Love,” and “She Loves You.” A few obscurities definitely boost the appeal, including Ringo Starr doing lead vocals on The Shirelles’ “Boys.” Other underrated gems like “She’s a Woman” and the group’s cover of Little Richard’s “Long Tall Sally” are highlights as well. The “between song” banter from the band members is quite entertaining as well; these young men were at the height of the “touring” point of their career, and it shows here, both in the performance and in the audience’s (very loud!) reactions.

The performance itself is as entertaining as you would expect; the band members are, not surprisingly, talented musicians on a live stage. In interviews in The Beatles Anthology, the band claimed that they were unable to hear themselves over the loud crowds, and so they just played the best they could; Ringo even claims the band was playing “shit” in many cases! (Of course if that is true the attendees certainly did not care.) One of my favorite things about this release is that it is a “warts and all” live album, without heavy overdubbing or studio tricks. There are minor flubs from the band throughout, but these are left in, and it makes the experience seem all the more authentic. If you are looking for a live album that actually sounds like a live album, this one certainly succeeds in that regard. 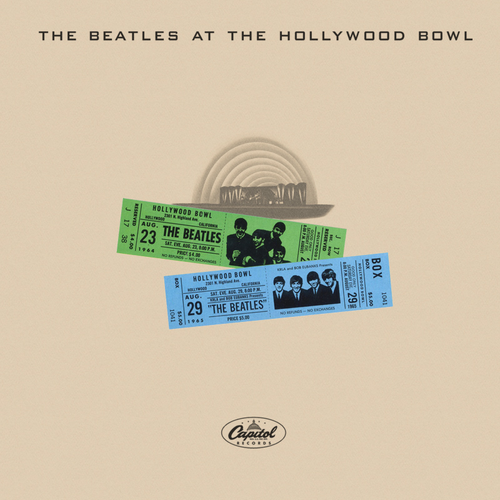 Cover art of the original vinyl release from the 70s.

But how does it SOUND? Of course, the old release is regularly looked down upon for the band being drowned out by the fans, and sounding weak on account of the limitations of the band’s recording equipment, which were typical of the era. Giles Martin and company have done a solid job cleaning things up here; the crowd is still loud but the band is more pronounced and clear. Yet they have not made the release feel overly polished or tuned up. Hats off to the remastering crew for taking something that was practically unlistenable by modern audio standards and giving it a whole new lease on life. This is a revelation in more ways than one, though fans should keep their expectations in check and not expect something that sounds like it was recorded yesterday, or in a studio.

Live at the Hollywood Bowl gives this oft-forgotten Beatles release a long overdue official CD release, and perhaps more importantly, better sound quality. Are you at all a fan of The Beatles? This is a must-own release that belongs in your collection!

Operation: Mindcrime - Resurrection is the Second ...

Blackthorne - Don't Kill the Thrill is ...