The Quireboys (also known as the London Quireboys) first came on the music scene in 1990 with their debut album, A Bit of What You Fancy. Taking a 70s style bluesy rock sound not unlike The Faces and infusing it with the energy of the glam and sleaze era, that record was one of the best of its day. While never in the spotlight like many of their musical contemporaries, this is a band that has persevered and continued to put out new, quality albums.

Twisted Love is the newest album from The Quireboys, and one that many a fan has been waiting for. In recent years, the band had been taking on more of a “stripped down” and mature sound. While these albums were certainly fantastic in their own right, many of the band’s followers likely wondered if the group would ever return to the more energetic and fun rock sound of their earlier releases.

The Quireboys still feature classic members Jonathan “Spike” Gray on lead vocals and Guy Griffin on guitar, who are joined by guitarist Paul Guerin, keyboardist Keith Weir, drummer Dave McCluskey, and bassist Nick Malling. It is interesting to note that in the past, the band featured Nigel Mogg on bass, the nephew of Phil Mogg from UFO. While many of the classic members of the band are gone, there is no denying that this is a powerful lineup that can get the job done and then some. 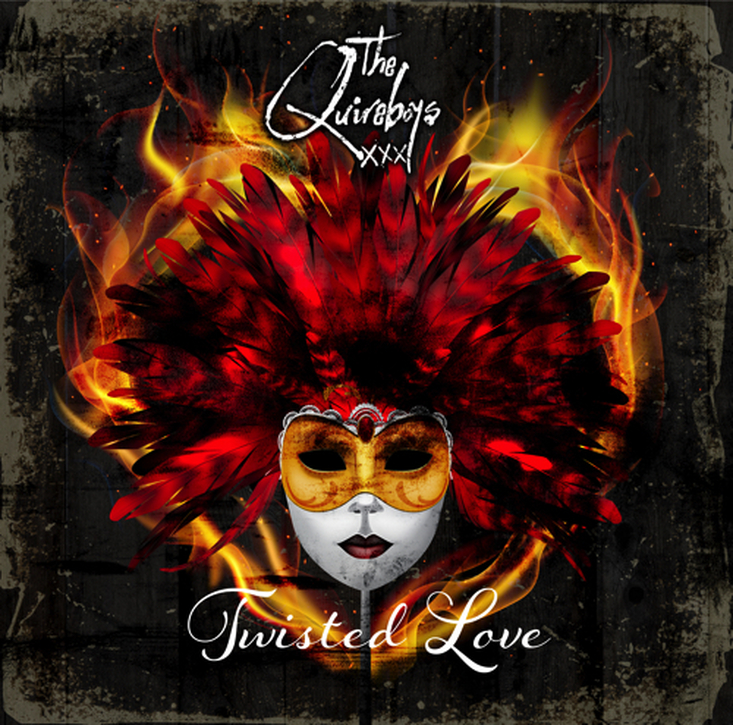 Twisted Love is the latest effort from The Quireboys.

While I honestly enjoyed the more recent, mature and stripped down releases from The Quireboys, like many of the band’s fans, I was curious if the group would be returning to their classic sound which made so many become fans of the group in the first place.

While Twisted Love does retain some elements of the more mature sound explored on the recent records, it is, in many ways, a return to normalcy for the band. And that is something that listeners are going to appreciate all the more. That bluesy classic hard rock sound has returned, yet the band does not shy away entirely from the progression of more recent years. What results is a fantastic record that is simultaneously a throwback to a golden age of rock and roll, and manages to feel unique and new at the same time. The band managed to serve up a wide assortment of tracks here, with no dull moments to speak of. Everything on here maintains a sound all its own, yet the tracks work as a coherent whole as well, due in no small part to the strong songwriting and spirited performance of these musicians.

Twisted Love is a great mix of old and new; this is the closest The Quireboys have sounded to their “old days” in quite some time. Yet the album does not shy away from the more progressive efforts of recent years either. The end results speak for themselves; there are no dull moments to speak of here. As such, the latest effort from The Quireboys comes highly recommended!

Tyketto - Reach is the Latest Album ...

Budderside - The Debut From These Modern ...