Home›Reviews›Kamelot - When I Reign Looks Back at the Band's First Decade!

Kamelot - When I Reign Looks Back at the Band's First Decade!

Hailing from Florida, Kamelot has long been one of heavy metal’s most talented bands, not to mention one of the most underrated. Fusing power metal and symphonic sounds brilliantly, this is a band that has long impressed since their genesis in the early 1990s.

When I Reign – The Very Best of the Noise Years 1995-2003 is a best of compilation released in 2016, covering roughly the band’s first decade of recorded material. The American release of this compilation is comprised of a single CD, whereas an import version featuring two CDs of material is also available.

I will be honest; despite being a die-hard heavy metal fan, there are bands that have eluded me over the years, and Kamelot is one of them. Why that is I have no idea; after giving this compilation a listen, it is very clear that this is a band I have been foolish to overlook! Brilliantly combining power metal and symphonic musical elements, these guys are underrated as hell for no good reason. The vocals, guitars, and everything else come together fantastically. For years this is a group I have overlooked; no one who is a heavy metal fan should make that same mistake. 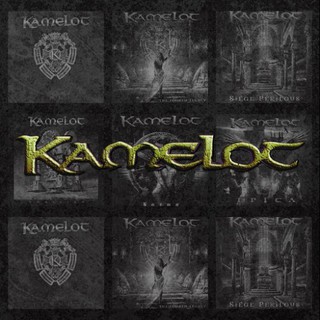 Obviously, as a compilation that only features 12 tracks and an hour’s worth of material, this is but a small sample of the band’s output during their first decade, yet for new fans seeking an introduction to the group, it could be ideal. This set of tracks has definitely sparked my curiosity, and it is very likely more albums from the band’s discography will soon end up in my collection.

Overall, When I Reign makes for a fitting introduction to an underrated symphonic power metal band that has been doing their thing for a quarter century now, with no signs of letting up. Kamelot deserves to be discovered or rediscovered, making this compilation easy to recommend if you do not already own the individual releases.

Christmas in Vegas: An Evening with the ...