Home›Movie Reviews›Spider-Man: A Look Back at the Wall Crawler's Previous Films!

Spider-Man: A Look Back at the Wall Crawler's Previous Films!

With the arrival of Spider-Man: Homecoming in theaters this July, this fan thought it would be a good time to go back and look at the earlier appearances of Spidey on the big screen. After over a decade’s worth of films, the character finally arrived in the Marvel Cinematic Universe with the release of Captain America: Civil War last year, due to a deal between Sony and Marvel Studios.

For those that have forgotten them already, I will begin this article with a look back at the films. The ranking will come later in the article; these plot summaries should refresh your memory if it has been a while since you saw the movies. 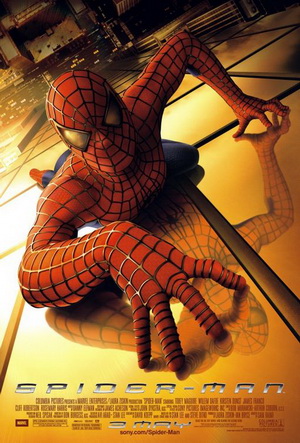 Peter Parker is a nerdy teenager who is an outcast and regularly bullied, but a class field trip changes his life forever – a bite from a genetically-enhanced spider grants him superhuman strength and other spider-like abilities, including the ability to climb walls and to fire webbing from his wrists. While initially carefree with his new abilities, Peter makes the decision to mature and fight crime when his uncle is killed in a carjacking, and when a mysterious villain, the Green Goblin, begins appearing around New York.

DID YOU KNOW: Comedian Jim Norton has a brief cameo in the film as the surly truck driver during the montage sequence, with the line (in reference to Spider-Man himself): “He stinks and I don’t like him!” 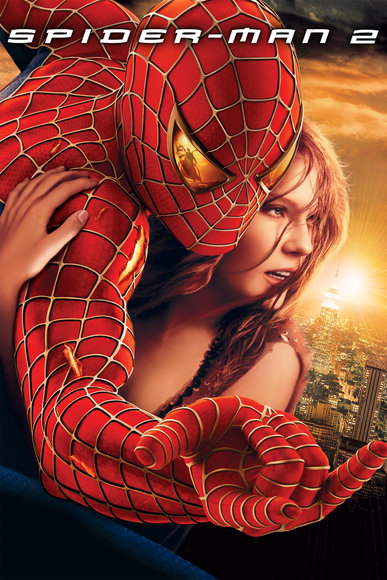 Peter Parker has been protecting the public as Spider-Man for quite some time now, winning the respect of people, and the ire of just as many others. When his duties as Spider-Man interfere with his personal life and relationships, he considers abandoning the role and returning to the life of a regular teenager. But, there is a new supervillain in town – Doctor Octopus. Soon, Peter finds himself struggling between the choice of a carefree civilian life, or if he must take up the mantle of the hero once again.

DID YOU KNOW: Doctor Octopus is portrayed by Alfred Molina. Molina’s first feature film role was in Raiders of the Lost Ark as Satipo, Indiana Jones’ ill-fated and traitorous guide. 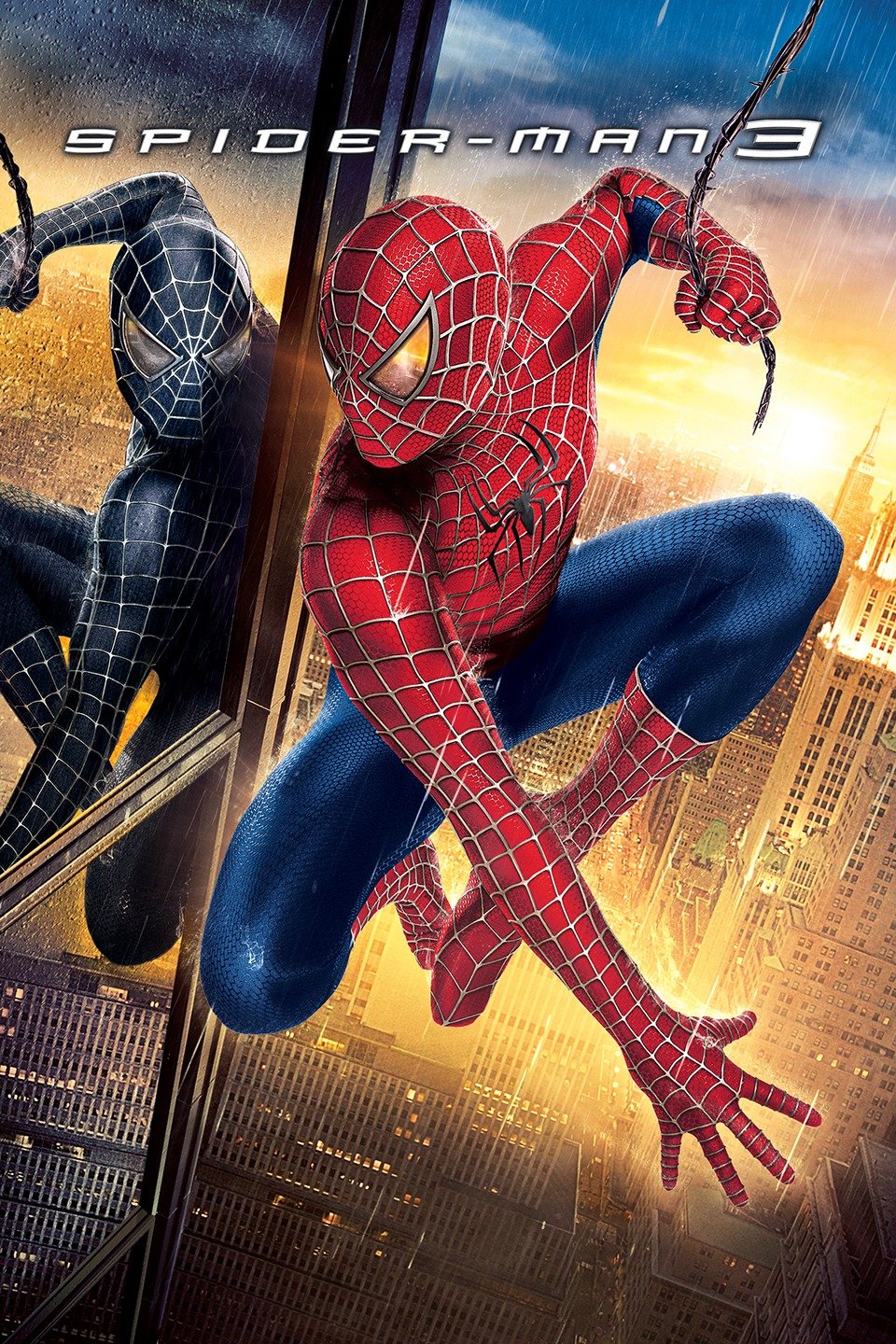 By now, the public has taken to loving Spider-Man, even if J. Jonah Jameson still is not convinced. Peter Parker plans to marry the love of his life, Mary Jane Watson, but fate has other plans. Flint Marko, a convicted criminal who is the actual killer of Peter’s Uncle Ben, has escaped from prison and, as a result of an experiment, has been transformed into the powerful Sandman. Elsewhere, A disgruntled Harry Osborn seeks revenge on Spider-Man for the death of his father. A mysterious symbiotic entity fuses with Peter, giving him newfound abilities and power, but also begins to negatively affect his personality. The symbiote itself later gives way to another deadly villain, as Peter faces his most intense battle yet.

DID YOU KNOW: This was the final feature film appearance of actor Cliff Robertson, who portrays Uncle Ben in flashbacks. 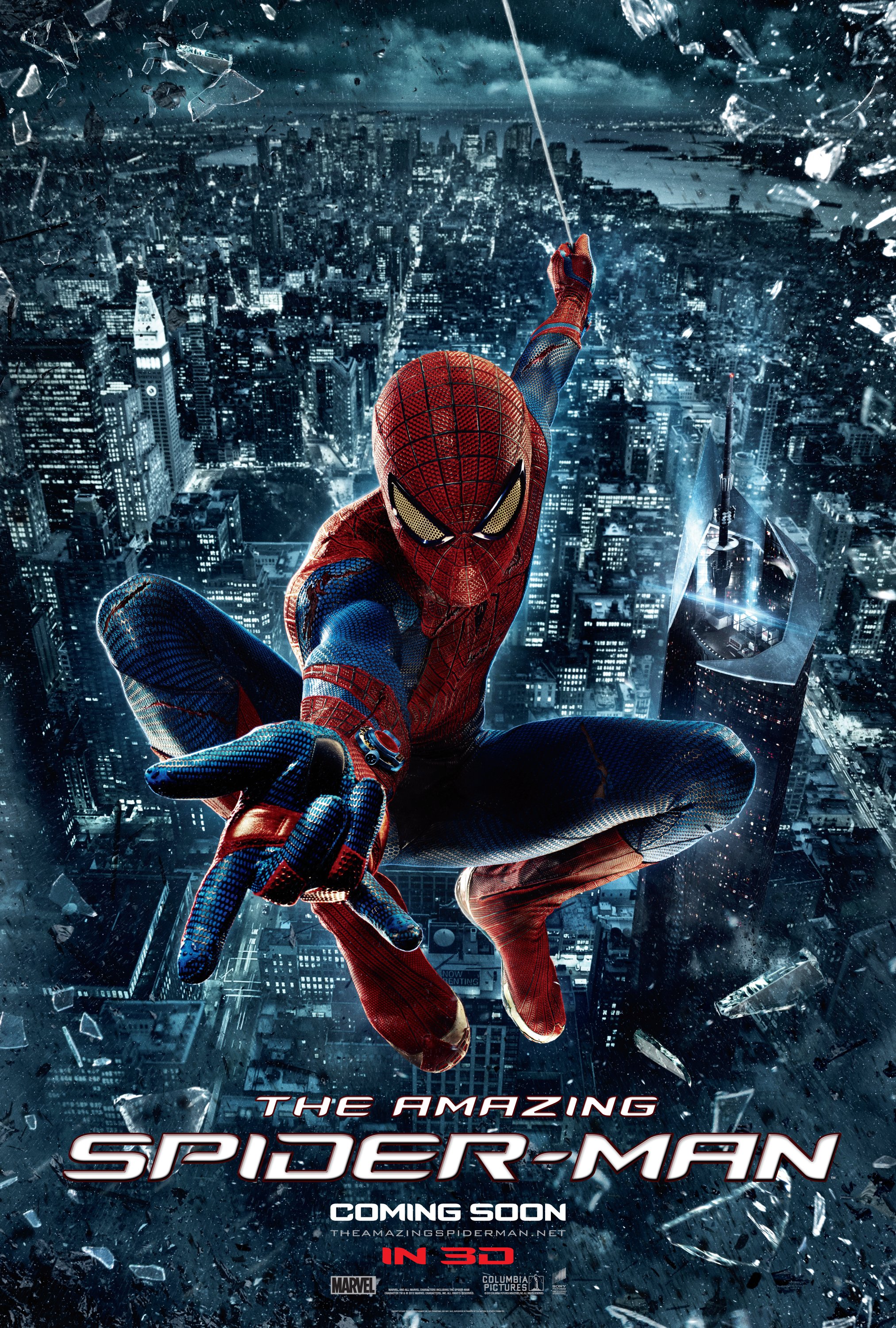 In the first film of the rebooted Spider-Man series, Peter Parker is an awkward teenager who pines for the beautiful and intelligent Gwen Stacy, while trying to solve the mystery of the disappearance of his parents years ago. A visit to Oscorp’s labs results in him being bitten by a spider that instills him with new abilities, but when his Uncle Ben is murdered, he must use his powers to pursue the culprit. Meanwhile, when an experiment from Dr. Curt Connors, an old friend of Peter’s father, results in him mutating into the Lizard, a deadly creature, Peter must step up his game and put a stop to the threat.

DID YOU KNOW: This marks the first time the Lizard, an iconic Spider-Man villain, appears in one of the live action Sony/Columbia films. Dr. Curt Connors (played by a different actor) appears in the Raimi films, but never actually becomes the Lizard in them. 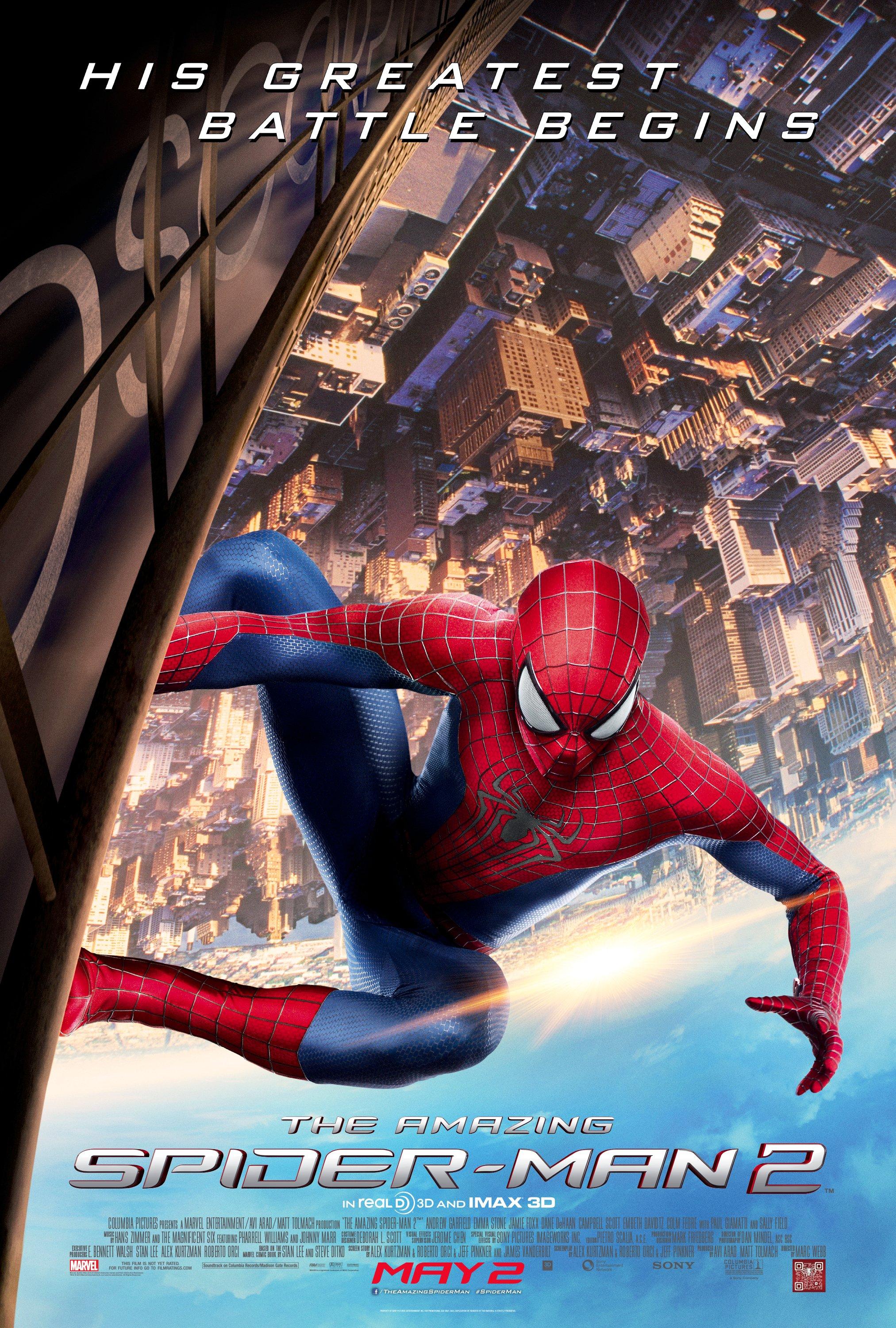 Peter and Gwen have graduated from high school, but their future together is on the rocks, largely due to a promise that Peter made to Gwen’s father prior to his death. Peter’s old friend Harry Osborn returns to his life, but he is suffering from a family illness that leaves him desperate for a solution to save his life. Meanwhile, Oscorp electrician Max Dillon, who is obsessed with Spider-Man, is transformed into the mysterious Electro, following an accident while working on the company’s electrical systems. Peter soon finds himself fighting a multi-front battle with some of his deadliest enemies yet.

DID YOU KNOW: This film was intended to serve as the “starting point” for Sony’s own Spider-Man Cinematic Universe, which would be something of an alternative to the Marvel Cinematic Universe, since Sony owns the rights to the character. But the mixed reception of this film resulted in the idea being aborted, and Sony and Marvel making a deal to use Spider-Man in the MCU.

There are many things to enjoy about this series, even if some of the films and elements of others fall short. In this regard, it is hard to come up with definitive rankings for the movies. For example, Raimi’s series has a superior rogues gallery, and a killer J. Jonah Jameson, portrayed by JK Simmons, whereas the Webb franchise has nothing that can compete with them. But on the alternative side, Webb’s series has a better love interest in the form of Emma Stone’s Gwen Stacy, and a more sympathetic version of Flash Thompson. So, after heavy analysis and rewatching, how do the films rank up?

5) The Amazing Spider-Man 2
It pains me to put this one in dead last, since it had so much potential, and actually does a good many things right. The performances from Andrew Garfield and Emma Stone are fantastic, but the movie is cluttered, feeling more interested in establishing a cinematic universe (which will now never happen) than creating a single coherent film. Electro is a weak, laughable villain whose character design feels like a rip-off of Doctor Manhattan from Watchmen, and he barely gets to do anything. The subplot with Harry Osborn as the Green Goblin feels shoe-horned in on top of everything else, and Peter exploring his parents’ fate/backstory is overdone. The biggest problem with this all is that it makes the same mistakes Raimi’s Spider-Man 3 did, to a greater extent. It is worth seeing once, but I cannot imagine myself revisiting this film as much as the others.

4) Spider-Man 3
Sam Raimi’s Spider-Man series started with such great promise, giving us two killer films which each had one memorable villain for the ages each. This movie gives us three villains and far too many subplots, and as a result everything comes off as underdeveloped, never living up to its potential. Topher Grace is criminally miscast as Eddie Brock/Venom, and Thomas Haden Church’s Sandman feels like he could have had serious potential as a “lone villain” in a movie, but as a result of overcrowding, he gets the short end of the stick. Not to mention the fact that Mary Jane Watson has become more annoying than sympathetic by this point in the series. There are still some great action scenes, and the movie certainly feels more “standalone” than Webb’s The Amazing Spider-Man 2, which is why it at least ranks slightly higher on this list.

3) The Amazing Spider-Man
Okay, we really didn’t need a reboot this soon after the previous Spidey series ended, but for what it is, this one is actually pretty good. Garfield’s Peter Parker/Spider-Man is better at capturing the “fun” side of the character, and definitely gets some moments to shine, where Emma Stone’s Gwen Stacy is far superior to the Spider-Man 3 incarnation of the character. The only real issues here are the overlong run time, which focuses too much on the unneeded origin story (we get it already!), and the lack of a truly memorable villain. That said, the good does outweigh the bad, even if it does not quite touch the better Raimi films.

2) Spider-Man
The one that started it all still stands as one of the best! This was the first major big-budget theatrical take on Spidey on film, and it did not disappoint. Tobey Maguire gives a superb performance, hitting the more dramatic notes perfectly, including dealing with his uncle’s death and day-to-day drama, both in and out of the Spider-Man suit. The real standout actor here is Willem Dafoe as Norman Osborn/Green Goblin, who makes this role his own, even if the costume is laughably bad and looks like something from Power Rangers. But overall, Raimi’s first outing for the web-head holds up surprisingly well 15 years later.

1) Spider-Man 2
There have been some great Spider-Man moments on the big screen, but nothing tops Raimi’s second attempt at the character. The stakes are higher here, and we get plenty of drama and action alike. The “hero’s crisis” faced by Peter in this film really helps the movie to stand out from the others. It is not just a good superhero/comic book movie; it is a good movie period. The performances are great all around, including Rosemary Harris’ Aunt May, and Alfred Molina as the villainous Doctor Octopus. This is the one Spidey film to rule from all from the pre-Marvel Cinematic Universe days, and one I am sure to find myself revisiting constantly.

With Spider-Man: Homecoming on the horizon, there is no better time than today to go revisit the previous cinematic outings of your Friendly Neighborhood Spider-Man!

Junkyard - Underrated Rockers Strike Back With ...

ENTER TO WIN TICKETS TO THE PAPA ...