Home›Commentary›Chris Cornell.... It's Not What You Think... (by guest author Rich Larson)

Chris Cornell.... It's Not What You Think... (by guest author Rich Larson) 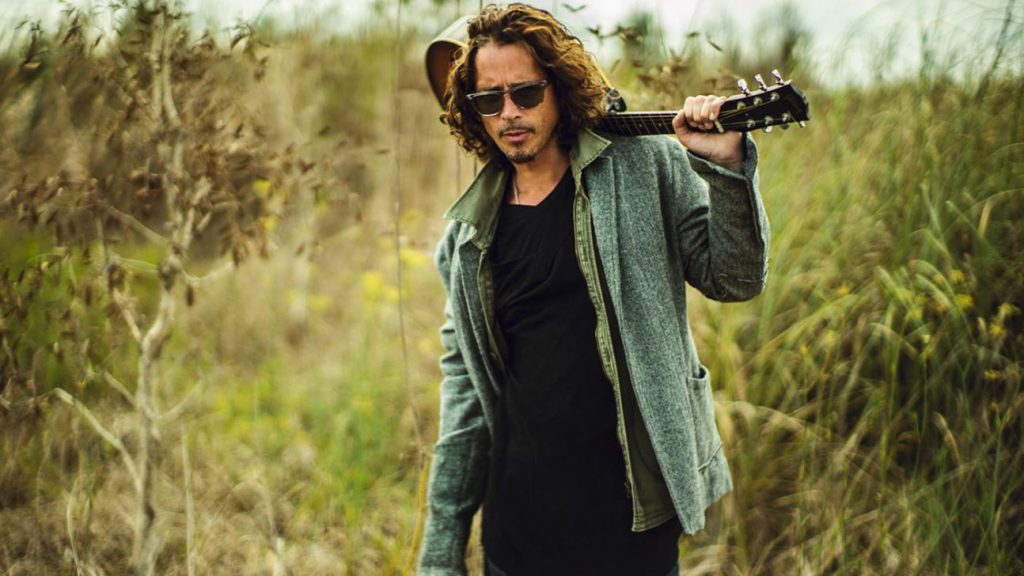 Christopher John Boyle- Known to the world as Chris Cornell - was born in Seattle on July 20, 1964
Chris left us in the very early morning of May 18, 2017 after a performance in Detroit. He was 52.

Chris Cornell died early Thursday morning. His band Soundgarden played a show on Wednesday night at the Fox Theater in Detroit. Two hours after the show ended, he was gone.

For two days, I’ve been working on a piece to pay tribute to him, and it’s been a struggle. Usually when I have a problem like this it’s because I’m staring at a blank screen trying to figure out what I want to say. That’s not the problem this time. The problem is I have way too much to say.

I’m not going to sit here and claim to have been a huge fan of Soundgarden. I didn’t dislike them, I just had to take them in small doses. I was a fan of Cornell. I love “Seasons,” the solo song he had on Cameron Crowe’s movie, Singles. It’s a droning acoustic song about isolation and the meaningless passing of time. Your basic nihilistic statement written at what was probably the peak of rock’s most nihilistic period.

I was a fan of Cornell as a person. Of all the great musicians that were packed into Seattle in the late 80’s and early 90’s, from Mark Arm of Mudhoney to Jeff Ament of Mother Love Bone and Pearl Jam to the Great Tortured Genius himself, Kurt Cobain, Cornell seemed like he rose a little bit above the others. He was the unofficial communicator of the Seattle scene. Like a Pacific Northwest Sinatra, he had a charisma and a calm grace about him. He was thoughtful, even charming, in interviews, unlike his compatriots who disdained fame and accolades (or at least pretended to). Cornell was the guy who seemed most like he could handle all the attention without turning it into an existential crisis. 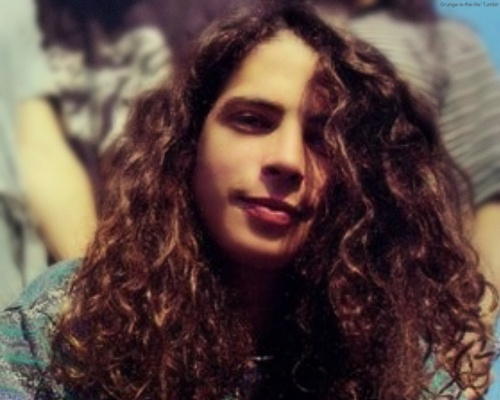 Now he’s dead because, as it turns out, he had been dealing with an existential crisis most of his life. I was a fan, and I had a ton of respect for him. But it’s taken me a little while to understand why his death has affected me as strongly as it has.

At first I thought it might have something to do with the fact that I was mostly a bystander while the music of my generation was taking over. Just as Nirvana and Pearl Jam were making that gigantic breakthrough in 1992, my fiancé and I discovered we were pregnant. So instead of investigating mosh pits at the 7th Street Entry, or watching Soundgarden and Pearl Jam rule the stage at Lollapalooza (it was a traveling festival in those days), I was hastily throwing together a wedding and then changing diapers. My wife and I got an early jump on things, so we’ve always told ourselves that we’d make up for lost time in our forties and fifties.

Well here we are, and something like this just makes it feel like we’ve arrived too late. But while that’s a legitimate thing, I don’t really think that’s exactly what is bothering me.

Then I thought maybe it’s a generational thing. Grunge is the gift that Generation X gave to the world of music. We took all that slacker cynicism, mixed it up with our older siblings’ sneering punk attitude, Zeppelin’s low end and, if we’re being honest, a little heroin. The result was the musical version of Beckett’s Waiting for Godot. It was gorgeous art that was absolutely sure that nothing really matters, making it feel immediate and important. It was the sound of a generation telling everybody, including ourselves, to fuck off. 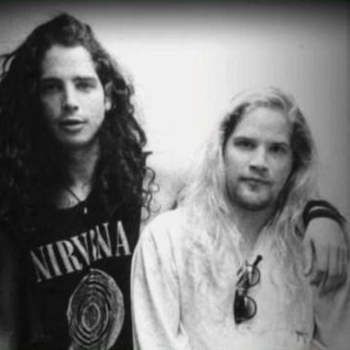 Chris Cornell with close friend and roommate Andrew Wood whom he wrote Hello 2 Heaven for. Andy was the vocalist for Seattle's legendary Malfunkshun and later for Mother Love Bone

And while we were wallowing in our splendid alienation, our spokespeople, predictably, started dying. First it was Andrew Wood of Mother Love Bone. A lot of us didn’t know about him until Cornell, along with Wood’s erstwhile bandmates (who were about to form Pearl Jam) memorialized him with a one off tribute called Temple of the Dog. Somehow, Wood’s story made death part our music’s romantic foundation.

A couple years later, Cobain killed himself with a shotgun. He was 27. Our Bob Dylan, the voice of our generation, threw it all away because he was afraid he was becoming a cliché. At least, that’s what we told ourselves at the time.

Shortly thereafter, Kristen Pfaff of Hole overdosed and died in a bathtub. And then Shannon Hoon of Blind Melon overdosed and died on a tour bus. It felt like people like D’arcy Wretzky of Smashing Pumpkins, Scott Weiland of Stone Temple Pilots, and, perhaps especially, Courtney Love – Pfaff’s bandmate and Cobain’s widow – were all headed in the same direction.

Alice in Chains’ Layne Staley died of a gruesome overdose. The fact that his body was not discovered for more than a week after felt somehow fitting. He was a emblematic of a generation that just wanted to be left alone.

And just when it felt like our music, and maybe our entire generation, would never live to see 30, things turned around. Love and Weiland cleaned their acts up (at least for a while). Bands like Pearl Jam thrived long after the term “Heroin Chic” disappeared. Before we knew it, we were a decade into a new century and a lot of the Poets of Grunge were still standing. Some of them were even in the Rock and Roll Hall of Fame. It felt like our heroes were out of the woods.

When Weiland died of an overdose of cocaine, alcohol and MDA at the end of 2015, it felt like an echo, and not something rooted in the present. He had become the most notorious addict of them all over the years; in and out of rehab so many times we had all lost hope for him. His death was something that had been predicted so often for so long that it might as well have happened in 1997. 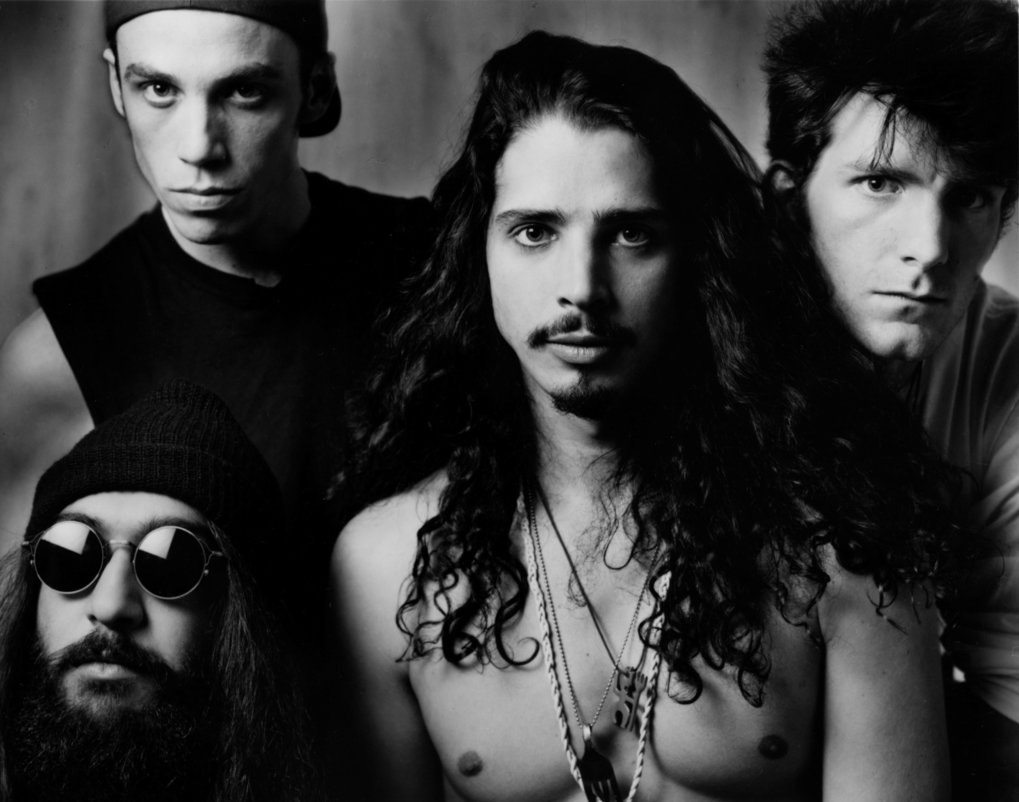 But Chris Cornell committed suicide on May 18, 2017, at the age of 52. He was a dad. He was a philanthropist. He was becoming an elder statesman of rock. He was a grown up. Cornell was aging gracefully, even doing that thing where some guys get better looking as they get older. He got Soundgarden back together, and they made a great new album a couple years ago. His voice still had all the power and strength it had displayed in his youth. Much like the rest of us, the world had kicked his ass a couple times, and he survived.

But now he’s gone, and goddammit, his is the death that bothers me the most. As I’ve been thinking about this, I’m realizing that it’s both a personal and a generational thing. Cornell had a long struggle with depression. As have I. As have many of you.

It’s possible that, along with grunge, Generation X’s other great gift to society is depression. I mean, of course it was here long before the Baby Boomers started re-producing, but we talk about it more than those who came before us. We talk about it as a demon or a monster. It’s a dark shadow that shows itself at any point in time without warning. It surrounds us, isolates us, and quiets us. Depression likes to blame things. We feel like shit because of mistakes we have made in life or because of the state of the world or because we aren’t perfect. Without a lot of help and a lot of work, it’s impossible to know that it really is a chemical imbalance in our brains. After twenty-plus years of trying to de-stigmatize depression, some of us still have a hard time recognizing it for what it is. And even then, it doesn’t always matter. 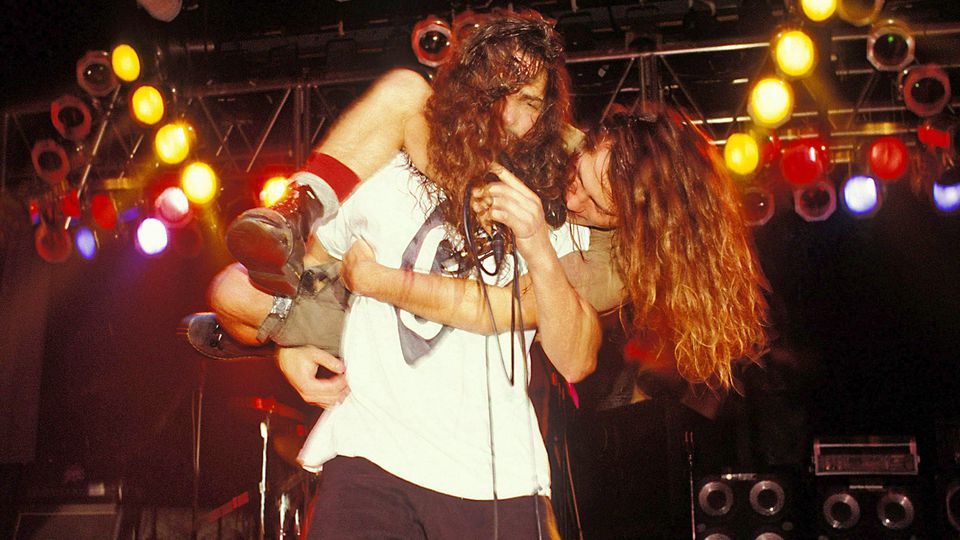 You might think grunge is about anger, but that’s not completely true. Yes, it can sound that way, but it’s really about depression and cynicism. Those two go hand-in-hand, along with their nasty little sister, anxiety. When the three of them get going, they just eat hope as quickly as it can be summoned. That leaves despair and despair is exhausting, not just for those who experience it, but for the people around it as well. So we keep it to ourselves because we don’t want to be a burden. And then it gets to be too much. Doesn’t matter if you’re a student, a mom, an accountant or a rock star. It doesn’t matter if you’ve written about it your entire life as a means of keeping it at bay. It doesn’t matter if the music you made about it brought in fame, respect and millions of dollars. It doesn’t matter if your entire generation has suffered from it. Depression makes you feel totally alone. You hit the breaking point, and then, like Chris Cornell, you hang yourself in the bathroom.

This wasn’t a young adult taking the easy way out because life got too hard. This wasn’t a spoiled, petulant rock star who thought that this was the best way to ensure his legend. This was a well-respected member of his community; a beloved musical hero who seemed to have it all together.

This could have been any of us. And brothers and sisters, if it’s you, don’t mess around with it. Please find some help.

Call it a senseless tragedy. Call it a second-act cautionary tale. Call it whatever you want. Just don’t blow it off as meaningless. 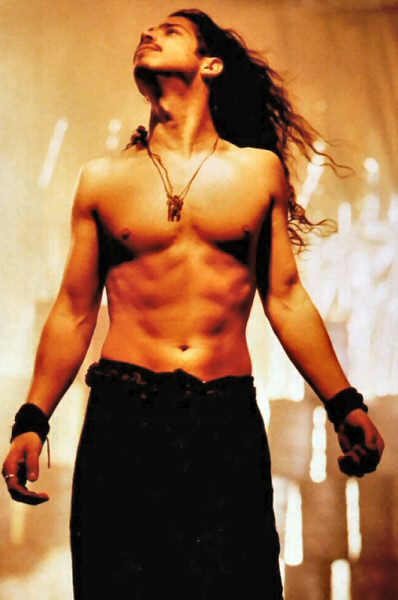 PLEASE, If you, or someone you know, are in need of someone to talk to, please contact the National Suicide Prevention Lifeline at 1-800-273-TALK (8255).

You are not alone. Please, call them if you need them. Please share this information widely.

ABOUT THE AUTHOR: Rich Larson is a freelance writer and editor with extensive experience covering arts, entertainment and lifestyle topics in Southern Minnesota and the Twin Cities. He can be contacted at [email protected]

ABOUT THE ARTICLE:  This article originally appeared on the blog site The First Ten Words By Rich Larson (click link to read more from Rich on a variety of subjects) and is re-posted here on ZRockR with the kind permission of the author with our most sincere and deepest gratitude.  Rich has summed up what so many of of have tried to put into words.

PHOTO CREDITS: Photos used in this article belong to the various labels ( SST, Sub-Pop, A&M, Epic, Suretone, Interscope, and Mosley ) and PR firms that have promoted Chris Cornell's music through out the years.  All rights reserved by them and the people who took the photos. 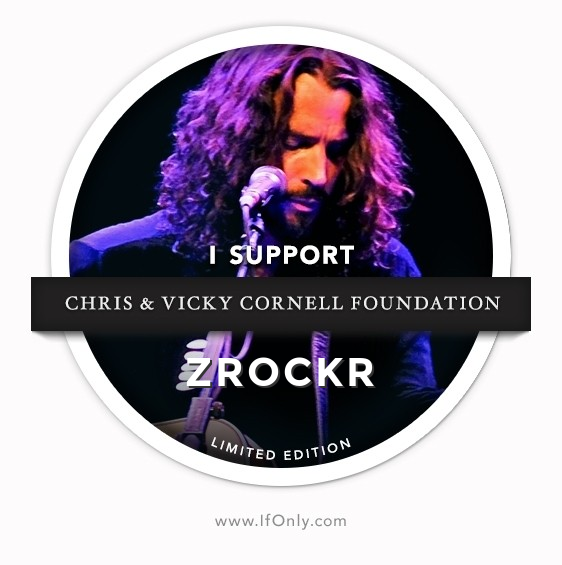 ZRockR Supports the Chris and Vicky Cornell Foundation. From Chris's website: " The Chris and Vicky Cornell Foundation is currently raising funds and partnering with charitable organizations to mobilize support for children facing tough challenges, including homelessness, poverty, abuse and neglect. " You can also support the effort in Chris' memory by getting a digital badge of your own. The cost is only 1 US Dollar and can be purchased at If Only who will get those funds to the foundation to help kids in need towards having a better life.