Home›News›Powerman 5000 and Pavement Entertainment ink a deal... new PM5K soon to be on the way!

Powerman 5000 and Pavement Entertainment ink a deal... new PM5K soon to be on the way! 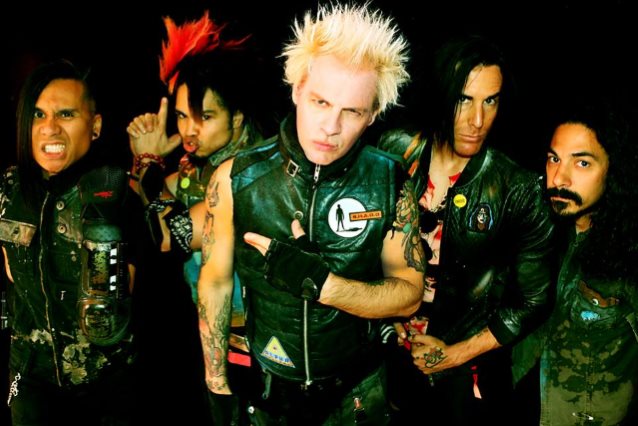 Spider and the boys, known the world over as Powerman 5000 ( PM5K) are now with Pavement Enterrtainment! Great Score with these guys, Mr. Nawara!

News from the Pavement Entertainment and PM5K camps:

Powerman 5000 have inked a worldwide deal with Pavement Entertainment. The new album "New Wave" marks the next chapter in the world of PM5K and the follow up to 2014's highly successful "Builders of the Future."

According to vocalist Spider One, "We went a bit dirtier on this one. Ripped it up more than the last couple of records. One of the goals was to recreate the noise of the live show. Keep in the chaos.” On the album title, Spider adds, “New Wave? Are we a new wave band? Well, I would say that we have always had more in common with Devo than Dio.”

Powerman 5000’s legacy continues to push the boundaries of rock, metal, industrial, rap and punk to create innovative and ground breaking releases time and time again. With songs like "David f**king Bowie," "Cult Leader," and "Sid Vicious in a Dress," the new album is sure to please longtime fans, as well as turn the heads of many more to come.

"New Wave" is Powerman 5000’s eleventh official release since forming in 1992 and continues the strides and success from their platinum selling album "Tonight the Stars Revolt!" to their most recent chart topping single in 2014 with "How to be a Human."