Home›News›TONIGHT AT ADRENALINE! A TRIBUTE TO CHRIS CORNELL Benefit for Nevada Suicide Prevention

TONIGHT AT ADRENALINE! A TRIBUTE TO CHRIS CORNELL Benefit for Nevada Suicide Prevention 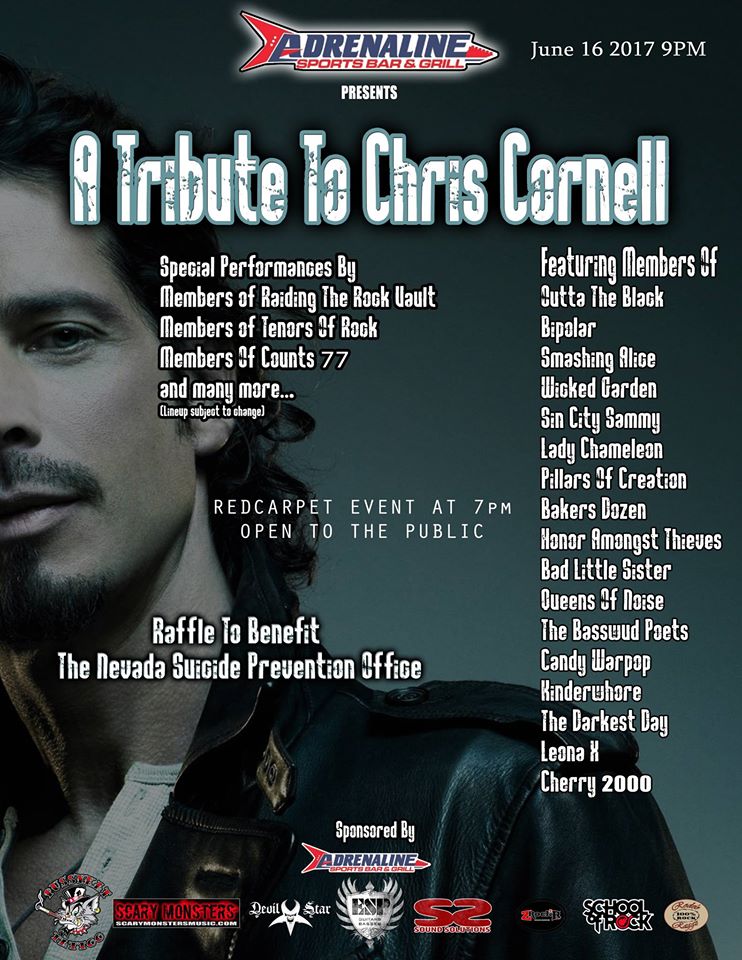 No Cover-  Amazing Raffle-  Donate as you see fit-  we are coming together to celebrate the life and music of Chris Cornell-  Voice of a Generation and an Artist for All Time.