Konami’s Castlevania has long been one of the most popular video game series. Following the Belmont Family and their allies in a quest to destroy Dracula and stop his schemes over the centuries, there have been dozens of games spanning just as many systems and consoles. It is no surprise that the series remains the favorite of many a gamer.

Upon hearing that Netflix would be releasing a new Castlevania animated series, I was both pleasantly surprised and pessimistic at the same time. On a more positive note, this is a series where the source material is practically begging for an adaptation; with medieval settings, appealing heroes and villains, and supernatural elements at play, what’s not to love? All the pieces are there for a potentially great show. But on a more negative note, video game adaptations, be them live-action feature films or animated cartoons, have fallen flat too often (does anyone remember when they tried to do Mortal Kombat as a Saturday morning cartoon for kids, or that Street Fighter cartoon that basically ripped off GI Joe? Or that shitty Super Mario Bros. movie with the guy from Roger Rabbit?) 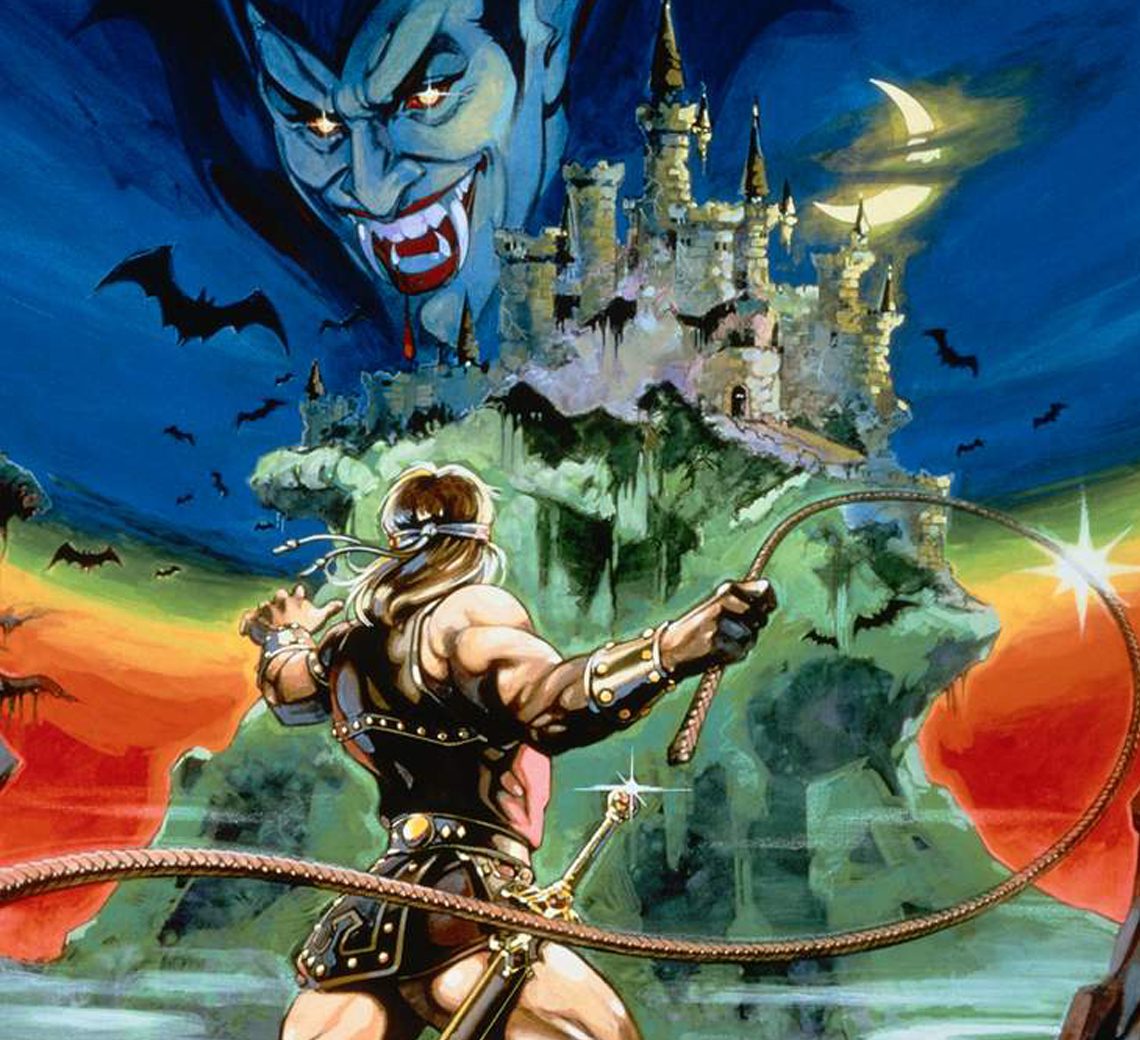 Artwork from the original Castlevania game from 1987. This series has been haunting gamers for three decades!

Still, the fact that Castlevania is getting this honor alone is reason to be excited. The first season is comprised of four episodes of about 30 minutes each. A second season has been greenlit, and will contain twice as many episodes.

The storyline of Netflix’s Castlevania series is loosely based on Castlevania III: Dracula’s Curse, a prequel to the first two NES games, which is often considered to be one of the best in the series. Dracula falls in love with a human woman who is curious about using his magic for the sake of healing people. Unfortunately, this dies not sit well with the tyrannical church of the day, who has her burned at the stake as a witch. Vowing revenge on the human race for the death of his beloved, Dracula unleashes hordes of demons upon the world. The disgraced and discredited Belmont Family’s sole remaining heir, Trevor, reluctantly steps up to do battle with the beasts that have been unleashed upon the world, eventually meeting other potential allies along the way. 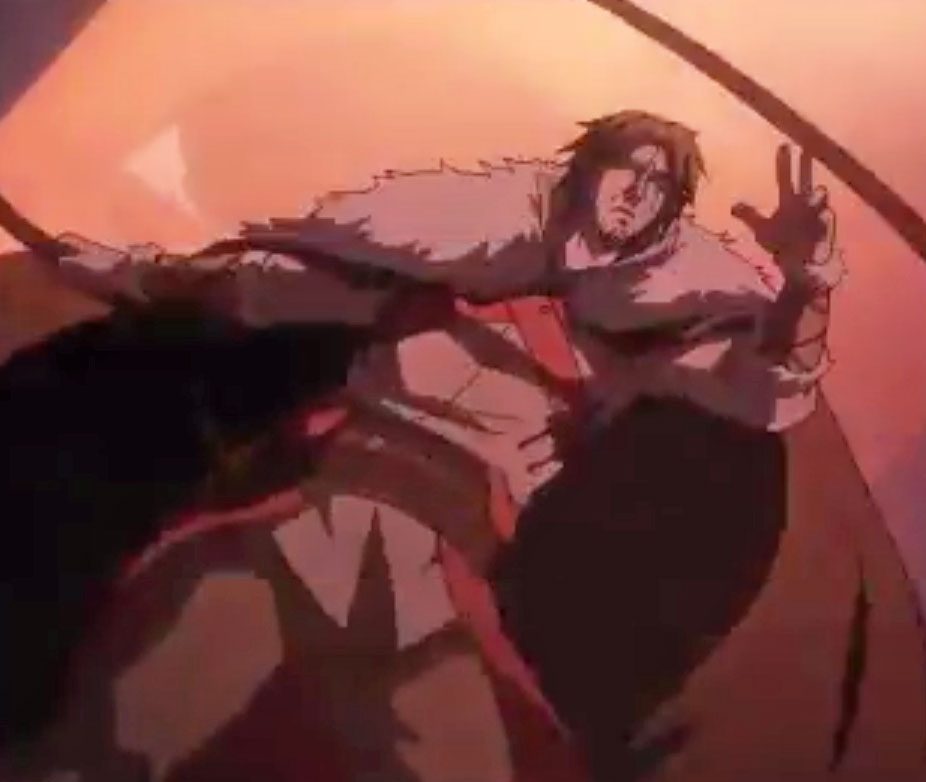 Overall, this longtime fan of the game series was quite impressed with this adaptation of Castlevania for Netflix. The animation quality is impressive, the heroes and villains alike shine, and the show is not afraid to become gritty and violent as need be; this ain’t no Saturday morning cartoon! Impressive voice work and a story by veteran writer Warren Ellis show that this may be one of the few adaptations of a video game that is, dare I say it? Actually GOOD.

I should probably start by saying that, while this series derives elements from Castlevania III: Dracula’s Curse, it is not a direct adaptation. There are new story elements, including the introduction of concepts and characters not seen in the games, as well as information that was only backstory in the games; the kind of stuff you would miss out on unless you read the instruction manuals. What is added/changed/etc. serves the greater good here. Even Dracula, evil as he is, manages to come off as a more sympathetic character due to his motivation.

Easily one of the best strengths of the show is Trevor Belmont. The show depicts him as something of a “couldn’t care less” type who has fallen from grace, due in no small part to the church writing the Belmonts off as heretics and such. This Trevor is an alcoholic and a wanderer, and his jump from vagrant to a fighting hero is something this fan loved seeing; he actually reminded me a little of Captain Jack Sparrow at times (which I mean in the best of ways). When we first meet him he’s a drunkard in a bar fight, who barely walks away from it. By the end of the season, he’s the heroic bad-ass we want as our leading man. And don’t worry; he never descends into campiness like that vain and wimpy version of Simon from Captain N: The Game Master. 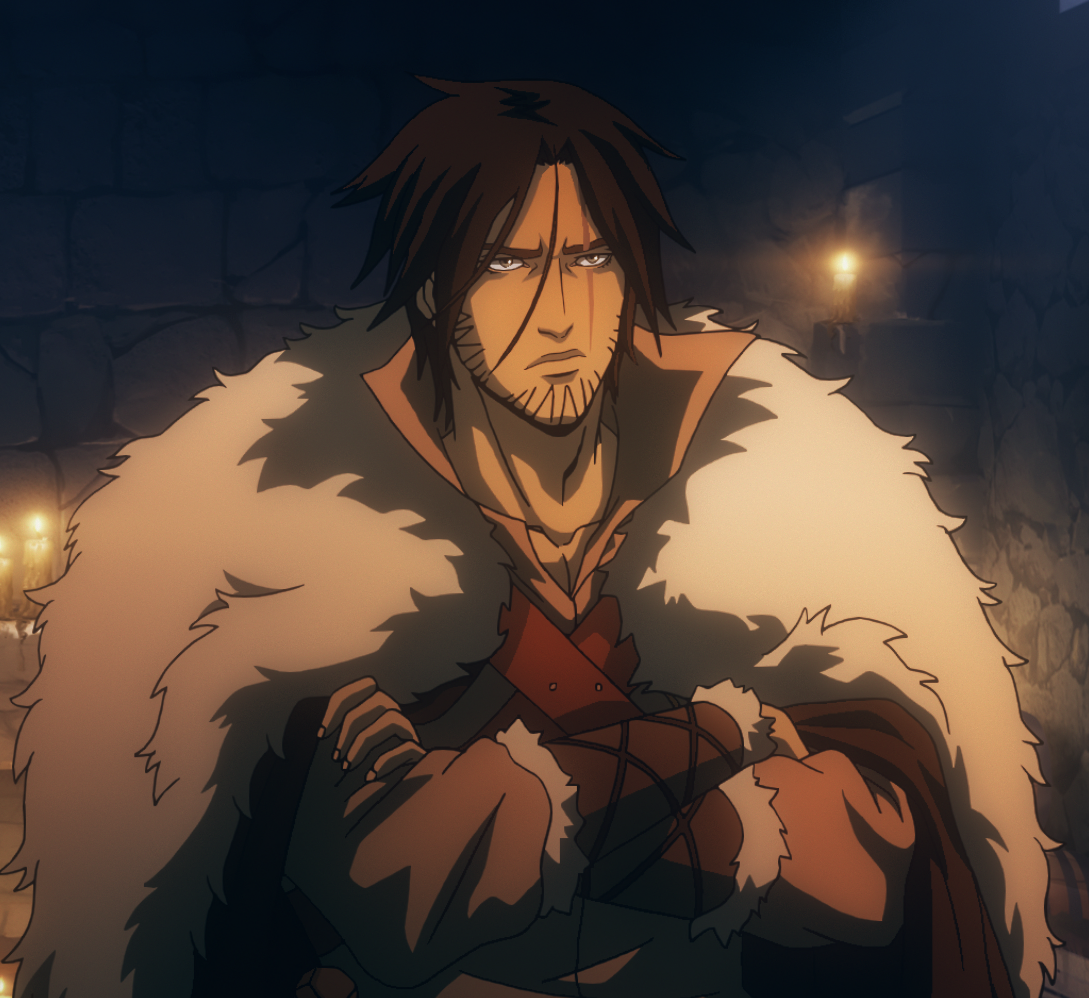 Also appreciated is the show’s TV-MA rating, which lets the writers and animators do what is necessary to drive a point home. There is blood and carnage, and the show is not afraid to paint the church/clergy to be villains of sorts (which is actually quite accurate of the time period). The series is gruesome when it needs to be, but it never seems to go over-the-top or to a point of bloodbath just for the sake of being violent.

That said, I did have a few minor issues with the otherwise impressive series:

First and foremost, we only get four episodes, and they are only half an hour each. This feels more like a prelude to something bigger than like a “season.” Fortunately, we should have a longer second season before the end of the year. These episodes serve their purpose well, but can’t help but feel like much more than an introduction, and a first step into this world.

Another issue is the pacing and time spent on certain, often trivial matters. An early scene set in a bar has some drunken, rude gentlemen, and one rants on with a story about a man “fucking a goat.” NO, I am not making this up. This would have been a great throwaway line for bar dialogue, but it quickly becomes something that takes up far more time than it should. The time wasted here could have been used for more world building, or further exploring the backstory of the Belmonts.

The last issue is that, when Dracula’s army starts invading, the variety of creatures we see is surprisingly limited. Given the enemy bestiary the games have, surely they could have animated some more monsters. I’m not saying we have to see the Mummies or Frankenstein’s Monster right off the bat, but give us more creature variety in Season Two!

Despite the issues, Castlevania breaks the curse of shitty adaptations of video games. This TV-MA series is everything fans will want, and may pleasantly surprise you, as it did me. Do you have Netflix? Are you a fan of the Castlevania game series? If you answered “yes” to these questions, go start watching!

War for the Planet of the Apes ...