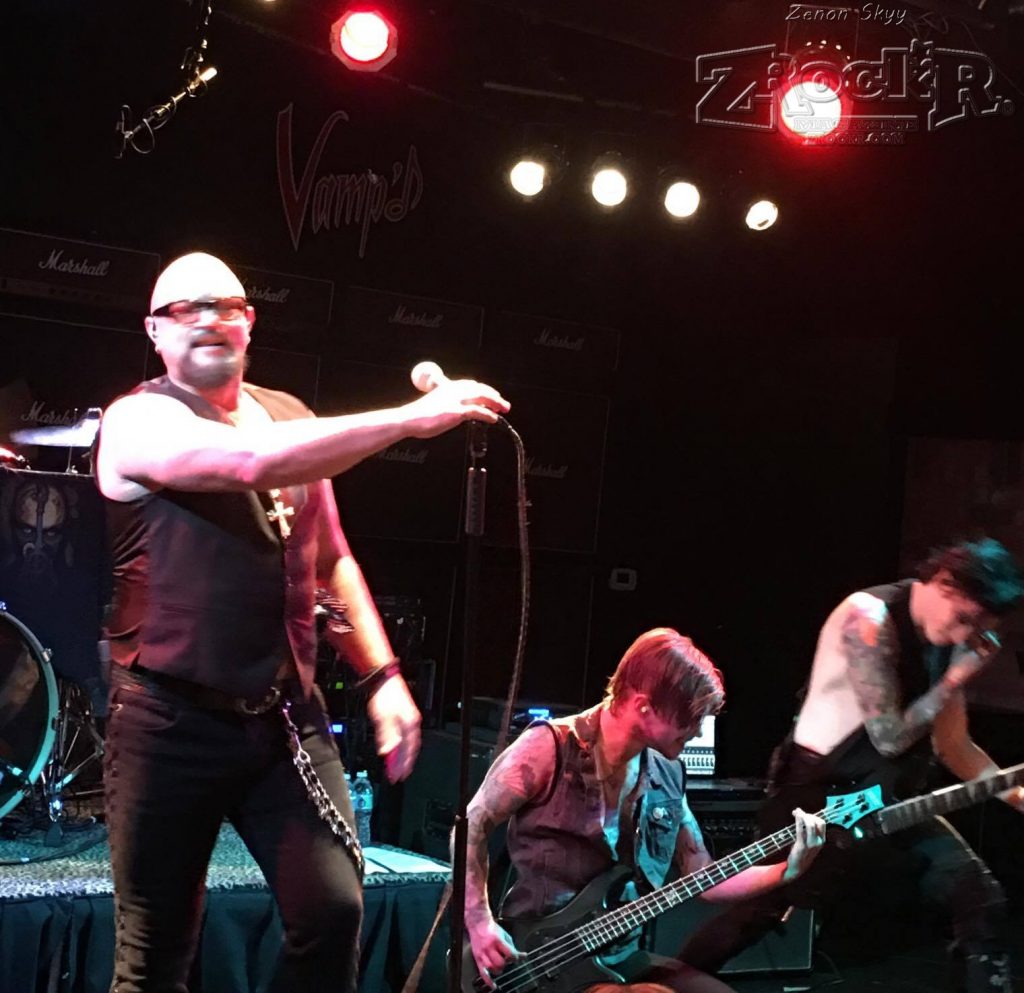 It's been several years since the legendary Geoff Tate parted ways with Queensryche, and there have been at least three occasions where he/his band have played in town. I saw the first show at House of Blues, and back then, he still had a legal right to also tour under his former band's moniker, at least for a little while.

Over time, as he set out to do, he's had a revolving door of musicians backing him, nonetheless all talented enough to pull off performing the material at hand. This time out he had three younger guys in the band: one of the two guitarists, the bassist, and the drummer (my apologies for not recalling their names, a search online left me empty handed too). The other guitar player who played the lion's share of the leads is Scott Moughton, and I believe the keyboardist was still Randy Gane.

The meaty 19 song set started with Rage For Order's "Neue Regel" and continued at a nice pace, including tunes performed from no fewer than seven Queensryche albums, as well as Geoff's last three platters since his exit. So, there was definitely a good cross section of expected hits as well as deep tracks; certainly much of this material is not being heard on stages by his former band, fronted these days by Todd La Torre. But this is great, since fans of the music who haven't taken hardline sides can enjoy the variety of both bands live. To see and hear songs such as "I Am I," "spOOL," "Damaged," "At 30,000 Feet," and "Walk in the Shadows" among others of off less commercially successful releases is a treat, especially for diehards. Another highlight was that the intimate nature of the venue allowed for Tate to tell a few poignant stories as intros for the following selection. 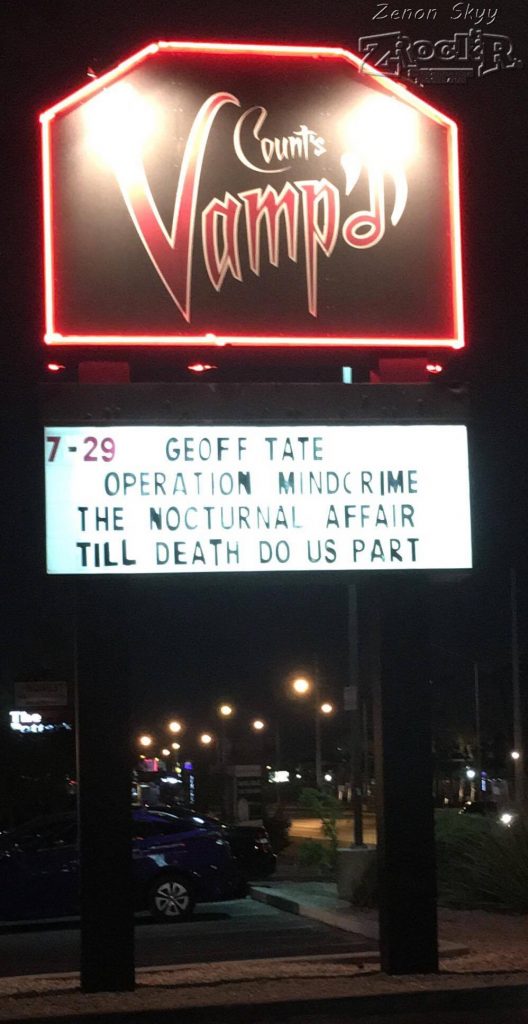 Although I wasn't quite expecting the drastic change in his backing band's lineup from the last time they were here, it was all well and good; everyone was firing on all cylinders. Tight twin leads where expected, a precision rhythm section, a great sound mix. Geoff even sipped some red wine from time to time, his own vintage probably. The Warning's "Take Hold of the Flame" was resurrected, albeit the vocals were slightly altered in spots to compensate for Geoff's somewhat diminished yet still impressive range these days. The songs played off of Operation: Mindcrime's last two albums (two of a trilogy to be completed shortly) fit right in with the rest of the material to these ears.

After a lengthy, but nicely paced 17-song set, it was great to get not only one, but two encores in the form of "Breaking the Silence" and "Empire."

Was I a bit skeptical that Geoff and company could still bring the goods? Not really. He's a consummate pro who picks fine musicians. And has a large catalog to choose from, while seemingly not under pressure to do a "90% greatest hits" set. Also, as a change of pace, it was nice to see a more laid back performance than ones in the arena days he enjoyed.

Verdict? If you missed this one, in my humble opinion you missed out on a great night of thinking man's hard rock.