Home›Features›Metropolis - A Look Back at Giorgio Moroder's 1984 Restoration of This Silent Classic!

Metropolis - A Look Back at Giorgio Moroder's 1984 Restoration of This Silent Classic!

First released in theaters in 1927, Fritz Lang’s film Metropolis was one of the most famous and iconic of movies, influencing everything from Star Wars to Blade Runner. The silent epic, upon its release, was cut severely, reducing much of the originally intended story, damaging what was meant to be a great epic. Over the years, many attempts have been made to revive and restore the film. One of the first great efforts to restore the movie came in the early 1980s at the hands of a fan of the movie, legendary pop performer/songwriter Giorgio Moroder. This was the first true effort by anyone to restore the movie, and it would certainly not be the last.

You may not immediately recognize the name Giorgio Moroder, but if you have seen films like Scarface, Flashdance, and Top Gun, you have heard songs that he wrote. Moroder’s efforts brought together all then-known footage of Metropolis in existence, which was mastered and compiled, with Moroder also making some changes, including the use of subtitles instead of traditional silent film intertitles, and the addition of color and tinting to sequences throughout the film, as well as a few other stylistic/color changes.

The other major change made by Moroder, in an attempt to make the film more marketable to (then) modern audiences, was to create a soundtrack with music from many of the finest pop-rock performers of the era. Artists who recorded songs for Moroder’s restoration of Metropolis included Jon Anderson (vocalist of Yes), Billy Squier, Freddie Mercury, Adam Ant, Bonnie Tyler, Cycle V (actually Frank DiMino from Angel), Loverboy, and Pat Benatar, as well as instrumental tracks by Moroder. 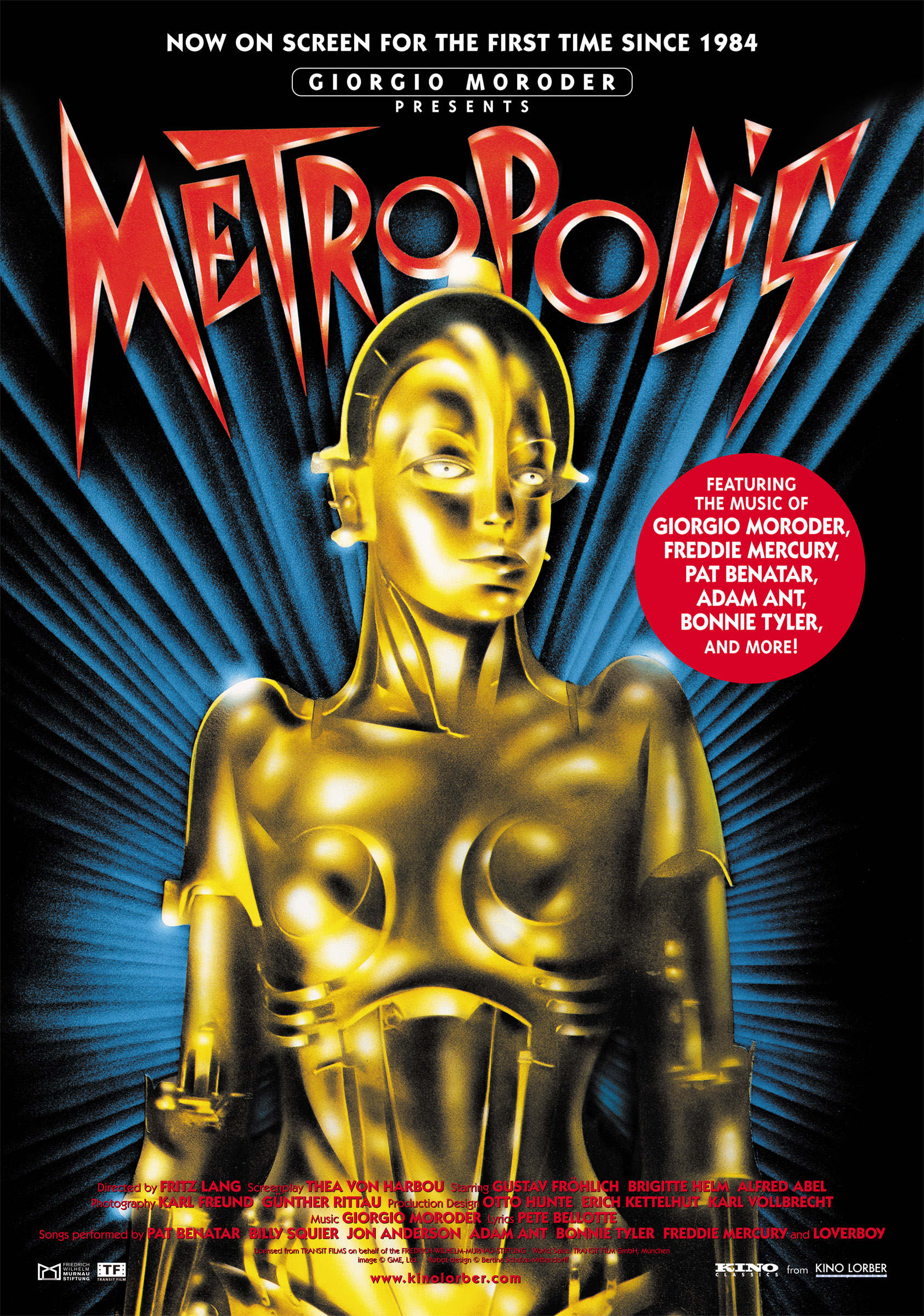 For the unfamiliar, the basic story of Metropolis is set in the future. The small group of culturally elite, which includes Joh Fredersen, the man who was largely instrumental in the creation of the society, live atop a tower in peace, where everyone is the picture of health and can enjoy all forms of pleasure and recreation. It seems like an ideal existence, until one sees that, beneath the picturesque surface, lower-class people are worked tirelessly and often to death in factories, living a less-than-favorable existence and barely scraping by. Joh’s son Freder befriends Maria, a woman from below that speaks of a better way of life where people from both societies can live together, but Joh will hear nothing of it, looking down upon those below.

Rotwang, a mysterious scientist and old acquaintance of Joh, unleashes a mysterious robot that takes the form of Maria and sparks those living down below into riots and violence. It is up to Freder to do his own investigations and find a way to bridge the gap between societies, in an effort to find peace. 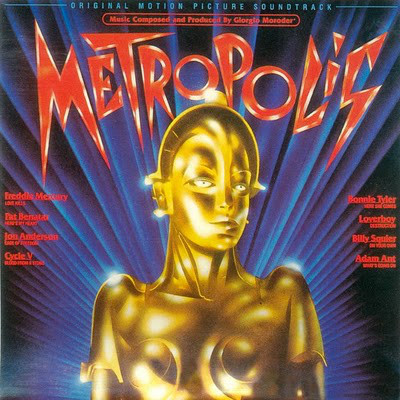 Metropolis, in any shape or form, is a film that everyone should be seen once. You’ll see elements that were influential on everything from Star Wars and Blade Runner, to The Hunger Games. Made at the tail end of the era of silent film, this was one of the biggest and best of them all. The days of silent film would soon be numbered following this movie’s release in 1927, but if the era had to end, it could not have gone out with a bigger bang than Metropolis.

The images in Metropolis stick in your mind long after you have watched the film. A tower that stretches high above a cityscape. City roads packed with traffic, with airplanes and airships that fly through the skies above. Gardens of pleasure, and Olympic stadiums. Workers straining themselves to exhaustion beneath the surfaces. A machine visualized as a (literal!) man-eater. City streets in chaos with flooding. When you finish watching this film, you take its images with you, forever, whether you were a fan or not.

It is unfortunate that the film had been so heavy butchered and edited over the years; much of this was done so American theater owners could get in more showings of the movie in a day, and thereby, turn larger profits.

More thorough restorations of Metropolis have followed Moroder’s efforts; those versions of the film are certainly the better ones from a cinematic standpoint, leaving the Moroder version of the movie as something of an odd historic relic. Yes, this version of the movie, with its odd coloring effects and distinctly 80s soundtrack, is dated, especially compared to The Compete Metropolis release that came out from Kino Video several years back (the same company that also reissued this version of the film) But dated, or not….

….this version of the film is a ton of fun.

I would argue that Moroder’s version of the movie, though certainly shorter and less thorough than the more recent “Complete Metropolis” restoration (go see that if you want the story as originally intended), is arguably the better version of the movie to draw in casual fans, particularly those that are fans of 80s rock-pop. The soundtrack, though dated, features great performances from some of the best performers of the day, and it is too bad that many of these artists do not really acknowledge their songs contributed to this film years later. Running at just over 80 minutes, it is a relatively quick viewing experience, and its visuals will certainly keep your interest. In fact, some may argue that this version of the movie actually improves the pacing. 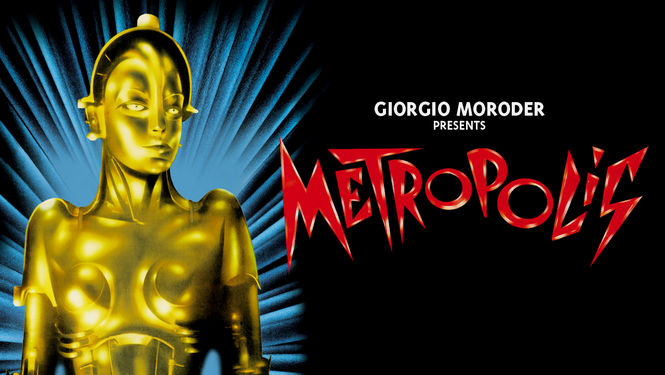 One of Metropolis’ greatest strengths is how well the story has aged. It is, in many regards, a simple tale of the upper class and the lower class, with those at the top wanting to remain in isolation and not share the wealth, with those lower down simply wanting better working conditions and unity. Even though Metropolis is nearly a hundred years old, you will see parallels between this film and things that are going on in the world today. In fact, it seems like with each passing year, the story told in this film, both in terms of its technology on display, and its tales of economic strife and struggle, are becoming more real.

The Blu-ray Disc put out by Kino Video does an excellent job restoring the musical score, though the image quality is not up to that of the more thorough restoration effort of The Complete Metropolis, likely due to working with less-than-favorable source elements (reconstructing this version of the film from the same remastered elements of The Complete Metropolis would have been far costlier and more time consuming, so this is understandable). The disc also includes a brief (about 20 minutes) documentary on Moroder’s efforts to restore the film, made around the time this version of the movie was released, in 1984.

The Giorgio Moroder version of Metropolis is certainly dated in many regards, but it does not change the fact that it is a ton of fun to revisit this 80s take on a classic 20s silent film. The Complete Metropolis, restoring the film to nearly its full length, is the better version for silent film purists. But for more casual viewers, fans of 80s rock-pop, or just those that are curious for one reason or another, this 80-minute relic from 1984 is well worth checking out.

DISCLAIMER: All images in this review are the property of the respective copyright holders, including Kino Video and The Estate of Fritz Lang. For promotional use only. All rights reserved.