Home›Features›Dokken - Live Album Beast From the East Reissued and Remastered by Rock Candy!

Dokken - Live Album Beast From the East Reissued and Remastered by Rock Candy!

From their formation and initial releases in the early 80s up to their disbandment circa 1989, Dokken rocked the world, winning over fans across multiple nations and continents. The classic lineup of Don Dokken, guitarist George Lynch, bassist Jeff Pilson, and drummer “Wild” Mick Brown, was the best and most iconic incarnation of this group. And while even this classic band had to come to an end, it was appropriate that they go out with a bang.

During the Monsters of Rock 1988 tour across Japan with other big-name headliners, Dokken recorded what would become the double vinyl Beast from the East LP set, co-produced by the band and Angelo Arcuri (probably best known for his engineering work on the 80s Dio albums). The record was well received by fans, cracking the Top 40, and even receiving a Grammy nomination. The band would be all but extinct a mere few months later (though they would reunite over the years), but fans and critics alike agree that this double LP of live Dokken in Japan was easily one of the highest points of their career, and certainly their best live release. In addition, the LP of 16 live tracks also featured a new studio track, “Walk Away,” bringing the total number of songs to 17. 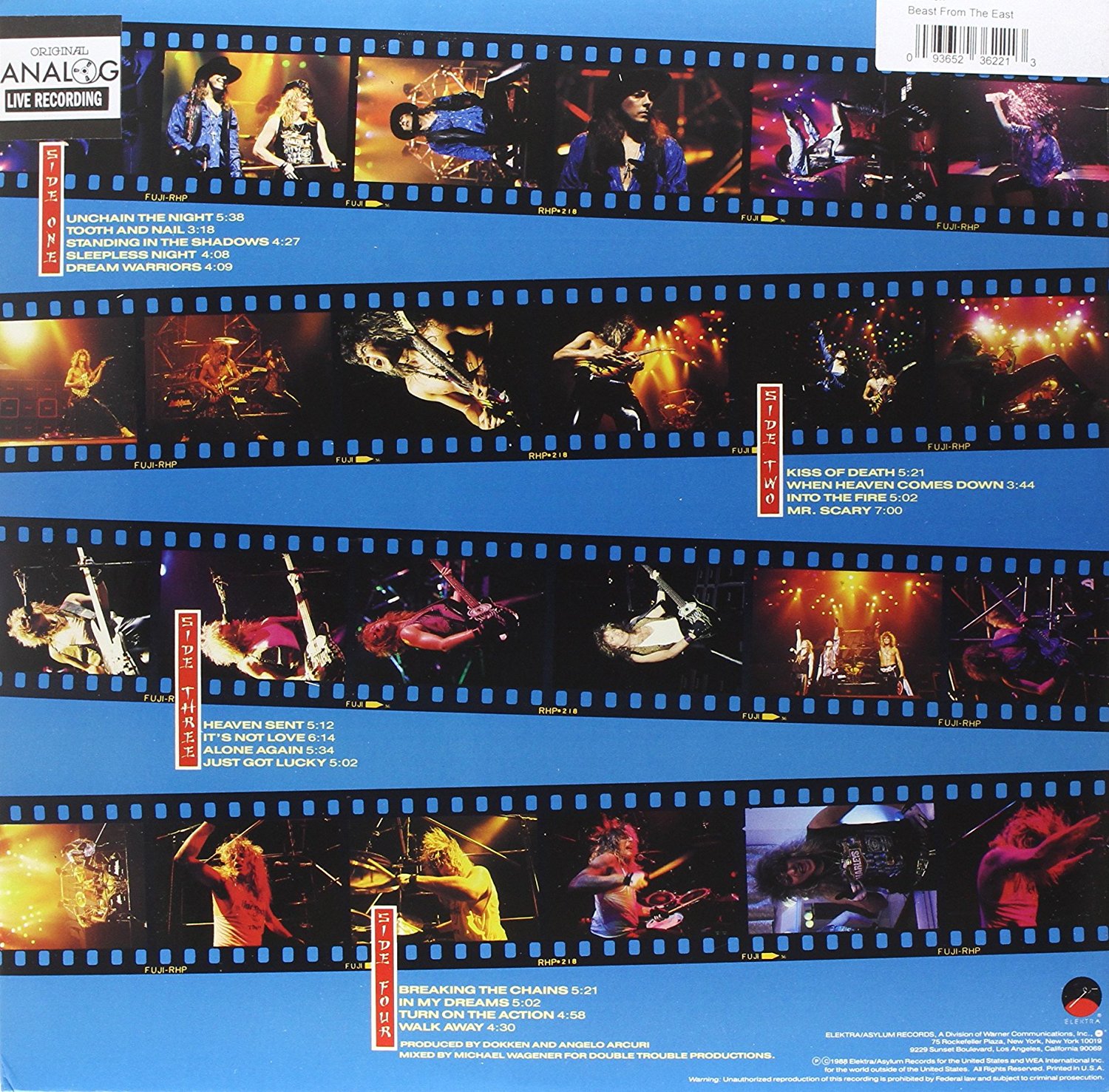 Disappointingly, existing CD releases of the album cut three of the songs, reducing the total number of tracks to only 14 (13 live plus “Walk Away.”) This was presumably done to fit the album onto a single CD due to space constraints. Fortunately, Rock Candy’s new CD reissue is rectifying this problem, reissuing the release across two discs with all of the original songs intact, plus new essays and rare photographs.

First of all, a look at the album itself.

Basically, this is Dokken on live Japanese stages in 1988, playing to their most enthusiastic audiences of the era. The band, in their musical prime just prior to their initial disbandment, shells out hits like “Unchain the Night,” “Tooth and Nail,” “Dream Warriors,” “Into the Fire,” and “Alone Again,” but also digs into the vault and pulls out deep tracks like "When Heaven Comes Down," “Standing in the Shadows,” “Sleepless Nights,” and “Turn on the Action” (the latter three tracks were removed from the original CD release but are restored for the two-disc Rock Candy CD set). These songs are given a live rawness and energy; quite the opposite from the band’s studio albums, which almost feel overproduced by comparison.

This is the latest in a long line of Dokken reissues from Rock Candy; the band's first four studio records have also been reissued by the UK-based label.

There are many highlights to this live release, with one of the best moments being an extended version of the “Mr. Scary” instrumental that runs for over eight minutes. The album feels like a live album from start to finish, and not the product of studio alterations, like so many other so-called “live” releases do. My hat goes off to Dokken and co-producer Arcuri, for creating a live album that actually sounds and feels live.

The additional studio release track, “Walk Away,” is a great addition to the band’s catalogue, and it is a shame that this one tends to be overlooked by the fans compared to the band's earlier output (although it does turn up on hits compilations).

The one issue I have with the otherwise superb live release are a few hits that should have been performed, including “Paris is Burning,” “Prisoner,” “The Hunter,” and “Burning Like a Flame.” There are many other deep cuts I would loved to have heard, but the purpose of this review is not to nitpick the tracklist; most fans will love the variety of what the package offers. 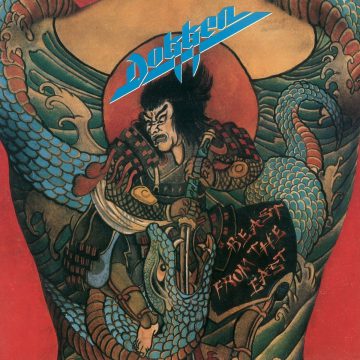 As usual, Rock Candy pulls out all the stops, restoring the album to its full 17-track duration, with no edits or missing songs, and includes an essay and rare photos and visual content.

I do not have the older CD to compare this to, but have compared it to assorted clips of older releases online, and from what I can tell, sound quality is certainly superior to older releases, with the bass/drums more powerful, the vocals clearer, and the overall sound quality being considerably less “flat” than the older release. Even if you own an older version of the album, this is worth the double dip, just do not expect to sound like a crystal-clear studio record; that is never what this album was meant to be.

Overall, this is a great live chronicle of Dokken, hits and deep tracks alike. And that it is why it ranks as one of this fan’s favorite live albums; it’s a great “last hurrah” for Dokken’s original/classic era, and Rock Candy more than does it justice.

NOTE: The link below is NOT pulled from the Rock Candy release, and is only to serve as a sample of some of the live material contained on the disc.

Corey Feldman and His Angels Bring a ...