When it comes to classic rock/power pop, there is no finer band than Cheap Trick. Over 40 years after their founding, this is a group that still sounds fantastic and always brings their best to the table, be it in the studio or on the live stage. And Rockford, Illinois’ favorite sons are the latest rock and roll band to jump on the Christmas album bandwagon.

It seems like every day, more and more bands are putting out both covers albums and Christmas/holiday albums. Christmas Christmas, the Cheap Trick Christmas album, is a little bit of both, primarily comprised of cover songs of other traditional and rock and roll Christmas favorites, but also features a handful of original tunes from the band. But the question on everyone’s mind – is this release any good, or is it simply a holiday cash-in? 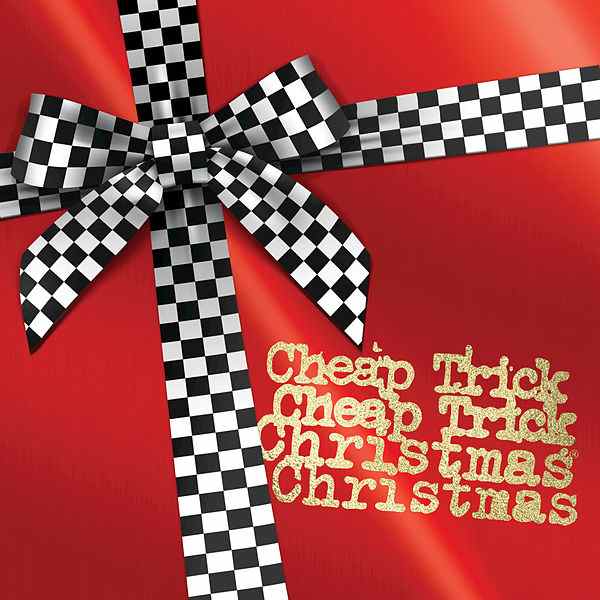 Here is a look at the tracklist for the release:

Honestly, I do not get thrilled about cover albums or holiday records; both have been overdone to death by countless bands. But overall, Christmas Christmas stands as a solid effort. It is not only a good Christmas album; it is also a good Cheap Trick album, and that is saying something given that we have gotten two solid "traditional" Cheap Trick albums in the past two years already.

Although everything here is a Christmas song, Cheap Trick does a solid enough job uniting a nice mixture of traditional favorites and rock and roll Christmas songs. Sure, you expect traditional fare like "Silent Night," but how about gems like The Kinks’ “Father Christmas” and Wizzard’s “I Wish It Could Be Christmas Every Day?” I have always admired Cheap Trick for not being shy about their influences, and seeing what kinds of tunes they have dug into the vault to unearth and cover here is a definite highlight. The band gives these tunes the Cheap Trick treatment, and it is a definite highlight. While not every song works as well as the others (this version of “Run Rudolph Run” gets a little too far away from the old-school rock and roll rawness of Chuck Berry’s original), overall the performances are fantastic, and fans of both Cheap Trick and rock and roll Christmas music will like what they hear here. Even the handful of original cuts bookending the album blend in seamlessly.

Christmas Christmas shows Cheap Trick doing what they do best, and creating a holiday album that is anything but generic covers or “by the book.” Not every cut is perfect, but overall the good outweighs the bad. There is more than enough here to give the album a firm recommendation!

Just Getting Started.... Never Quite Gets Started