Home›Movie Reviews›Jumanji: Welcome to the Jungle is a Comedic, Action-Packed Gem!

Jumanji: Welcome to the Jungle is a Comedic, Action-Packed Gem!

Jumanji: Welcome to the Jungle is directed by Jake Kasdan, and stars Dwayne “The Rock” Johnson, Jack Black, Karen Gillan, and Kevin Hart. The film is a loose sequel to/reboot of the 1995 Jumanji film, which was based on the picture book by Chris Van Allsburg.

Four high school students receive detention for various misdeeds and find themselves in a “junk room” of sorts, where they discover a mysterious, older video game console with a Jumanji game, in which they play as a selected character. Little do they know that the console/game is the evolved version of the board game from the first Jumanji film, which in 1996, was responsible for another young man’s disappearance. Upon activating the game, the four find themselves transported to the game world, stuck in the bodies of the characters that they chose to play as. They must join forces and return a jewel to a sacred statue to remove a curse on the land, winning the game and returning home. But there are many obstacles and challenges, including deadly wildlife, treacherous terrain, and a vengeful villain who has set his sights on the jewel, and has unleashed his henchmen to take out the heroes.

This film is simultaneously meant to function as something of a sequel and a reboot to the Jumanji series. However, it is more or less standalone; you do not need to have seen the first movie to enjoy this one, though there are a few modest references to the first movie throughout that longtime fans will enjoy and appreciate. 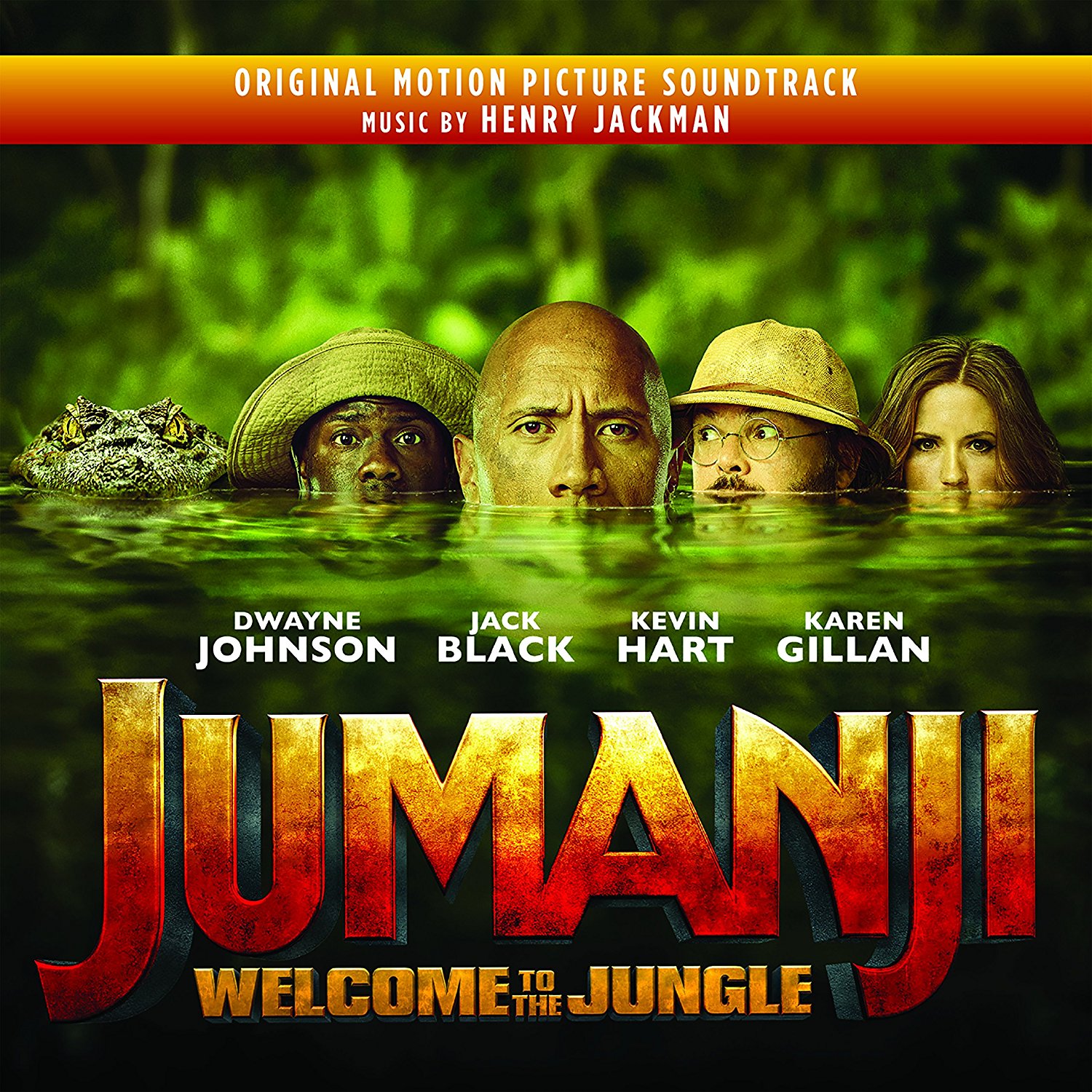 Welcome to the Jungle was another one of those films I was not quite sure what to expect from, but the end result contains plenty of action and comedy alike, with great chemistry between its lead actors, riveting action/adventure sequences, and plenty of memorable moments throughout. The film is a bit overlong and certainly not the most original or deep thing you will see at the movies, but it is quite entertaining nonetheless.

The film’s main “joke” throughout is having the heroes trapped in the bodies of the avatars they choose when starting the game. This means we get a nerdy video game player transformed to have a buff physique, a tough and popular football player stuck in a much shorter and physically unimpressive body, an outcast girl getting the body of a shapely adventuress, and the school’s popular, social media-obsessed girl stuck in the body of a chubby middle-aged man. Often, body swapping gags like this fall flat, but in Welcome to the Jungle, it’s pretty damn funny and makes the movie all the more entertaining. You’ll definitely laugh at Dwayne Johnson acting like a scared teen boy, and Jack Black as a teen girl freaking out and having to come to terms with the gender swap. There are plenty of hilarious one-liners and moments throughout that you will remember. Chemistry between the actors, playing characters who have nothing in common but each other, and having to work together towards a common goal, makes the film even more interesting and entertaining.

The jungle setting gives our heroes plenty of opportunities for action moments, whether they are face-to-face with wild beasts, or henchmen of a villain who wants to get his hands on the jewel our heroes have. There are plenty of Indiana Jones-esque sequences, which is hardly surprising given director Jake Kasdan’s father, Lawrence Kasdan, wrote the screenplay for Raiders of the Lost Ark. Action comedies are a dime a dozen these days, but this is one that gets the best of both worlds right. There are even traditional “video game” elements worked in, which make for an interesting touch in many places. While this film is probably a far cry from what Chris Van Allsburg had in mind when he wrote the original Jumanji book back in 1981, no one can deny that it’s entertaining.

Okay, the movie is not perfect. At nearly two hours, it’s too long. The end result could easily have been 15 minutes shorter with no major loss of plot or substance. Likewise, the main villain has no depth and is fairly bland despite his fearsome appearance. Outside of the main cast and an additional character they encounter in their journey, the other personae in the film are generally forgettable. However, I doubt anyone going to the movies to be entertained and for pure escapism is going to be disappointed by what they find here.

Welcome to the Jungle is a worthy Jumanji follow-up that succeeds with terrific action/adventure sequences, and the fantastic comedic chemistry of its four leads. Ultimately negligible shortcomings do not work against the movie too much; audiences should be satisfied with what they see and experience here. And besides, who doesn't want to see Jack Black act like a teenage girl?

DISCLAIMER: All image in this review are the property of their respective copyright holders, including (but not limited to) Sony Pictures Entertainment. For promotional use only. All rights reserved.

The Greatest Showman - Despite Ambition, It ...

The Shape of Water - Guillermo del ...