Havok is an interesting band in that they are in my opinion at the tippy top of the new thrash metal scene. Formed in 2004 they have had over a decade to lay a solid foundation for the rise in popularity that thrash I would argue had it's start over a decade ago but has lead to the phenomenal year and a half or so, maybe longer, of great thrash record after great thrash record after - you guessed it-  yet another great thrash record. If you need more reason to like what I'm telling you go listen to their bad ass covers of Black Sabbath's "Children of the Grave", Sepultura's "Arise", and Slayer's "Postmortem/Raining Blood". Like what you hear? Go listen to their original music. 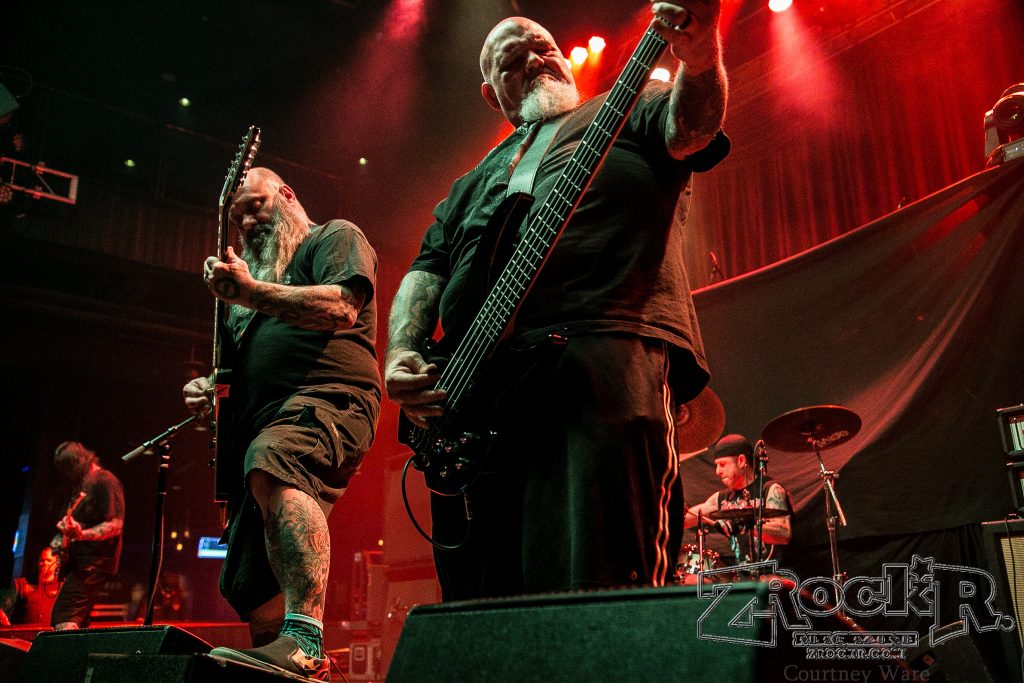 Crossing off Crowbar off my bucket list like GoatWhore a year ago is such a relief. Living so far from where these bands I love would normally play was such a drag man. While not my favorite style of metal Sludge has such a thick tar-like quality just you want to breathe it in - like cigarettes! I do so love metaphors.

Crowbar has an interesting history in that despite their longevity and the respect they are given in the metal community they have existed in a space on the verge of obscurity. Numerous lineup changes, long hiatuses, one of them due to Hurricane Katrina. None of this has stopped Kirk Windstein and his band from continuing to march on. Perhaps Kirk’s collaborations with his former band mates in Down and with Hatebreed vocalist Jamey Jasta in Kingdom of Sorrow has brought new life into Crowbar over the years. That said I think Crowbar would get along just fine despite how much or how little attention they get from mainstream metal media. Just do yourself a favor and check out this band dammit. 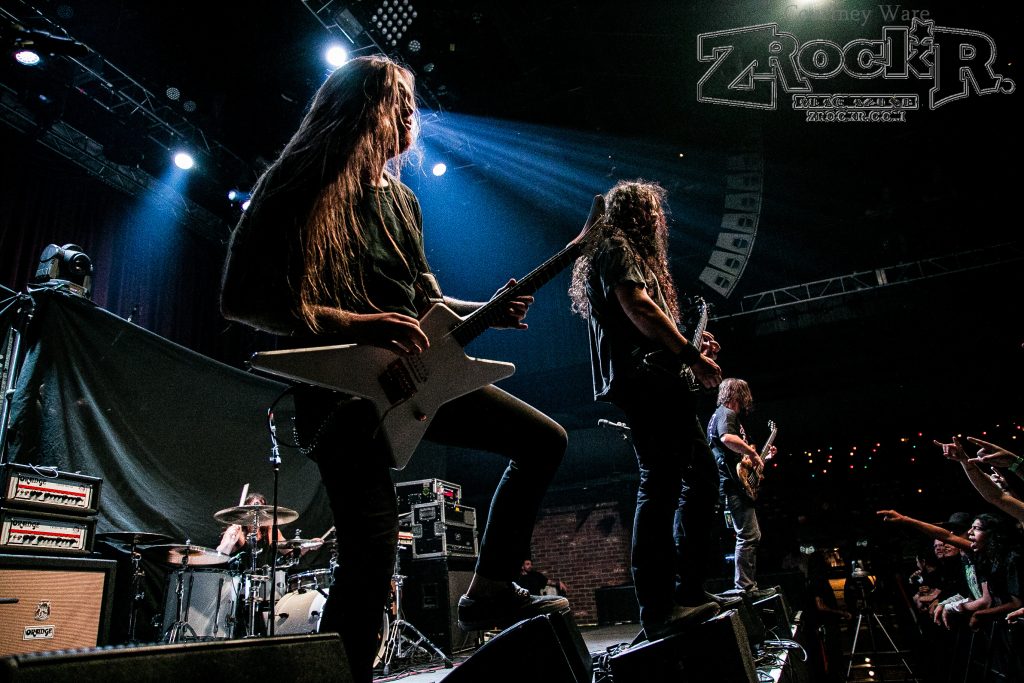 It would be ten years ago - in the year of 2007 that marks the first time I heard an Overkill track. Their song “Skull And Bones” from the album Immortalis featuring Lamb of God’s Randy Blythe was heavily featured on MTV’s Headbanger’s Ball. I like to imagine that this collaboration was product of touring together the year before.

Fifteen year old Ethan missed out on his chance to see Overkill in 2005 since Las Vegas was one of five stops on that year’s Gigantour that didn’t feature the second stage, and the only one not to have Overkill at all. Gigantour 2 still lingers in my memory as one of if not the greatest shows I’ve seen to this day. Megadeth, Lamb of God, Arch Enemy, and Opeth were bands I was listening to nearly every day, and my teenage self would have appreciated seeing one of metal’s most underappreciated bands live. 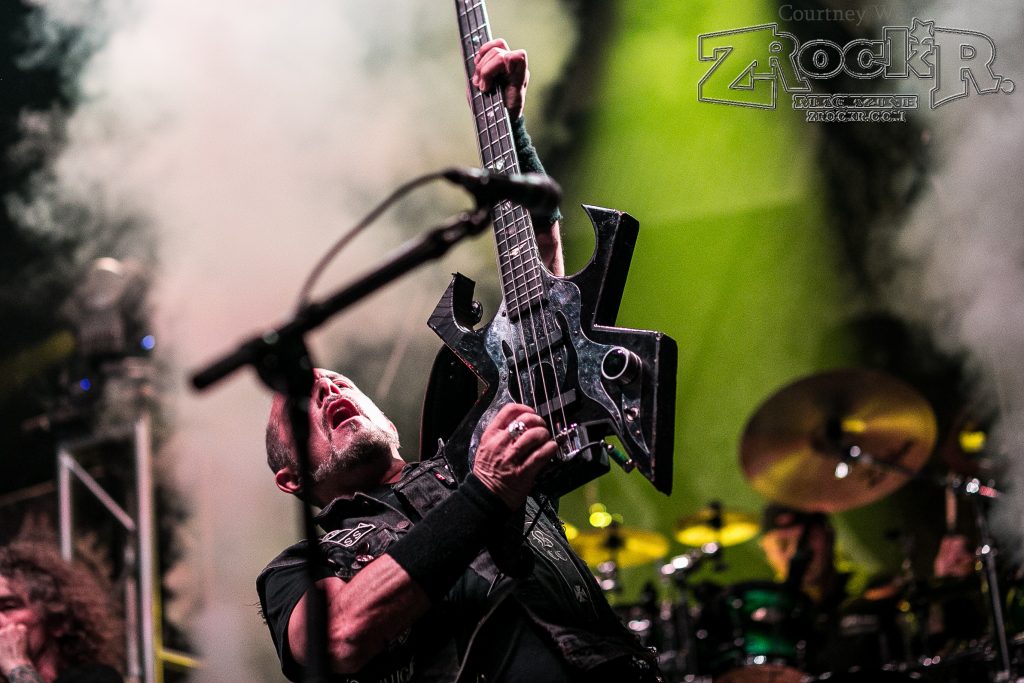 Bobby “Blitz” Ellsworth who is closing in on sixty years young these days, is an energetic and witty frontman so you won’t hear me wondering why they are still around today. Pardon the pun but Bobby would blitz the microphone numerous times that night. That said it’s a strange thing to watch this man work and reconcile that the same guy is not only a cancer survivor but once had a stroke on stage fifteen years ago.

All in all the show was a grand ole’ time and it’s thanks to the bands and the friends I was able to reconnect with at Brooklyn Bowl. 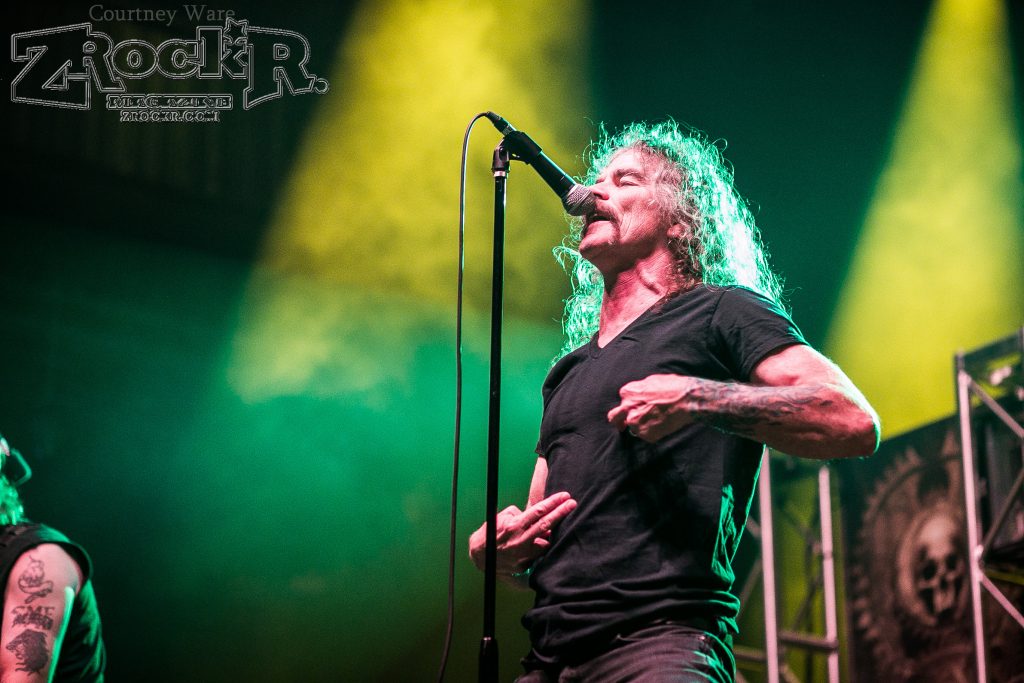 How was the show you ask, what do you think? It was great. Go listen to these bands and you have my express permission to go see these bands live the next time they come to your town.

Youth - A Powerful Chinese Coming of ...