Home›Reviews›Warrior Soul - Kory Clarke and Company Return with Back on the Lash!

Warrior Soul - Kory Clarke and Company Return with Back on the Lash!

Warrior Soul is back with Back on the Lash, their latest studio album. The band has been active for over three decades now, having peaked in popularity around the release of their classic 1990 debut record, Last Decade Dead Century. Many Warrior Soul albums have been released over the years, with frontman Kory Clarke remaining the band’s one constant member.

The band has always wowed audience with their mix of hard rock riffs and mature musical themes, including more political topics. The thought provoking nature of their music definitely set them a cut above many other bands, even if their initial coming was overshadowed by the changes of the music industry that the 1990s brought upon so many unsuspecting bands. But how have Kory Clarke and company held up, and is Back on the Lash worth your time? 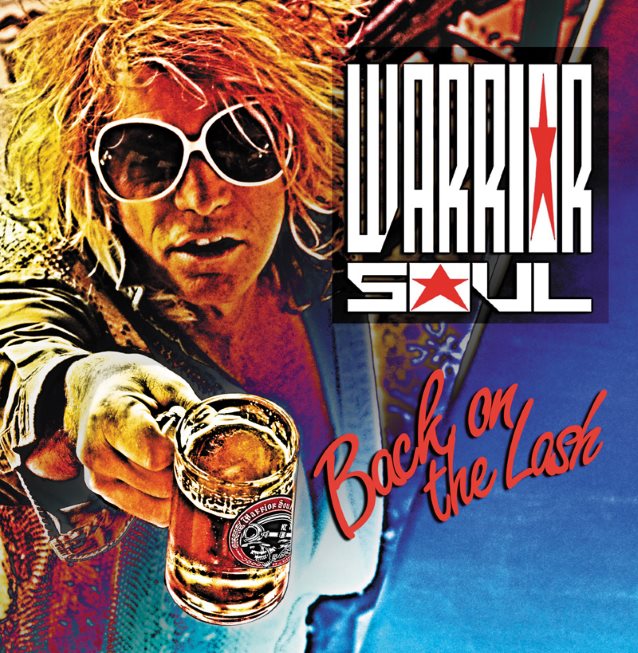 After more elaborate, complex, and political records, Back on the Lash is definitely more of a “back to basics” album. At only about half an hour in length with a rough, raw mix (which naturally has Clarke’s vocals front and center), this release feels very undeveloped and rushed, yet it’s also a ton of fun to listen to. Clarke’s raspy vocals make him sound like the bastard son of Lemmy and Sebastian Bach, and he dominates throughout the record. Song titles like “I Get Fucked Up” and “Goin’ Broke Getting’ High” clearly demonstrate that this album is a little less serious that some of their more mature efforts, but it is no less fun to listen to. With a little more development and substance, this record could have been a masterpiece, but as it stands, this Warrior Soul fan certainly is not complaining.

It is great to hear from Warrior Soul again; this is a fantastic band that never gets the proper credit. That Kory Clarke is alive and well and still doing his thing is all the more impressive. Raw and undeveloped but a ton of fun to listen to, Clarke and company are in fine form here. Longtime fans of the band should be pleased with what they hear here, even if it is not going to dethrone earlier, more polished and professional efforts like Last Decade Dead Century. That said, there is more than enough here to give the record a recommendation.

Molly's Game - The Directorial Debut of ...