Home›Reviews›Zebra - Classic 80s Rock Trio Delivers One of the Greatest Shows Ever Experienced on the Vamp'd Stage!

Zebra - Classic 80s Rock Trio Delivers One of the Greatest Shows Ever Experienced on the Vamp'd Stage!

New Orleans trio Zebra, comprised of guitarist/vocalist Randy Jackson, bassist Felix Hanemann, and drummer Guy Gelso, was founded in the mid 1970s, and entered the musical mainstream in 1983 with the release of their Jack Douglas-produced debut album. Spawning hits like “Tell Me What You Want” and “Who’s Behind the Door,” this should have been the sign of something great, though sadly, mainstream success eluded the band, and they were eventually dropped by Atlantic Records. But the group has been coming back in a big way, with plenty of tour dates, including rare West Coast gigs, featuring a stop off at Vamp’d on February 10, 2018. 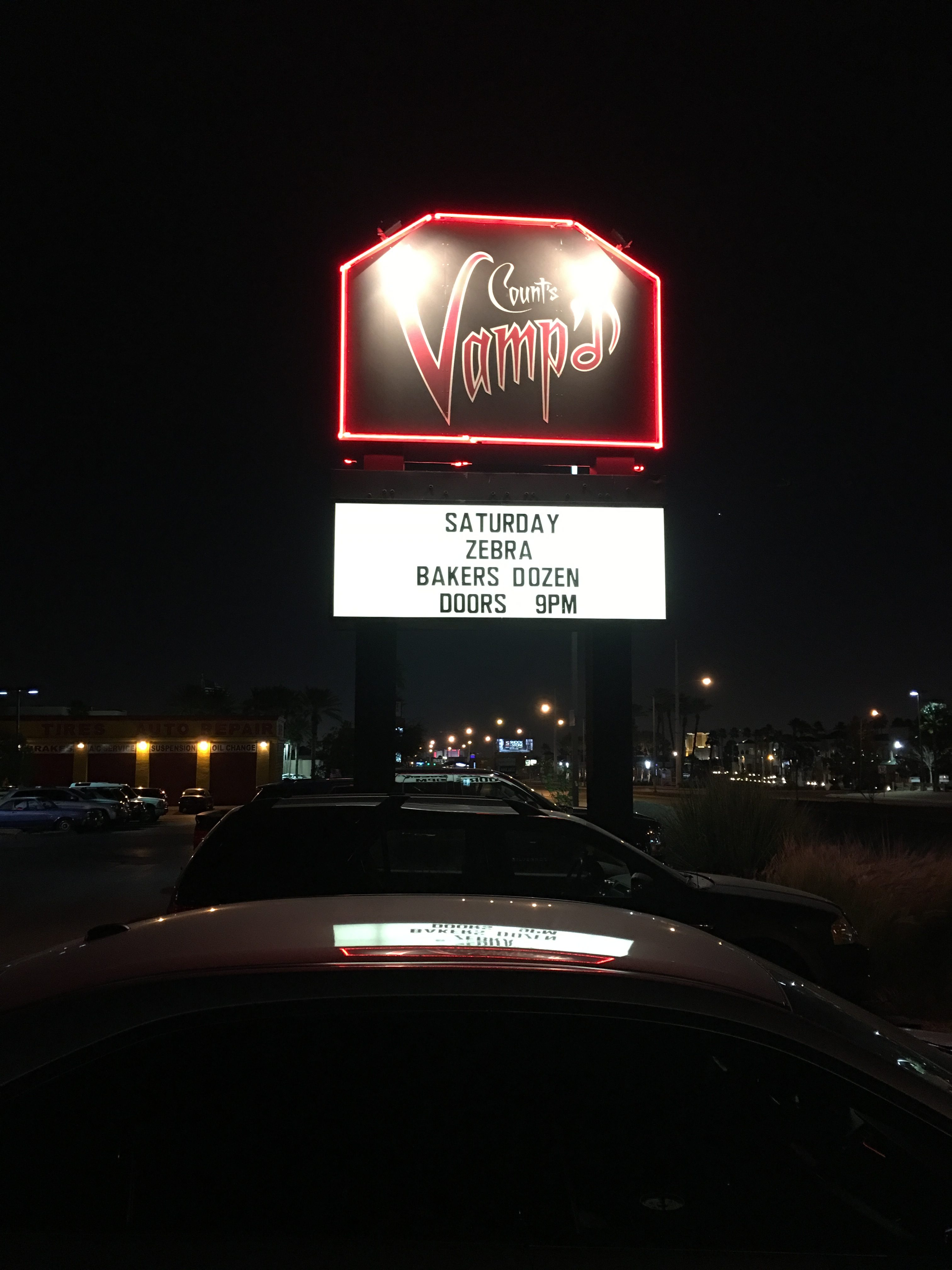 Being a fan of Zebra’s music, I knew this was a once-in-a-lifetime opportunity I was not going to miss. And when I arrived at the venue, it was JAMMED. Wall-to-wall bodies were a sign that there were plenty of people who had not forgotten this classic band. It was fantastic to see that the trio still has a strong fanbase, with plenty of people in the venue having traveled out to Las Vegas just to see the band. Apparently, the people that love Zebra love them immensely, and would gladly traverse hundreds of miles to indulge in the band's live performances.

By the end of this night, it was not hard to see why.

Local favorites Baker’s Dozen kicked off the show. Fronted by Tommy Elliott, and featuring guitarist Zach Ruble, former Cyanide bassist David Karr, and drummer Jake Pilcher, these guys continue to impress me with each performance they do. It is great to see bands that recapture the classic sound of a bygone era of rock, yet create original material true to that era. Baker’s Dozen succeeds beautifully here, giving the crowds what they deserve. Bands that so superbly combine old and new alike like this deserve exposure and attention. Rock and roll fans in Vegas owe it to themselves to see these guys at least once. 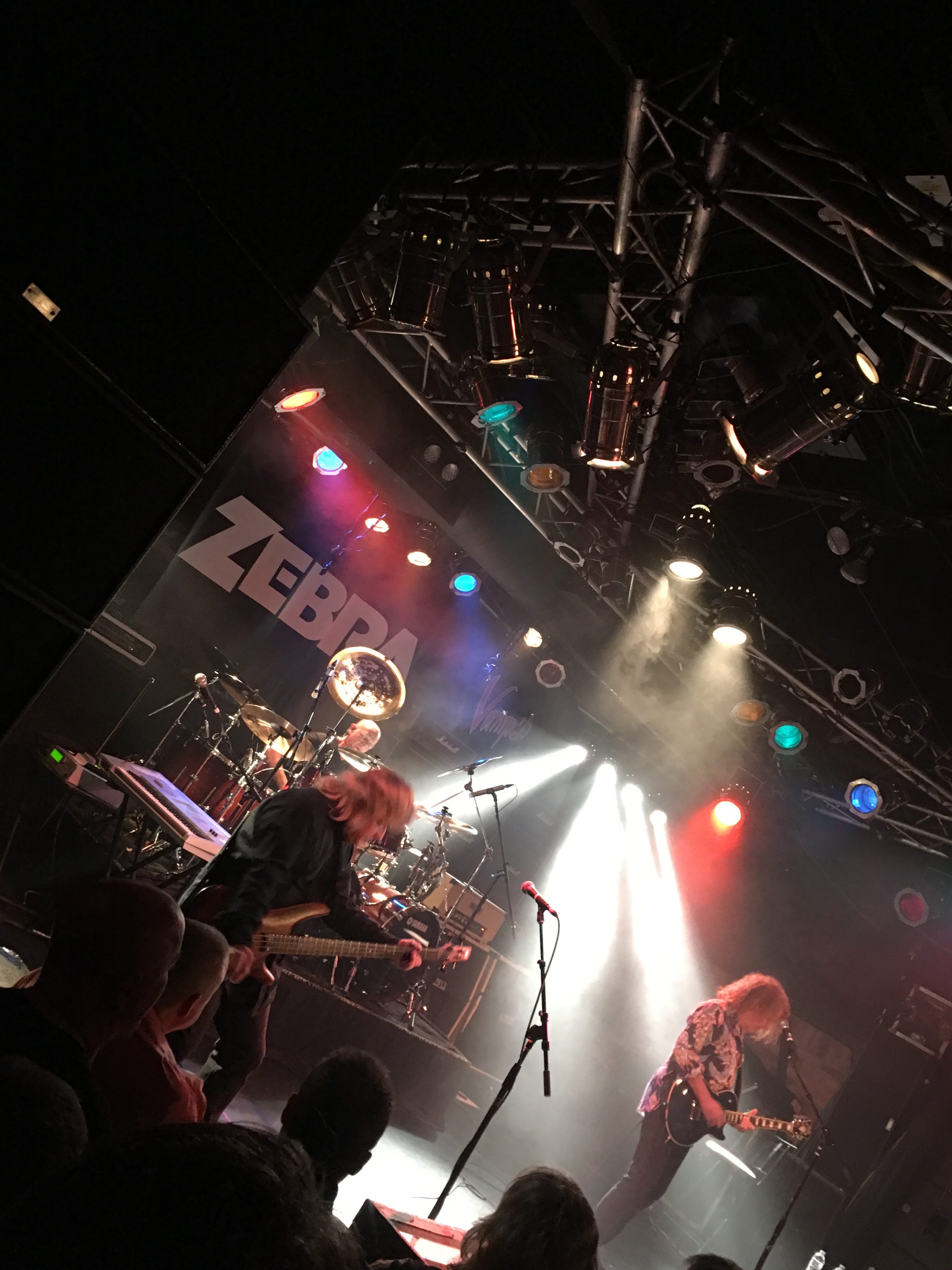 But of course, it was Zebra that had assembled this large a crowd at Vamp’d on this Saturday night. I am always hesitant about seeing older bands; not all of them have aged gracefully, and many of them are clearly phoning in second-rate performances for a paycheck.

That sure as hell was not the case with Zebra.

These guys kicked ass and gave one of the best performances I have ever seen at Vamp’d.

Hell, this was one of the best concerts I’ve ever seen in my life, period.

It is also worth noting that the band’s set consisted of over 20 songs, and lasted for over two hours. Many national/international headliners at Vamp’d only seem to play around 13-15 songs before calling it a night! 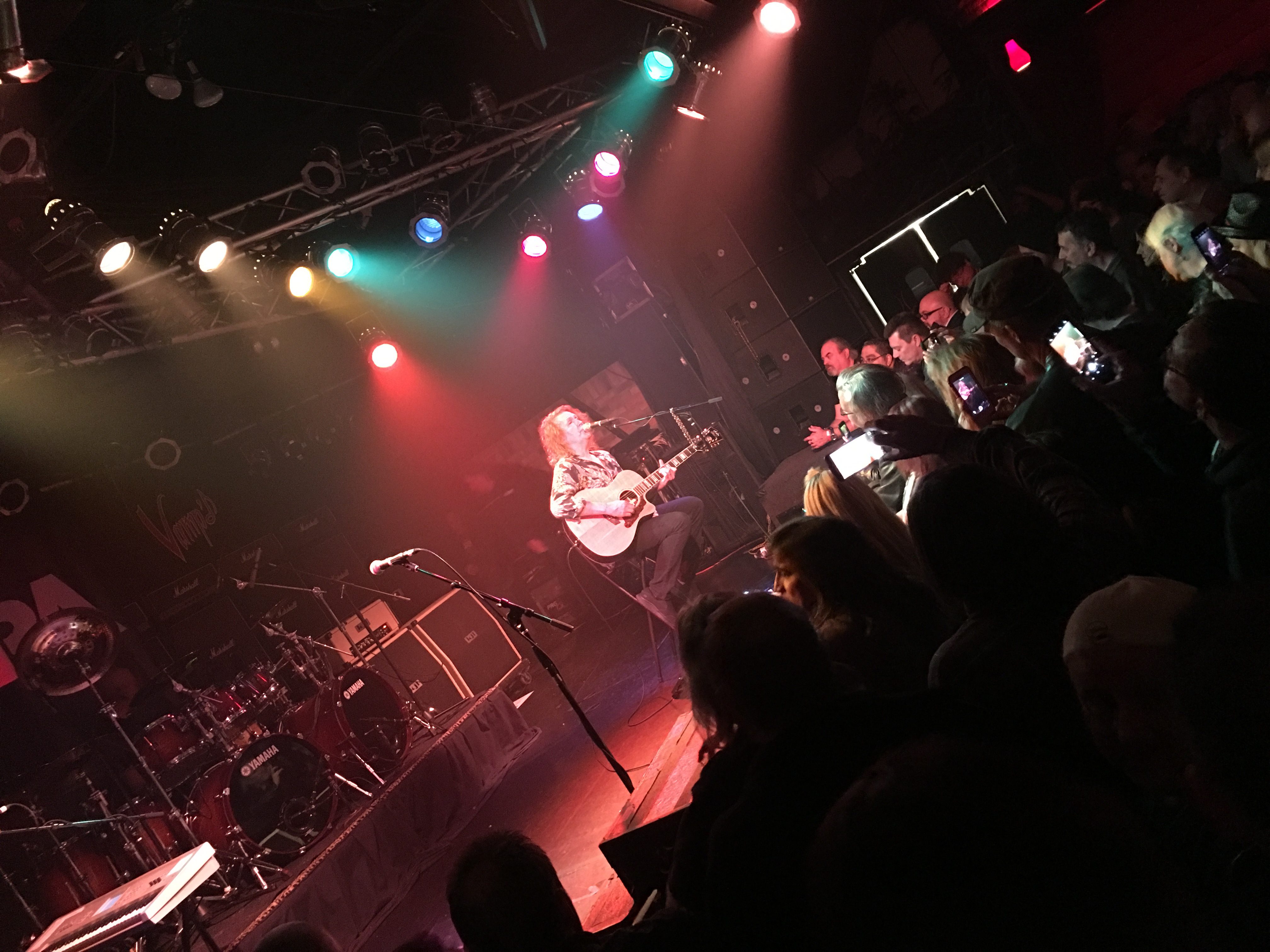 I have always considered Zebra to be a criminally underrated band, with their combination of fantastic vocal work, a cross of hard rock and melodic rock sounds, a bassist who doubles as a fantastic keyboardist, and a drummer who ranks amongst the world’s best, yet never gets the proper credit. Throughout the evening, these guys had fantastic chemistry, and are that rare band that has lost nothing over the years, despite so many over the years failing to recognize their talents. The sheer wall-to-wall audience crowding showed that these guys had the audience they deserved, at least out here in Sin City. And it is good to see that rock and roll is alive and well.

Randy Jackson is killer on vocals and guitar alike; his voice is one of the most unmistakable in the industry. No one else sounds like this guy, and it was good to see his talents being put to use throughout the band’s set. Felix Hanemann remains an underrated talent as well, with his ability to go back and forth between bass and keyboards, giving all the songs the atmosphere that they deserve. You can hear these songs on the records, and absolutely love what you hear, but seeing the band live, in their element, is a whole different experience that every fan should get to see and hear at least once. 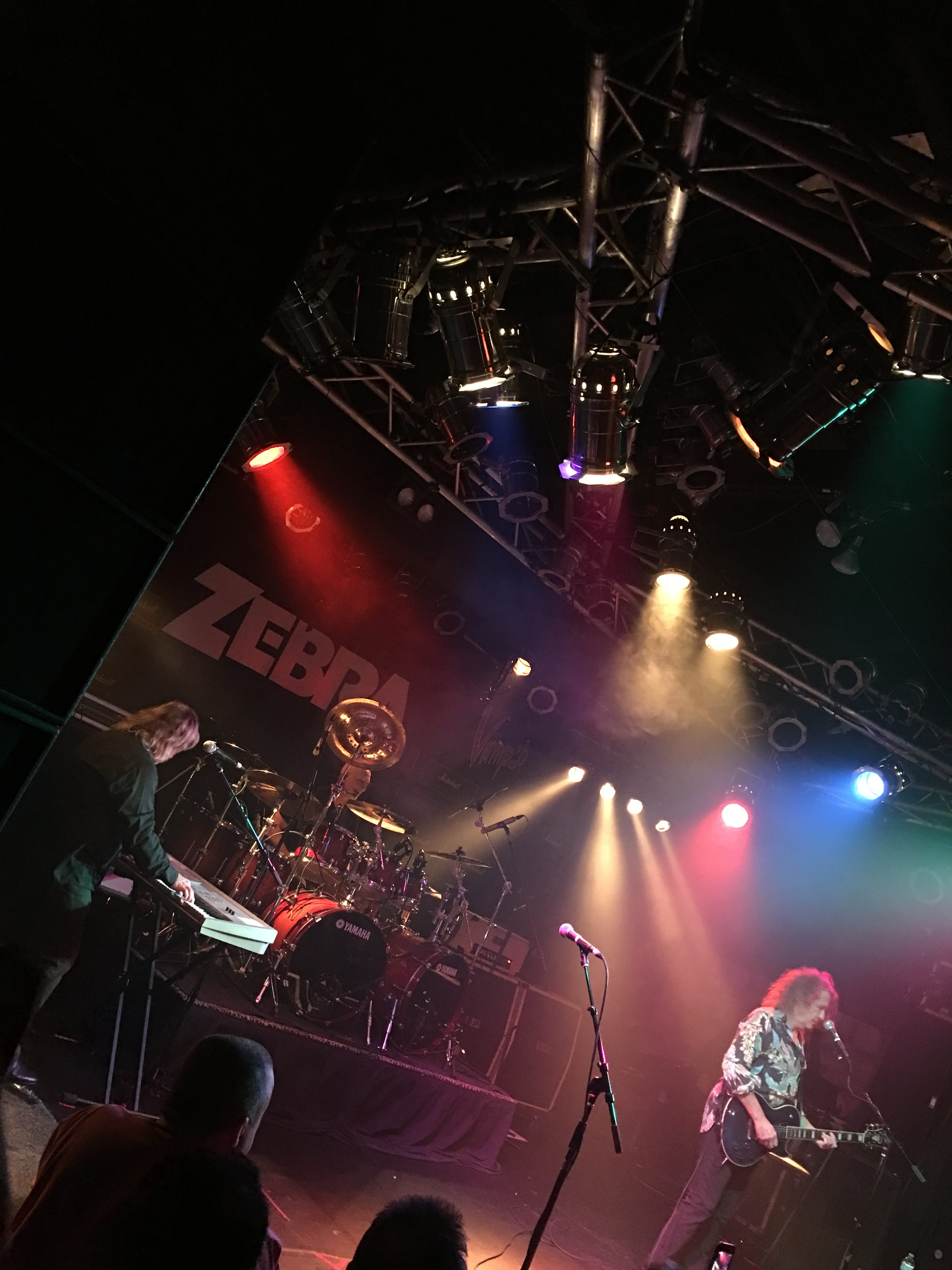 But, of the three members of the band, the true standout was drummer Guy Gelso. You’ll see many “Greatest Drummers” lists out there, and the fact that this guy does not appear on more of them is appalling. The sheer energy and ferocity this guy brought to the set was an absolute highlight. Sporting a huge, custom drum kit (this guy was not content to settle for the house kit!), he gave the audience one of the most epic, pounding drum solos this rock and roll fan has ever experienced. The Zebra records are great, but they don’t do this guy’s drum prowess justice. This live concert did. Hell, I just might have a new favorite drummer.

In a set of over two hours and 20+ songs, the band never let up or showed signs of fatigue. These guys know how to kick ass on a live stage, and they spared no expense at letting their audience show it. When I do my “Best of the Year” list at the end of 2018, there is no doubt that this gig will be showing up on it somewhere.

If you have the chance to see Zebra live, do not pass it up. Easily one of the best live rock shows I have ever had the pleasure of experiencing.

Y&T Strikes Back with their Acoustic Classix ...