On Saturday, February 24, 2018, The Moby Dicks returned to Vamp’d, bringing audiences in Sin City the best in classic Led Zeppelin music. The group regularly plays the venue, and is known for their long-running concerts and all-star lineups. 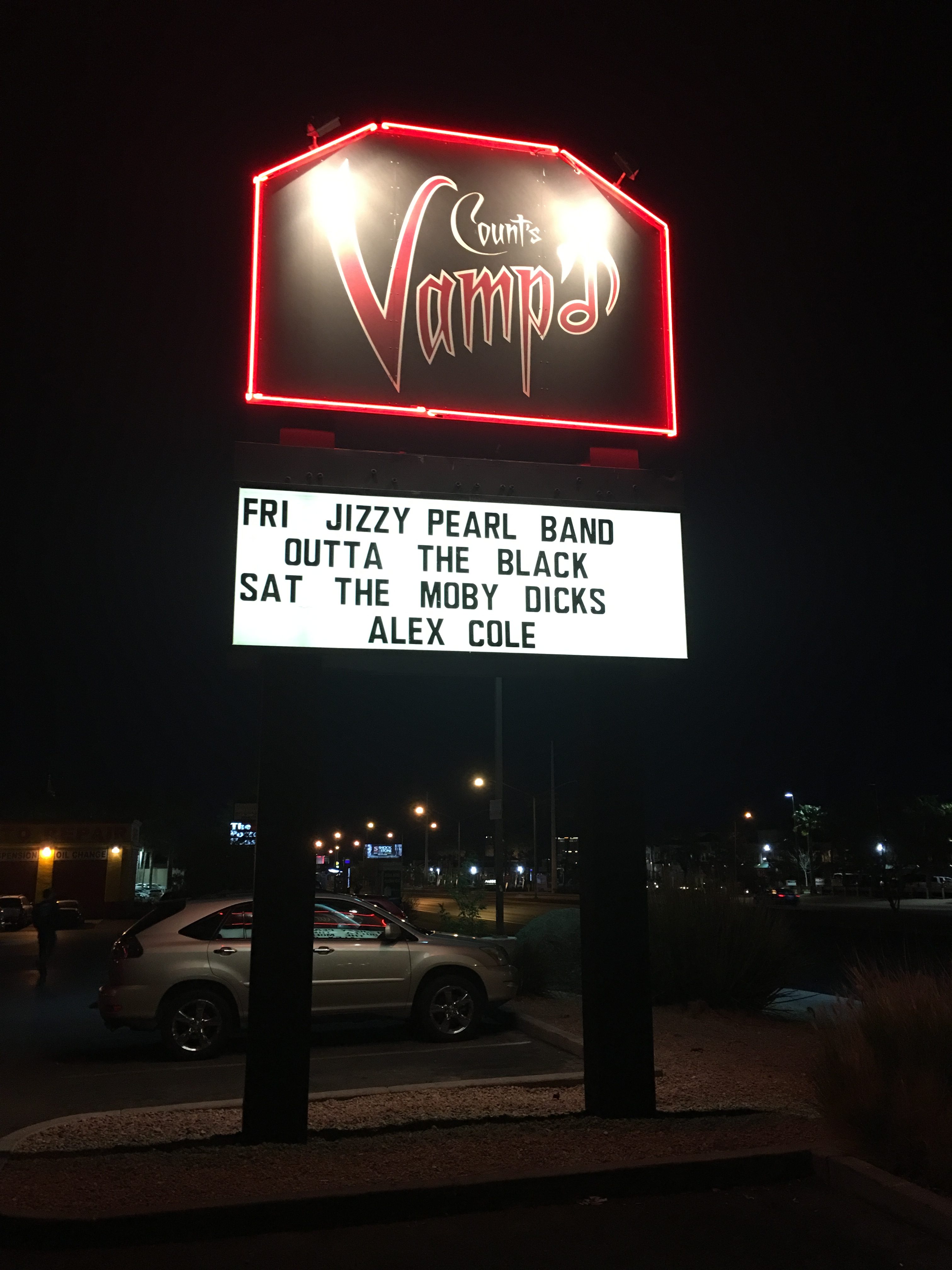 To kick off this evening was the up-and-coming Alex Cole, a rock guitarist/vocalist originally from Italy, but now residing in California. Over the past several years, this guy has steadily been making a name for himself, and after nearly two years of attempts to do so, finally got a gig in Las Vegas. It is always a breath of fresh air to see performers of classic-style hard rock that bring their own original compositions into the equation.

Based on the crowd’s enthusiastic reactions, I have a feeling this is a guy we will be seeing again! 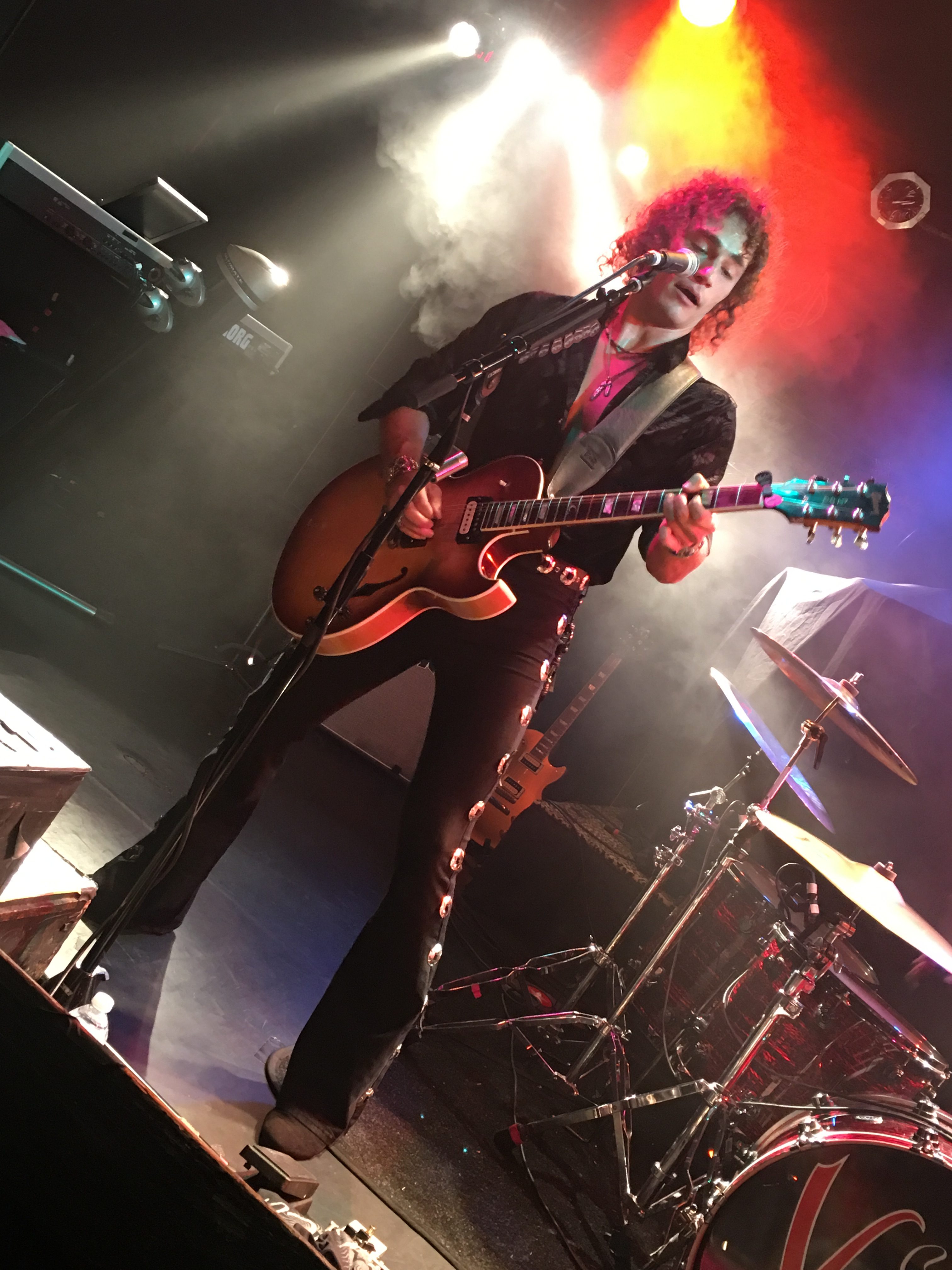 Cole immediately got the audience’s attention with his high-energy stage show; in the entire duration of this set, I don’t think I saw the man “calm down” once. He brings an unrivaled enthusiasm to any venue in which he plays, winning over audiences and satiating the hunger of anyone that yearns for old school rock and roll. His set was comprised of a mixture of original material from his own releases, and some classic hard rock covers, including tunes from AC/DC, Ted Nugent, and ZZ Top. The mixture of the old and new certainly won over this crowd at Vamp’d. And while Cole’s fellow backing musicians were certainly competent and did a fine job moving things along, there is no denying it was Cole himself who had the audience’s eyes on him at all times; a few minor technical problems did nothing to deter him from giving an energetic show. 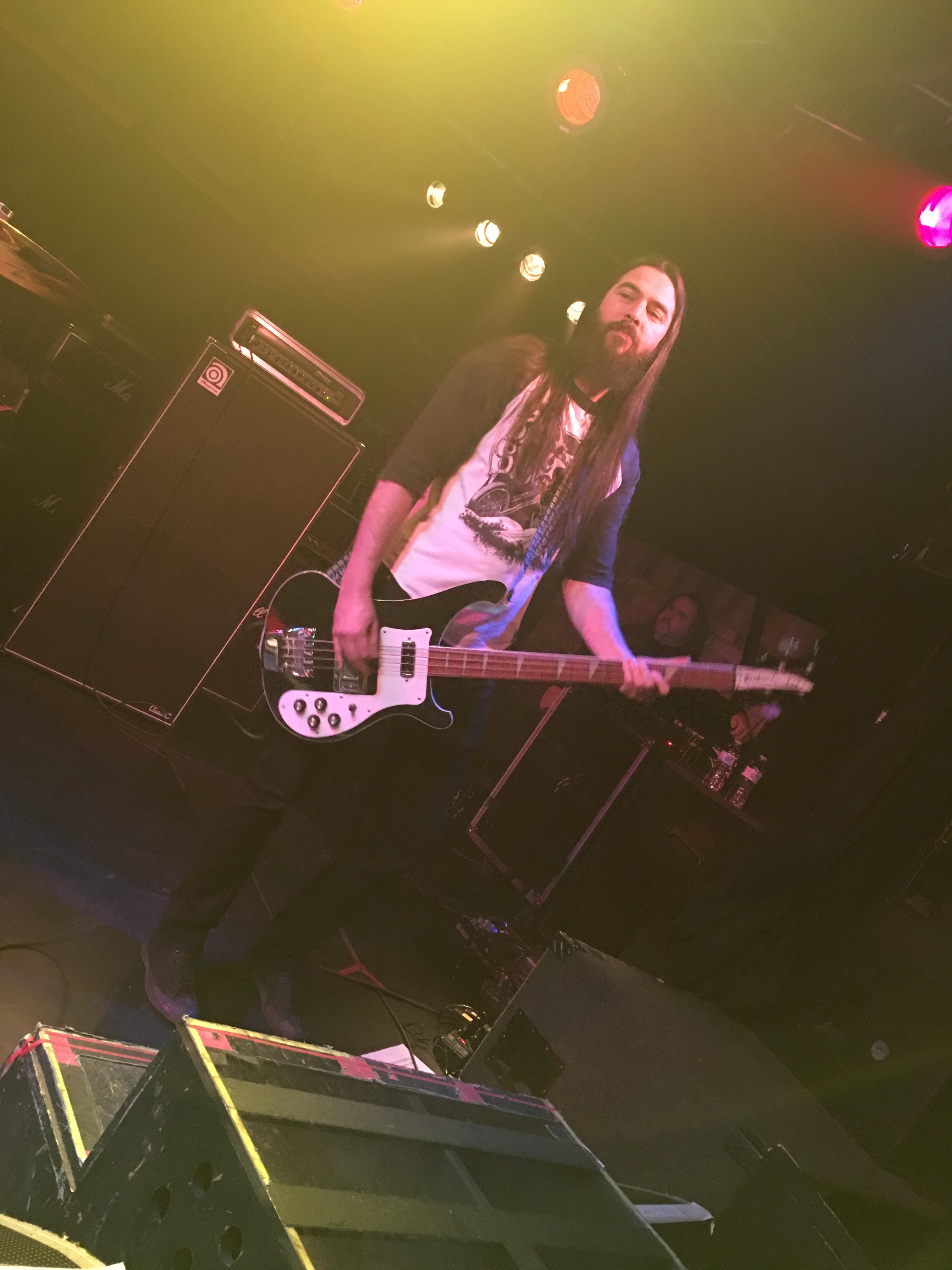 This was a special night for The Moby Dicks, in that the group announced that rather than doing a conventional setlist, they would be playing two songs from all of Led Zeppelin’s albums, in chronological order. For the die-hard Zep fans in the audience, one knew what kind of impression something like this could leave. After all, anyone who has seen these musicians, either with The Moby Dicks or another band, knows damn well that they can deliver. 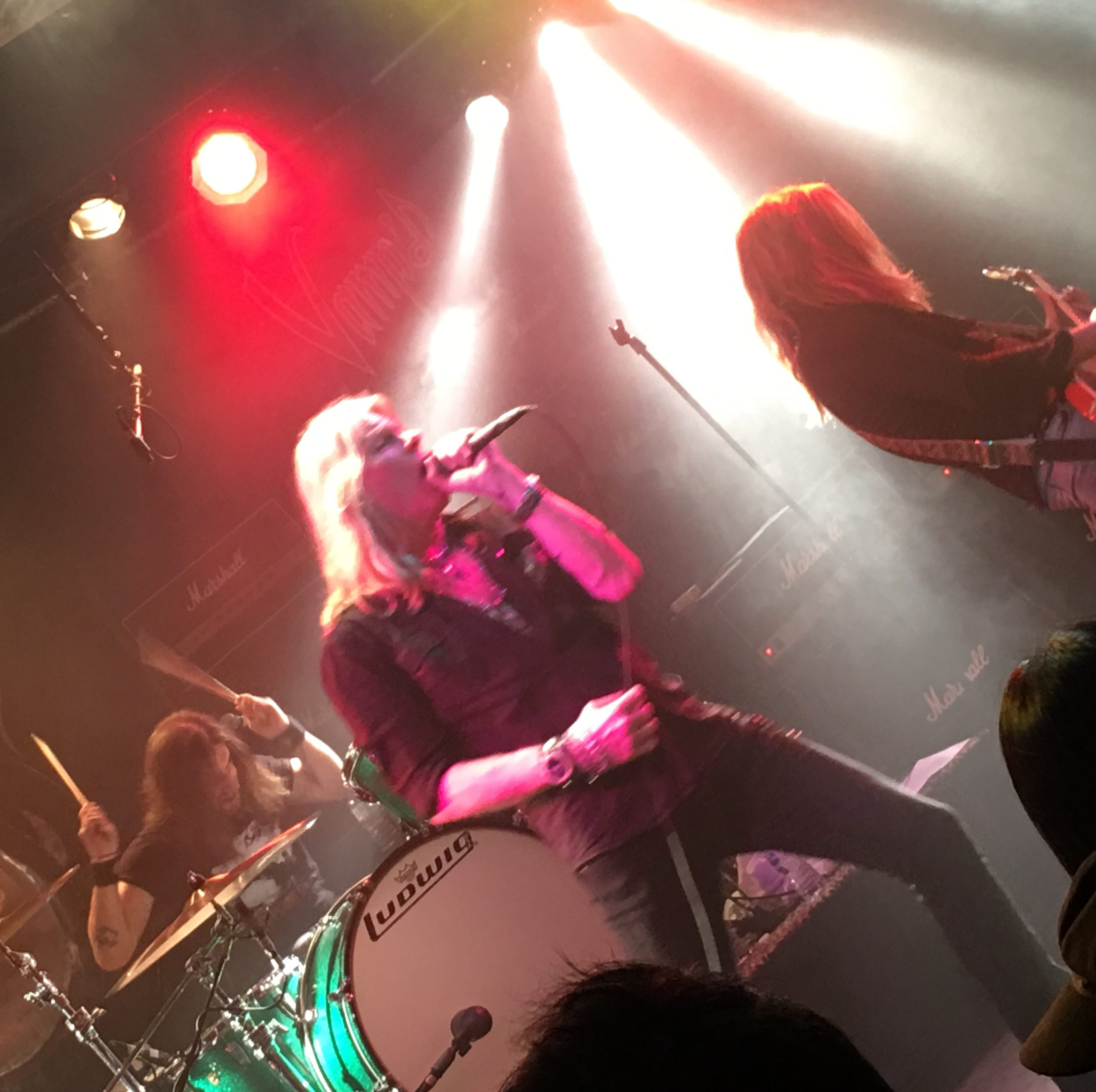 The evening was kicked off with some narration on Zeppelin’s history, which segued into the opening cut, The Yardbirds’ version of the classic blues standard, “Train Kept A Rollin’” (which has actually been covered by many rock/metal bands over the years). From there, the Zep chronology continued, with the band giving audiences songs that were off the beaten path, and not necessarily the most obvious choices in many cases. Sure, tunes like “Ramble On” and “Black Dog” seem like the standards one would expect, but when is the last time you saw a live band’s take on “Since I’ve Been Loving You,” “No Quarter,” and “When the Levee Breaks?” Anyone can play the Zep hits, but these guys brought new life to the tunes as they dug into the vault of one of rock and roll’s most iconic bands.

Needless to say, the musicians themselves delivered, with a lengthy set that never felt like it was dragging, complete with many of the tracks transformed into extended jams. Chas West had plenty of moments to scream and show off his pipes; the guy is a seriously underrated vocalist. Doug Aldrich proved himself, as always, to be one of the finest axemen in the business; I have seen this guy play with countless bands and he always makes himself a welcomed presence. Did I mention he rocked out with a violin bow at one point? Gregg Fox’s keyboards gave the renditions of these songs a much-needed edge that many groups covering Zep songs lack. Bass man Robbie Crane rocked the low end, and again showed off what he brings to the stage with any act he is participating in. 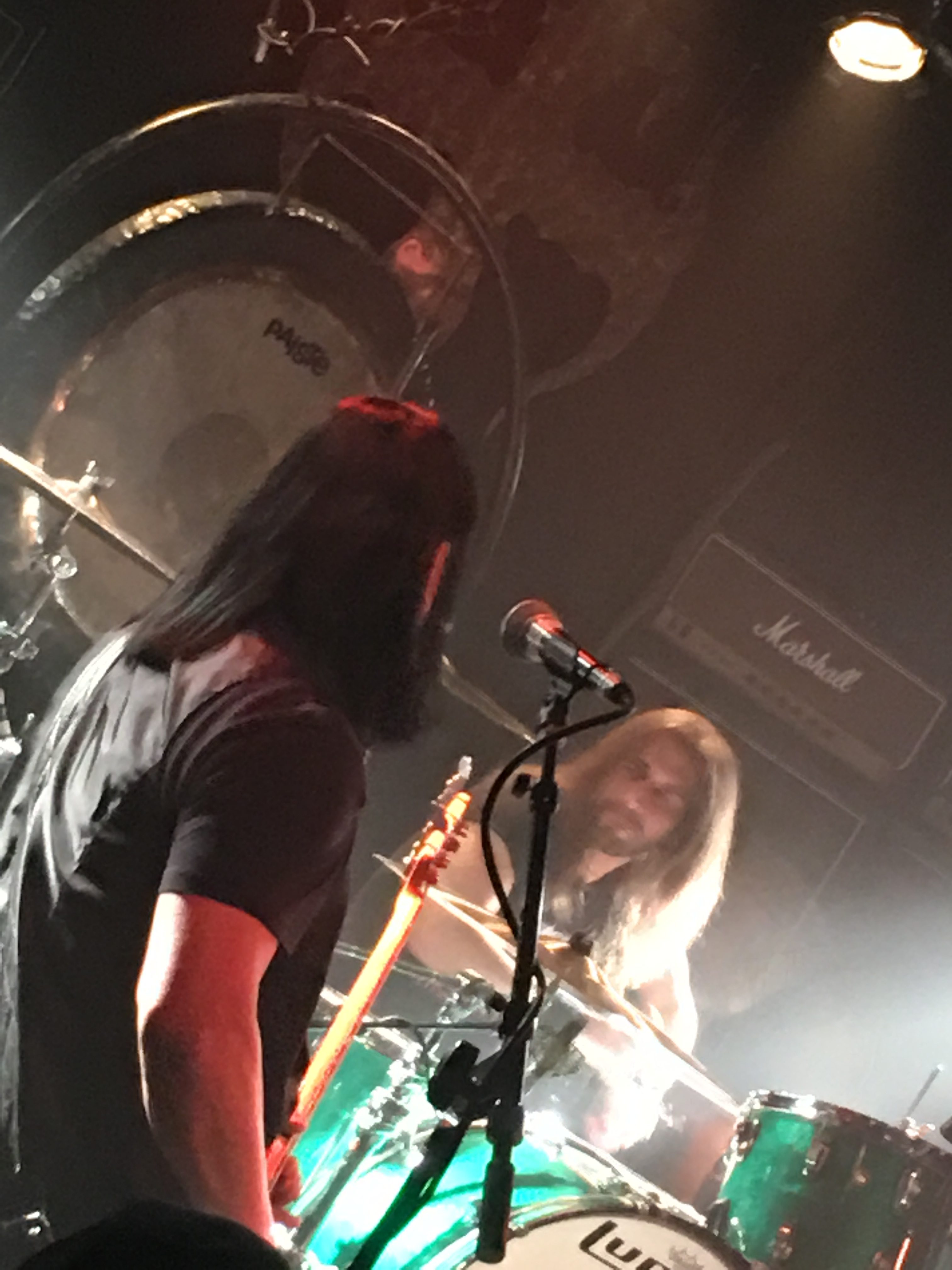 Of course, and I hate to play favorites, but the true standout performer of the evening would have to be the mighty Brian Tichy. Utilizing a massive drum kit complete with a massive gong behind him (this man never settles for the house drum kit!), he pounded the skins with a ferocity that would have made John Henry Bonham proud. One of the most talented and capable musicians out there (he’s also an excellent guitar player!), this is a man that everyone should see perform live on stage at least once, regardless of what band they are seeing him with.

It was a fantastic night featuring not one but two superb names in classic hard rock. The Moby Dicks wowed audiences with a Zeppelin history lesson the audience will not soon forget, and Alex Cole introduced himself to Vegas audience with a resounding bang. You owe it to yourself to catch these artists doing what they do best, and certainly missed out if you weren’t there. 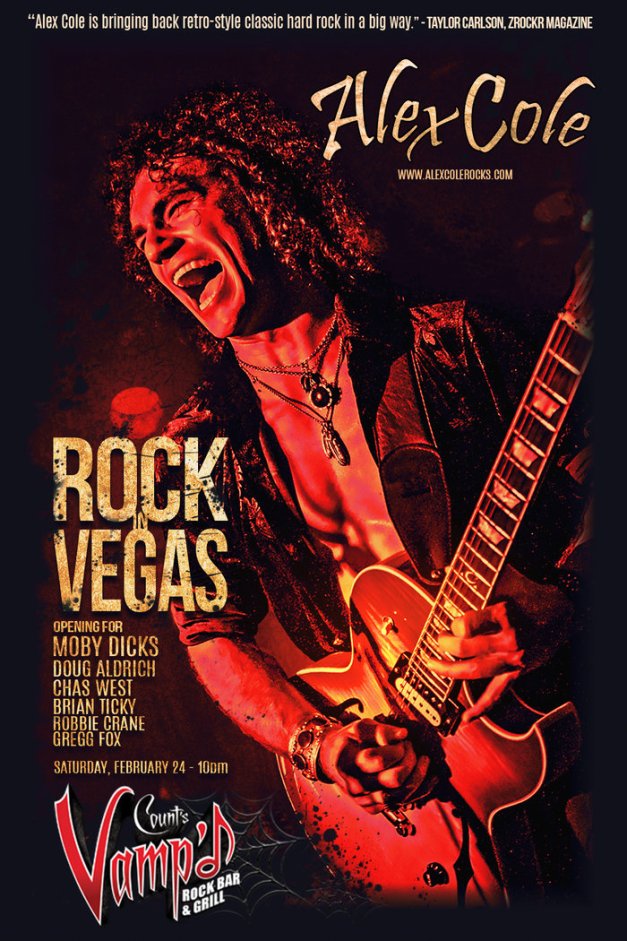 ENTER NOW FOR YOUR CHANCE TO SEE ...