Samson - A Disappointing Take on the Classic Old Testament Tale

Samson is directed by Bruce MacDonald, and is based on the stories of Samson in the Old Testament of the Holy Bible. The film stars Taylor James, Jackson Rathbone, Billy Zane, Caitlin Leahy, Rutger Hauer, and Lindsay Wagner.

In Samson, the titular hero has been born into a poor village that is regularly raided by the local royals, who take a portion of their food regularly, much to the dismay of the struggling villagers. Samson has been blessed with the strength of God, but is something of an egomaniac that only looks out for his own best interests, despite having been promised for something greater. It is up to Samson to take his rightful place and lead his people to peace against an oppressive regime.

Making a movie based on a Biblical story is difficult for a number of reasons. One, these are literally the oldest stories ever told, and many overdone cliches in stories originated in them. Two. in most cases, countless movies of these stories have been made already, often with superior results and better casting. Samson has its moments, but it ultimately fails due to inconsistent pacing, tragically miscast actors in nearly every role, and its mixed messages and failure to deliver on what it promises. That said, there is still some campy fun to be experienced. 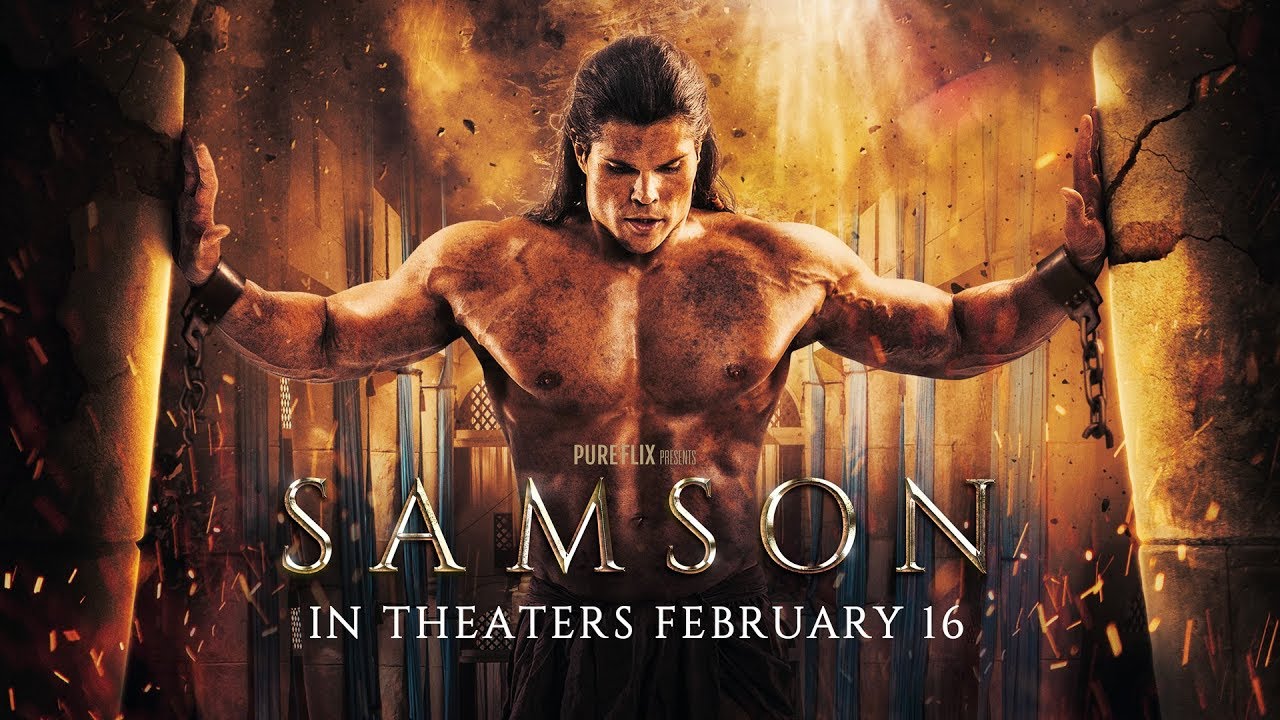 Casting a movie is one of the most important steps of making a film; this goes without saying. In Samson, absolutely no one is right for the parts they have been cast for. Taylor James as the titular hero is a strong man, but one who feels like he belongs in a different movie, and lacks the experience to portray so iconic a figure; the film can’t decide whether it should make him a “serious” hero, or a more comical one. The villainous prince looks like the love child of Loki from the Marvel movies and Seneca Crane from The Hunger Games. His father looks more like Marlon Brando’s character from Apocalypse Now than a figure of the Biblical era. Many of the performances simply feel “phoned in.” At times, the film feels like a tribute to the “Biblical epics” of Hollywood’s past, but sadly, it is nowhere near that level of filmmaking, and the poor casting choices and performances stand as proof of this throughout.

Pacing also takes a hit, and is not helped by the inconsistent messages and tone throughout the film. Is this supposed to be a movie about loving your fellow man, or one in which war is the answer to strife? Ultimately, we are left with more questions than answers after seeing the movie, which alternates between rushed and horribly campy scenes of forbidden love and over-the-top action sequences in which Samson becomes a mindless strongman, existing for no purpose other than to entertain the audience with ridiculous levels of violence (though it’s kept at a comfortable PG-13 level). The ending of the film makes little sense, setting up a potential battle and discarding it before the credits roll, and introducing characters/stories from later in the Bible that are never explored here. Is this supposed to be a teaser for a sequel? I’m sorry to say I won’t be getting in line to see it if one comes along.

The one positive thing I can say about the film is that the action sequences, while ridiculous and inappropriate for the content at hand, do manage to entertain and will likely be the one thing about this film that puts smiles on the faces of viewers. You aren’t going to get much substance or story to back it up, but you will enjoy these scenes while they last.

Samson tries to resurrect a classic Bible story for modern audiences, but ultimately it only manages to impress in its campy action sequences. Poor casting, writing, and an inconsistent narrative bring nothing new or interesting to this take on the classic hero. Watch it if you are bored and want to kill some time, but do not come here expecting quality filmmaking.

DISCLAIMER: All images seen in this review are the property of the copyright holders, including Pure Flix and Boomtown Films. For promotional purposes only. All rights reserved.

Annihilation: A Cerebral, Brutal Journey Into the ...