A Quiet Place - An Original and Terrifying Horror Experience!

A few years in the future, mysterious lifeforms have invaded the Earth, following a meteorite strike. The world is a desolate place now, with much of the human race having been wiped out by deadly creatures, which are attracted to loud noises. One family scavenges and hides out, relying upon sign language and other safeguards against loud noise, but their youngest son is killed on the way back from a supply run in a nearby town. Just over a year later, the mother/wife is pregnant with another child, and they find themselves in ever-increasing danger from the monsters, who seem to be drawing closer and in larger numbers of every day. Do the creatures have a weakness, or is the family doomed?

In a world where we’ve been forced to endure the same old horror trends for decades, it’s rare that something fresh comes along. A Quiet Place is a flawed film with some gaping plot holes and occasional dumb decisions from its characters, but it succeeds in creating an unsettling and unique experience for viewers seeking scares and suspense. 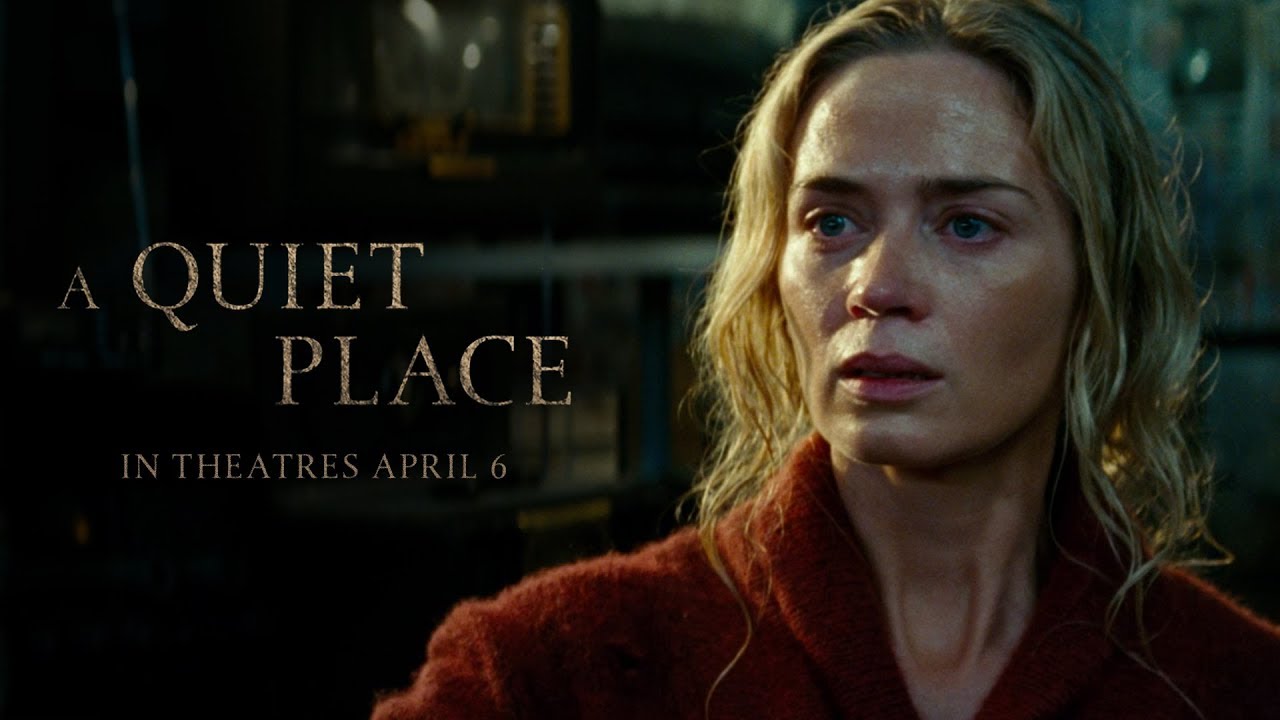 Despite being a movie with barely any spoken word dialogue, we get impressive, dramatic performances from the cast. Kids and adults alike do a fantastic job here. Focusing on a small cast who we gradually learn more about over the course of the film makes for some interesting viewing, as do their solutions to living in a world where they can’t make any noise, lest they be hunted by the deadly creatures. Performances feel believable despite the dystopian nature of the film, with the performance from young Millicent Simmonds (who is deaf in real life) being a major highlight. Despite a relatively short 90-minute run time, the film is well paced.

The film’s approach is surprisingly solid. We’re essentially dropped right in the middle of this conflict, with no solid explanation as to what happened or how the world got into this state; a handful of newspaper clippings are all we get to go on. In many ways this makes the scenario feel all the more believable, surprisingly. Even the ending doesn’t necessarily leave the audience with the sense of finality or “happily ever after,” though this suits the material well.

Unfortunately, there are a handful of gaping plot holes and obvious “dumb moves” by the characters that do derail the experience somewhat. The wife/mother in the film is pregnant, following the death of their youngest son at the hands of the creatures. In a post-apocalyptic setting like this, why would you run the risk of having another child, and making your family more vulnerable? There are a handful of scenarios like this one which pop up throughout the film which will leave you thinking and wondering, though thankfully they don’t undo the satisfyingly unsettling atmosphere the cast and crew have created here.

A Quiet Place has flaws, but they don’t change the fact that this is a totally original story that doesn’t feel plagiarized or like a cheap rehash of something else we’ve already seen. For those reasons alone, the film comes recommended.

DISCLAIMER: Images in this review are the property of their copyright holders, including Paramount Pictures, Platinum Dunes, and Sunday Night. For promotional use only. All rights reserved.

Kittie Origins/Evolutions - The Long-Awaited Look Into ...