From Russia ( via Italy) With Love- Talking Punk, Politics, and Punk Rock Bowling With SVETLANAS 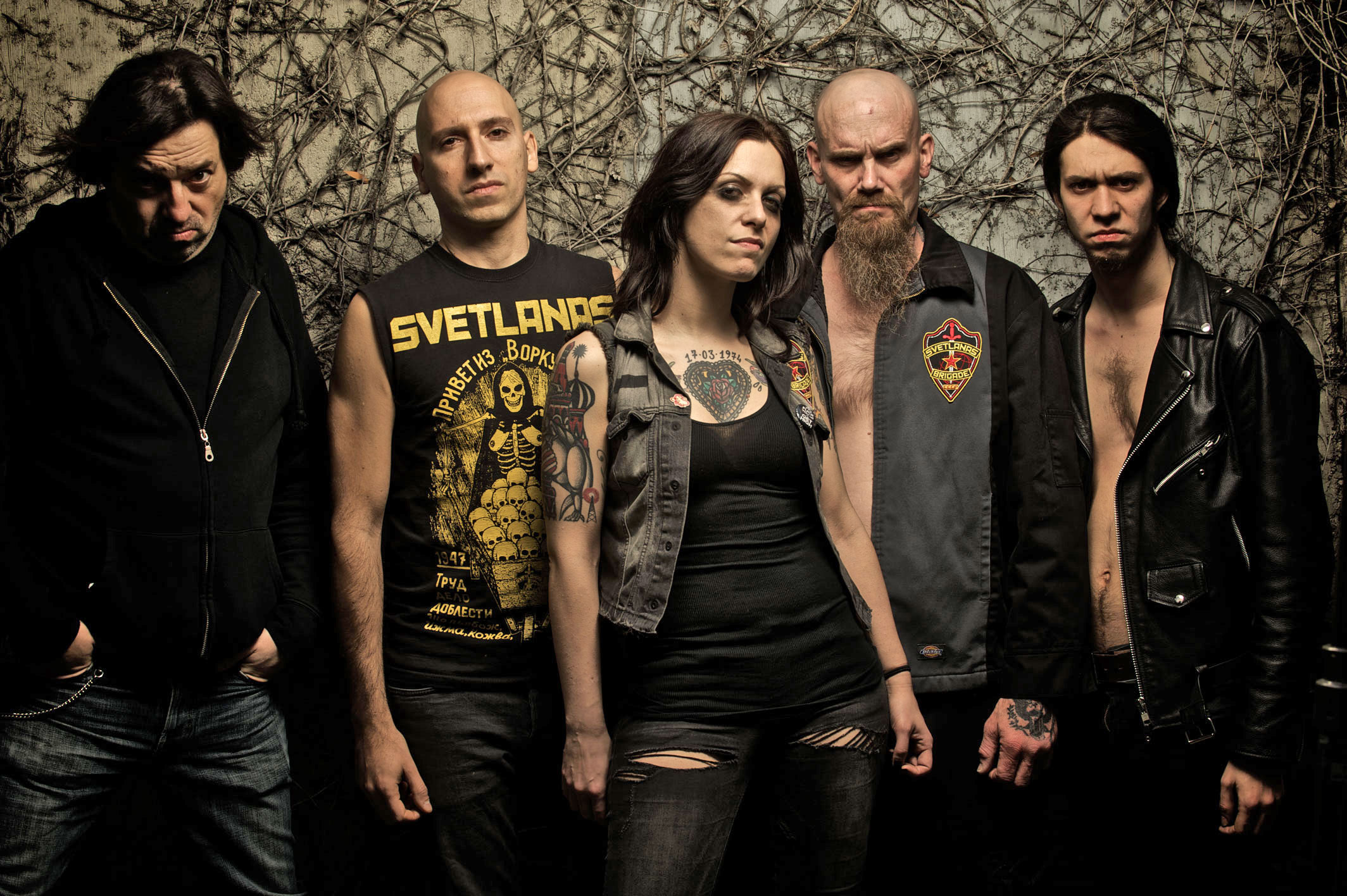 The World's Most Dangerous Band- SVETLANAS

SVETLANAS have, according to punk mythos,  been a part of the Punk scene longer than some of their fans have been alive!  Cranking out music and political commentary since 1977 from behind what was once called the Iron Curtain....

SVETLANAS,  with an anti-government stance and a bit of political commentary, were banned in Mother Russia in September 2014 - and from what we have read,  it is now ILLEGAL in Russia to sell or possess their music and they can not return as they have been branded as "Enemies of the State"!   Bez raznitsy!  Whatever!  SVETLANAS will 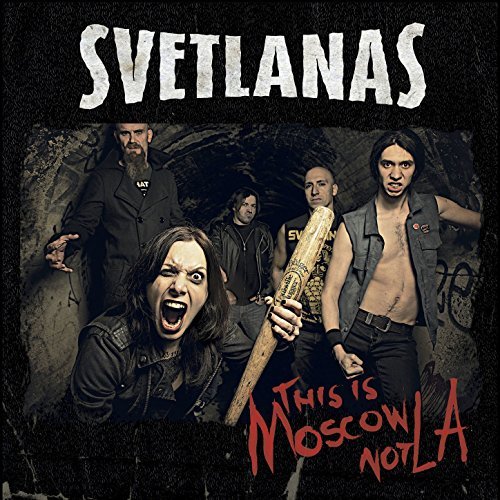 be here in Vegas, on Monday and we welcome them!   SVETLANAS who now live in exile in Italy, have been called "The Most Dangerous Band In The World" , we at ZRockR rather like quote attributed to the Sex Pistols former manager, Malcom McLaren, about the band-  “I swear to God their approach to music is still gross and strong like a Vodka shot”

SVETLANAS will be gracing the Festival Stage at 3PM at Punk Rock Bowling for the first time on this PRB XX Festival this weekend - and we are so VERY excited to be able to have the chance to see them and also very excited to have the chance to ask them a few questions before they got back to Sin City!  The ZRockR crew all had questions but we narrowed it down to these 10, so, here you go, 10 questions with the world's most dangerous band- SVETLANAS!

ZR- How do you feel that your music and lyrical content resonates with the American public?

SVETLANAS-  I can tell American people seems to enjoy the "go fuck you self" thing alot. Our lyrics are about everyday hate, politics, discrimination, bullying. So I guess all this sounds familiar to every human being. One day we will surprise you with some Yoko Ono kinda lyrics but this is another chapter 😉

ZR-  What female-fronted punk influenced you to push your own envelope?

ZR-  You have been performing since 1977 back when the Iron Curtain was still pretty much impenetrable-  how hard was it to try and play music back then when everything was so incredibly censored?

SVETLANAS- It was very really hard like when today we keep using anti age cosmetics with no luck. 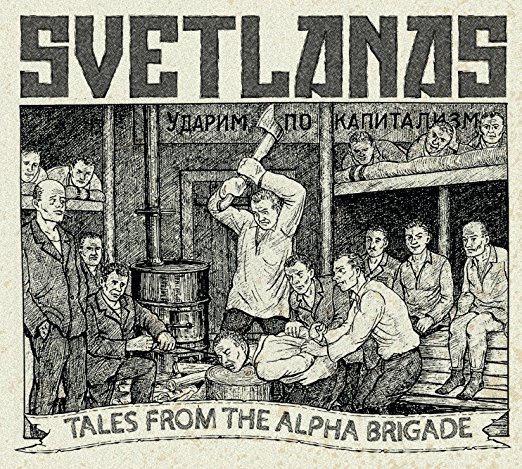 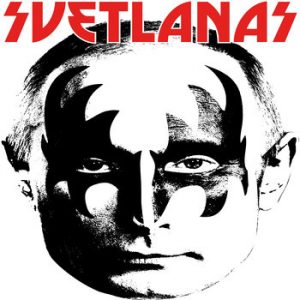 ZR-  You now reside in Italy and are basically in exile from Russia, do you think you will ever go back?  Is there still a music scene that is viable for punk bands there do you feel or has the current regime tried to silence them like they tried to do to such bands as Pussy Riot for example?

SVETLANAS- Family and band are in Italy so I have better options for vacations 😉 Pussy Riot was not a band but a political collective so I won't mix the two realities. In every country there's a punk scene andof them sings against the regime. It happens in America too, correct?

ZR-  If Punk had a capital, where do you think that would be?

SVETLANAS- My house, I'm your president!

ZR-  What is your favorite country to tour and why?

SVETLANAS- Every country have at least a good reason to play in. We'll play Finland for the first time next week right after Punk Rock Bowling so I will possibly have an update for you.

ZR-  Punk and Politics seem to go hand in hand in may ways-  where do you feel is the most artistically truly free place on the planet?

ZR-  Are you looking forward to playing in Las Vegas?

SVETLANAS- Of course! this is our very first time at Punk Rock Bowling and we will present a special set. 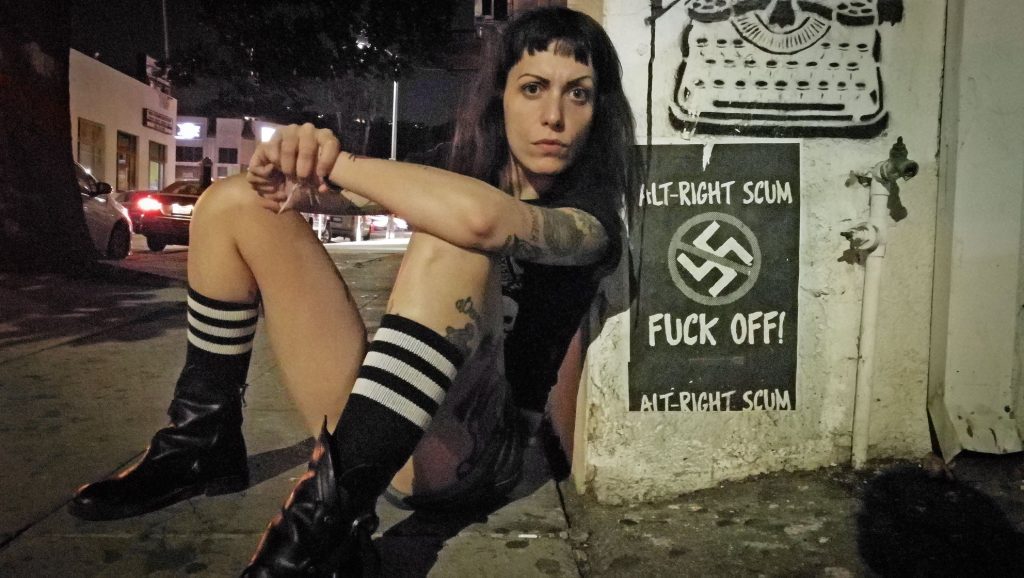 ZR-  If you could encourage people to do one thing- what would that be?

SVETLANAS- To fight against every form of injustice, to fight for your rights.

ZR-  Do you think Russian Punk rock infiltrating American Punk rock will cause a sway in the 2020 election?

SVETLANAS- We think Nazis infiltrating the American punk Rock scene is more than a concern, it's a very sad truth. Focus on this please!

Spasibo SVETLANAS!  We will see you Monday at Punk Rock Bowling!

Get a complete list of everyone who is playing the stages and clubs,  show times, band info, and tickets for Punk Rock Bowling by going here: https://www.punkrockbowling.com

PHOTO CREDIT:  All Photos Property of SVETLANAS- Album Cover of  SVETLANAS This is Moscow Not LA from Posh Boy Music-   All are For promotional purposes only- All Rights Reserved