When Ellen Graham dies, her estranged family members begin investigating the mysterious circumstances surrounding her death. Following the tragedy, Ellen’s daughter Annie, the mother of Charlie and Peter, goes to a support group where she meets the mysterious Joan. Following another family tragedy, Joan teaches Ellen how to conduct seances. What is the mystery surrounding Ellen’s death and Joan’s knowledge of the occult, and will there be further unexpected tragedies and mysteries?

Critics have been raving over Hereditary since its release, but mainstream audience reception is far less kind. This is one instance where the audiences have it right. Hereditary has some shocking images and moments which leave an impression. Unfortunately, the plot makes no sense and the end product feels like parts of a whole which never quite come together. You’ll be polarized and puzzled by this film but probably not in the way you want a movie to have that effect on you. 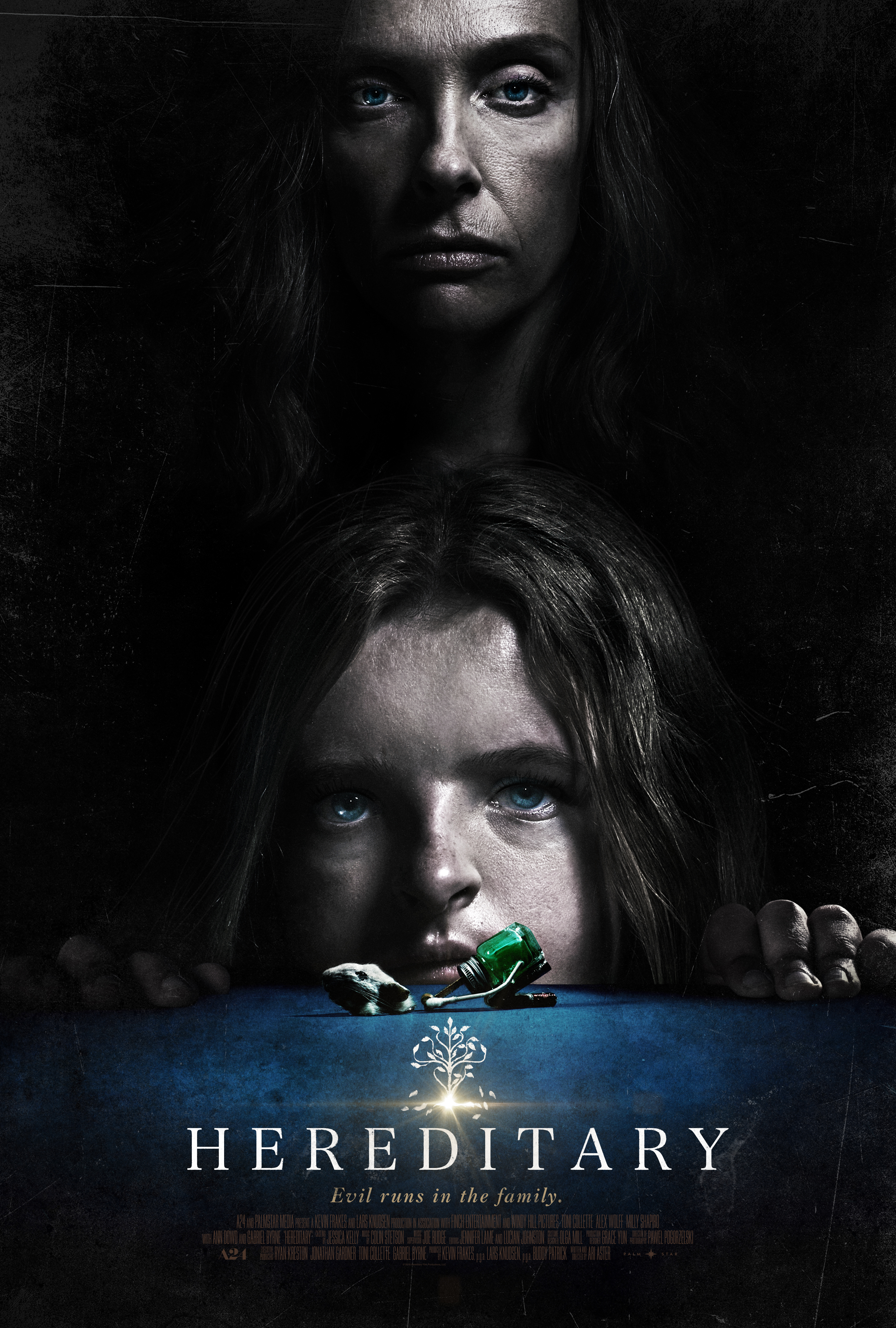 Casting and atmosphere are where Hereditary shines. The actors cast as the Graham Family, including Toni Collette as the mother/wife and Alex Wolff (My Friend Dahmer, Jumanji: Welcome to the Jungle) as the son/brother are all well suited to the film, and their reactions to events at hand are believable and invoke genuine audience reactions. Even if the rest of the film falls flat no one will knock its casting and the genuinely haunting and shocking moments which take place.

Sadly, the movie, despite its solid casting, haunting atmosphere, and numerous ideas, never quite manages to come together. The film starts with some moments which bring about a spooky and at times terrifying mood, but it isn’t long before the movie goes off the deep end with all kinds of new ideas which never quite gel together. By the time we witness the final scene it no longer feels like the same movie, and audience members are left with a genuine “what did I just watch?” feeling, albeit not in a good way. One could argue the movie is practically an “art film,” although whether that is a good or bad thing will depend on the viewer.

Hereditary does a good many things well, but shocking moments and solid casting can’t keep the end product from being a dud, with a plot which makes no sense and goes increasingly off the rails as it progresses. It’s a rental for the curious, but audiences should know what kind of movie they’re getting here.

DISCLAIMER: All images in this review are the property of their respective copyright holders, including PalmStar Media, Finch Entertainment, Windy Hill Pictures, Entertainment Film Distributors, and A24. For promotional purposes only. All rights reserved.