Home›Movie Reviews›The Equalizer 2 - How Does Denzel Washington Fare in His First Sequel?

The Equalizer 2 - How Does Denzel Washington Fare in His First Sequel?

The Equalizer 2 is directed by Antoine Fuqua. The film stars Denzel Washington, Melissa Leo, and Bill Pullman. It is the sequel to 2014’s The Equalizer, both films being loosely based on the 1980s television series of the same name.

CIA man turned vigilante Robert McCall is attempting to live an honest life as a driver, but seeing the misdeeds around him forces him to return to his old ways to restore justice. When an old friend is murdered, McCall does his part to learn more about the culprit. Will McCall avenge his deceased friend, or find himself in a fight for his life he won’t escape?

The Equalizer from 2014 received mixed critical reviews but was a financial success, so a sequel may have been inevitable. It’s the first sequel Denzel Washington has ever appeared in despite nearly 40 years of appearing in feature films. While there are some exciting and gripping sequences, ultimately the film is hindered by not knowing what direction it wants to go in. 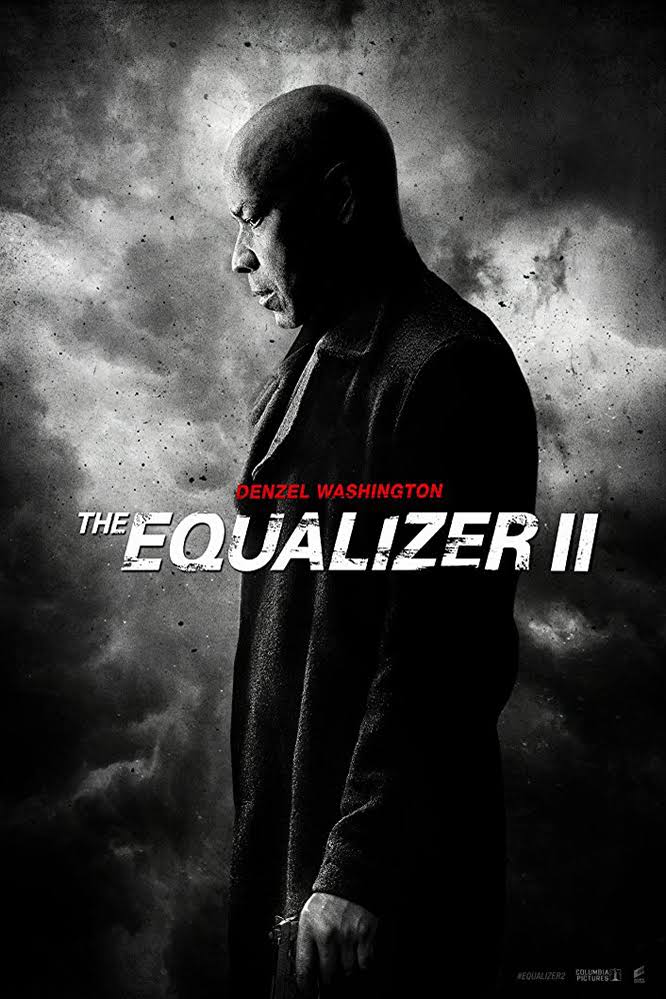 If nothing else, no one can deny the effectiveness of Washington’s performance. There’s a reason this guy continues to be a box office draw all these years later. He delivers in The Equalizer 2 in its action sequences, with the film having him go from more quiet and subtle moments to delivering the R-rated violence on perpetrators long overdue for justice. There are some inventive sequences including a great opening sequence on a train in the Middle East, and one involving him fighting a villain in the backseat while he’s driving his car! This is Mr. Washington’s movie, make no mistake, and you won’t forget it while you’re watching. He fares well in everything from the action to the more dramatic moments, even if other aspects struggle.

The biggest problem with The Equalizer 2 is that the filmmakers simply didn’t know what kind of movie they were making. The opening sequence and many of the more violent moments imply this was to be a straight-up vigilante revenge production, but the filmmakers try to shoehorn in far too many subplots and side characters, as if they wanted to make something more character-driven and dramatic. Washington’s character’s relationship with a troubled youth at his apartment complex quickly becomes far too large a focus, and feels like it would be more at home in an after school special or another feature film altogether. Other subplots/side characters, including Washington’s friendship with an elderly Jewish man who survived the Holocaust, start interesting but ultimately feel like afterthoughts which have nothing to do with the plot of the movie.

The overabundance of uninteresting, one-dimensional characters results in many of the similar faces being confused for one another. For a film like this there are simply too many people to keep track of, and far too many uninteresting subplots which detract from the movie’s main story. The sloppy narrative and lack of focus on the central plot all work against the film, which feels too long at roughly two hours.

It doesn’t help that this feels like a retread of other similar R-rated action thrillers. How many movies need a plot point of an old friend turning traitor? This has been done to death in the movies and isn’t even surprising anymore. The final product had the potential to be so much more, but it ultimately ends up feeling like a largely generic Hollywood product. Yet I'm sure fans of Denzel Washington and the first film will go to theaters and see it; most mainstream moviegoers will still find plenty to love here if they can stomach the violence.

The Equalizer 2 had potential, and despite some great action scenes and a fantastic performance from Denzel Washington, the end result falls flat due to its numerous subplots, unnecessary tertiary characters, and uneven tone. Rent this one when it comes out on home formats, but don’t rush to the theater.

DISCLAIMER: Images in this review are the property of their respective copyright holders, including Columbia Pictures, Escape Artists, Zhiv Productions, Mace Neufeld Productions, Picture Farm, and Sony Pictures Releasing. For promotional use only. All rights reserved.

The Cult Brings the Rain to Fremont ...