It’s hard to think of 2005 as over a decade ago, but let’s drop how old we are for just a second and talk about the rumbling of a scene that ended up becoming a roar through the Las Vegas House of Blues on Summer’s Eve of 2018.

The mid-2000's gave us a gifts from the Metal Gods that we were not prepared for; albums that were so groundbreaking that we couldn’t tell if we were crazy or not for loving them. Parkway Drive’s Killing with a Smile, August Burns Red’s Thrill Seeker, and The Devil Wears Prada’s Dear Love: A Beautiful Discord. 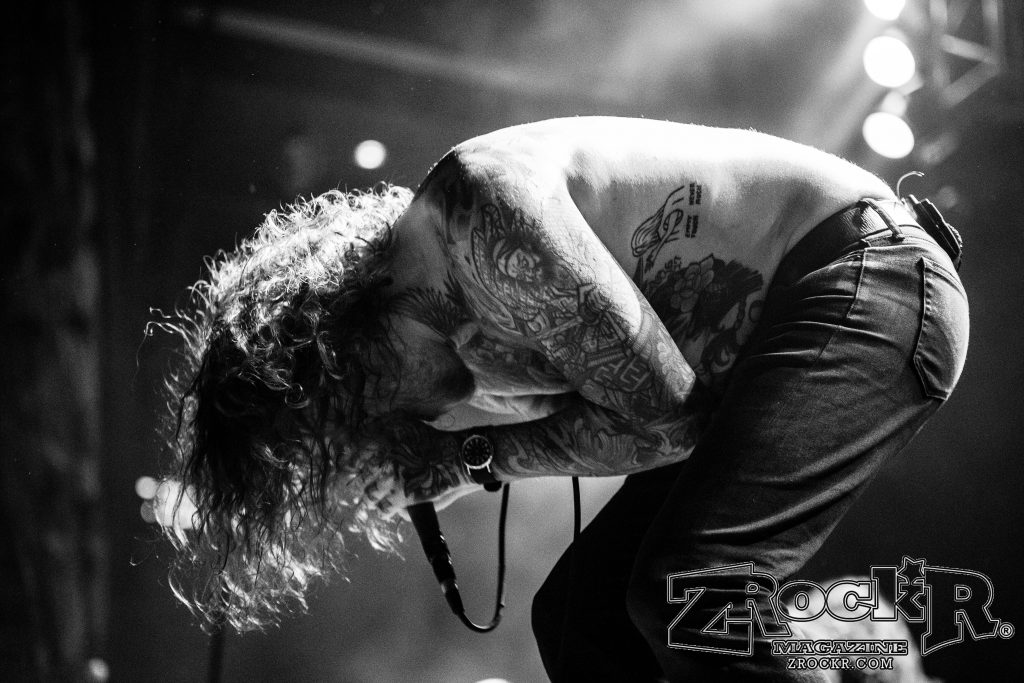 Parkway annihilated our thoughts of what breakdowns could be, August Burns Red showed us a melody that never hit our generation before, then Prada inspired our experimental imagination with synthesized keys and a combo of clean and dirty vocals that could pierce the heaviest and blackest soul.

We’ve been lucky enough to make it through a financial crisis, emo haircuts, then hopefully started an actual life while these three pioneers release album after album of anthems that we can scream at the top of our lungs along the way. Our Metalcore cup continues to runneth over into 2018 with these three Godfathers bringing the young bloods POLARIS over the Pacific from Australia to join them on Parkway Drive’s tour of their most recent album Reverence.

After over a decade of memorizing the veteran bands’ every move, POLARIS was the lone wildcard on the lineup. I feel that many people may want to see this show for the last acts, but you’ll be sorry if you miss this opener.

Heavy chugs of dropped palm mutes are prefect to get the head bobbing at the beginning of the night and POLARIS are full of them. The screaming vocals are commanded by some solid energy and aggression from Jamie and the backup clean vocals don’t annoy at all. They gave us the only wall of death for the night and left that lingering energy that was needed to head i 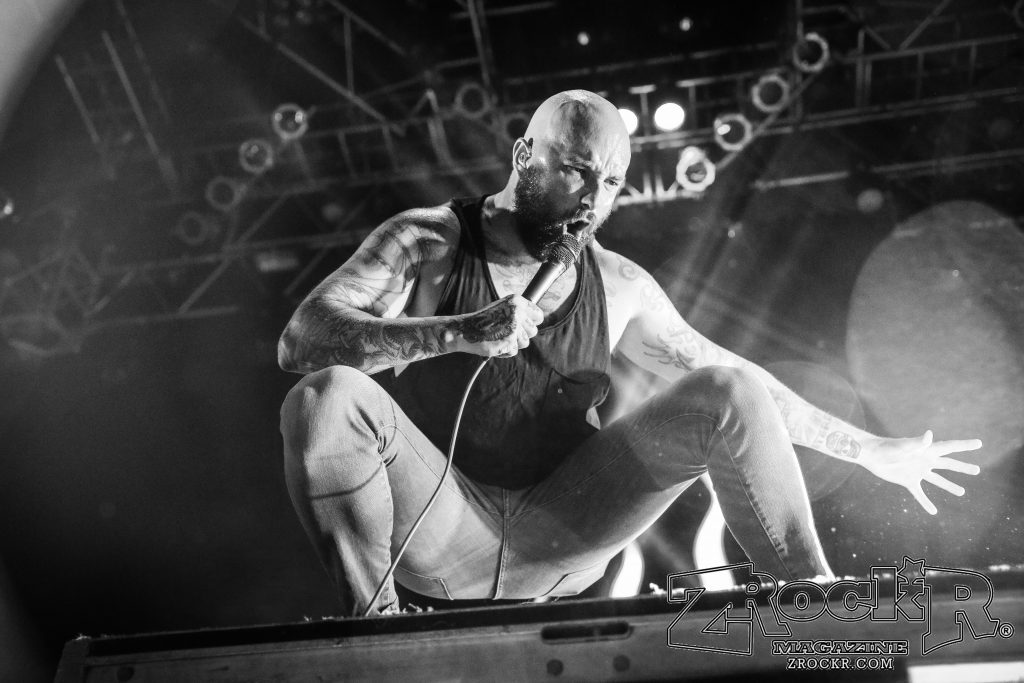 I was hoping to be able to chill and enjoy one of my most favorite bands that I hadn’t seen in a while when Prada hit the stage, but nope! There’s something about hearing a familiar breakdown that just forces your beer to the guy next to you, and a voice take over that says “hold this”, then you’re just magically in the pit. It’s like a spell chant!

It’s crazy to think a band that you’ve followed and loved through six albums can pull out such a broad set list of eight songs, but we heard Zombies, Roots, Dead Throne, Space, every album you could want! Prada took us through a synopsis that any fan would approve of.

August Burns Red were up next to show us how consistency through a decade can still melt your face off! After their most recent release of Phantom Anthem we’ve been blessed to have these gentlemen show us amazing shows on a constant basis, and this was no different.

Even if you haven’t kept up with how ABR has been pushing out album after album of amazing material, you can stay hypnotized through the set and into bangers like “Empire” and “White Washed” that will get any fan reaching into the air for a god they’ve forsaken their entire life. It made it proper with their symbolled “U” logo illuminating their sermon behind them. 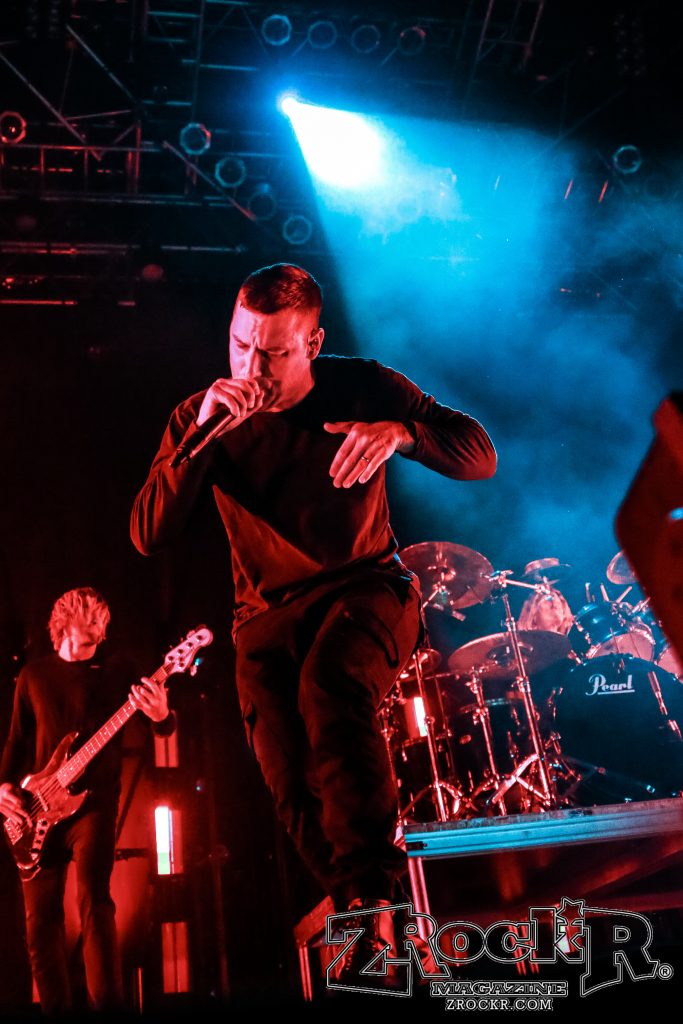 Now was the time of reckoning; the moment that veteran fans were pessimistically anticipating and newcomers were frantically fearing. After a few months of letting Reverence sink in on the scene, it was time to see how Parkway handled their live show after an experimental release.

After a row of LED lights where wheeled out behind the instruments and the lights dimmed, an acoustic guitar took over the house speakers, and if you hadn’t heard the new album’s opener “Wishing Wells”, you would almost assume that Garth Brooks was about to come out and play “Thunder Rolls”, but you can’t help but get surprised goosebumps when a roar of “Until I’m done!” comes out of singer Winston’s mouth and leads the rest of the band into the intro.

This was the point of the show that I told myself I would protest any newer material, but after the guitar lick in the beginning of Reverence’s second track “Prey” kicked in, there’s no turning back. I was sold on the fact that whatever I thought of the new album’s recordings, their live performances topped them tenfold.

It never slowed down from there. For the old school fans, we got to hear "Carrion" soon after the Reverence openers and then went into Ire for the crowd chanting “Vice Grip”, where you can tell that this was no changed band, these were the same Aussies that changed what we thought about Metal back in 2005.

I’ve never suggested to go see an entire tour before, but this is not one to miss. I don’t care how you feel about ”the new stuff”, if you ever had love for any part of Metalcore, this is your calling. 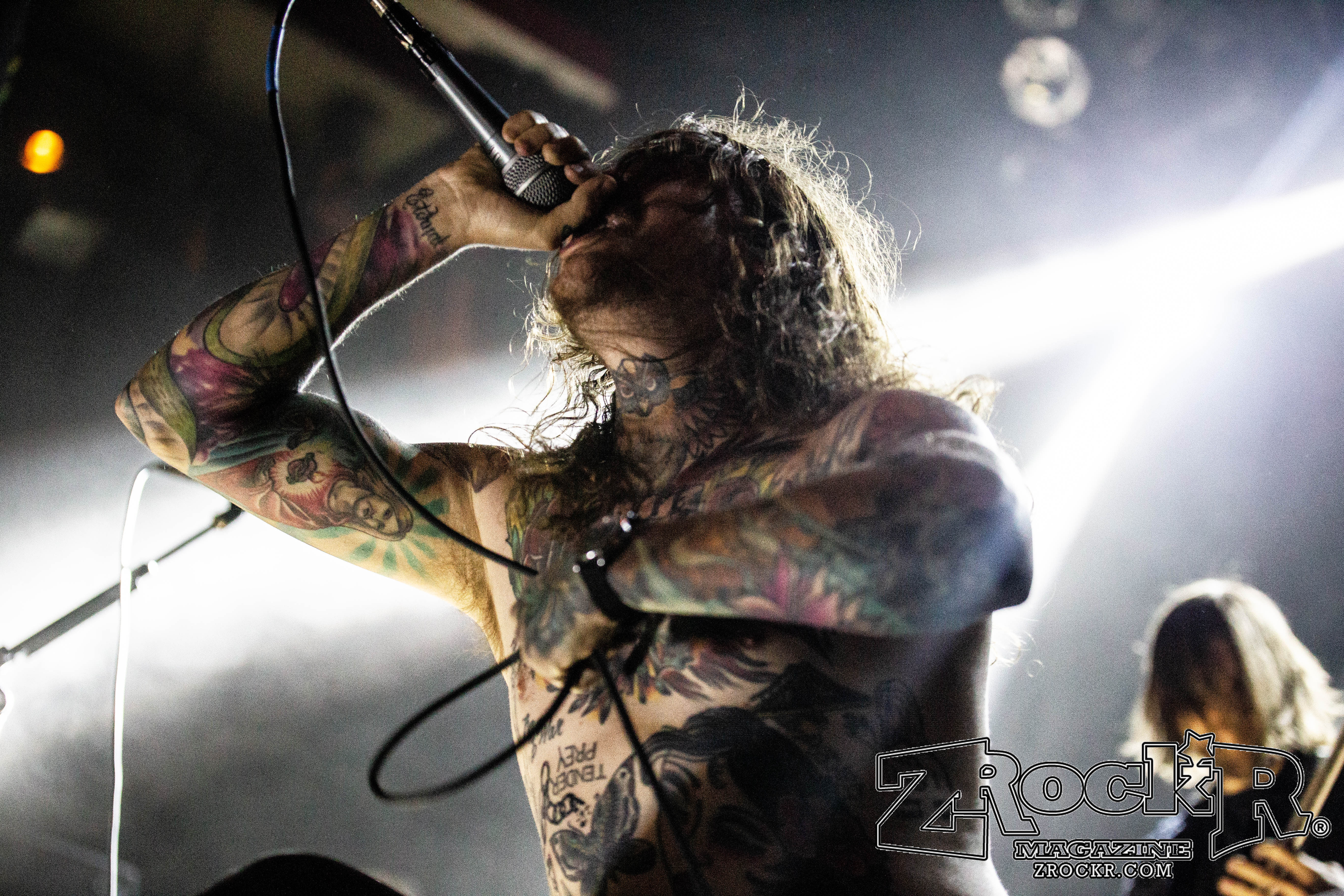 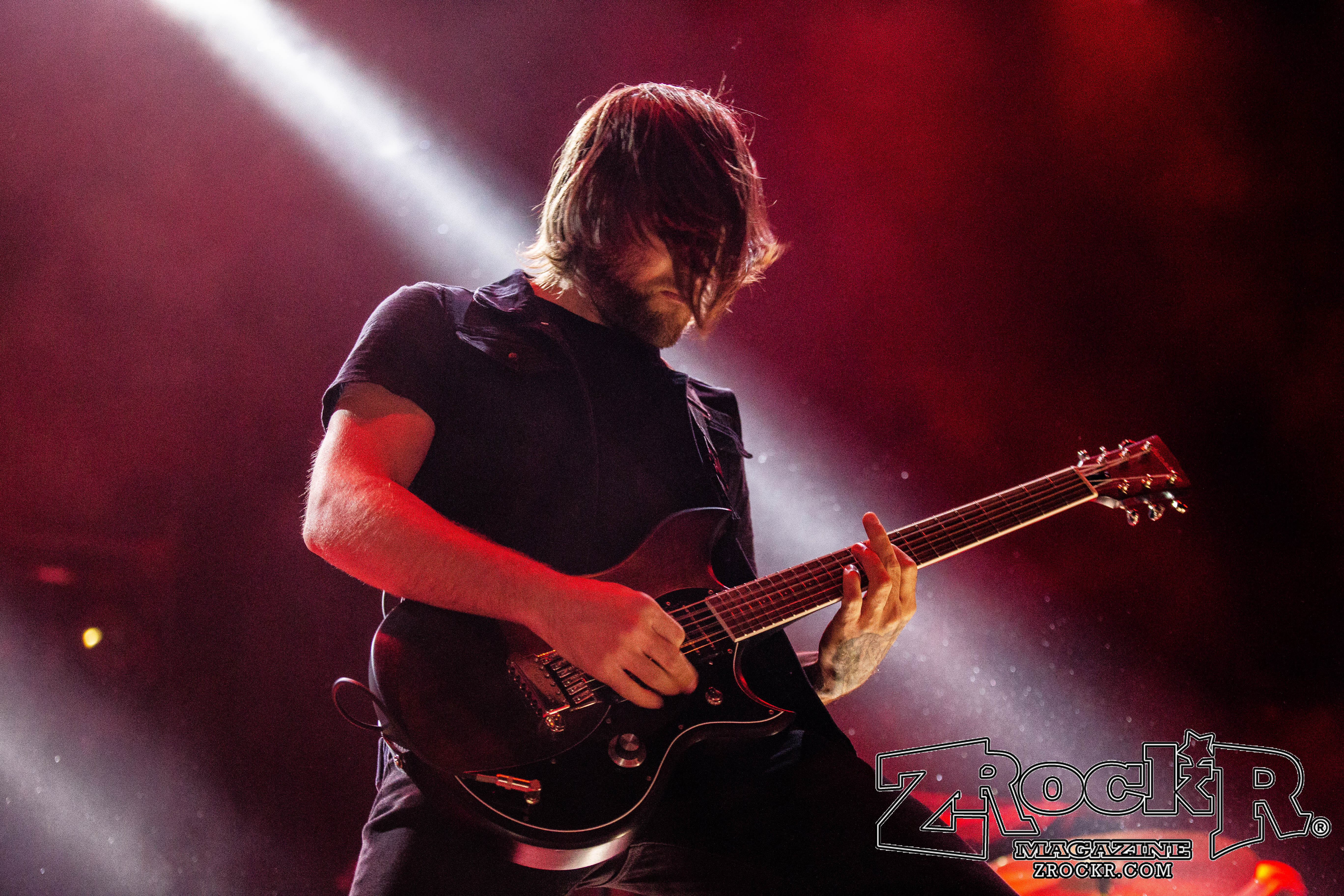 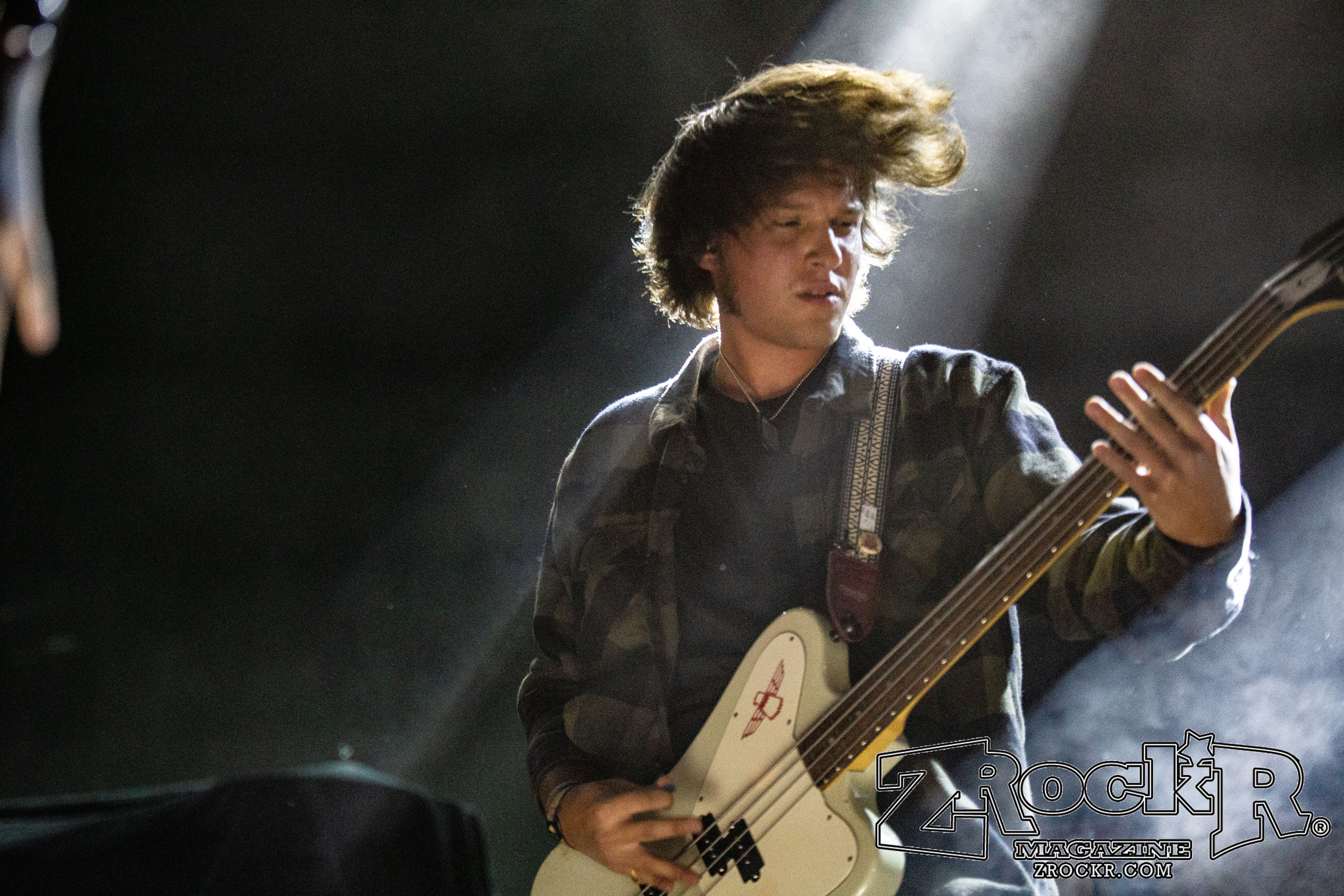 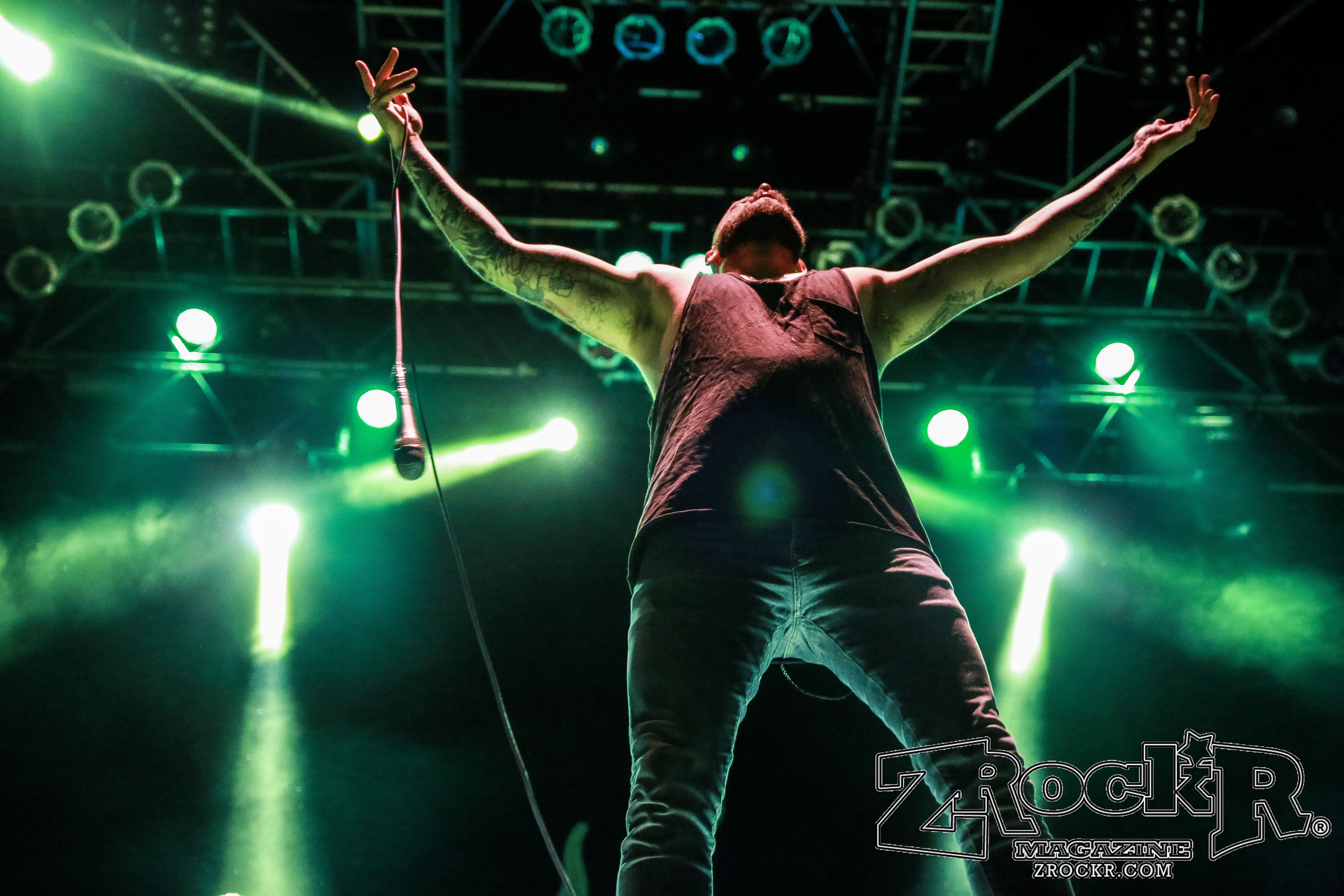 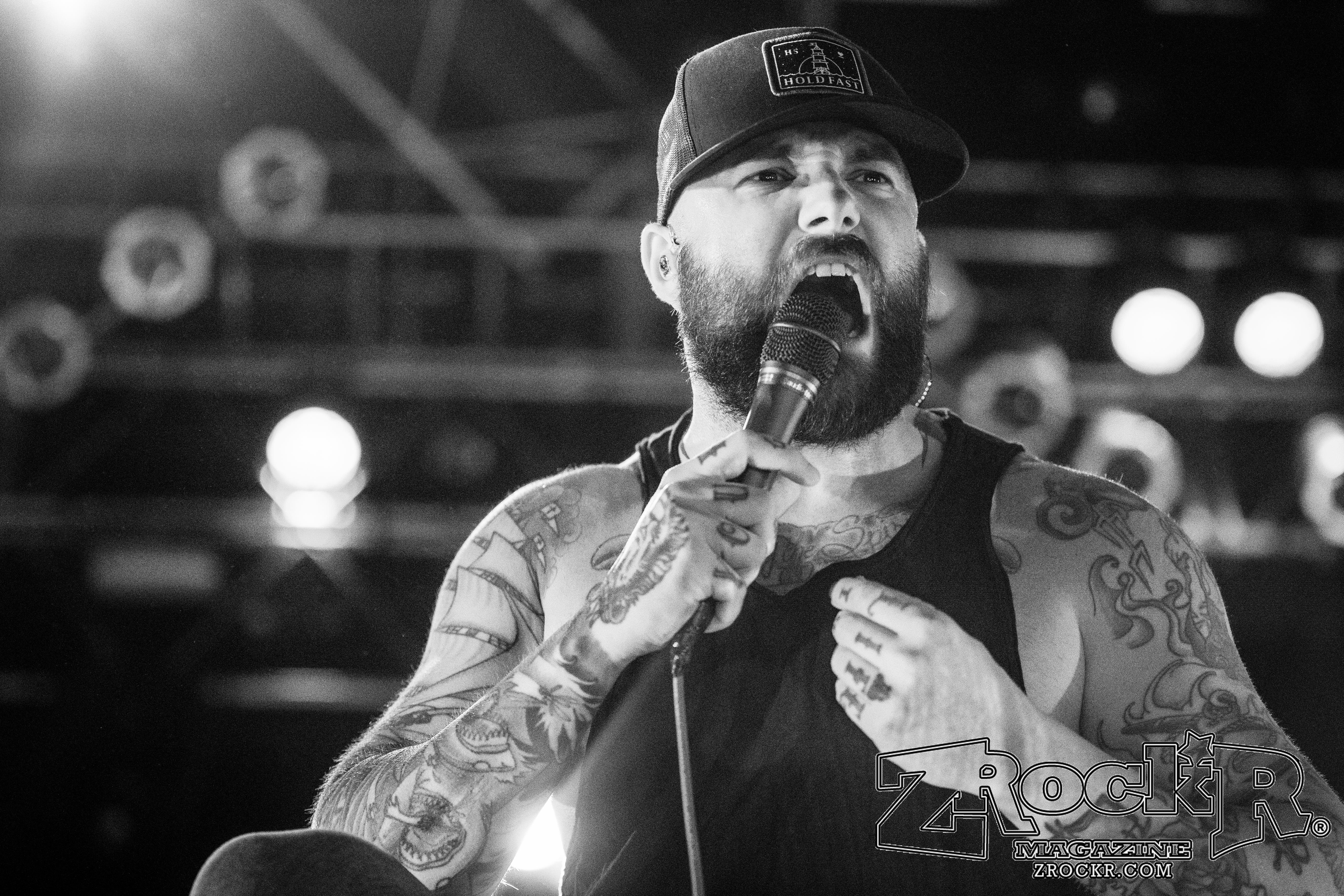 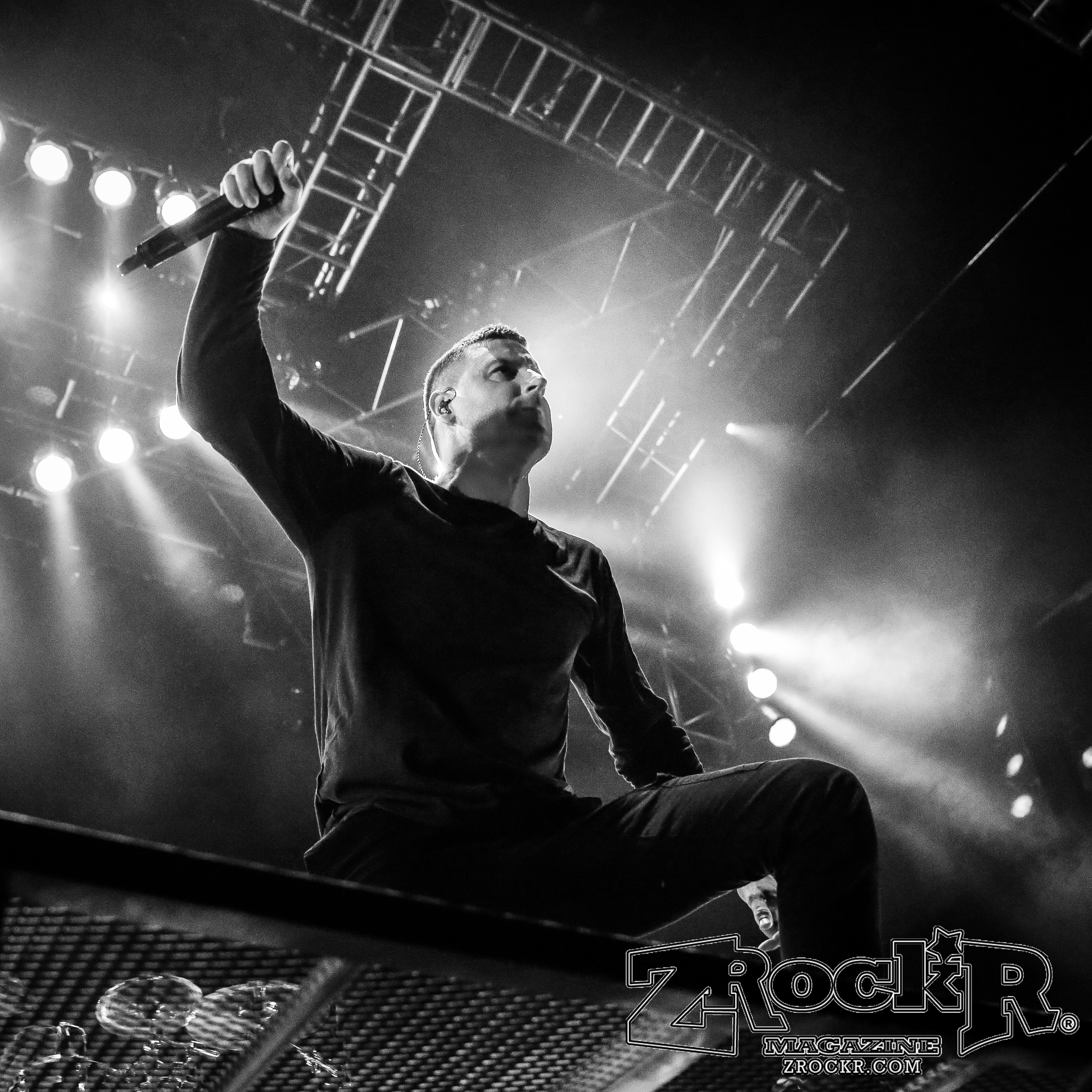 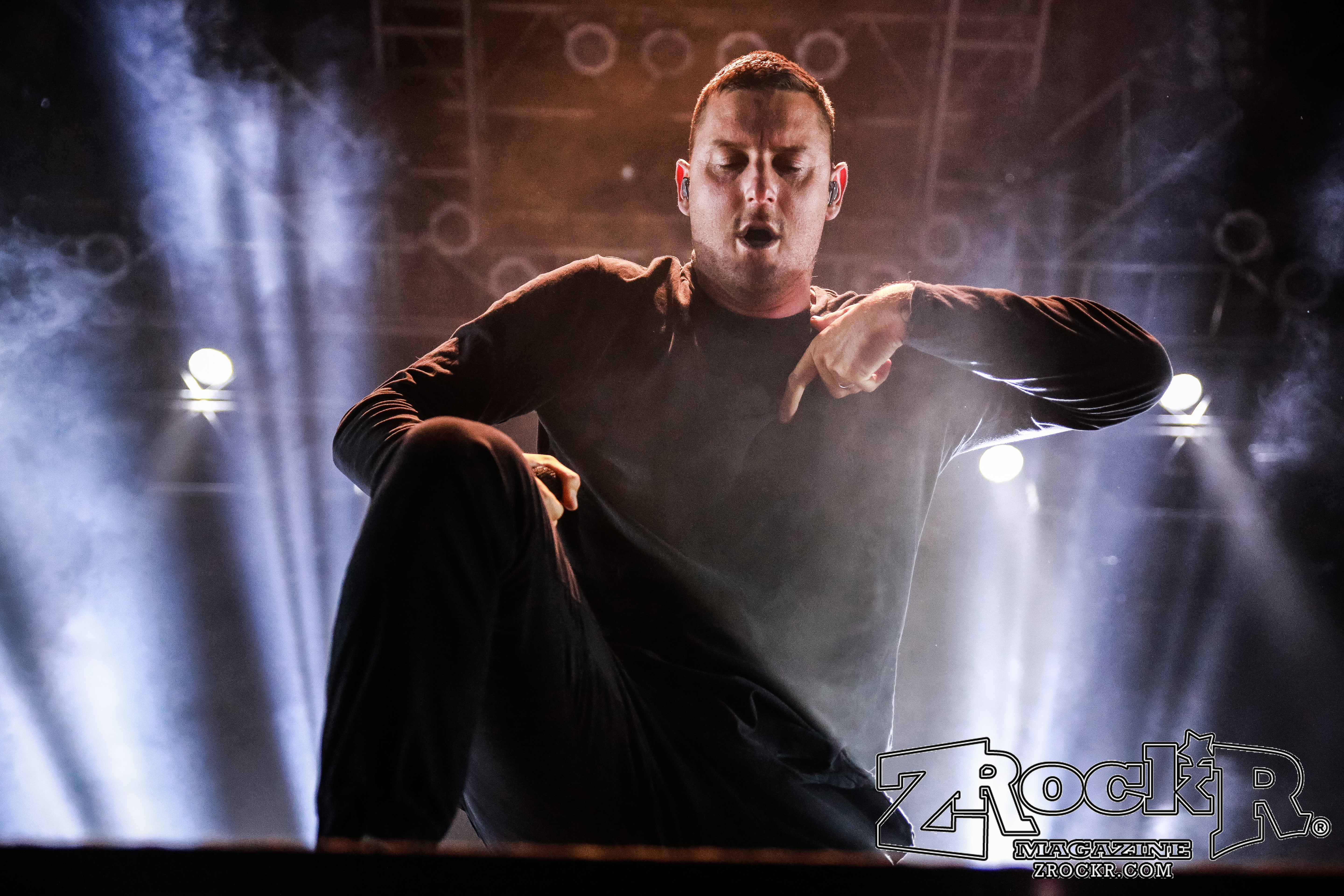 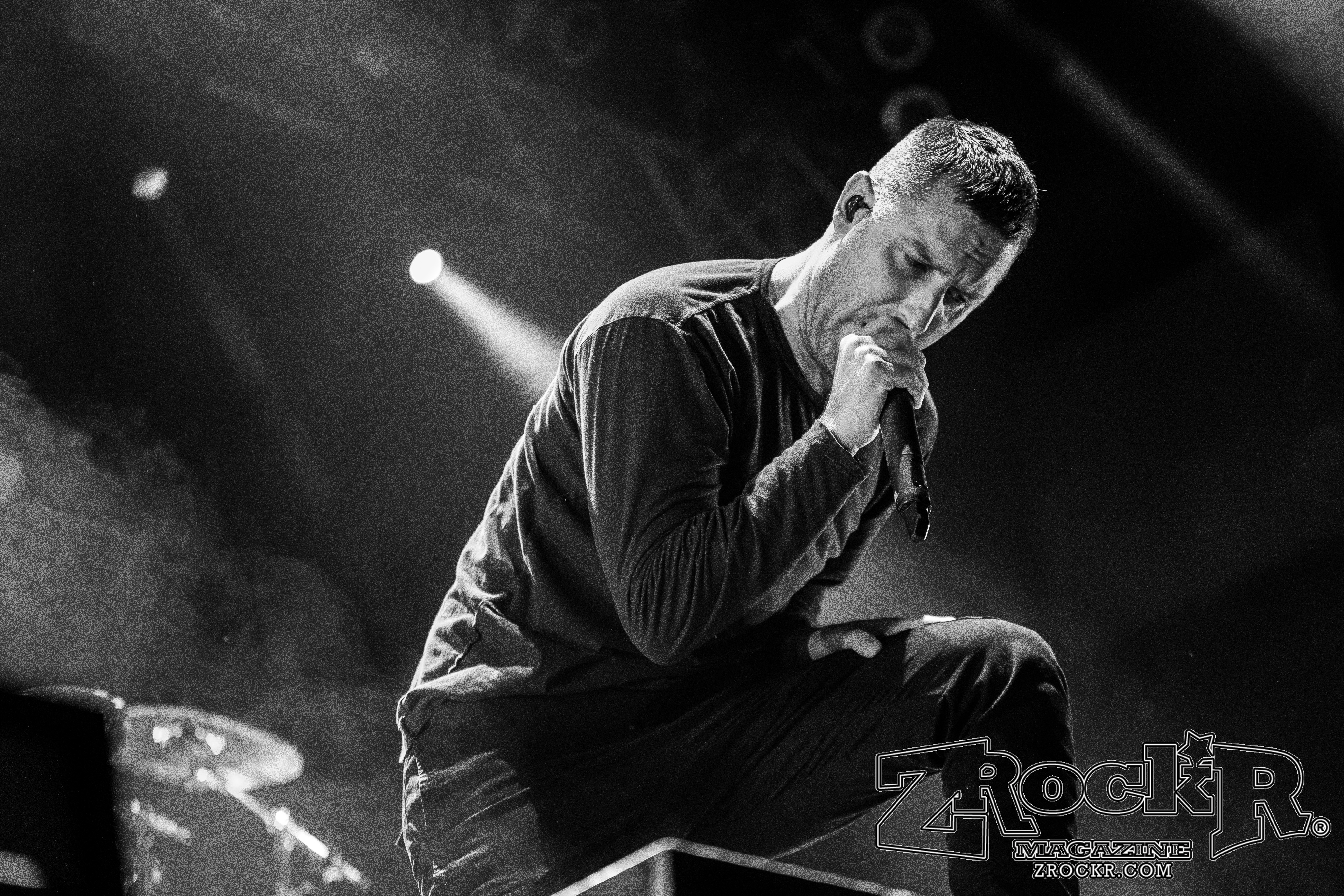