Home›Reviews›Beyond the Beats - Interviews with Rock and Roll Drum Legends!

Beyond the Beats - Interviews with Rock and Roll Drum Legends!

Beyond the Beats features interviews/histories on a dozen drummers in the music world. The book offers condensed career overviews of these artists, direct interview content in which they describe their exploits/equipment/playing, and more. It contains just over 300 pages worth of content.

I was very eager to read Beyond the Beats; many of these drummers are the absolute greatest at what they do. Unfortunately, the book suffers from frequent grammatical errors, formatting programs, and an overabundance of misspelled/incorrect proper names. There are some entertaining stories and facts, but the sections suffer from being too long, too focused on the technical aspects of drumming, and in some cases, basically retreads of things you’ve surely read in these artists’ autobiographies already. 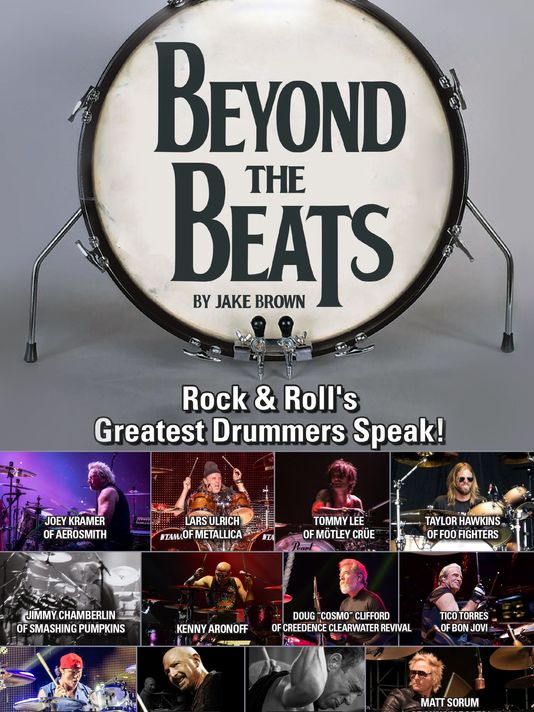 I’ll give Brown’s book credit for what it does right. With most of these artists, you’ll learn a few new things, both about the artists’ playing styles and life histories. I will say that in most of the sections I learned a few new things, and at least walked away with some new perspective and information.

Sadly, the book is an absolute mess in more ways than one. First and foremost, the book makes the rather jarring decision to shift from the author’s perspective to the interviewee’s perspective, often mid-sentence. Indenting is used to show this, but sometimes the author just plain forgets to do the indent (usually noticeable when going to a new page), and it gets very confusing and difficult to tell who's talking. A few simple quotes here and there likely would have sufficed, and a “question and answer” format may have been easier to follow and digest, as was seen in Michael Toney’s vastly superior book, Tales From the Stage Vol. 1. The sections are far too long to easily digest, but far too short to cover an artist’s whole career. If you’ve read the autobiographies of anyone in here, you’ll be in for some serious deja vu, the Kenny Aronoff section perhaps being the most noticeable -example of this.

The grammar in the book is absolutely atrocious. The author clearly does not know the difference between “it’s” (contraction of “it is”) and “its” (the gender-neutral pronoun). Some album titles are bolded and quoted. Some aren’t formatted in any way. There’s no rhyme, reason, or consistency whatsoever.

But the biggest problem in the book is the incorrectness of proper names. Ian Paice (drummer of Deep Purple) is sighted as a massive influence on the interviewees. So why does Brown misspell his name as “Pace” everywhere he’s mentioned? Steve Smith talks about replacing Aynsley Dunbar, yet the latter’s name is spelled correctly half the time and misspelled as “Ansley” the other half. Likewise, in that same section, Neal Schon’s name is incorrectly listed as GREG Schon at least once. This isn’t the first rock and roll book I’ve seen to feature incorrect proper names, but it’s quite possibly the biggest offender. If you’re going to write a professional-level book on rock and roll stars, you can't get this stuff wrong. I’m personally surprised any of the artists actually signed off on the book and gave it their stamp of approval.

As much as I like the premise of Beyond the Beats, it’s just got too many problems and errors to recommend. In the case of the artists here who’ve got official autobiographies, go read those instead. This is the abridged, typo-rich version. So as much as it pains me to say it, not recommended.