Kingdom Come was a moderately popular band in the late 80s/early 90s, touring with many of the biggest acts in the world at the time. Their Led Zeppelin-influenced sound had its share of supporters and detractors alike. Well past the group’s heyday, drummer James Kottak found success on bigger stages as the drummer for Scorpions for two decades, a position he’s only recently stepped away from. These days, the man has returned to his former band, ready to rock the world once again. The current incarnation of Kingdom Come includes all classic members aside from vocalist Lenny Wolf. Instead, former Montrose vocalist Keith St. John has stepped up to the microphone.

The show featured two support bands, the first of which being the Pacific Northwest’s Garden of Eden. This opening trio featured one of the most eccentric and entertaining casts of characters I’ve seen in quite some time, with a guitarist/vocalist who looked like he’d be more at home a 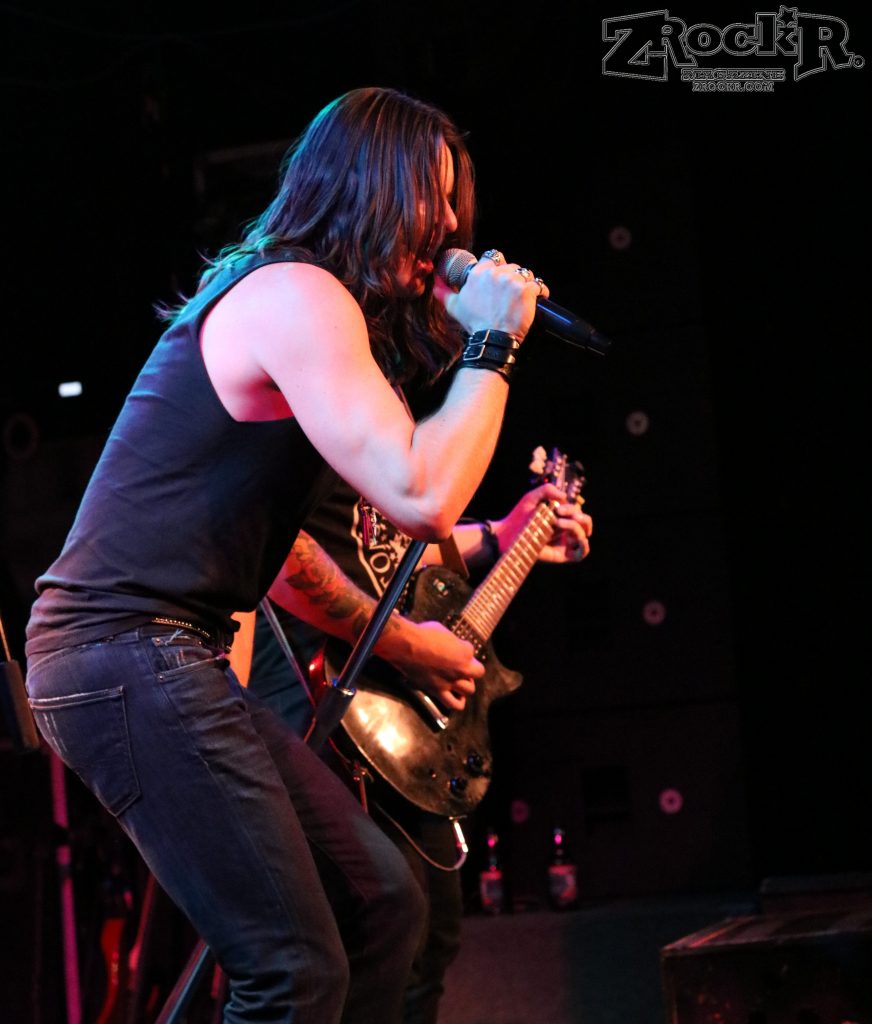 The second support band was Crash Midnight. According to the group’s Facebook bio, they’ve been around since 2006, formed in Boston though now based in Vegas, though I had not previously heard of them. The quintet is comprised of vocalist Shaun Soho, guitarists Alex Donaldson and Alex Drake, drummer Chris Bishop, and bassist Eric Groseclose. Despite my lack of familiarity with the band, it didn’t take them long to win me over. Combining the best of the old school and the new school, the group gave one of the most aggressive, in-your-face performances I’ve ever seen on the stage at Vamp’d. These punk levels of energy infused with other rock sounds made it one of the absolute best sets I’ve seen on the stage all year, and not just from local artists either. A true highlight of the set was the band covering “Roadhouse Blues,” one of the most overdone and cliched of all cover songs, only to bring the aging cut back from the dead with their own brand of rock and roll; it’s a song which would have been mundane in the hands of any other band. Here’s hoping I see these guys again very soon!

Last but certainly not least is Kingdom Come themselves. The group’s debut record, released in 1988, and its follow-up, In Your Face, are both classics of the genre, though the group has continue to record and tour in various incarnations, including a version of the band a few years ago which was vocalist Lenny Wolf as the only original member, with all the other band members being German musicians (like Wolf himself). Ironically, the current incarnation of Kingdom Come is just the opposite; all four classic members with a different vocalist. Rick Steier, Danny Stag, Johnny Frank, and James Kottak are joined by vocalist Keith St. John, who’s had quite a resume touring for several groups in recent years.

Throughout the two opening sets, who played closer to the front of the stage, I noticed they were using the house drum kit while, lurking in the background, was a bigger kit beneath a tarp. Clearly James Kottak was not content to use the house kit, bringing in his own gargantuan setup. Having seen the guy’s drum solos with Scorpions, including a gig I attended in 2010, I was very eager to see the man who proudly has “Rock and Roll Forever” tattooed on his back bringing his own brand of percussion to a smaller stage. Throughout the whole night, the Kottak Attack was out full force. Every single time he struck his bass drum, you could feel it anywhere in the venue, and even right outside. The guy is a mastermind behind the kit, and it’s not hard to see why in the Scorpions camp, he was their longest reigning drummer. 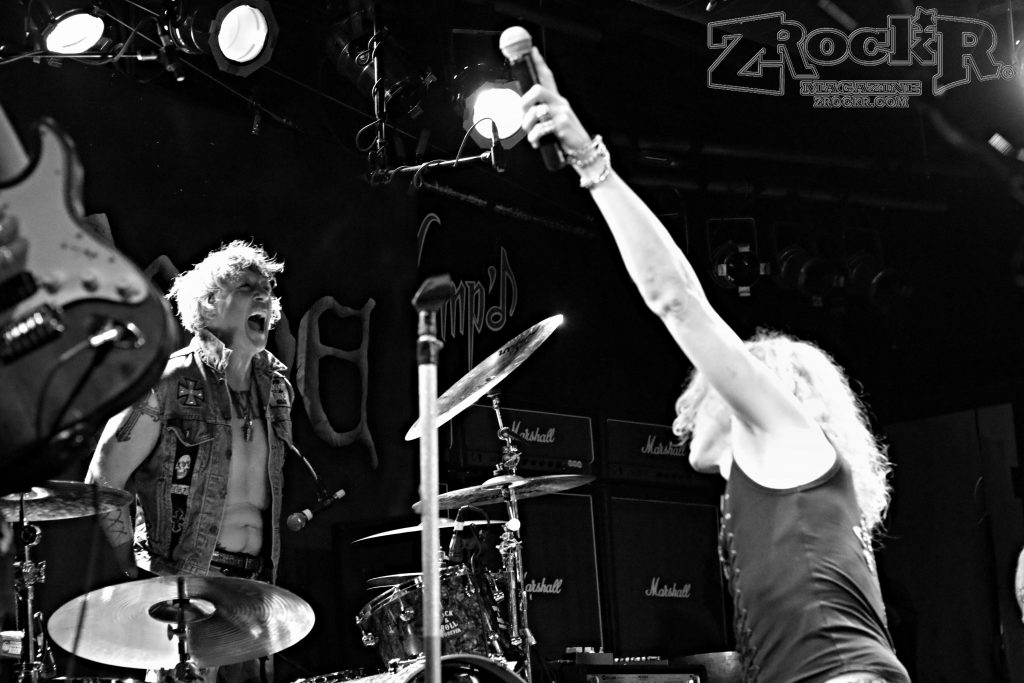 Fortunately, the rest of the classic members were no slouches, either. The band’s twin guitar assault sounded as fantastic as ever; these guys are criminally underrated at their crafts. Fortunately, both members got a chance to show off their skills. Even bassist Johnny Frank got to do a bass solo which was surprisingly entertaining and aggressive, showing the bass certainly doesn’t need to be relegated to a rhythm instrument! There weren’t any weak moments from the group’s classic members.

Like many, I was somewhat skeptical about Lenny Wolf not fronting the band. I’ve seen Keith St. John fronting other groups, but wasn’t sure if he’d be able to pull off what these songs required at first glance. Fortunately, the new arrival proved himself more than capable. The packed venue and enthusiastic crowd was evidence enough it was a well-received performance. Throughout the gig the group performed plenty of their classic hits and deep cuts alike. No one in the packed house was bored, and from start to finish, it was one of the hardest and heaviest shows the venue had experienced in quite some time. Afterwards, the band members were good enough to hang out and take pictures and sign autographs for fans.

Kingdom Come kicks ass, and the support sets from Crash Midnight and Garden of Eden made for some fantastic listening material. Hopefully the reborn Kingdom Come will be giving us some studio material in the near future. In the meantime, don’t hesitate to catch the band live if you get the chance!