In the latter half of the 1970s, Susie, an American dancer, moves to Germany to join a prestigious dance academy. Despite being welcomed with open arms, it quickly becomes apparent things are not what they seem. The school is run by a coven of witches, who have their eye on Susie for an impending ritual and their own goals. Meanwhile, an old man has his suspicions about the school and its leaders, and sets out to uncover the truth.

Confession time – I’ve never seen the original Suspiria, and I wasn’t even aware of it until I first heard about this film a few weeks ago when I was invited to a screening. This film enthusiast was certainly excited to see the film upon hearing about its premise and an all-star cast including the likes of Tilda Swinton (who plays a triple role, including a male character!), and direction by Luca Guadagnino (Call Me By Your Name), but despite its intentions, the film is derailed by a sloppy narrative, unnecessary plot elements, and ridiculously over-the-top graphic violence and nudity/sexual content. Did I mention it’s two-and-a-half hours long? Despite gorgeous production values, a great cast, and solid direction by Guadagnino, it’s essentially two-and-a-half hours of artistic torture porn. 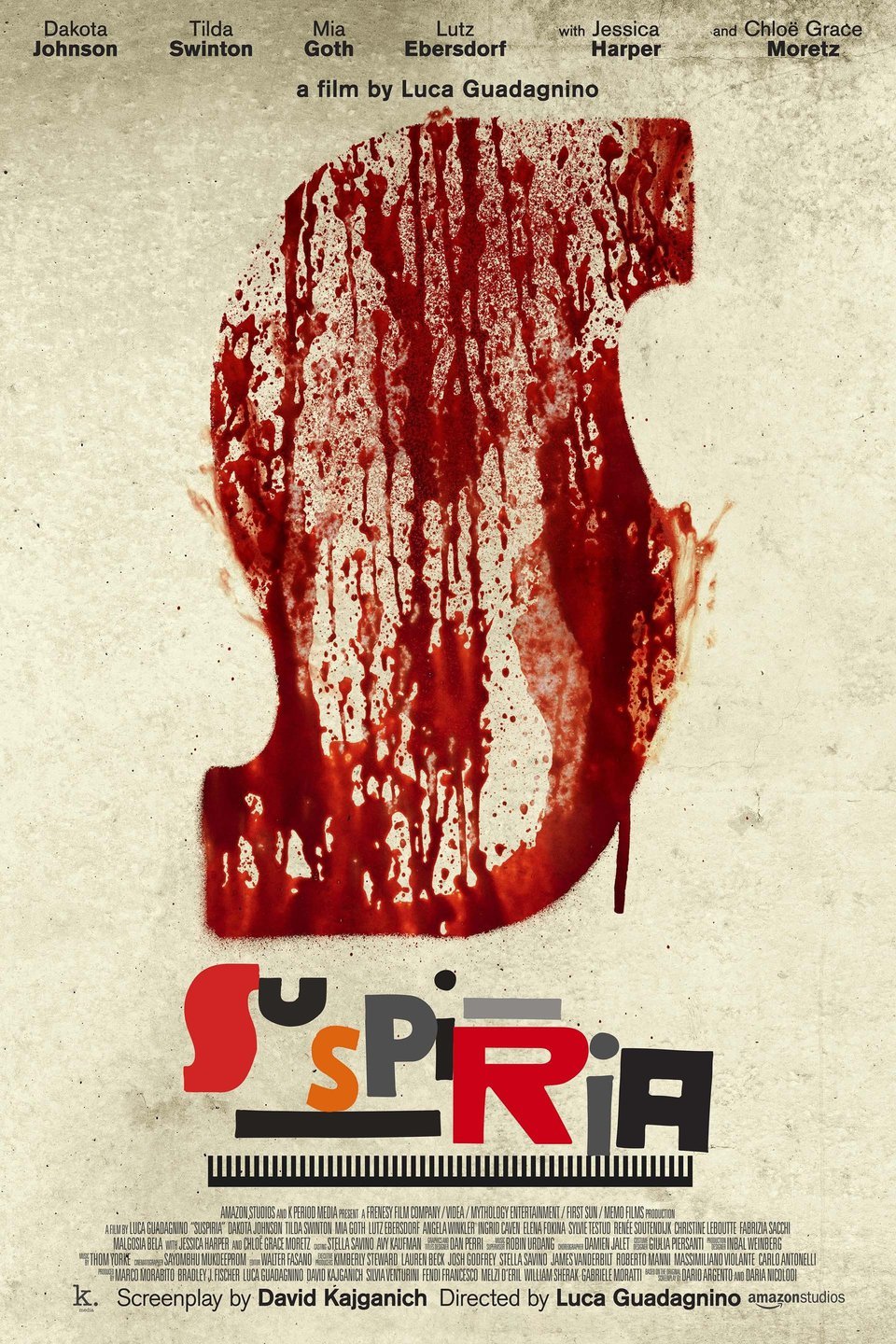 I will give the movie credit for bringing its subject to life brilliantly. The sets and cinematography beautifully capture the look of a region in the midst of strife and turmoil, even if this element never quite becomes a vital element of the plot like we’d expect. From dance studios to villages and creepy dungeons used for haunting rituals, the striking images, combined with Guadagnino’s direction, I won’t argue it’s a great film to LOOK at.

Unfortunately, it’s not much else. The narrative is so sloppy it’s hard to understand what’s going on at any given time. A subplot involving a psychotherapist who learns about the coven from one of the former students adds nothing to the film whatsoever and drags out an already excruciatingly-long running time. With this concept, these beautiful sets, and a fantastic director in the chair, it could have been a far more concise film and entertaining. Sadly, these elements never quite come together. In its two-and-a-half hours, Suspiria commits a sin no horror thriller should – it’s boring, and wears out its welcome.

It ultimately boils down to being beautifully-shot torture porn. The scenes in the film, including one of a dancer being unknowingly controlled and twisted to death in a gruesome manner, and one in the basement regarding an over-the-top ritual combining nude girls gutting one another and a hideous creature which looks like the love child of Jabba the Hutt and Ozzy Osbourne, are some of the most vile and disgusting moments I’ve ever seen in any film. Suspiria has been given an R rating by the MPAA, but it’s absolutely insane the film wasn’t rated NC-17. Some may argue it’s a film which requires repeat viewings to fully appreciate, but I’m not spending two-and-a-half hours watching this again, no matter how well produced, directed, or shot it may be.

Rating: One-and-a-half stars out of four (actual rating is closer to one star, but I bumped it up half a star for the production values).

DISCLAIMER: All images in this review are the property of their respective copyright holders, including K Period Media, Frenesy Film Company, Videa, Mythology Entertainment, First Sun, Memo Films, Vega Baby, and Amazon Studios. For promotional use only. All rights reserved.

London - Nadir D'Priest is Back with ...