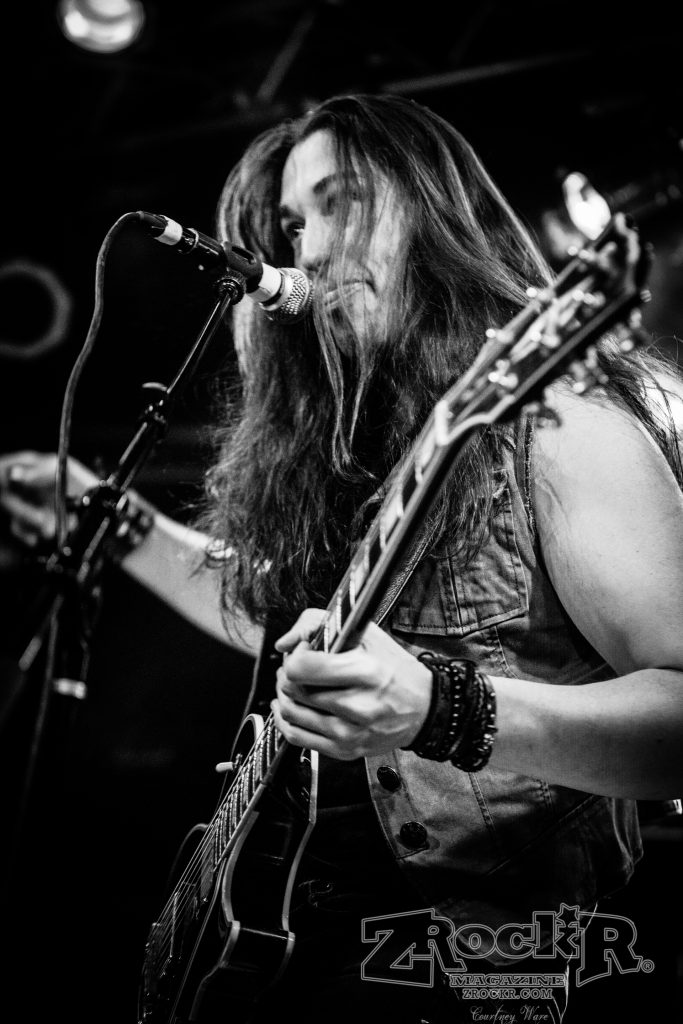 I can’t point my finger precisely on when or by whom I was introduced to 7th Son. It might have been Ronnell who went on to form Babilos, my neighbor Patrick, or the shit ton of 7th Son shirts worn by people in my MySpace friends list.

MySpace was an important tool for a lot of bands at the time (2006) and it really showed that this fairly new thing called social media would be a big chunk of a band’s promotion. Done in such a way that you didn’t necessary need a record label to grab people’s attention in parts of the country or even the world and introduce them to your music.

A lot of musicians got their big break from hammering home and using MySpace and later social media platforms to their fullest potential. Don’t believe me? Check out this article on that very subject on Loudwire.

Personally I used it to find out when my favorite bands were coming to town (use Facebook for that now) or to check out bands playing black metal in France that I’ll likely never hear about from my high school in Las Vegas, NV. Bandcamp and YouTube more than make up for that.

MySpace didn’t replace all forms of promotion however. Something that Chris Babbitt knew very well. Since I saw that guy anywhere and everywhere that you’d find metal heads. As tall as this man is he snuck up on me and a few friends at a Renaissance Fair to pass out his band’s latest demo to the teens wearing Children of Bodom tees. 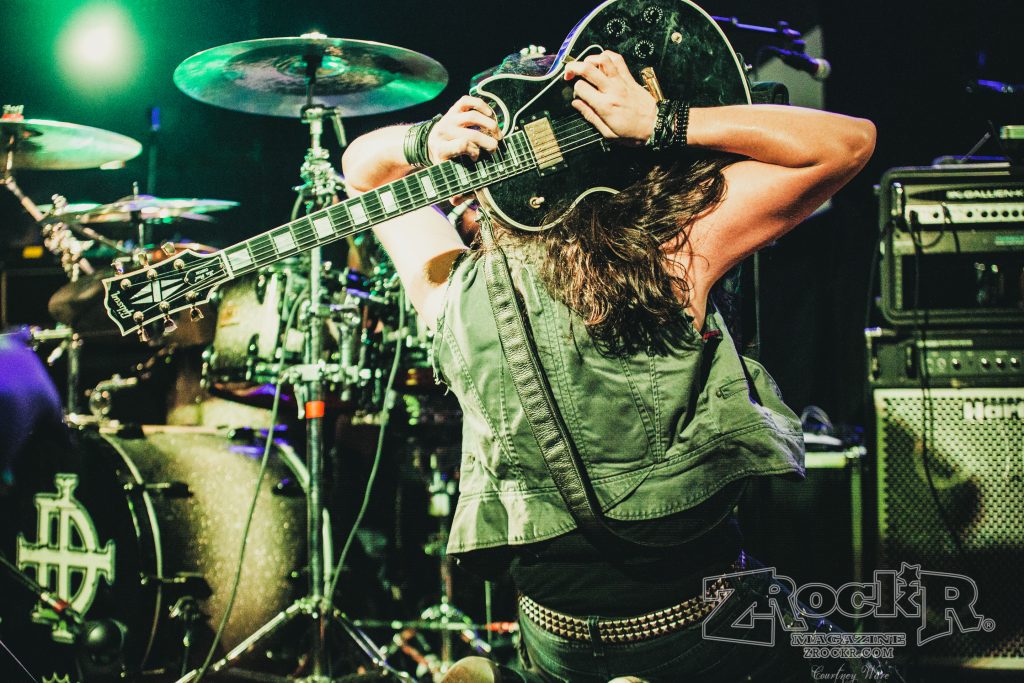 Those 7th Son demos showed a progression of Chris’ orginal Obituary style vocals to his current signing voice. When getting in the mood for writing this article I managed to find many demo versions of songs on YouTube. Songs such as;  “Shout With A Fist”, “Endlessly”, “Godless”, “Time To Burn”, and perhaps my favorite just behind Shout - it’s motha fuckin’ “V”!

It’s been so long now that trying to remember all of the demo songs and on which discs they appear is a pain. For instance I’m pretty sure “Like A Revolution” was on the last demo before they’d sign to Roadrunner... And I swear there was a re-recorded demo version of “Shout With A Fist” with clean singing.

Those discs are amongst some of my lost belongings strung out somewhere across the country. They were lost or left in either Louisiana or Chicago in my many moves. Best case scenario they’re in my storage shed with the Abbath record. 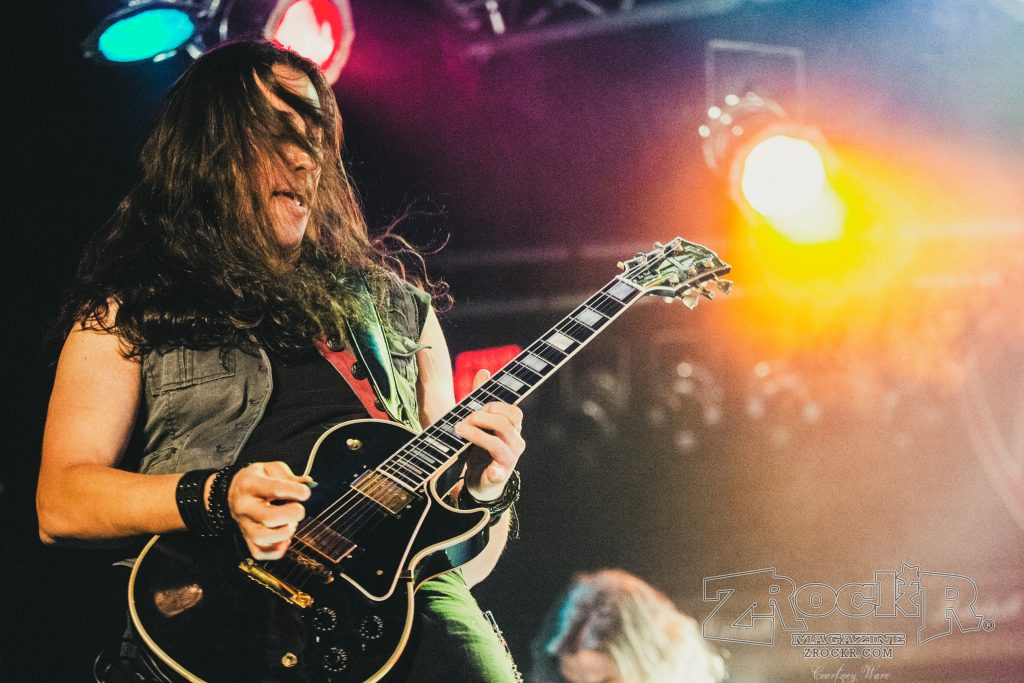 I’d only seen the band once before moving back to Vegas a couple years ago at Jillian’s, of all places. Rob Flynn of Machine Head had this to say about the ‘venue’: - “In all my years I’ve never played in a strange place”.  A show at Jillian’s was what happens when you have an arcade and a small stage. So on weekends you move at least a dozen arcade machines to the walls and sell merch at the prizedesk. No exaggerations.

I saw a few shows there that sort of blend together. But I believe they opened up for Protest The Hero that night? Or was that when I spoke with Ryan, guitarist of Light This City, about how his band were singing along to “Endlessly” in their van.

I tell you these things to underline that to me and my friends, this band being signed and releasing an album wasn’t a pipe dream. It was a goddamn certainty. When the posts coming from social media were mentioning Monte Conner coming to Vegas to speak with them I was fucking ecstatic.

Monte Conner is the former Senior Vice President of A&R for Roadrunner Records. He is responsible for signing such artists as Slipknot and Fear Factory. Along with Trivium, Death, Sepultura, Type O Negative as well as many many others to that label. Realistically, I’d only been made aware of him after buying the special edition of Roadrunner United and watching the accompanying making of 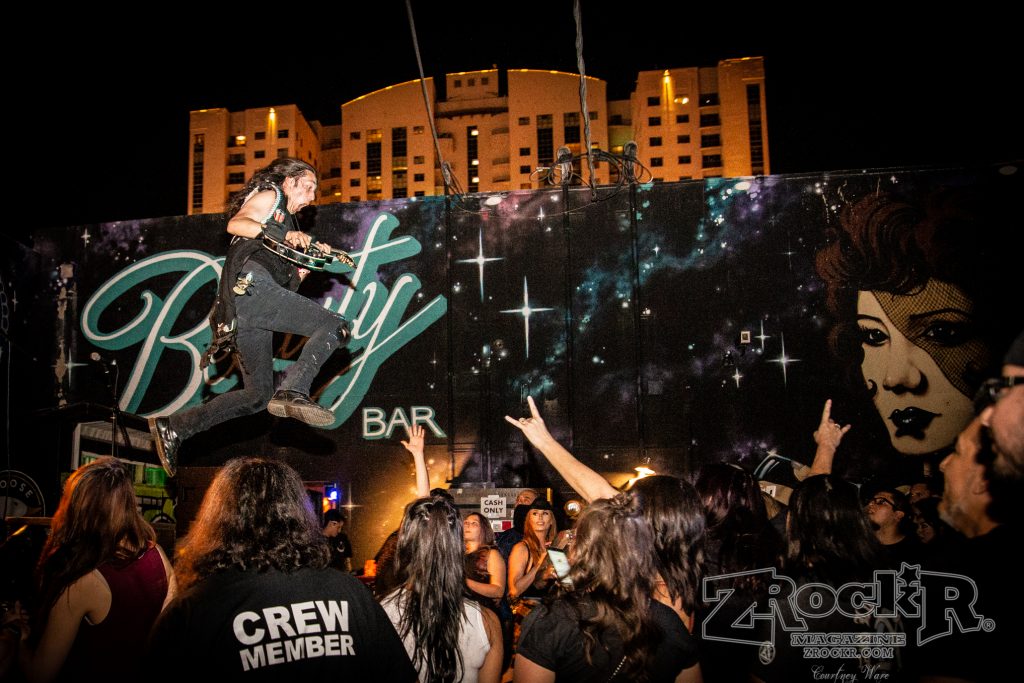 I was in Chicago by the time the self titled EP came out... and then was in a small town by the time the full-length ‘Time To Burn’ was released. Even then it felt good to see that local band my friends and I looked up to achieve what we all aspired to. 7th Son was the band I told any working musician I met about. Taking Dawn was the band I told my neighbors and co-workers about when they’d ask about the Vegas music scene.

From 7th Son to Taking Dawn

I guess I should mention the name change.  7th Son was a reference to the Iron Maiden record ‘Seventh Son Of A Seventh Son’.  I may be misremembering...  I think Chris said that Taking Dawn was supposed to have some sort of meaning as well. Considering one video interview I watched he’s talking to the interviewer about Twilight so… I’d rather not ask.

So I never heard about the original break up of the band. I did learn from Chris himself a couple of years ago that he’d renamed the band again as Devil’s Run. I dug what I heard. However, I wish I could make the gang vocals that were added to the Devil’s Run version of “Shout With A Fist” magically go away. (They just seemed unnecessary.) 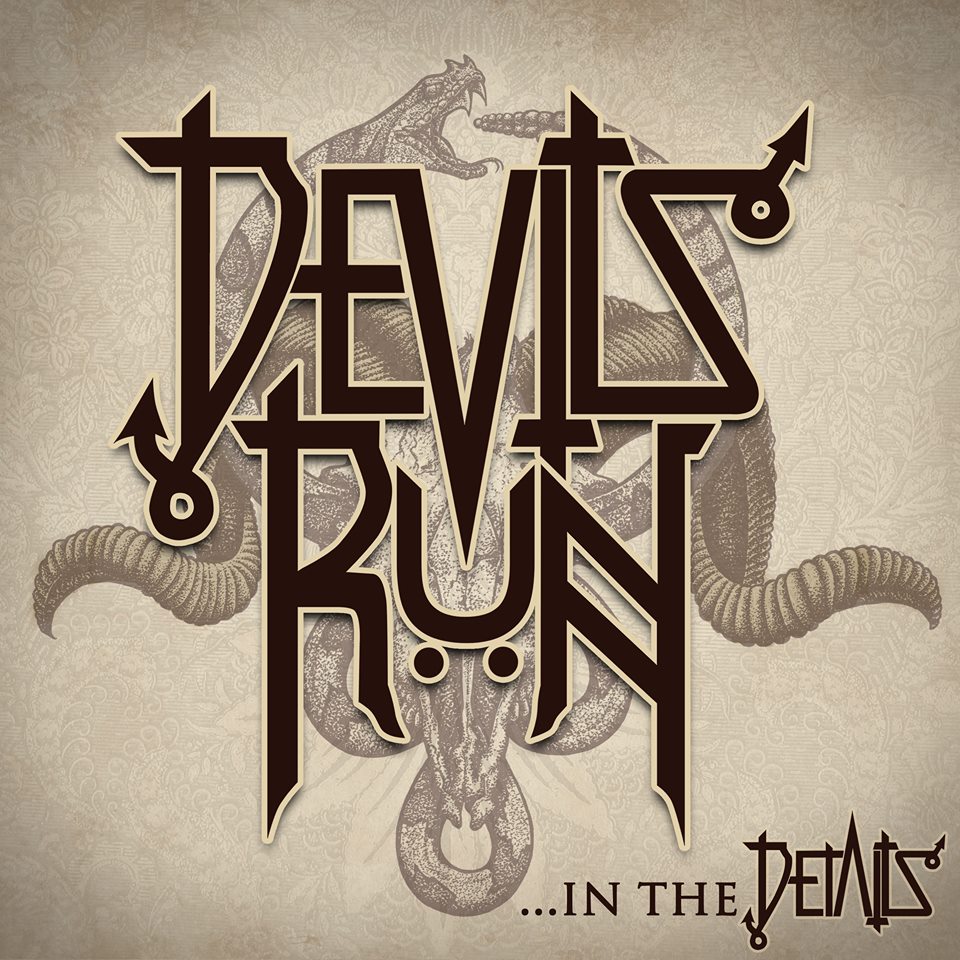 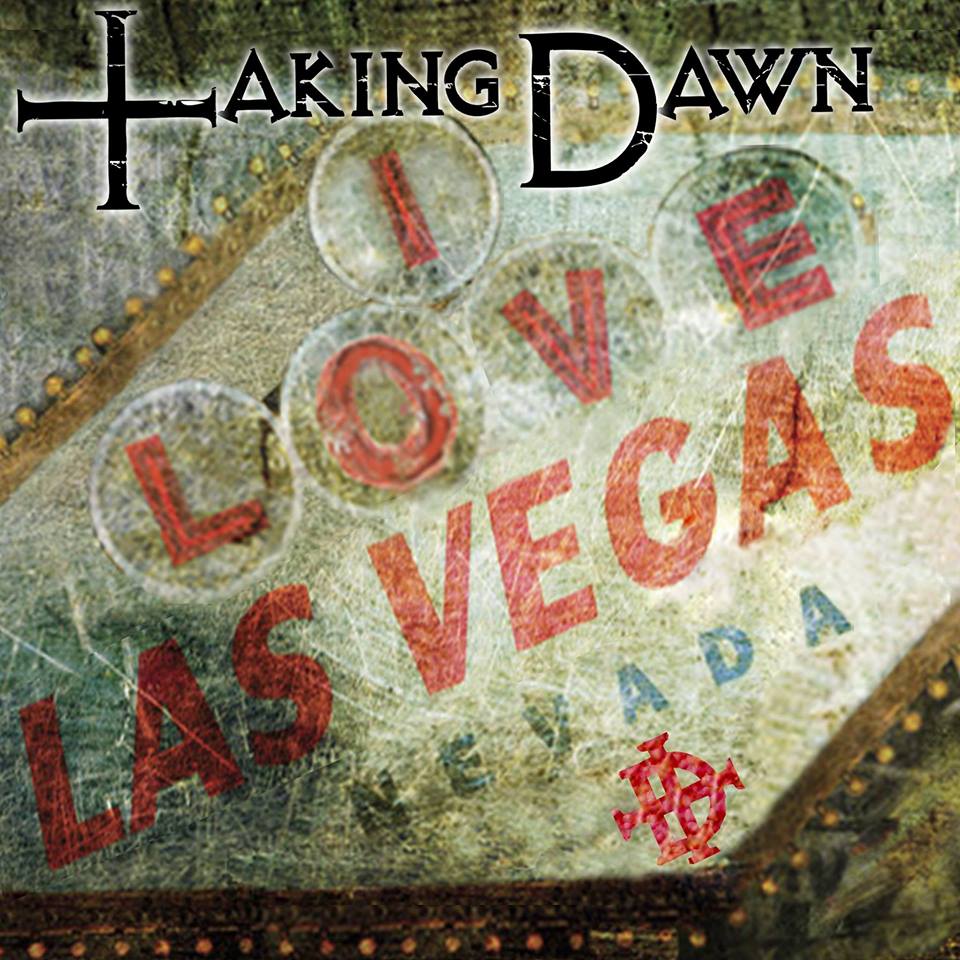 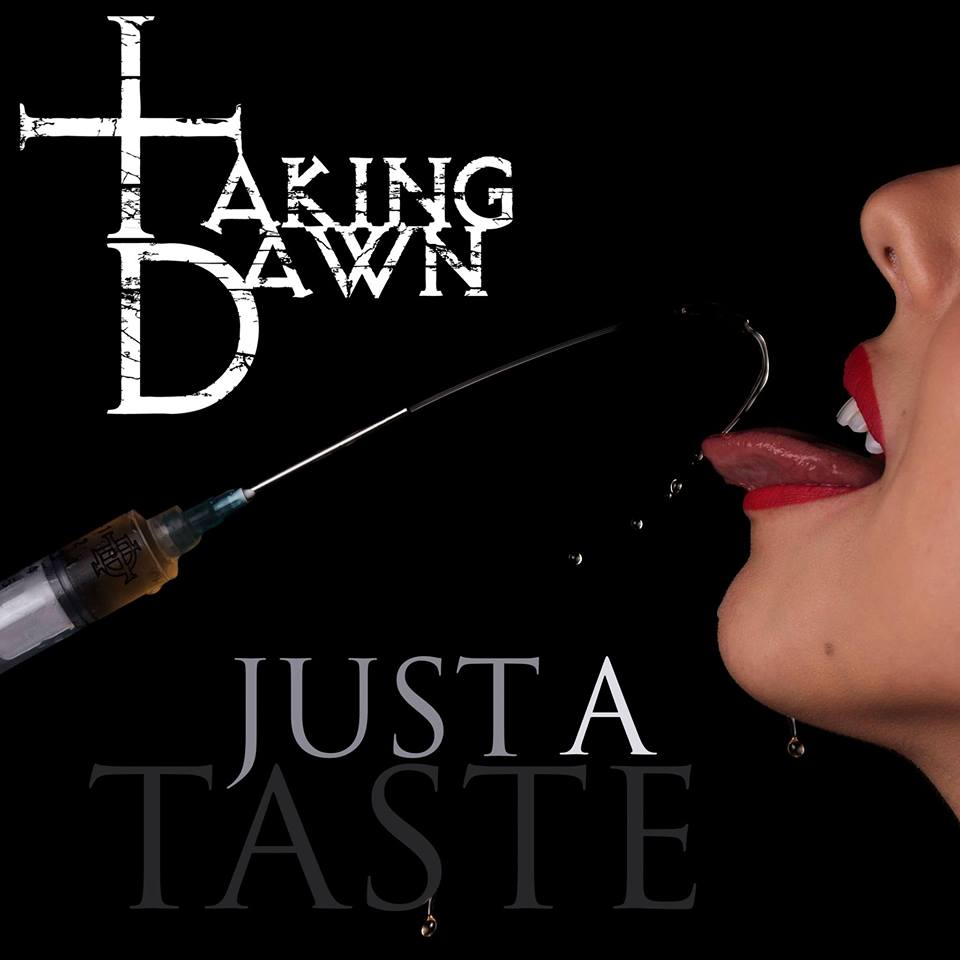 Since taking up the Taking Dawn name again, and one of the aforementioned high school friends of mine Geddy Reyes joining the band they’ve released two singles; “I Love Las Vegas” (which I’d like to nominate as an official theme song for the Vegas Golden Knights) and “Just A Taste” last year. I wonder what has been happening to their Roadrunner recording contract. I'm unsure of anything specific; but have wondered if it had anything to do with Monte Conner’s departure and the number of bands that followed him to Nuclear Blast.

One thing I’ve learned about in the business: The new person filling their bosses shoes often wants their projects and visions to succeed to the detriment to all but the Slipknots, Triviums, and Nickelbacks of the world. 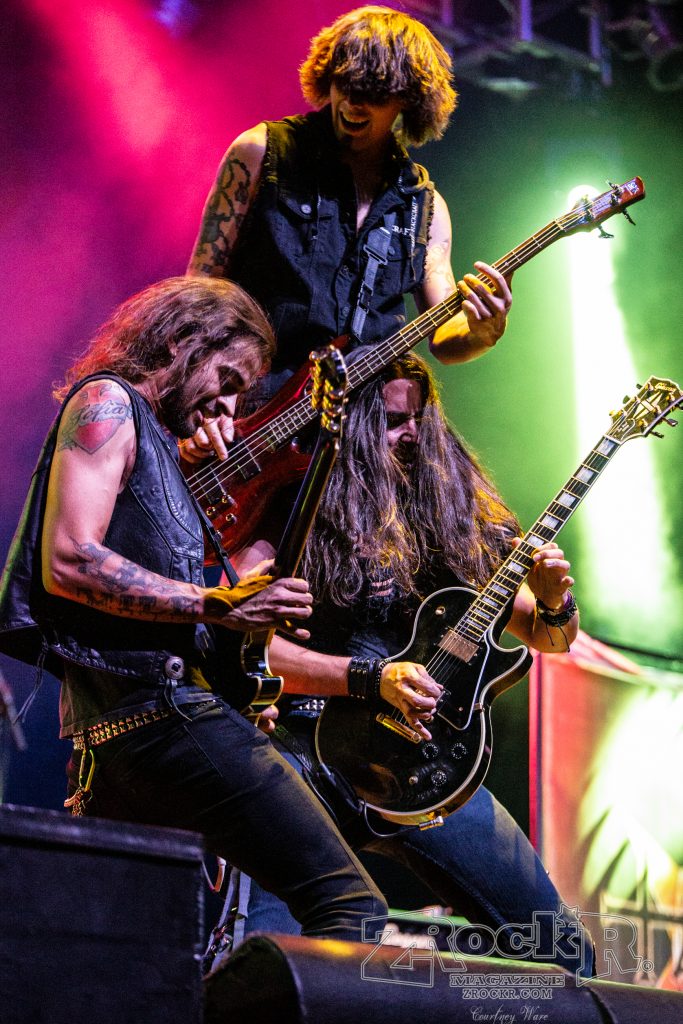 How many times have we seen this band now!?

I’ve now seen Taking Dawn what like fou-FIVE times now - wait six times now. If you live in the Las Vegas area and haven’t seen them live then HOW FUCKING DARE YOU?!

The band’s next show is March 21st, 2019. They will be headlining for John Gist’s Vegas Rock Revolution: Metal Madness with House of Broken Promises, Void Vader, and War Cloud at Vamp’d. 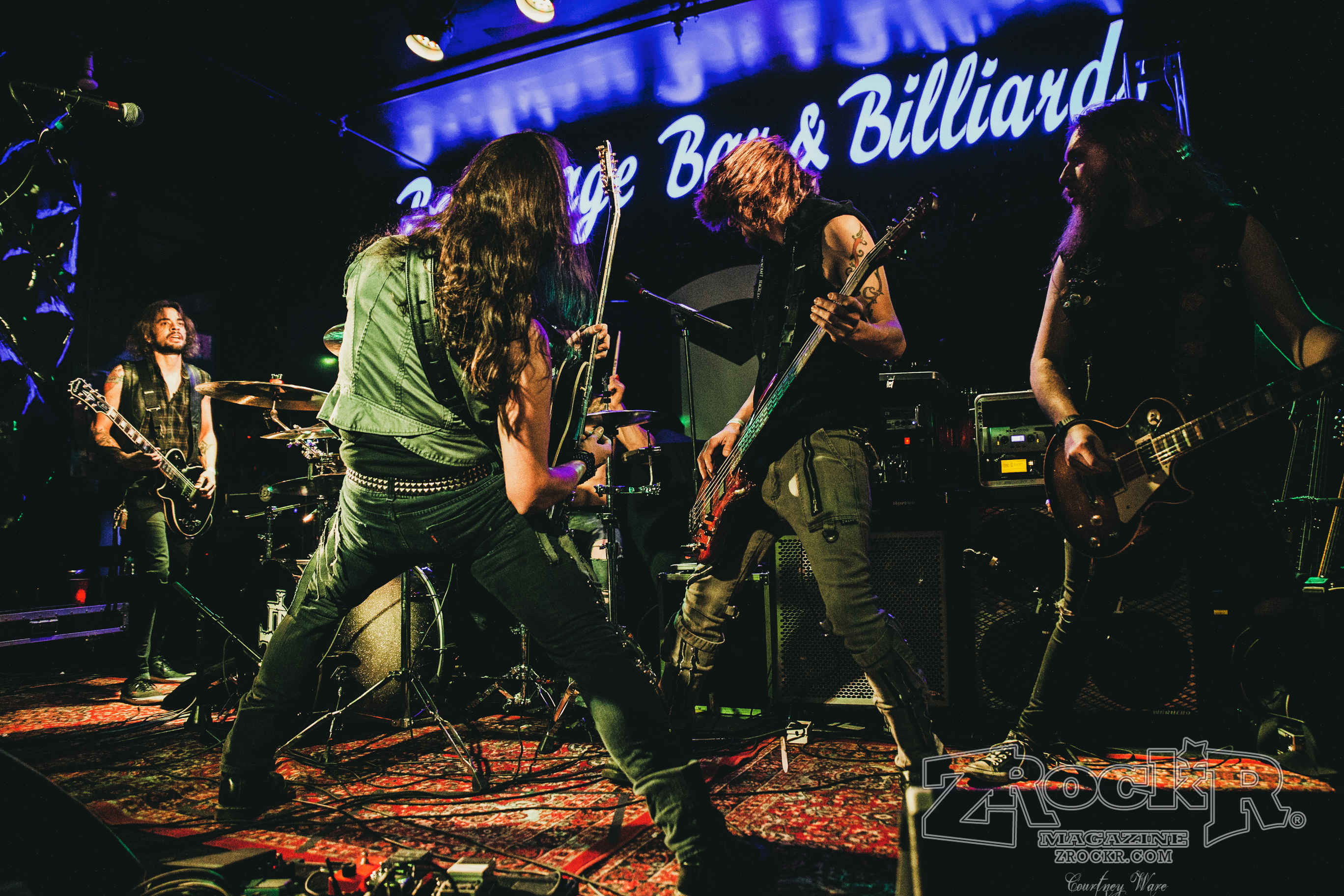 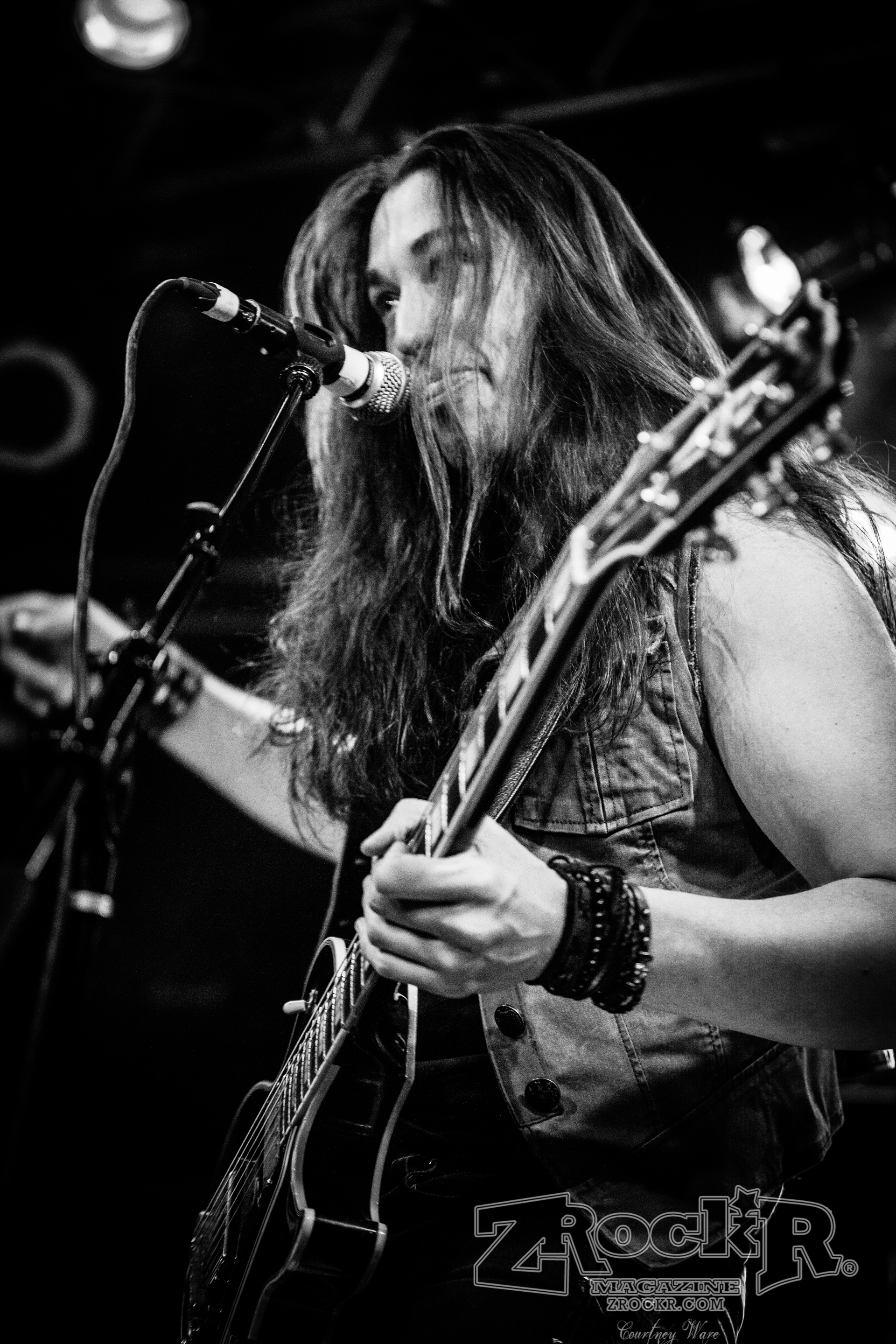 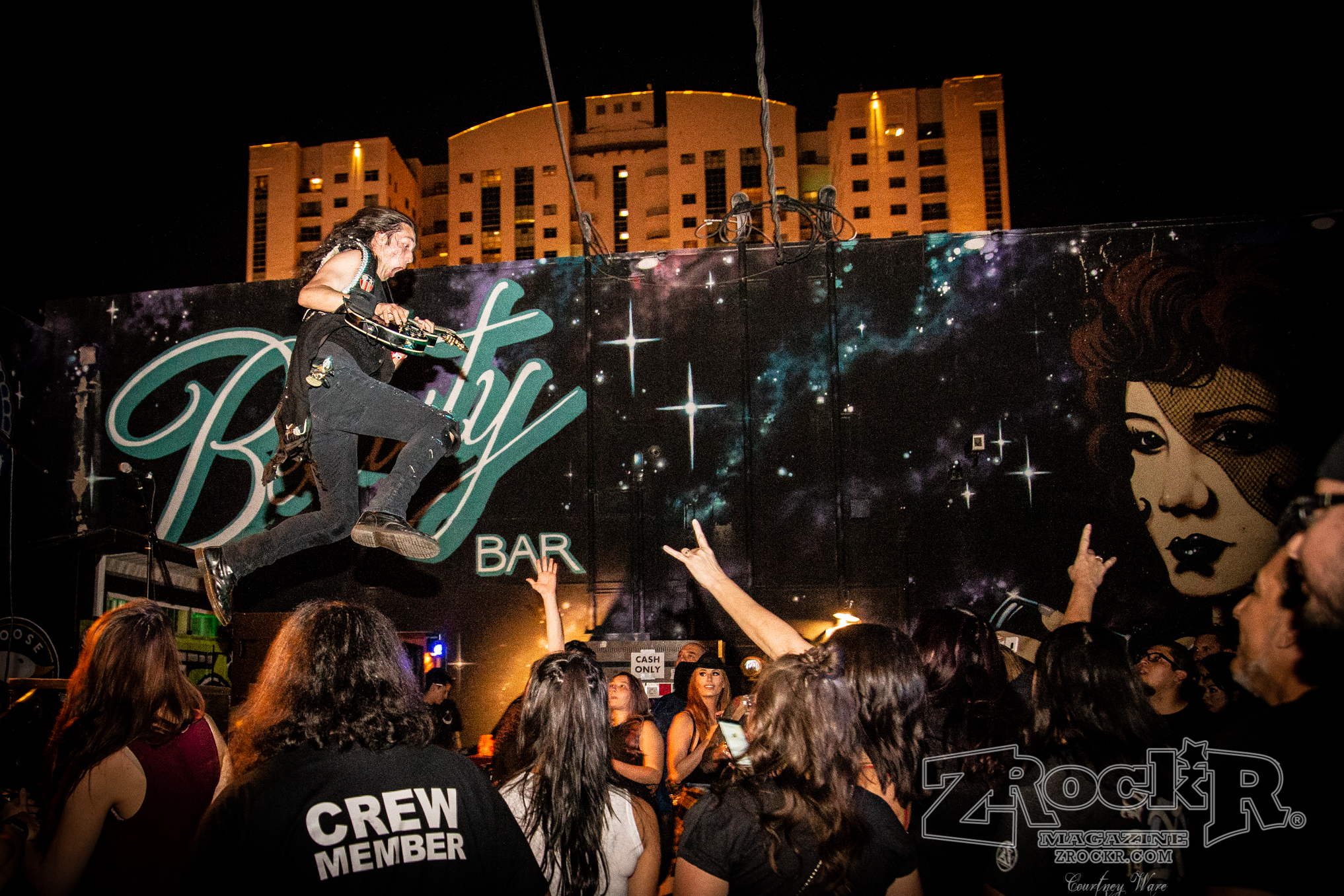 All live photos taken by Courtney Ware on behalf of Taking Dawn, contributed to ZrockR Magazine 2018-2019. Album/single art covers credited to the band, used for promotional purposes only.