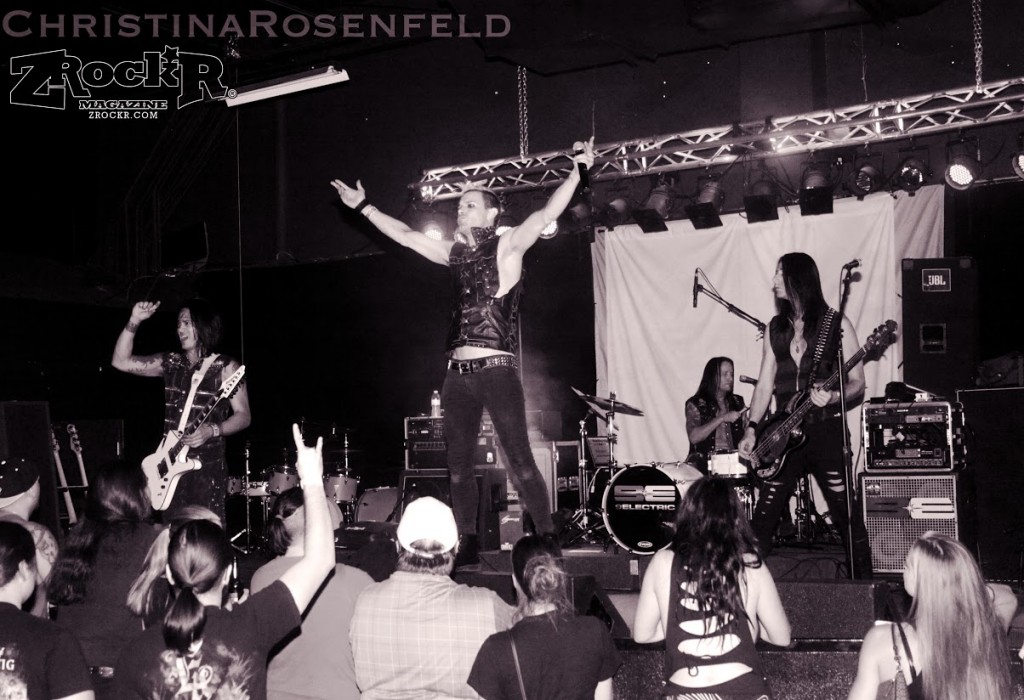 9Electric on stage at LVCS

Out of the depths of Hollywood comes this little hidden gem that's been on the verge of a major breakout since late 2011.

I'm talking about 9Electric. Featuring in their ranks: Ron Underwood on vocals, Micah Electric on drums, Mikey Lopez on guitar, and CaseyDC on bass.

I've caught these guys 7 times since early 2012 when they first blew my head off at the Cheyenne Saloon opening for American Head Charge. Since then they've rolled through Las Vegas sharing the stage with Spineshank, Static-X, and Powerman 5000, as well as even headlining their own show at Vamp'd.

These guys are what modern rock 'n roll is supposed to be. Extremely fun. Very loud. A little sexy. And even a bit humorous.

Someone wanted some water?

You can take away the electronics in their sound, and they'd still be a kick ass band. But it's those electronics that makes them that much better. Mixing an intense metal show with the best parts of a rave and that's 9Electric in a nutshell. And for people who need comparisons to create interest... Powerman 5000 + Dope + Gravity Kills with a little extra emphasis on the EDM side of things.

Whether Ron is singing about a "Filthy Girl", being out of "Control", saying "Goodbye", or being a ticking "TIME BOMB!"... if you've never seen 9Electric, it'll be hard not to be enthralled with their enthusiasm and energy.

"Feel This" is still one of the best songs NOT on the radio stations and should easily be a Top 40 hit. "Destroy As You Go" still kicks my ass live, even without Wayne Static's vocal presence (in the studio recording). 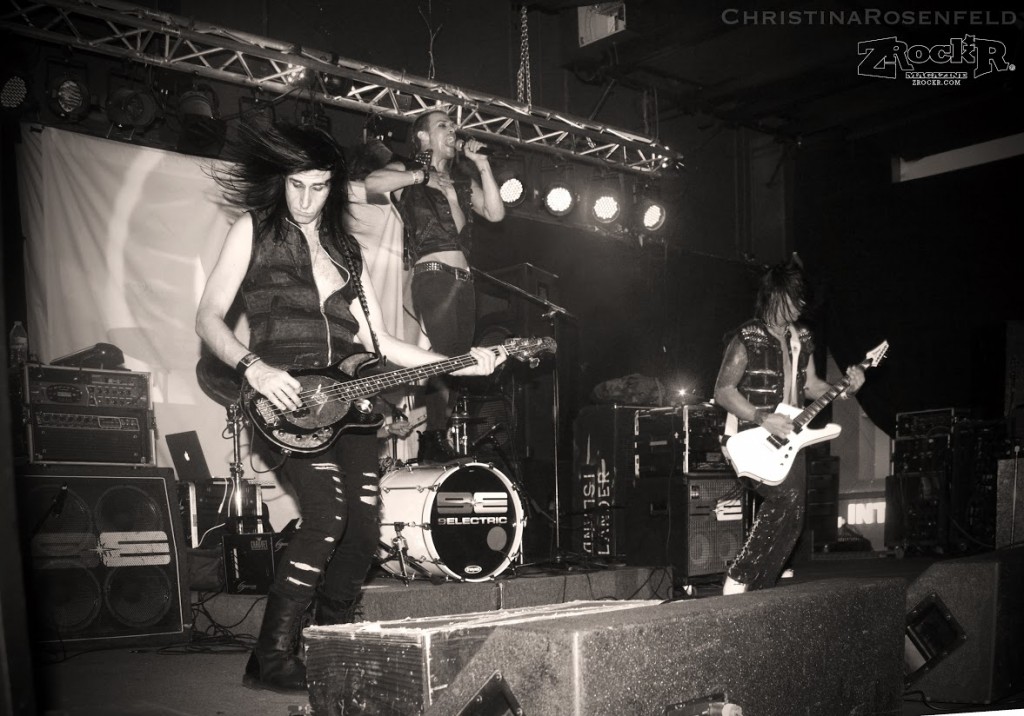 I've seen these guys play to a packed house, and I've seen them play to 20 people, and they bring it, hard and loud, every single time. And while I'm still waiting to hear that full debut album, I've got their 2 EP's in my possession and bob my head with every beat driven tune.

They're one of my favorite bands and I've gotten numerous people into them, even my mom! And I definitely hope they grow and grow because they work their asses off and tour tour tour and write write write and it's about time they get some recognition!

Did I mention that they close with AC/DC's classic "Dirty Deeds Done Dirt Cheap"?

It's played extremely well. Don't turn a blind eye to 9Electric. You just might miss something you weren't expecting. 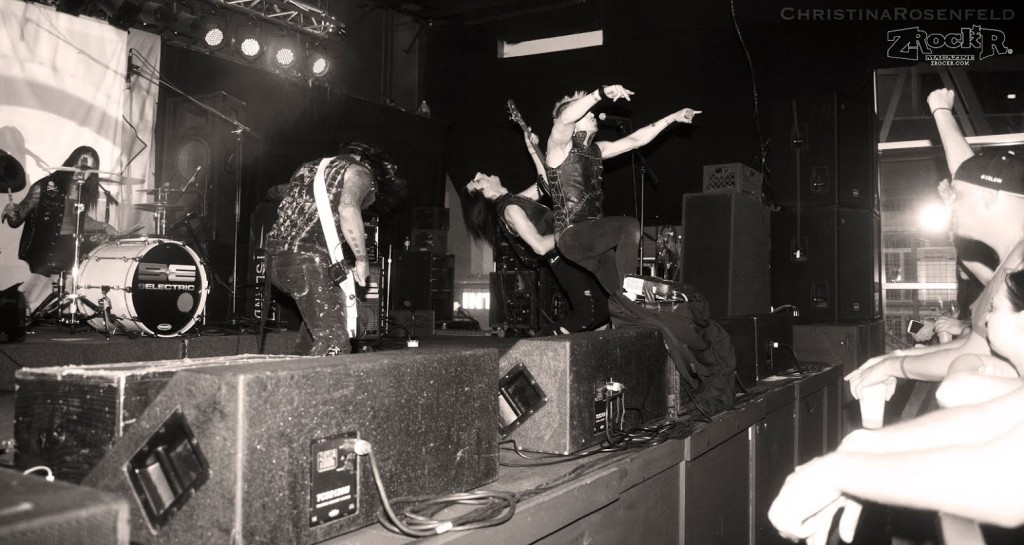 GUITARS AND GEAR: Sterling by Music ...