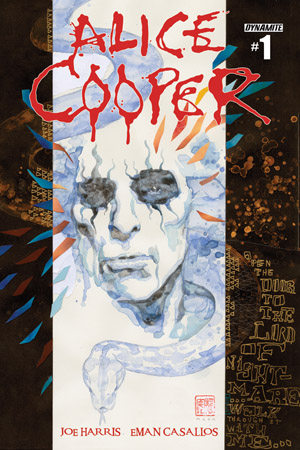 Alice Cooper has always been a larger than life persona, a character allowing Vincent Fournier to be just a normal guy. He’s spoken of in third person, as someone else who does the horrible things acted out on stage and sung of on albums. This allows Alice to take on another life in his latest adventure, a new comic book series.

This isn't the first time Alice Cooper has been in comics; he was a guest star in an old Marvel series, and legendary writer Neil Gaiman (The Sandman, The Graveyard Book) wrote a fantastic mini-series that tied into the highly underrated The Last Temptation album. This, however, will be Alice’s first ongoing series.

Whereas The Last Temptation used the Alice Cooper character as more of a fantasy figure, separate from his stage persona, this new series incorporates his musical legend into the story. I don’t want to get too much into the plot so as to avoid spoilers, but Alice seems to have a job similar to Ghost Rider, if you are familiar with the movie or comic series it was based on. He can also be summoned through his old albums, showing us that what our folks told us about playing our albums backwards might have some merit. (As I write this, I realize that this may have no meaning for a younger generation of readers. But hey, it’s not my fault you missed out.)

The first installment of a new series often deals with so much laying of groundwork, that the story gets bogged down. That is the case here. The artwork by Eman Casallos is outstanding, but the story barely gets off the ground, largely due to the length restrictions of the format. Writer Joe Harris, who has gained some notoriety working on the X-Files comic book series, is a major talent, and I am confident the story will take off soon.

I couldn't resist picking this one up. Back when I was in 7th grade, Alice Cooper was my first rock concert, on the Alice Trashes the World tour, supporting his comeback album, Trash. I've been captivated by him ever since. If you're a collector, or an Alice fan, this would be a good one to grab, but if you’re hoping for an amazing story, it remains to be seen if it will deliver. 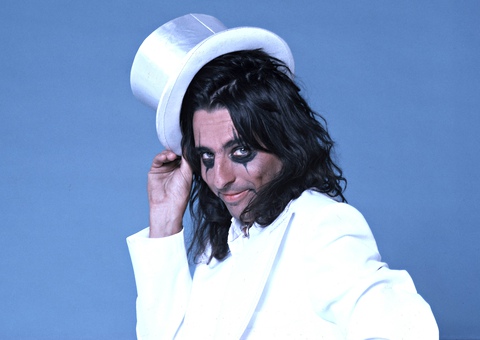