The Women Who Rock Las Vegas Featured On LVRocks.com's Women of Powerhouse This Friday Night! 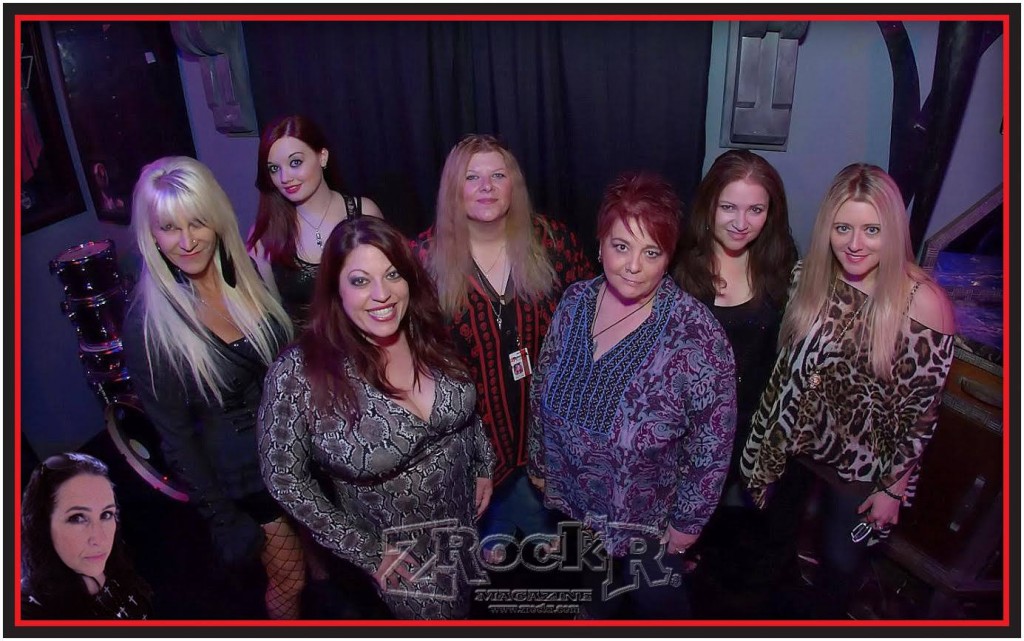 The Women Who Rock Las Vegas

Coming up THIS FRIDAY NIGHT on LVRocks.com- The Women Who Rock Las Vegas! With Zrock'R Magazine Editor and Co-founder, Sylvia Lee,  Claire Jane of ICJUK,  Julie Pyle- Channel 13 Executive Producer. who also oversees booking of talent for Valley View Live ,  Traci Smith of Rockin' Las Vegas,  Nicki J. Hiers of Hiers Artistic Visions Entertainment Network,  Roxy Gunn of The Roxy Gunn Project,  Mel, the Hostess of 92 Minutes of Hair on KOMP 92.3 Las Vegas,  and Samantha Ratcliffe-D'Arrigo of Vegas Rock Dog - Rock 'n' Roll Clothing for Hip Dogs and Humans!   They will be on the LVRocks Presents: The Ladies of Powerhouse Social Club hosted by Udana Smith on LV Rocks Powerhouse Radio at 7:30PM Pacific Time in The USA.  The show is on right before the King Hesh show - which is 3 hours of some truly awesome metal!

The Women Who Rock Vegas (and this is but a small sampling- we can't forget people like Korie Koker and the great stuff she does at Vamp'd,  Nicole Sligar and her years of work with Shoestring Promotions or Diane Figg and the promo she does, or the legend that is Jenn O Cide and so many others in this amazing city!)  will be talking about the music scene in Las Vegas and women in the Industry!  This will be a fun night with some amazing women- do NOT miss it! No matter where you are in the world you can go to www.lvrocksradio.com  and hit " listen live"  to hear the show! That is THIS Friday, the 14th, at 7:30PM PACIFIC Time!

INSIGHTS INTO THE KICK OFF OF YOUR ...

King Diamond Takes Over the House of ...