Home›Reviews›Beardfish - +4626-COMFORTZONE is an Album of Fantastic Progressive Rock from Sweden!

Beardfish - +4626-COMFORTZONE is an Album of Fantastic Progressive Rock from Sweden! 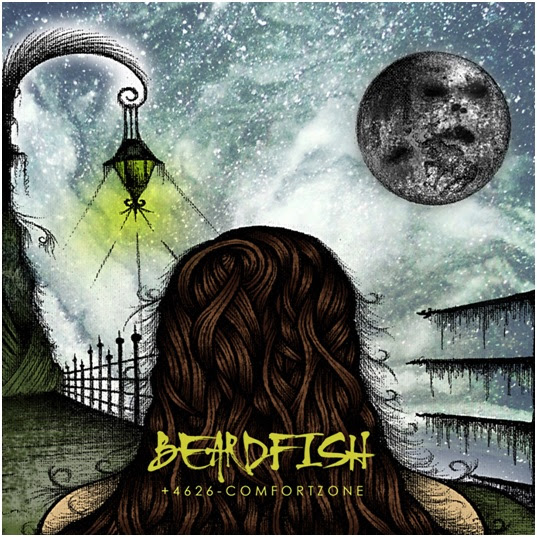 Beardfish is a progressive rock band hailing from Sweden. They are strongly influenced by classic 70’s-era prog bands such as Genesis, Yes, and King Crimson.

The title, +4626-COMFORTZONE, is a take off on the American advertising practice of using a phone number to send a alphabetical message, such as 1-800-PAINFREE. +4626 is the phone code for where the band resides.

In announcing the album, the band had this to say: “The comfort zone is the invisible protective suit of negative thinking, almost like an entity of itself. It’s been with you since birth: your parents and your teachers and your friends and your neighbours all teaching you the way the world works – this is how it is and will be and there’s nothing you can do about it. The negative vibe is like a voice living inside of you, a companion through life. With time you start to like that voice and the place it takes you to: your comfort zone. I’m so sick and tired of it and I want to address it and maybe in that way start to work my way out of it.”

So we have a collection of songs, each referring in some way to a comfort zone. In the title track, the main character speaks of wanting to extend his time on earth, even though he hates it and everyone around him. “If We Must Be Apart (A Love Story Continued)” tells of a woman who longs for a past relationship, even though she is married and pregnant.

My absolute favorite track on the album is “Ode to the Rock’N’Roller.” The title character struggles with having to play the same simplistic, tiresome songs, night after night. During a performance, he is swept to another dimension, “where they make music that’s not written to accompany the vacuuming of your (apartment).” The melodies and groove are the strongest on the album, with a liberal dose of Zappa-esque humor and musical changes. The Rock’N’Roller is surprised by his musical excursion: “Woah, what the hell was that? Like I was running around on a fucked up music sheet. One minute I was rollin’ on the river, and the next I was caught up in the rites of spring.” OK, an Ike and Tina reference right into Stravinsky. That’s just awesome. Our hero is dismayed to find that crowds only want the same stale crap. “They didn't come to listen, they came here to drink. So play those three chords over and over so they don’t have to think. As long as the beat keeps pumpin’ (The crowd shouts “Play Creedence”), and if the pint of lager is cold. Be that noise in the background. Just keep it on the backbeat, the rhythm of drinking, till the singer goes ‘yeah, yeah, ye-ah!’ Everything is just fine.” I just can’t get enough of this song.

If you’re a fan of classic progressive rock, Beardfish is well worth a look. The CD comes with a bonus disc of demos and outtakes from the band’s early years.

The Pale Emperor - The Latest Studio ...