Home›Features›Going Wood: How to Fail in the Music Business Without Really Trying

In the list of "World's Biggest Scumbags", right below Hitler, but maybe a notch above The Guy Who Invented Car Salesmen, would be record label executives. Now, just like lawyers, I'm sure there are a few good ones out there, but for the most part, they are about as trustworthy as a crackhead baby sitter. Which, ironically, is what most of them are.

Now, I am fully aware of how it appears when a small change musician such as myself rallies against record labels. It can easily be attributed to sour grapes, or lack of talent, and they would not be false. However, I do know that it is definitely not just me that has had these experiences. Sure, you've all heard of stolen money,unpaid royalties,and lost songwriters rights. Those are the sexy stories, but they don't give you the true feeling of sleeping with the enemy. So, like scuba gear in a sauna, let's see how uncomfortable this makes you feel:

1995- I'm turning 20. Not a real milestone, but important none the less. While looking forward to a small party with my band mates and friends, I get a call from our A&R/Vice President/only guy who hasn't bounced a check,yet who invites me to his office for lunch. I head up to his building and he wishes me a happy birthday. He then says "Come on, time for your presents".

We proceed to a nice sushi place for lunch. We then hit the shopping district where he buys me some jeans and a shirt, basically telling me as we enter the store to "Pick out what you like". Now, I'm no fashionista, but at this moment in my life my entire wardrobe consists of jeans held together with safety pins and shirts picked up at discount bins at truck stops. So, I was happy to freshen up. Our last stop is at a small music store. After noodling around for an hour I pick up a nice, warm sounding stratocaster, and Mr. VP gladly puts it on his American Express card, telling me, "It's an investment. You're going to be a huge star soon, and I know I'll make my money back ten fold. And you will never have to worry about needing new guitars again!" 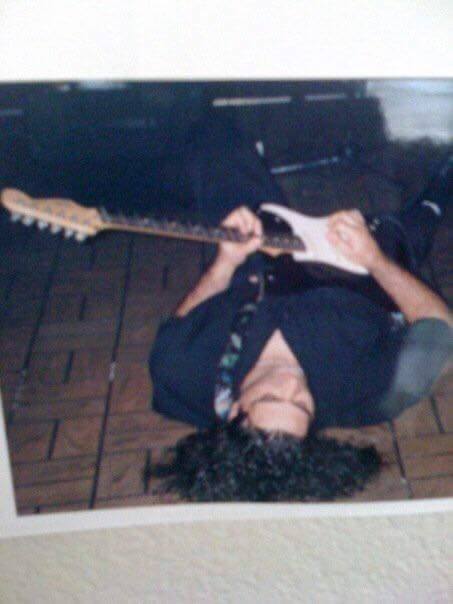 I came home and showed off my new presents with pride and quickly got ready for my party. " Wait!", you are saying.  "How is this showing what a scumbag record execs are?" Well, you didn't let me finish. You see, about 8 months later, when we where presented with our budget list and royalty statements for the past year, there, just above the large red negative number that was our balance. In essence our debt to the label, was the itemization of costs. And, below the recording studio rental and just above promotional photo shoot, was a number equal to exactly the cost of lunch, some clothes, and a guitar, neatly categorized as "gifts".

Yes, my birthday gifts where deducted from my royalties.

Steelheart - Live and In Person on ...