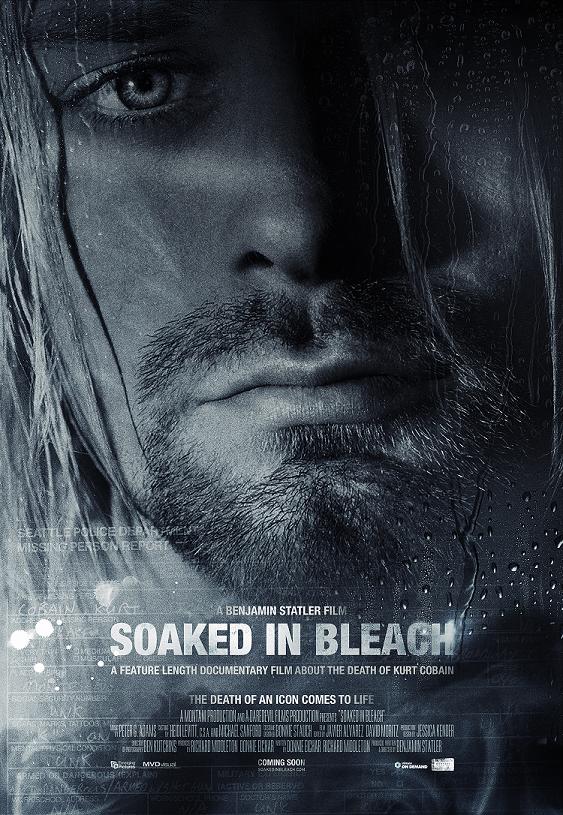 Soaked In Bleach is now available for viewing on Vimeo,  as well in assorted theaters around the world.

Over the 21 years since the death of Nirvana frontman Kurt Cobain, the world was lulled into believing Kurt was a depressed suicidal mensch who hated himself and just wanted out. However, many books have been written and there have been a few films to note, that have all raised the question of was it really a suicide? The question and possible evidence constantly kicked under the carpet or dismissed as fanatical rants, conspiracy theories and even at times reputations called into question all because of a quest for the truth.

The film centers around the investigation done by former L.A. County Sheriff's detective, and later Private Investigator Tom Grant's treasure trove of documentation, tapes and files which he began to gather the day Courtney Love hired him, due to his feeling something was amiss, to find her husband, Kurt Cobain, who left the Exodus Rehab center and seemingly went missing. Private Investigator Grant, after his first meeting with her, made the decision to document everything regards this case that he was handed on Easter 1994- which only got stranger and more deluded the deeper he got into it. He continued on for his search into the truth of the events of the last week of Kurt's life and the things surrounding the death of the icon, thankfully. 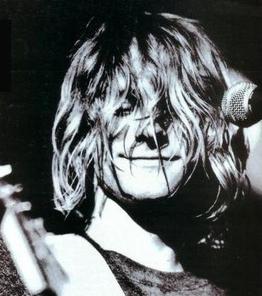 The film is well put together, the facts are there for you to hear in the audio from the tapes that Mr. Grant recorded and there are interviews with key experts, among them well respected forensic pathologist Dr. Cyril Wecht, Forensic linguist Carole Chaski ( who is considered an expert in the field of author identification research), as well as key witnesses and an examination of the official artifacts of the Cobain case. The events re-enactments are well done. The portrayals of Ms. Love and Kurt's best friend Dylan Carlson ( who incidentally was insistent that Kurt was not suicidal and found the idea laughable by some accounts ) were artfully portrayed by Sarah Scott and August Emerson respectively. Jerry Hauck as Seattle Police Department Sgt Donald Cameron ( who was later retired quickly once corruption charges were being discussed for his impropriety in another case in which former Seattle Police Chief Norm Stamper states in the movie he was to be fired over) truly makes you want to reach thru the screen and just slap the smirk right off his face. It is obvious that Cameron and the Seattle Police Department wrote it off as just another junkie dead and made a rush to judgement. One that Police Chief Stamper states that if he was still in office he would reopen the Cobain case so it could be fully investigated. I wonder why he allowed things to be done in regards to this case the way they were in 94?

It should be noted that prior to the film's release to the public, attorneys for Courtney Love tried to stop the showing of the film in theaters by delivering cease and desist letters to a good many theaters- it should be noted that only 1 of those theaters caved and pulled the film- it shown everywhere else. ( If memory serves, Wasn't Courtney a speaker at the ACLU's Torch of Freedom Gala in '97? 1st Amendment is something they support- perhaps she didn't know...) 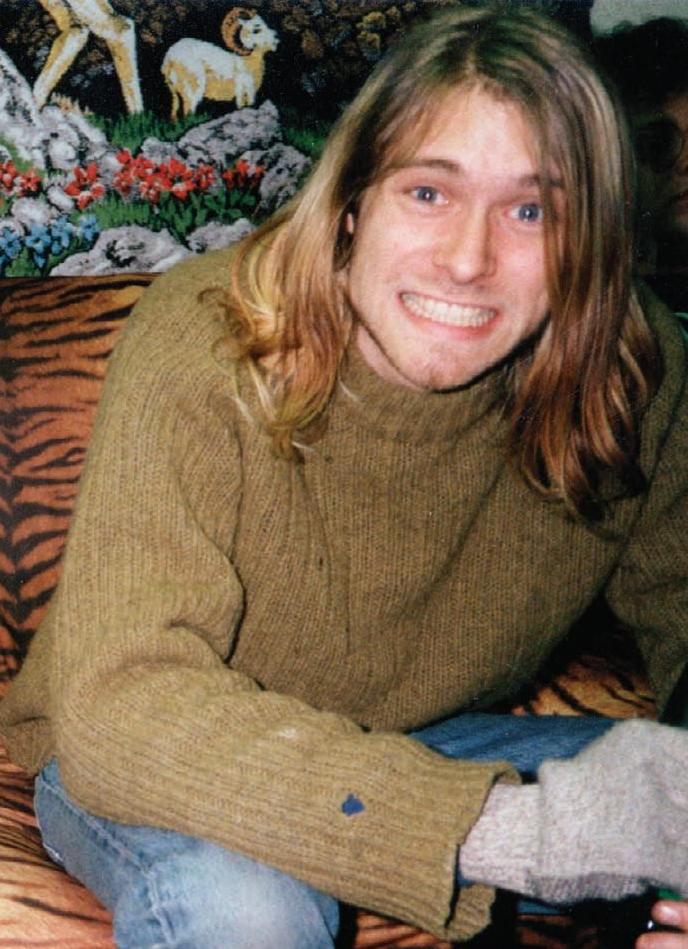 Kurt Cobain was described as " sweet and caring" by some friends, " Optimistic" and " an inspiration" by others. Kurt was definitely NOT Suicidal according to Dylan Carlson, Kurt's Best Friend at the time in his various interviews with Tom Grant.

There will be a lot of debate I am sure surrounding the film, but I think what evidence was presented is irrefutable and the case should indeed be re-opened and investigated not only by the Seattle Police Department but also by an independent panel of experts who have nothing to lose or gain other than a full reveal of the truth. The hours of tapes, which are well guarded by Mr. Grant, should be made into digital copies for review should this happen ( and the originals put under lock and key so no "accidents" happen to them- as well as anything else he may have locked away that he hasn't shown the world as yet.).

The "spin" as they say for the past 21 years is that Kurt was a depressed suicidal junkie who took his own life that April day in '94. We all saw the news reports, cried as Kurt Loder broke the news on MTV and for those of my generation, it was the second time we lost someone we looked up to- but at least with John Lennon's death, we knew what happened and were 100% sure of it. This time around- we were sold a bill of goods, there was a rush to judgement and we want to know the truth. Thanks to Tom Grant and people like him, and the people who support what he has done and continues to do, maybe, just maybe- the truth that has been soaked in bleach for so long will finally will out, and Kurt's soul will finally be at peace in Nirvana. Reopen the case Seattle PD- you owe it to Kurt, and all those kids who were copy-cat suicides thinking it was the way out- to do so. 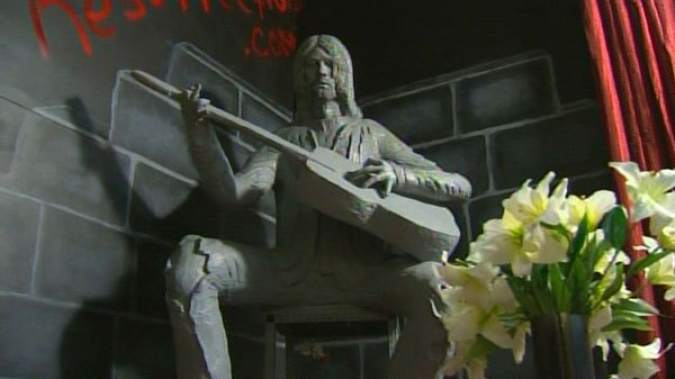 " RS: One of the songs that you cut from In Utero at the last minute was "I Hate Myself and I Want to Die."
How literally did you mean it?
KC: As literal as a joke can be. Nothing more than a joke.... "
~ from Kurt Cobain, The Rolling Stone Interview: Success Doesn't Suck by David Fricke
Rolling Stone- January 27, 1994
(Photo:  Statue of Kurt in his hometown of Aberdeen, Washington )

If you haven't yet seen the film- I can't encourage you enough to do so. Draw your own conclusions. Many of the facts that we have to date of the case are all there for you to hear and see.

There is a scene in the film where Courtney declares to Tom Grant as he is leaving her hotel room after a meeting to head to Seattle to further investigate where Kurt may have gone -" Save the American Icon, Tom!"
With the release of Soaked in Bleach and hopefully a re-opening of the Cobain case to follow as public demand increases to do so,   he very well just may.

Soaked In Bleach is available for purchase at Vimeo.com and is being shown in various theaters around the world- for cities and show times or to request a showing in your town you can go HERE.

PHOTO CREDIT: All Photos Gathered from a number of sources and are the property of those photographers/artists.

Graham Bonnet - The Voice of Rainbow, ...