Home›Reviews›Graham Bonnet - The Voice of Rainbow, MSG, and Alcatrazz is back!

Graham Bonnet - The Voice of Rainbow, MSG, and Alcatrazz is back! 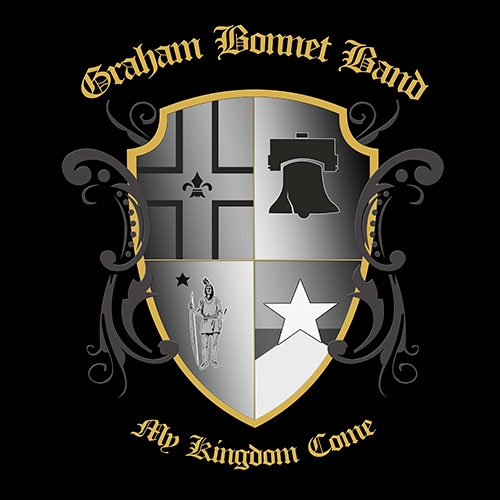 This single marks the first release from the newly formed Graham Bonnet Band.

Graham Bonnet is one of rock and roll’s most underrated vocalists. Having appeared on one album with Rainbow, one album with the Michael Schenker Group, several albums with Alcatrazz, and many others over the years, he has made a name for himself in the world of rock and roll. For years, he had largely disappeared from the musical spotlight. But, having formed a new band after so many years, Bonnet is back.

“My Kingdom Come,” the A-Side track on this single, is penned by legendary songwriter/musician Russ Ballard, formerly of the band Argent. Ballard had previously penned the track “Since You Been Gone,” covered by Bonnet when he was fronting Rainbow in 1979. Bonnet also penned many tracks popularized by other artists, and remains a legendary name in the rock-pop world. “The Mirror Lies,” the second track on the single, is a band original.

It has been quite some time since Graham Bonnet has been in the musical spotlight, so if you are a fan, this is, obviously, a long awaited release! How does this single fare, and does this pair of tracks mark the long awaited return of Bonnet so many of his longtime followers have been yearning for?

If fans of Graham Bonnet have been looking forward to him making a grand comeback, doing what he does best in the world of hard rock and melodic rock alike, they are going to be completely and totally satisfied with what his new band delivers on this single. Right from the get go, you have your answer; Bonnet is back with a vengeance! This pair of tracks straddles the perfect balance between heavy and melodic alike; fans will feel like his has truly “come home” upon giving these songs a listen. Of particular note in the title track is the wild keyboard work by Derek Sherinian; let us hope this guy will be a regular collaborator if a full-length album comes into being. Bonnet’s vocals sound as good as they ever have; no small feat considering it has been nearly four decades since Bonnet sang on the Rainbow song he is best known for.

It has been far too long since we heard from Graham Bonnet, and what does he do? Comes out of nowhere, and gives us a single with two of the best tracks he has ever sang on. Even long after parting ways with the bands he is best known for being a part of, this is a man that shows no signs of settling down. If you are at all a fan of Bonnet or classic-style hard rock in general, these tracks are a must listen.