Did you ever think you would see another Monkees album? This fan certainly did not.

The death of Davy Jones a few years back was definitely a blow to fans of the classic pop rockers. Surviving members Mickey Dolenz, Michael Nesmith, and Peter Tork reunited for a reunion tour of sorts following Jones’ death, which was ultimately well received by their followers. But would there be a Monkees future, half a century after their debut?

Good Times! is the twelfth studio album from the band overall, and the first since the Justus record in 1996. While the first record released since Davy Jones’ death from the group, he does appear on lead vocals on “Love to Love.” The album is a combination of entirely new recordings from the band members, as well as revamped versions of unreleased recordings/demos from the band’s initial days in the 1960s.

Okay, so there is a new Monkees record after 20 years. Is it any good? 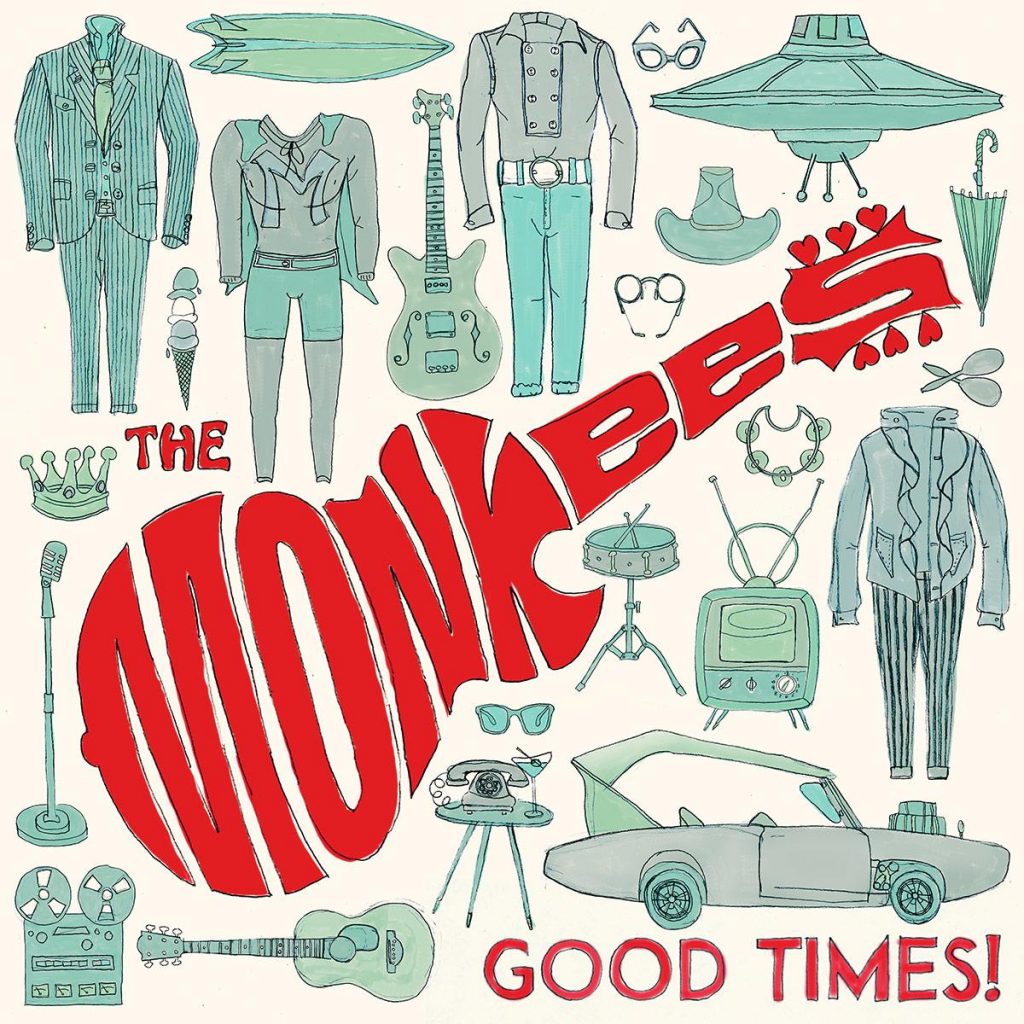 Good Times! is the latest studio album from The Monkees, and their first in two decades.

Perhaps the biggest surprise of this album is just how big of a throwback it is. Of course, the fact that many portions of what appear on here were actually recorded in the 60s could be a contributing factor in those regards. Many artists try to modernize their sound in an attempt to stay relevant and make an attempt (usually ill-fated) to get back to the musical mainstream. Certainly not the case on this Monkees record; this is the band having fun doing the music they love, and it shows throughout. Even the late Davy Jones sounds like he is having a great time on the Neil Diamond-penned “Love to Love” (the song, in an earlier, less polished version, had previously appeared on earlier compilations/posthumous releases). At only about 37 minutes, the album never wears out its welcome either.

Even the songs from outside contemporary songwriters come off as a major surprise since they fit in so seamlessly with everything else. The result is that, even though you have elements of things on this record that were recorded nearly 50 years apart, it all flows together surprisingly well. The sound on here only occasionally feels “modern,” the good majority of this album is a flashback that makes no apologies for what it is. There is still diversity in songs, from more pop oriented songs to superb ballads. That just makes me like the album even more, and I have no doubt longtime fans are going to see this as a welcomed addition to the band’s discography.

Combining classic, unreleased recordings with revamps and entirely new compositions altogether, Good Times! delivers its audience just that – plenty of good times all around. Fans of The Monkees will be ecstatic to hear the group recording new songs, and all the more pleased to see that said songs are actually good. A highly recommended album for the fans.