In the late 80s, the Lorraine Lewis-fronted Femme Fatale entered the music scene with their self-titled debut album, and as it would turn out to be, their only release. “Waiting for the Big One” and “Falling In and Out of Love” were both fairly popular, and showed the world that the group was one of the potential stand-outs amidst a music scene that was quietly dwindling and planting the seeds of its own destruction. Lewis had an amazing, powerful voice, and the good looks to back it up; it seemed like this band could have been the next "big thing.”

The band recorded a number of demos for a second album, but this material never saw the light of day, and like so many of their contemporaries, quietly faded away and disappeared from the scene. Lewis continued to record other material on her own, and eventually would put together a new Femme Fatale band comprised of all women, herself being the only original member. For the years they have been performing, the “new” Femme Fatale has not recorded anything. 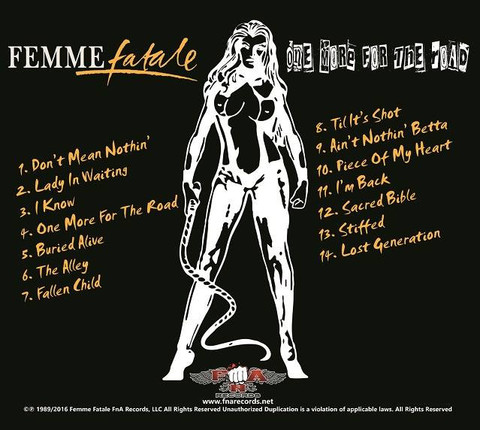 A look at the album tracklist.

In 2016, Lewis surprised audiences by releasing the unreleased demos that would have laid the groundwork for the second Femme Fatale album, recorded by the original band, that we as an audience never got to see back in the day! This FNA Records release is one that has long been awaited by fans of Lewis and her musical endeavors.

But is it any good?

Being a big fan of the first release for Lorraine Lewis and Femme Fatale, I was ecstatic to hear that the world was finally going to be able to hear these recordings that have remained unheard by the public for nearly three decades. The band sounds just as good as they did on their first record, but these songs are not “copycats” of those we heard on the debut album either. It is good to see that the band decided to try to differentiate from their debut, and it is truly a shame that many of these songs never got to exist beyond the demos that were made.

One thing that must be stressed as well is what was just said: these are DEMOS. This is not “the unreleased second album” from the band, but rather the demos that would have been crafted and reworked to create a second album. As such, the sound quality is very rough and not of the best quality, though it is still listenable and enjoyable despite this. And while Lewis is the only member of the current Femme Fatale to take part in these recordings, the current version of the group has added many of the songs featured here to their setlists. 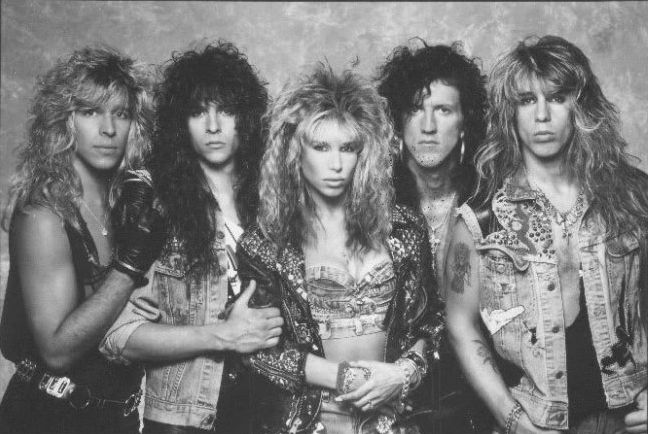 Photo from the classic lineup of the band that recorded this series of tracks back in the day (photo from FNA Records website).

There are straight-up rockers, hard and heavy songs, slower cuts, and a little bit of everything in between as well, helping the album to feel fresh and listenable. We even get a surprise cover of “Piece of My Heart,” the song popularized by Janis Joplin with Big Brother and the Holding Company back in the 60s! You can really tell that the band would have progressed substantially musically had they been allowed to complete the record proper and release it as they wished to. At 14 tracks, the release is a bit excessive; it makes one wonder if, had the band been able to finish the album, if it would have been narrowed down to the “best” songs of the lot. In either event, despite the somewhat overlong length, there really are not any weaknesses or boring moments to speak of.

Femme Fatale wows audiences a second time with this long overdue release of lost recordings. It is great to see the band is incorporating some of these songs into their current setlists; here is hoping we get a new album of original material from the band eventually as well. In the meantime, this release comes highly recommended to longtime fans, but Femme Fatale newbies should buy the debut album first.

Marvel Cinematic Universe - A Look at ...