With the release of Nintendo Quest last year, filmmaker Rob McCallum (who also directed Missing Mom) and his co-star Jay Bartlett have garnered the attention of the gaming community. But Nintendo Quest was far from the end of the story! With the movie completed, the twosome set out on another road trip, this time across the United States and Canada to premiere the film in a number of cities, and of course, to check out local game shops and fans of their work.

Obviously, you will want to see Nintendo Quest before you check out this follow-up volume, which largely builds upon what you will see in the movie, and what other people think about it as well, as evidenced at the premieres featured here. The presentation is split into nine separate episodes; the first eight are the stops into major cities to premiere the film, whereas the last is a bonus, disc-only “odds and ends” episode of things that did not fit into their respective cities’ episodes. 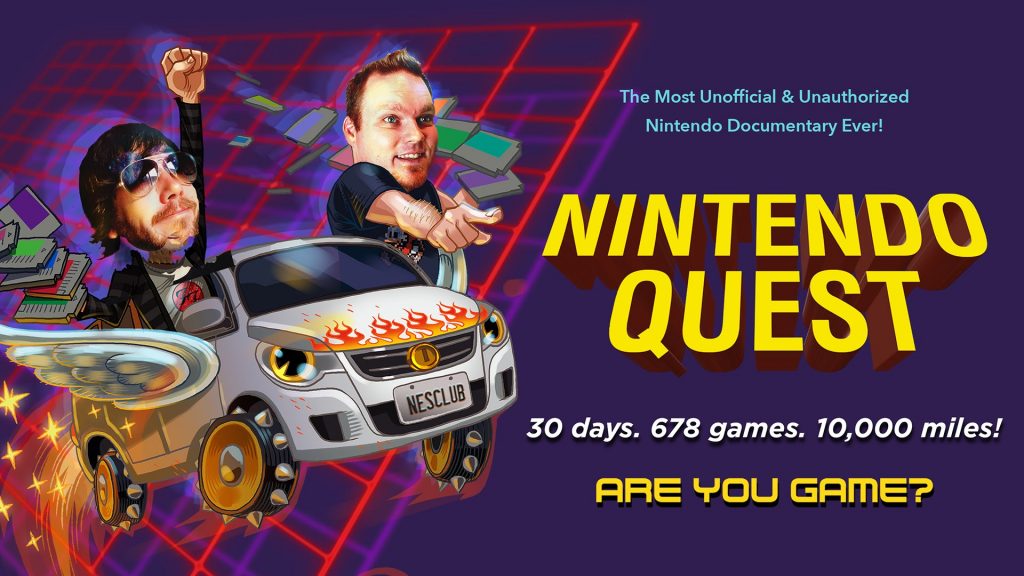 This is the follow-up to the Nintendo Quest documentary, featuring its creators taking the show on the road to premiere in multiple cities.

Another fun twist to the new journey is that it is not limited to simply “going to the movie premieres.” Jay and Rob stop off in these cities and scour the game shops, looking for games on their own respective lists that they keep secret from one another. This adds a fun twist to things; we as an audience have no idea what to expect, not knowing what games are on their lists, or them not knowing each other’s respective lists. Sadly, this gets thrown on the backburner in the latter episodes, but does return at the end of the journey.

“Challenges” of sorts are a nice addition as well, for instance having to compete at games with someone else. Some examples include a “dance off” in a game between Jay and a female follower of what they do, and Jay playing against a Super Mario Bros. 3 ace.

Not unlike the main Nintendo Quest film, the duo also pays a visit to some of the most extensive Nintendo game collections around America and Canada; any gamer will be staring at awe in what they see in some of these collections (I myself owned and sold many of these games that are now valuable and am kicking myself!) 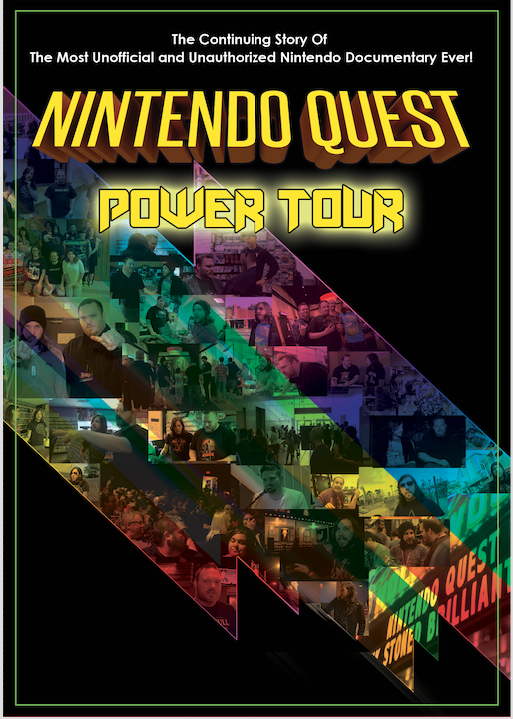 Like I said earlier, do not see Nintendo Quest Power Tour until you have seen the main Nintendo Quest movie, as clips from it are utilized in this follow-up, and people are sharing their opinions of the film following the screenings. Those who were fans of and enjoyed the film are going to like the continuing story as it plays out here across America and Canada.

One of my biggest complaints with Nintendo Quest was that prices of items were almost never mentioned on screen; this was done to keep the emphasis on the journey itself. Fortunately, Power Tour somewhat rectifies this by displaying game prices/negotiations/etc. more than the previous film does (though not all the time). This makes the experience a little more relatable for collectors when and where it happens.

Hearing the fans and their opinions after the screenings is another fantastic part of the experience. It is interesting to see what everyone thinks, and that their experiences seeing Nintendo Quest often saw it as more than just a “movie about collecting video games.” Having seen and reviewed the movie, I can definitely relate to these comments regarding the film. It is also interesting to hear the stars' views and the facts on the game stores that they visit. 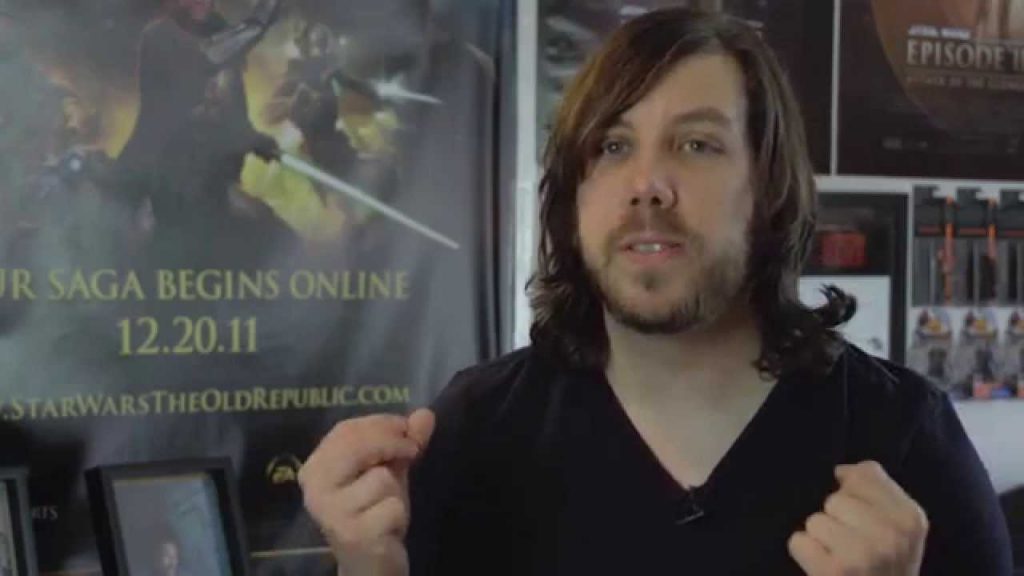 Jay Bartlett, the protagonist of the Nintendo Quest film, sets back out on the road for this multi-episode presentation.

You also get a more “personal feel” with these episodes, as if you are getting to know Jay and Rob better. Some of my favorite scenes were the Family Guy-esque “would you rather” questions between the two and the ongoing (and often hilarious) arguments that ensure. Admittedly, some of these moments drag a little, but the twosome will get more than a few laughs from you. Getting to hear their opinions of the screenings and how they went is fun as well, and, dare I say, touching at times.

I purchased the Blu-ray Disc version of the film, and the picture quality is excellent in nearly every scene, only some occasional pixelated and compressed footage of older gameplay footage really sticks out as a negative, but these scenes are rare and certainly do not detract from the experience. There are no traditional bonus features unless the ninth “disc only” episode is counted as one.

There are a few minor issues with the disc and how the episodes are set up. Noticeably absent from the disc is a “Play All” button, which would have been a nice convenience to have for the binge watchers. The other issue I have is that nearly every episode has a “this episode features music by so and so” disclaimer that appears TWICE per episode, and two separate ads for Retro City Games, again appearing twice per episode in most cases. I can understand having things in this format for an Internet presentation of standalone episodes, but having them on a disc where the viewer will be binge watching, it just feels repetitive and redundant, and probably would have been better relegated to the end credits of the respective episodes. That said, the disc has no annoying copyright/piracy trailers or anything of the like, and takes you right to the easily navigable episode selection screen.

Nintendo Quest Power Tour is a great follow-up to what will hopefully be ongoing gaming documentary experiences with Jay Bartlett and Rob McCallum, both of whom the gaming community is now watching closely for all the right reasons. There are some minor issues with the presentation, but these are ultimately nothing more than minor flaws. Any old school gamer who loves the retro experience will want to go on this Power Tour, but see Nintendo Quest first.

Sound of Purple - Rocking the Eastside ...

The Raskins Heading to The Foundry at ...