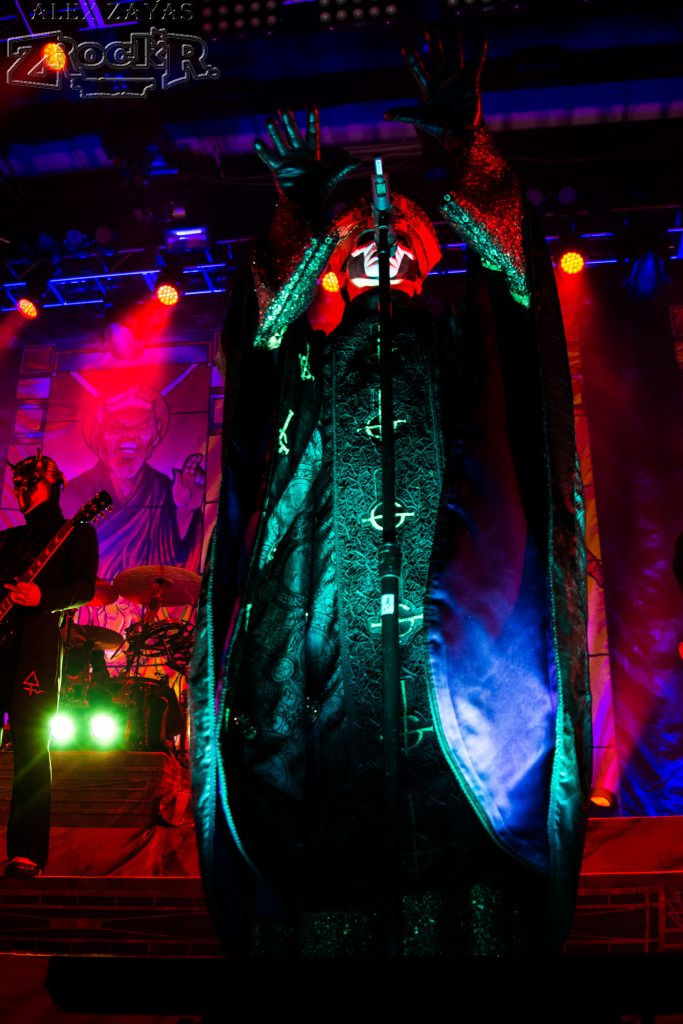 After having the pleasure of seeing them two years in a row, Ghost is one of those bands that just keeps getting better and better every tour. 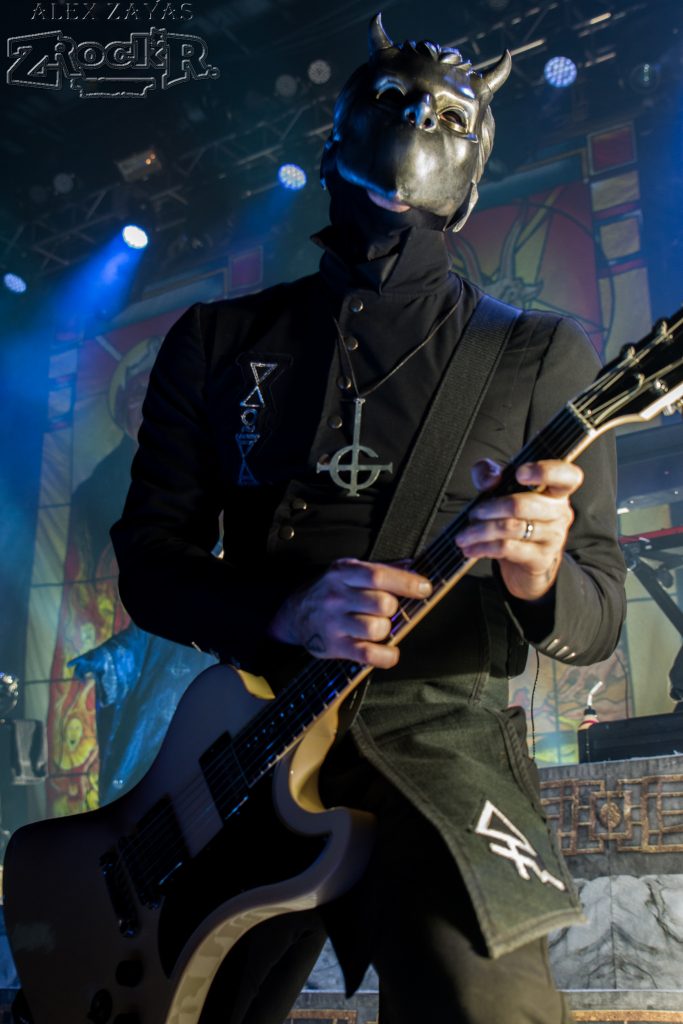 On October 22, 2016, they made a little stop on their Popestar Tour at Las Vegas' Brooklyn Bowl. They have improved their overall stage setup this tour to include a black and white checkerboard floor, marble-like materiel between the riser, CO2 cannons, and confetti.

The band started the night out by playing their new single "Square Hammer" off of their recently released album, Popestar. As the night went on, the band played mostly songs off 2016's Popestar and 2015's Meliora , with a few favorites from older albums such as "Con Clavi Con Dio" off of 2010's Opus Eponymous and "Year Zero" from 2013's Infestissumam.

A pleasant surprise from this new tour were the addition of CO2 cannons, which blasted throughout the night. As Ghost went into Meliora's 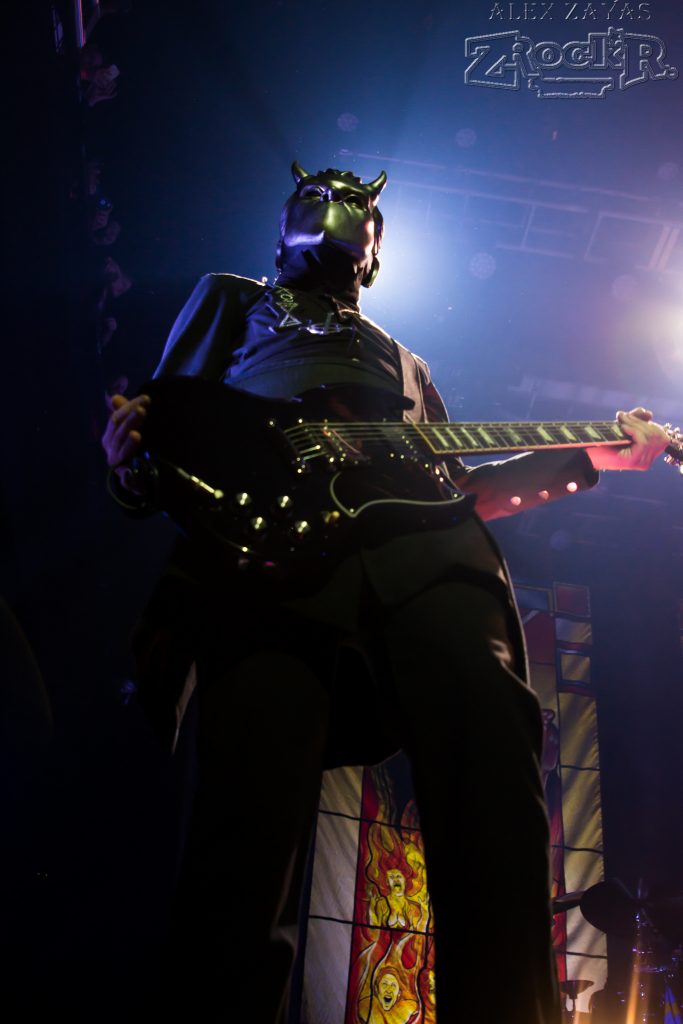 "Mummy Dust", confetti shot out of cannons and filled the room. "Papa Dollars" were mixed in with the confetti, which is completely new. The dollars included a photo of Papa Emeritus III in the place of a president and 666 as the denomination.

Ghost ended the night off with the song "Monstrance Clock" as their encore with Papa giving a very tongue and cheek, but charming "sex ed" talk, which the crowd couldn't have enjoyed more. As always, the band put on an amazing show with great sound, charismatic stage presence and a cheering crowd to accompany them. I look forward to seeing them on the next tour!

Check out our other coverage of Ghost below:
-Meliora Album Review
-Black to the Future Tour Review
-Tour Zero Year 2014 Tour Review 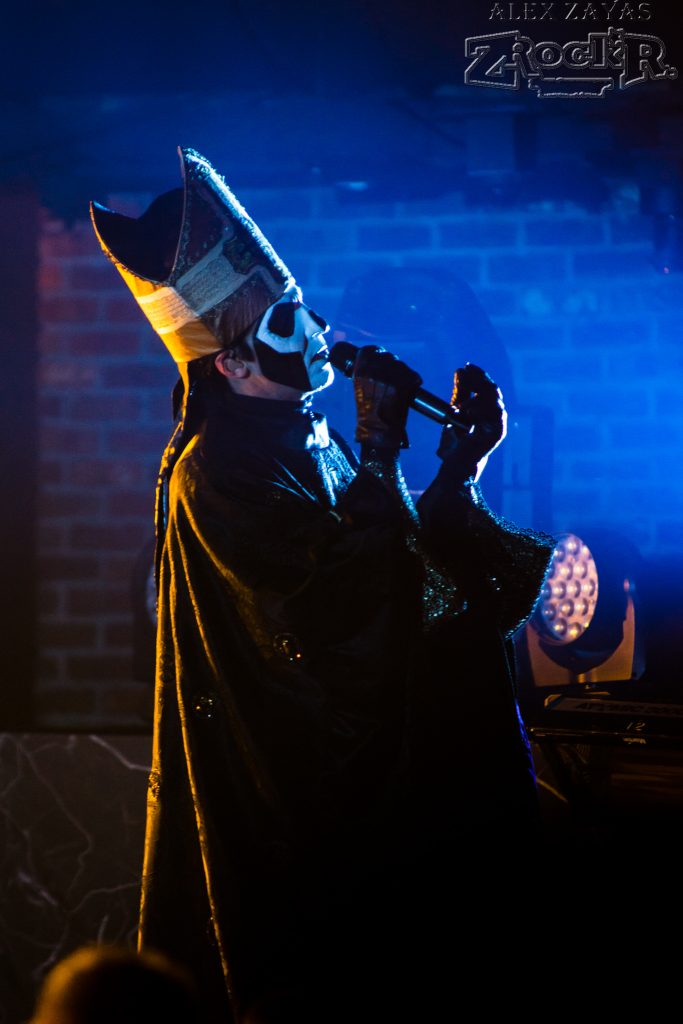 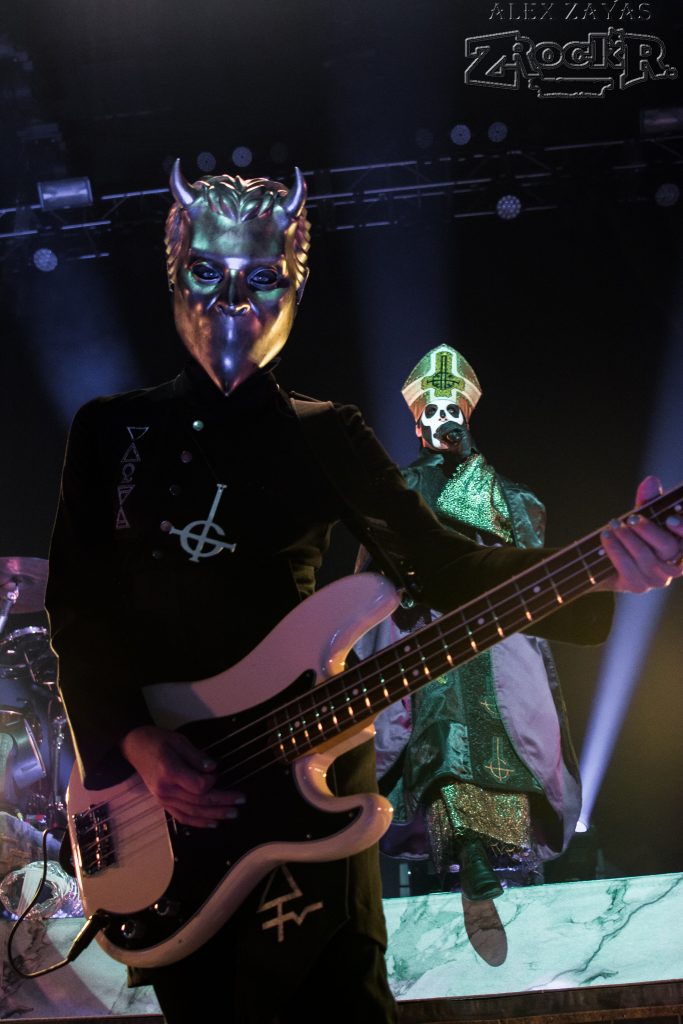 CC Storm - Passionately Angry is the ...